If you are a currency friend who often focuses on encrypted information on Twitter, you should have seen the topic of "miners surrender" not long ago.

At the end of August this year, the popular analyst on the Twitter, PlanB, said that after every bitcoin price drop, many miners could not make a profit. The miners began to shut down the mining machine (surrender), the hash rate (power calculation) will be automatically adjusted, and the difficulty of mining will also decline. Until the miners can regain profits, the BTC difficulty will rise again. When the mining difficulty is raised to 100%, it is the beginning of a new round of bull market. 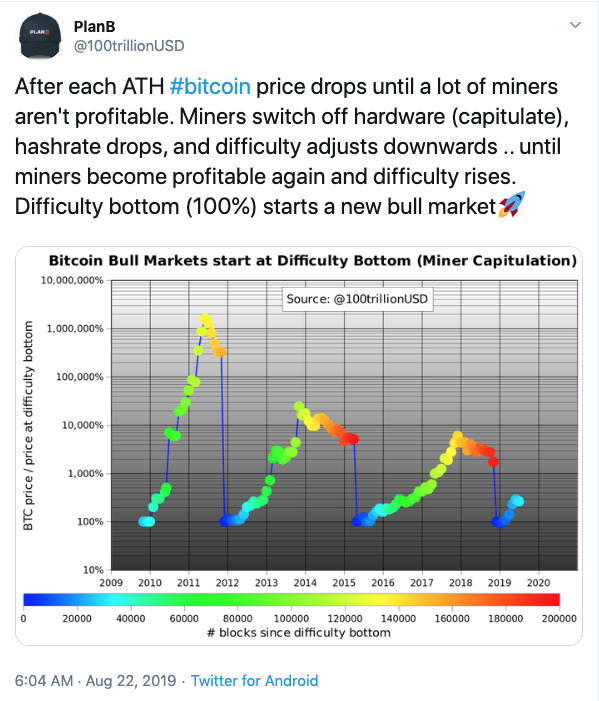 Later this view was summed up as: Every bull market began with the surrender of miners. The bitcoin mining industry will continue to push the price of bitcoin up after it is profitable .

Recently, however, another analyst on Twitter, ColeGarner, found that the BTC hash rate is currently on the verge of flipping, and the reversal indicates a drop in the hash rate, which is the leading indicator of miners' surrender.

First explain what is the miner surrender? And what happens when the miners surrender?

The surrender of miners means that when bitcoin prices fall and their mining machines become technically outdated, smaller non-industrial mining companies “get into trouble”.

This forces these miners to sell BTCs they earn through mining, usually at the same time to keep power supply, cash out or upgrade their future mining systems. This may sound relatively harmless – of course, miners need to sell bitcoin to cover operating expenses – but this will also be a vicious circle, especially if profitability is limited.

The panic selling of miners with insufficient capital strength will cause the price of BTC to fall. The long position in the secondary market will be squeezed, and the most end loss will plummet. Then, more miners will have to temporarily shut down and sell BTC.

In other words: Before the BTC hash rate bottomed out, the BTC first faced the selling pressure from the miners.

This reversal is when the long-term level exceeds the short-term level, indicating that the miners have stopped allocating resources to improve the security of Bitcoin.

What happens in the encryption market?

Miners selling bitcoin sounds less scary. After all, Bitcoin is a huge market worth more than $100 billion. There are no altcoins and cryptocurrency-based derivatives.

AMBCrypto reports that miners will be able to break even if they sell at least $6 billion worth of bitcoin each year.

But despite this, the history of miners surrendering shows that investors should be wary of the surrender of miners, after all, every time is an unimaginable decline.

For example, refer to the price trend of Bitcoin in 2016. The reversal of the hash value caused the BTC price to fall by 30% for a short period of time, and then finally achieved a breakthrough after several weeks of consolidation. 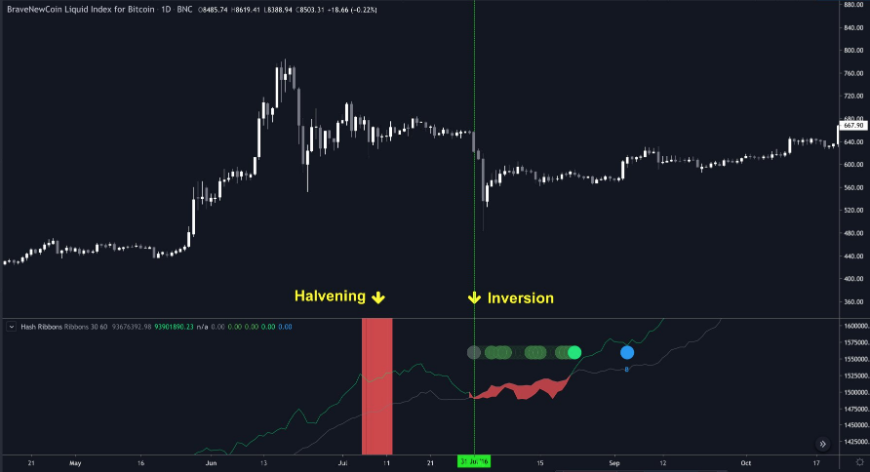 As explained earlier, the unprofitable process of allowing miners to sell BTC has become a vicious circle, with fear occupying the market, causing prices to fall rapidly and without effective support.

Unfortunately, the miners seem to have to surrender again. The hash value indicator for the Bitcoin one-day chart has just shown a reversal signal and begins to show an early warning trend. 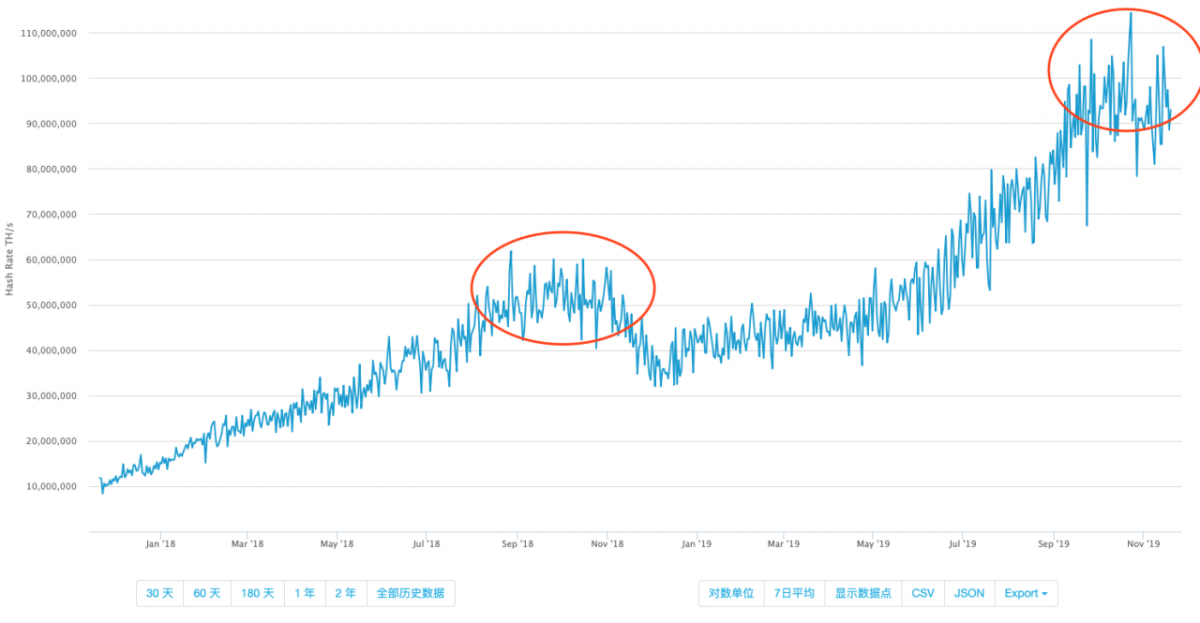 In addition, the current hash rate has also begun to affect the BTC market on a small scale. Recently, cryptocurrency company Bytetree posted a picture on Reddit's Bitcoin forum and explained: "With the chain analysis tool data, the purple line at the top of the chart is tracking the first BTC transaction generated by mining rewards. .

Their chart also shows that the sale of bitcoin worth $17 million has only had a small impact on the price of bitcoin.

But this is likely to be a sign that miners are beginning to surrender. The selling pressure in the next few days may become even bigger. The “vicious circle” of the miners' surrender described earlier may also become a reality, requiring investors to be vigilant.

On the other hand, under ColeGarner's post, it also attracted discussions from many popular analysts. Some people think that until the Hash rate is completely reversed, the strong miners will not be out early. But more people said that the decline will become a trend in the short term, but the next round of bitcoin plunge will be the best chance before halving.

This article is referenced: "What is Bitcoin Miner Capitulation? How Will it Affect the Market?"