On November 21, Jia Nan successfully listed. According to financial data, in the first nine months of this year, Jianan achieved a revenue of 950 million yuan. Among them, Q3 performed brilliantly, and revenue, capacity and shipments both increased exponentially. On this listing, Jianan decided to issue 10 million ADSs at a price of 9 to 11 US dollars per share, raising funds of 90 million to 110 million US dollars, which will be mainly used for high-performance computing and research and development in the field of AI chips. 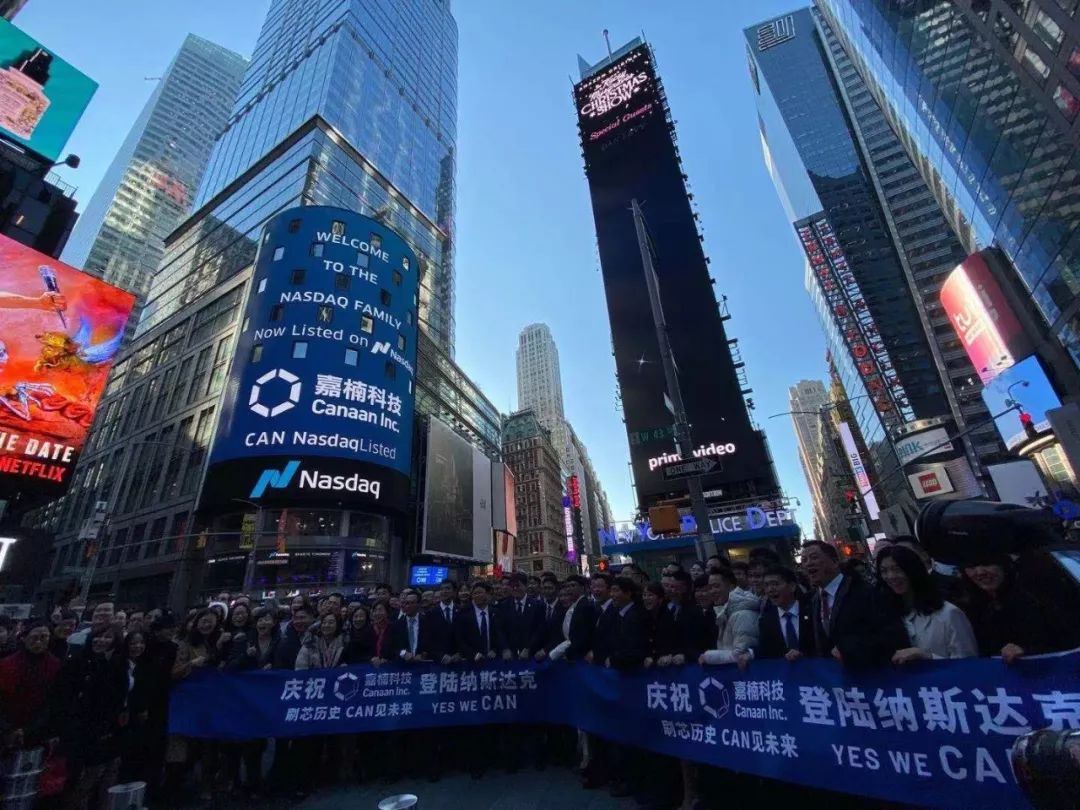 In fact, this is not the first time Jianan has hit the capital market. From the A-share backdoor, the New Third Board, the Hong Kong Stock Exchange, to the final entry into the US stock market, Jianan’s IPO road has finally ushered in a successful ending despite its rough history.

Since the IPO program of the US went to the United States, Jia Nan has been tagged too much by the outside world. In addition to these labels, Jia Nan is also expanding its borders – this company began its exploration of artificial intelligence as early as 2016.

Jianan's listing process coincides with the policy of the east wind blowing to the blockchain and AI industry. In October, the central collective learned the development and trend of blockchain technology, and the Ministry of Industry and Information Technology issued a document to strengthen infrastructure construction such as 5G and artificial intelligence. The focus areas of these big countries' technological strategies have once again ushered in favorable policies.

On October 29th, the Ministry of Industry and Information Technology issued the "Guiding Opinions on Accelerating the Cultivation of a New Mode of Shared Manufacturing and Promoting the High-Quality Development of Manufacturing Industry" and proposed to promote the construction of new infrastructure. Strengthen the construction of new infrastructure such as 5G, artificial intelligence, industrial Internet, and Internet of Things, expand the coverage of high-speed, large-capacity, and low-latency networks, and encourage manufacturing enterprises to realize the interconnection of people, machines, and objects through internal network transformation and upgrade. Provide information network support.

On November 6, the National Development and Reform Commission issued the "Guidance Catalogue for Industrial Structure Adjustment (2019)", and the "virtual currency mining activities" included in the drafted products in the draft documents are no longer in the official documents.

The central government has set the tone, and the Ministry of Industry and Information Technology and the National Development and Reform Commission have followed the policy. The blockchain has ushered in a gorgeous turn and become a national industry with artificial intelligence and big data.

Among them, Jia Nan, with the “AI+ blockchain” two-wheel drive as the development model, is the biggest beneficiary in this round of policy adjustment. As a provider of supercomputing solutions, Jianan has made breakthroughs in many technical fields such as low voltage, energy efficient operation and high computational density. These areas are also the key points of blockchain and AI solutions.

In fact, Jia Nan is one of the few companies in the world with advanced technology in the ASIC design process, including algorithm development and optimization, standard cell design and optimization, low voltage and energy efficient operation, high performance design system and Cooling and other technologies.

According to public information, Jia Nan has placed the AI ​​chip Kanzhi K210 in its blockchain computing equipment. Through the AI ​​chip as the main control, Jia Nan is exploring a protection mode that is different from the traditional machine, from the upstream of the industrial chain to the safety of the entire blockchain industry.

This also means that Jia Nan has taken the first step to actively promote the innovation of blockchain and AI integration.

In 2013, Zhang Nanxuan, who was also pursuing a doctorate at Beihang, developed the world's first ASIC bitcoin mining machine. Compared to previous computer CPUs, GPU mining and even FPGA mining machines, ASIC mining machines have shown strong performance. This mining machine was even used as a "printing machine" by many bitcoin early miners, and was fired at a price of 200,000 yuan. The miners have spent huge sums of money rushing to buy, and they are not necessarily able to grab an ASIC mining machine. 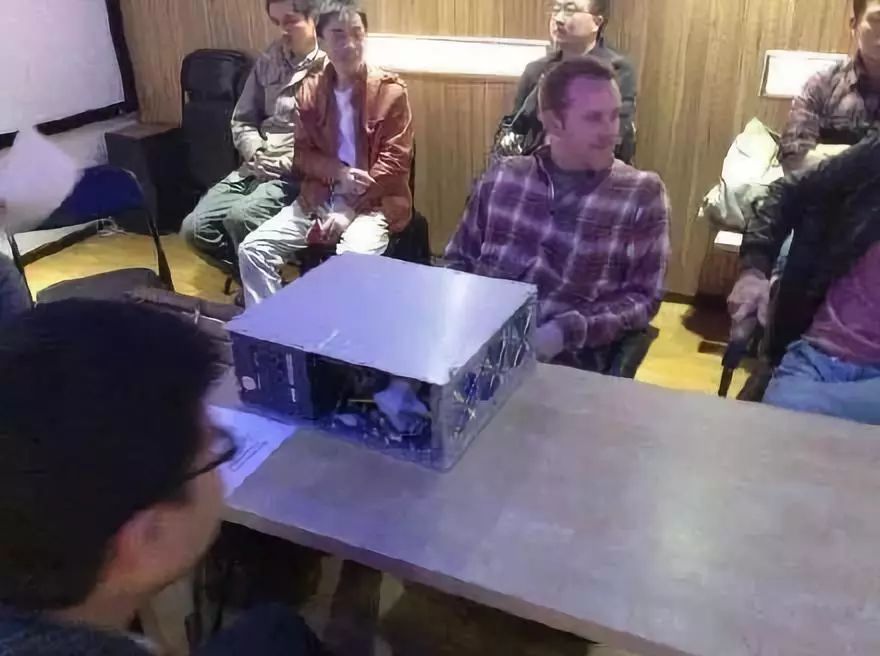 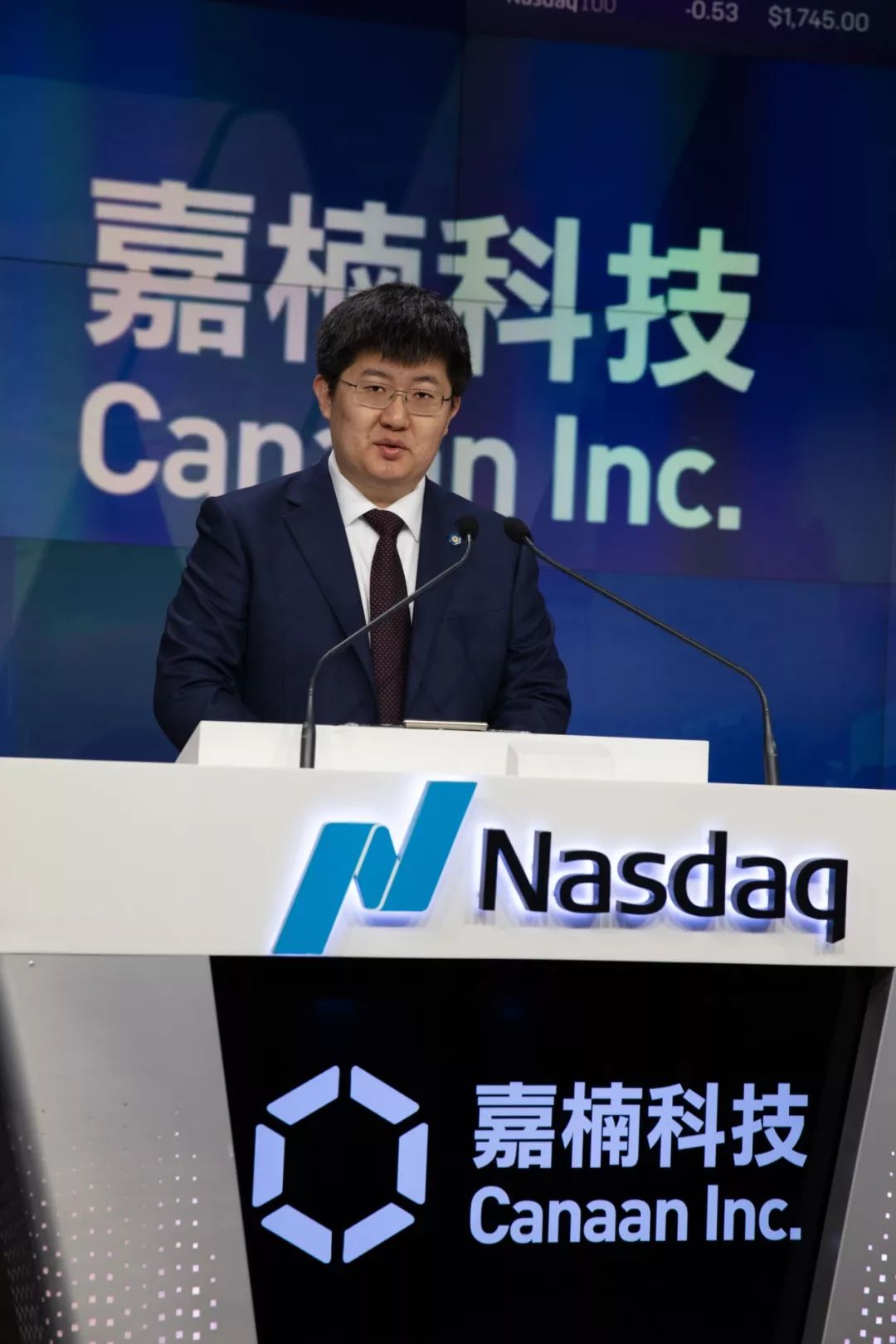 Since the professional mining machine eliminated computer mining, the mining machine chip has always been the core technology of mining machinery enterprises. In 2016, Jia Nan released the Avalon A7 mining machine, which has a power consumption of 0.3W/GHS for the 28nm A3218 chip, and the A3205 for the 16nm chip of the Avalon A10 series miner, which consumes only 0.06. W/GHS has a fourfold improvement over the former.

Unlike the traditional chip industry, the development threshold of ASIC chips used by Bitcoin mining machines is not high, but the harsh requirements of miners for the power consumption specifications of miners have caused miners to use power consumption indicators – "energy efficiency ratio". The ultimate is done. In recent years, many new processes in the chip industry have also taken the lead in mining machine chips.

In July 2018, TSMC's 7nm chip production line was mass-produced, and the world's first mass-produced 7nm chip was Jianan's A3206. The chip was then mounted on the Avalon A921, which was also one of the most energy efficient mines in the same period.

According to Frost & Sullivan data, the top three companies in the bitcoin mining industry today are Chinese companies. The revenue brought by the mining machine business, as well as the chip technology and talent pool accumulated through this business, have enabled Chinese chip companies such as Jianan to continue to develop and explore new boundaries.

And they almost did not agree, all embarked on a new journey to develop AI chips.

In 2016, Jia Nan promoted the AI ​​development strategy within the company and began to develop AI chips. According to the prospectus, as of September 30, 2019, Jianan had 127 technical research and development employees, 50 of whom were responsible for AI business, accounting for nearly half.

From the expansion of bitcoin mining machine production to the development of AI chips, what is the strength of Jianan?

In fact, the core technology of the Bitcoin mining machine is its internal ASIC chip. In Bitcoin Mining, every update of chip technology has driven the industry to reshuffle.

In the history of Bitcoin, the mining equipment was transformed from the original computer CPU and GPU to a professional, energy-efficient ASIC mining machine. In the AI ​​industry, as the AI ​​continues to fall, the demand for “inference” rather than “training” in the AI ​​industry continues to increase. The underlying chips of the AI ​​platform are gradually shifting from conventional CPUs and GPUs to more customized and energy-efficient. Compared to FPGAs and ASIC chips.

The Kanji K210 is a system-level (SoC) AI chip with built-in convolutional neural network. It is based on the RISC-V architecture. Its built-in KPU (knowledge processing unit) can perform CNN calculations under low power consumption to realize human face. Detection, identification and target classification.

RISC-V is a popular open processor architecture in recent years. It has been known in the industry as “simple, efficient, short and succinct”, and is especially suitable for developing edge AI chips with high power consumption ratio. According to official data, as an edge AI chip, the Kanji K210 can achieve 1Tops computing power at a low power consumption of 0.3W, reaching the advanced level in the industry. According to research firm Frost & Sullivan, the Kanji K210 has excellent performance and is widely regarded as a milestone in the development of hardware in the field of artificial intelligence edge computing.

Unlike most AI chips on the market, the Kanji K210 integrates two modules, visual and auditory, to support multi-modal perceptual recognition. The relevant person in charge of Jianan told 36氪 that under the premise of satisfying the calculation power and power consumption indicators, the evolution direction of future AI applications is from single point intelligence to comprehensive intelligence, such as multi-mode integrating visual, auditory, tactile and even olfactory. Multi-modal recognition of audio and video is also an important step.

At the level of visual perception, the Kanji K210 can perform convolutional neural network calculations under low power consumption to realize face detection and recognition. At the auditory level, the Kanji K210 comes with an APU voice processing unit, which can sense the audio data of up to 8 channels and 16 directions without DSP assistance, so as to realize functions such as voice wake-up and voice recognition.

At present, Kanji K210 is the first generation AI chip of Jianan, which has been put into the scenes of intelligent buildings and smart homes. Jianan's second-generation chip, the Kanji K510, will also be mass-produced early next year and will be deployed to 5G scenes such as smart driving and smart retail. And Jianan's third-generation chip will take into account the cloud and the edge side, achieving double coverage.

In March of this year, Jia Nan launched the commercialization of AI chips. The prospectus shows that as of September 30, the company has delivered more than 53,000 chips and development modules.

But as a chip maker, Jia Nan's AI products are not limited to chips. "The AI ​​chip is different from the traditional chip, and the user's threshold is very high." Jianan's relevant person in charge said to 36氪, "Many corporate customers don't know how to use the chip. In fact, the needs of these companies are also Not an AI chip, but an overall solution based on AI chips."

Under such guiding ideology, Jia Nan cooperated with more than 30 AI algorithm companies such as Baidu and built its own AI SaaS platform, and began to provide customers with integrated solutions from chips, modules to products, and sustainable services.

With the AI ​​SaaS platform, Jianan can provide customers with one-stop artificial intelligence services integrating hardware, algorithms and software. Customers can customize AI chip models, algorithms, software and UI interfaces according to their own needs.

In May 2019, Jia Nan cooperated with Baidu AIG to release the core processing module Paddle-Pi for edge-side AI operations. In the application landing, Jia Nan cooperated with Softcom Smart to deploy the AI ​​platform in the non-inductive access control system in the Softcom headquarters building. With the help of the AI ​​platform, the staff of the Softcom headquarters can achieve a face-to-face approach. At present, the daily average number of identification points per monitoring point of this system has reached 2000.

In the upcoming 5G era, the Internet of Everything has re-excavated AI application scenarios on the edge side of smart buildings, smart energy consumption, and smart homes. The current layout of Jia Nan is also here. "5G will change the architecture of the AI ​​chip." Zhang Nanyi said in an interview with Xinhua.com. In his opinion, 5G has a very positive meaning for end-side AI devices.

On Jianan's official website, Zhang Nanyi's internal letter entitled "We chose to go to the moon" was particularly eye-catching. In July 2019, on the occasion of the 50th anniversary of human landing on the moon, Zhang Nanxuan issued this internal letter. "The convergence of AI and Blockchain is accelerating the arrival of the era of intelligent computing." He wrote, "As the core carrier of all computing, the ability of the chip to process data not only directly determines the upper limit of the development of the industrial Internet, but also profoundly affects The future of the digital economy."

"We decided to go to the moon and do related things in this decade, not because they are simple, but because they are difficult." Zhang Nanxuan quoted the words of US President Kennedy to encourage employees. This internal letter also pointed out the future direction of Jia Nan: "The road ahead is still long. Please keep enough technical confidence and awe, because we choose to go to the moon."