On the 22nd, the reporter learned from the office of the National Internet Financial Risk Special Rehabilitation Group Office (hereinafter referred to as the Remediation Office) that the blockchain is not equal to the virtual currency, and the regulatory authorities’ attitudes toward virtual currency speculation and virtual currency trading venues have not changed.

At present, the regulatory authorities have deployed all the way, requiring all parts of the country to comprehensively check the latest situation of the virtual currency speculation activities by means of blockchains. In the next phase of work, the regulatory authorities will step up efforts to clean up and rectify virtual currency and trading venues, and find them together and deal with them.

As early as September 2017, the seven departments issued the "Announcement on Preventing the Risk of Subsidy Issuance Financing", clearly clarifying the virtual currency for investors, suspected of illegally selling tokens, illegally issuing securities, and illegal fund raising, financial fraud, and pyramid schemes. And other criminal activities. The preliminary clean-up and rectification work has achieved remarkable results.

However, with the recent popularity of the blockchain, virtual currency has returned to the trend, and some illegal activities have shown signs of resurgence. The reporter noted that on the one hand, the price of virtual currency, including Bitcoin, soared, and the market appeared similar to “The Announcement on Preventing the Risk of Subsidy Issuance Financing Is Outdated”; on the other hand, some institutions do not Currency, but in the name of the blockchain to engage in illegal financial activities.

On the 13th of this month, the official website of the central bank also issued an announcement clarifying that the current so-called legal digital currency issuance and the use of the “DC/EP” or “DCEP” on behalf of the PBOC to conduct transactions on the asset trading platform may involve Fraud and pyramid schemes, please the general public to raise risk awareness, not credulous and credulous, to prevent damage to interests.

For the virtual money speculation "returning the soul", this year, the regulatory authorities have been maintaining a high-pressure and severe situation, correcting the chaos.

A set of authoritative data obtained by the reporter shows that since 2019, a total of 6 newly discovered virtual currency trading platforms have been closed, and 203 overseas virtual currency trading platforms have been disposed of in 7 batches; through two large non-bank payment institutions, Closed nearly 10,000 payment accounts; on the WeChat platform, nearly 300 publicity marketing programs and public accounts were closed.

And criminal means have begun to intervene. "For the criminal activities in the name of virtual currency, the consensus of all walks of life has deepened and coordination and coordination have been further strengthened. Hangzhou and Beijing have successively 'dropped' virtual currency exchanges, and more than 100 people have entered the prosecution process." The above person revealed.

Looking forward to the next stage, this severe attack will continue. People close to the remediation office said that the next step will be to strengthen the guidance of the blockchain technical specifications, especially for the illegal and illegal actions carried out by the blockchain banner, the departments will be cleaned up according to the division of responsibilities.

On the one hand, the pre-regulatory authorities have issued notices to all parts of the country, requiring local police to use the blockchain to promote the hype of the resurgence of virtual currency, and require all localities to comprehensively investigate the latest situation of the virtual currency speculation activities through the blockchain. If you have any problems, you can play early and fight early.

On November 18th, the Office of the Inter-Ministerial Joint Meeting on Disposal of Illegal Fundraising also sent a letter to the provincial and municipal offices to prevent the illegal fund-raising risks in the name of the blockchain.

The reporter observed that there have been positive actions in various places in the near future. On the 14th of this month, Shanghai issued the "Notice on the Implementation of the Renovation of Virtual Currency Trading Places", and requested that the completion of the mapping work by November 22nd, Shenzhen also announced the launch of the virtual currency trading site on the 21st.

On the other hand, the China Internet Finance Association and Emergency Center conduct a full-line search, and timely dispose of the newly discovered domestic virtual currency trading venues, ICO activities, and virtual currency trading platforms that are “out of the sea”. At the same time, payment institutions are required to strengthen investigation and clean-up from the payment and settlement links.

The above-mentioned people said that the next step is to establish a long-term mechanism to prevent a resurgence . At present, technical search and retrieval systems have been established in some areas. In some areas, the financial offices have established real-time technical interfaces with emergency centers. The emergency centers regularly search for websites with local problems and timely find them in a timely manner.

Chairman of Zall Holdings: Actively promote the application of new technologies such as blockchain, big data, and the Internet of Things, and make New Hankou North 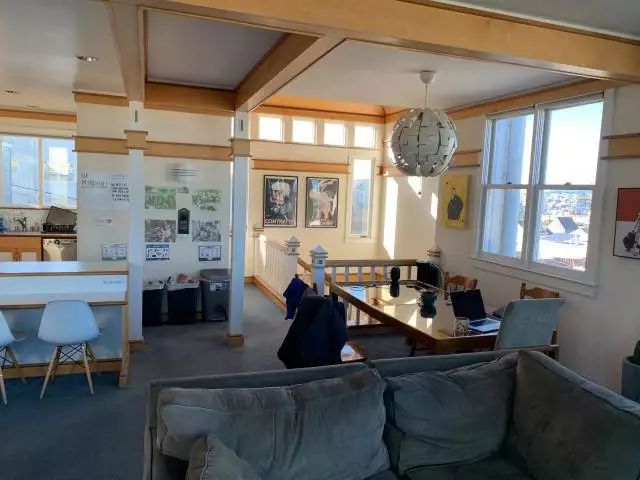