01, Bitcoin plunged to wipe out the October increase, "Coin An Shanghai Office" was investigated or led the fuse

Cointelegraph reported that the "China's ban on bitcoin" FUD (fear, uncertainty and suspicion) was once again staged, Bitcoin suffered a plunge yesterday, the price returned to $7,500, erasing the October rise, "coin security Shanghai office was The rumor of the investigation may be the reason for the decline. 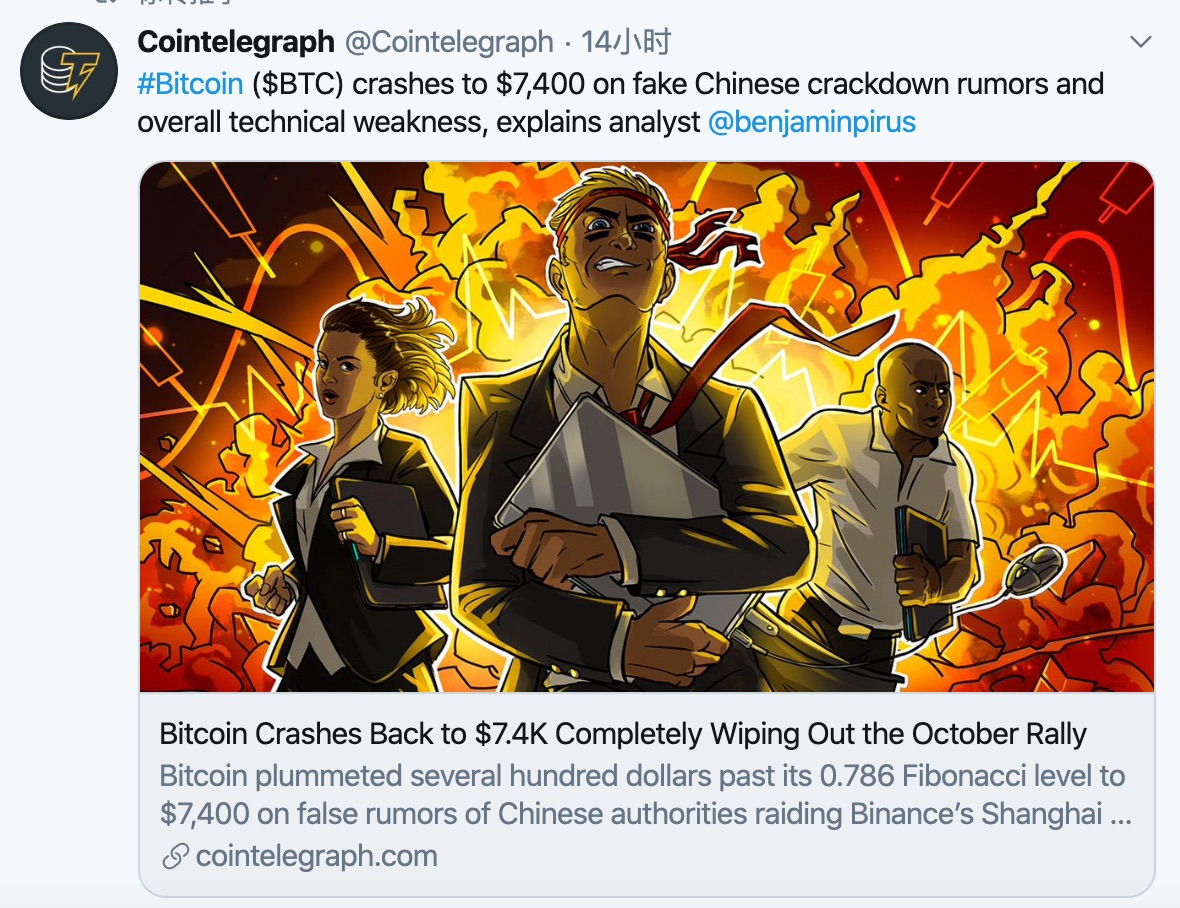 According to The Block, the office of the company in Shanghai was given by the police, and nearly 100 people were working inside.

Afterwards, the CEO of Changan, Changchun Peng, said that this is a rumor. If there is no office in Shanghai, there will be no investigation. Zhao Changpeng later said that it may be that competitors spend money to hire media to post fake news.

Whether there is an office in the currency security has not been determined, The Block said that it will continue to follow up the report, but the people on the Twitter have talked about this matter, and some people voted on Twitter to support the block, or support the currency. Ann."

Sun Yuchen, the CEO of “Where is the hot spot where I am”, responded to Zhao Changpeng’s “Building a fund to combat FUD in the market”, saying that individuals will donate 100 bitcoins to support. 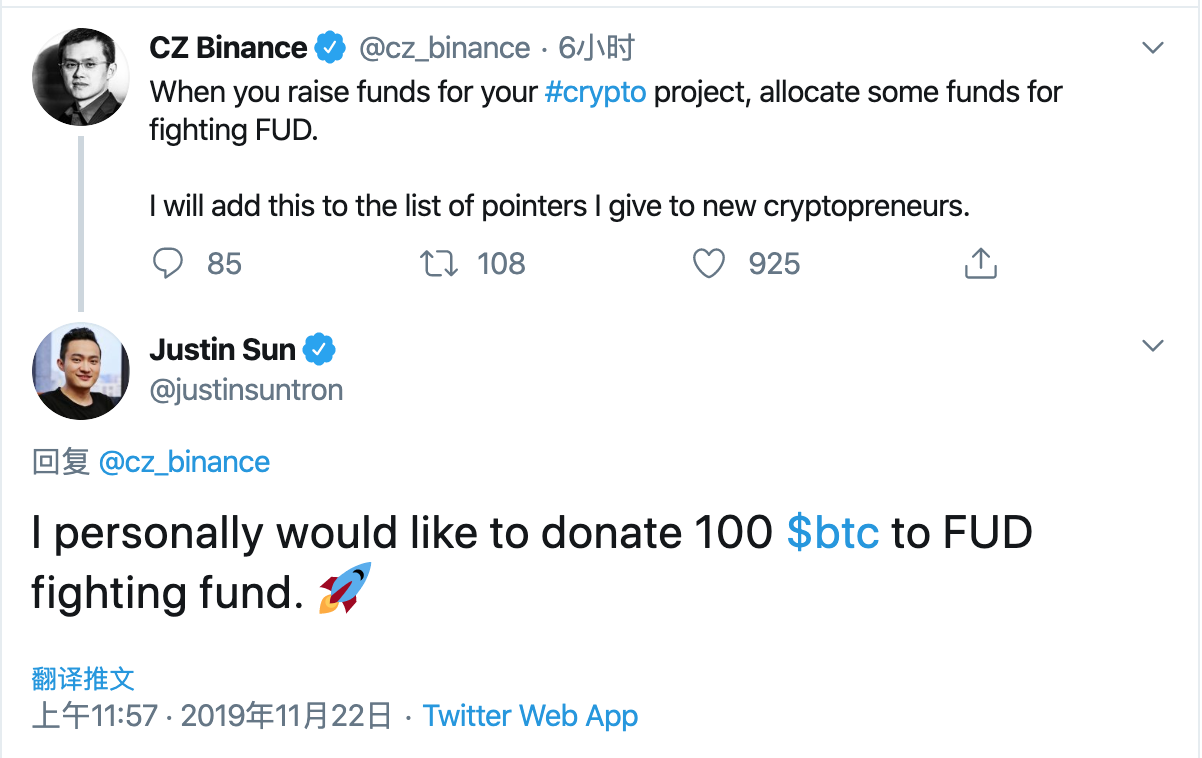 The number of eths in the DeFi Pluse website that has been pushed by DeFi Pluse has been rising, reaching 2.5 million. The DeFiPluse website shows that in all lock applications, MakerDao has the most lock eth, reaching 2 million (80%), absolute NO.1. 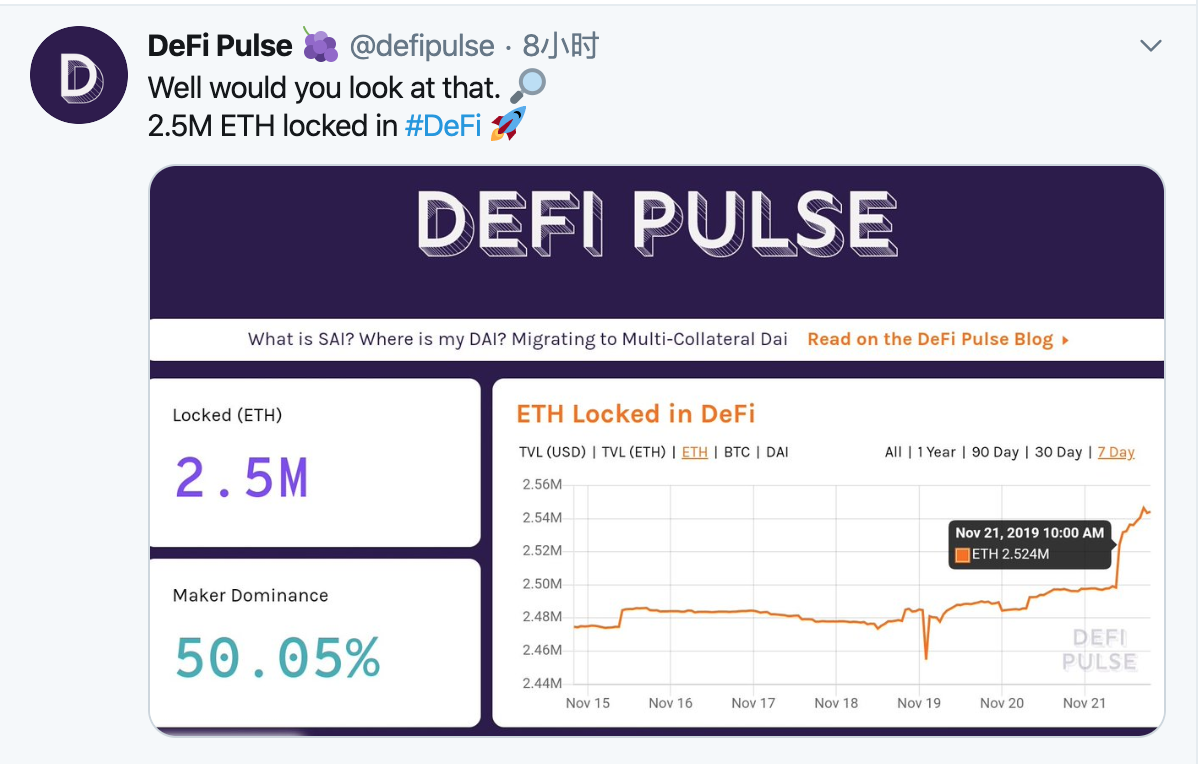 A few days ago, MakerDao completed the upgrade of the multi-mortgage Dai. The data analysis platform Messari said that the stable currency DAI had arbitrage opportunities and detailed the operation methods:

Then, the stable currency USDC is lent to obtain 8.2% of the proceeds to achieve arbitrage.

(Note: It is also possible to deposit the stable currency DAI generated by the mortgage into a centralized lending product such as the currency Anbao. As long as the interest income is guaranteed to be greater than 5% of the mortgage rate, there is arbitrage space.) 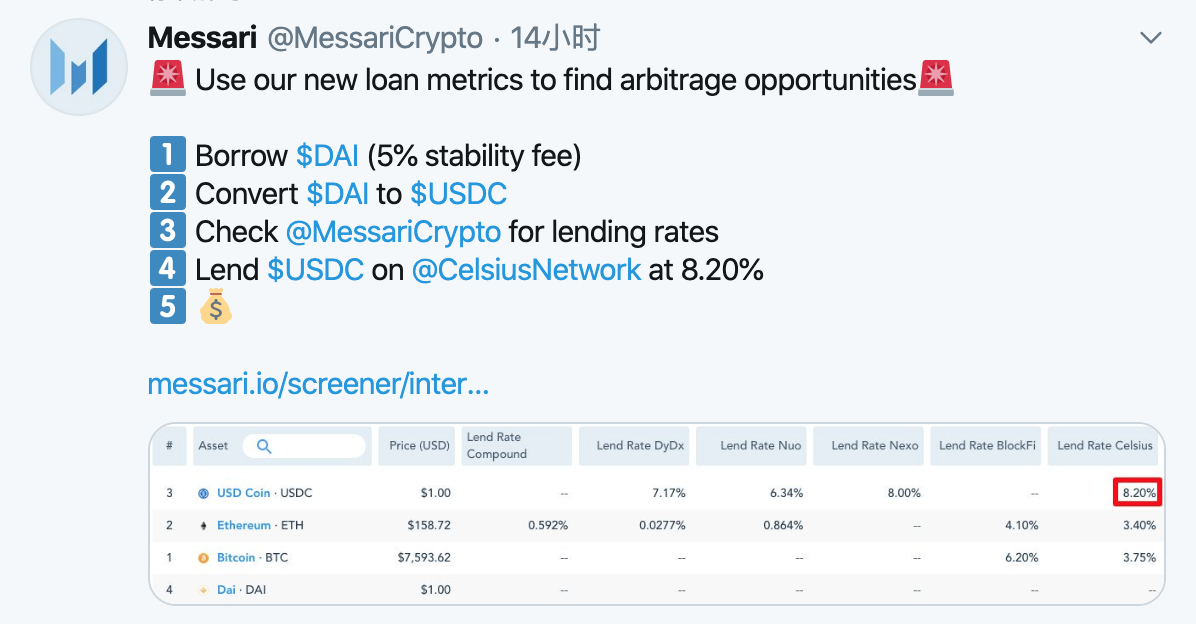 03, BSV transactions per hour increased exponentially, or in the first quarter of 2020 super Ethereum

An author named Jas Smit posted an article on the medium saying that BitcoinSV's TPS doubled every quarter. In November, the average BSV transaction processed in November was 5, bitcoin was 3, and Ethereum was 8. The pen is expected to surpass Ethereum in the first quarter of 2020. 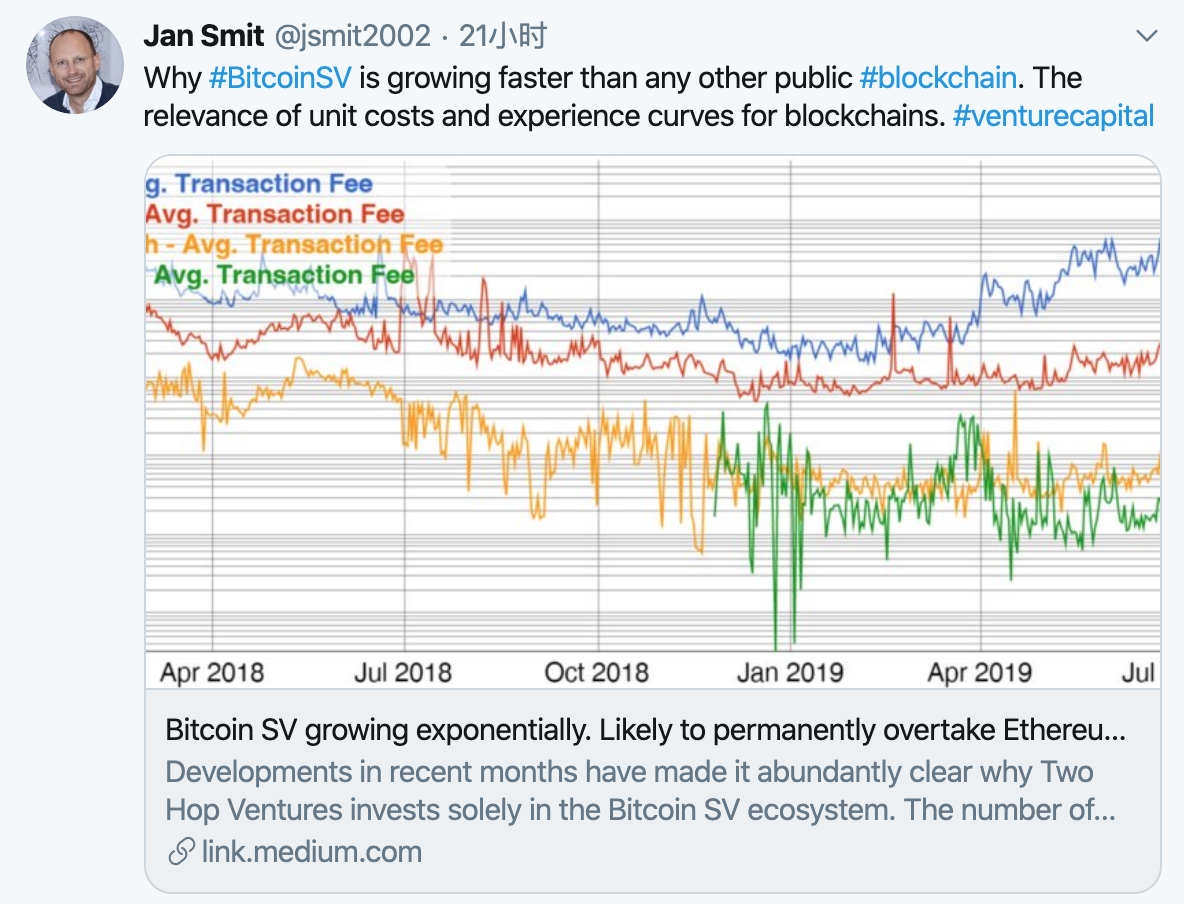 The article said that the low handling fee of BSV will promote innovation and further stabilize the leading position of BSV. The application on BSV is also more diversified, and BSV has become the first choice for data uplink.

80% of transactions on BSV in October came from WeatherSV (an application for recording weather data), now Preev (recording exchange-traded applications), ForBSV (an economically motivated social application), BlueSV (recording 3,000 in China) Applications such as the application of urban pollution data have emerged. 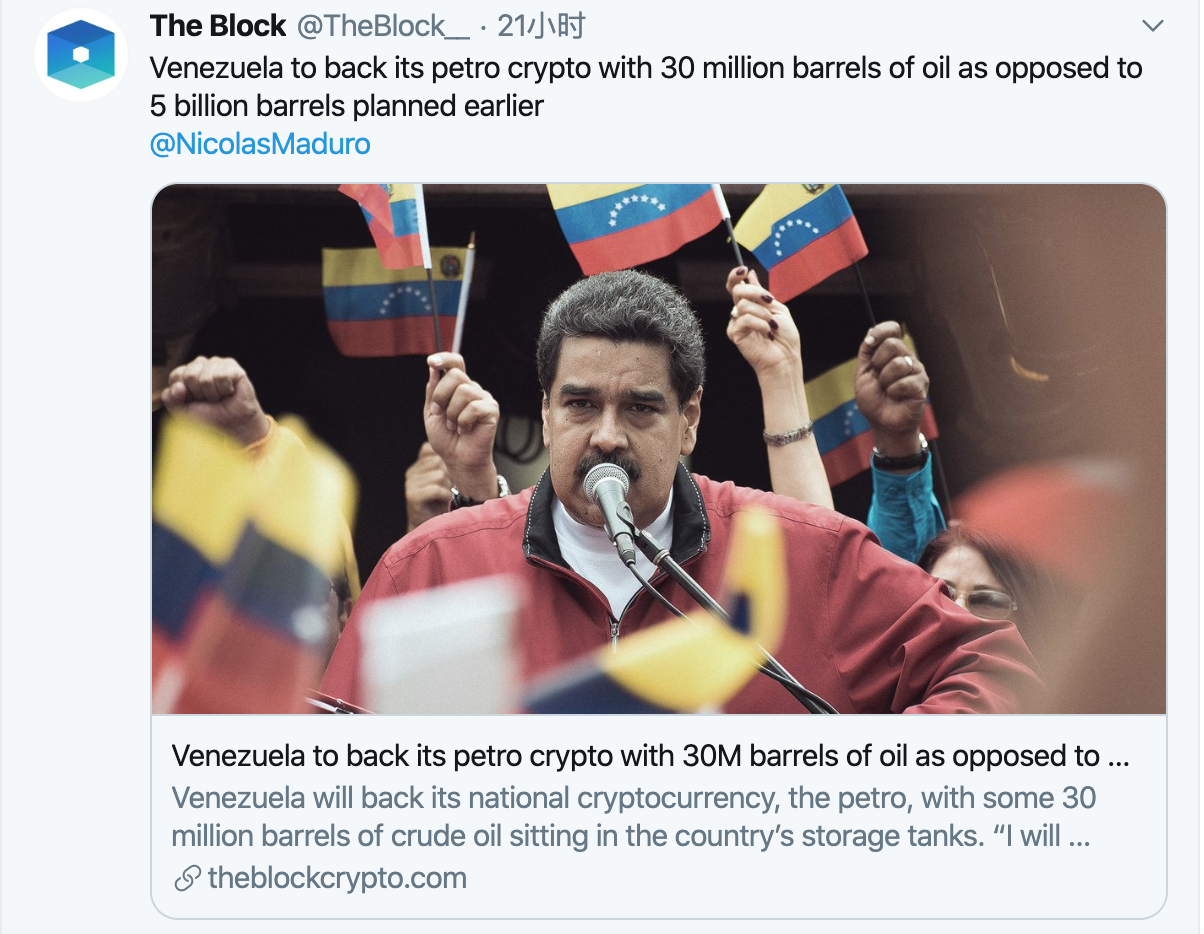 Yesterday's article mentioned that the exchange is a Singapore-compliant exchange, and the Singapore central bank is considering allowing four compliant exchanges to conduct derivatives trading services for institutional investors.

The price broke 76%, and Algorand was questioned as the Turing Award level.

Data show: Bitcoin is washing in the day, the overall rebound is insufficient

Baidu Index: Bitcoin search index as a whole increased by 82% in the past 30 days