On November 23rd, the 5th Anniversary of Bitcoin Hardcore Fan Dinner was held in Beijing.

FBG founder Zhou Shuoji said that the exchange had probably sold 100,000 BTCs yesterday, and about 500,000 BTCs were sold off the court. The market enthusiasm of halving the market and 1024 speeches, I thought that liquidity can last until the Spring Festival. A large number of miners are selling bitcoin, which is the main reason for the recent decline. This decline is a controlled purchase in the Chinese market. Some institutions abroad are inquiring.

The professional trading team of the currency circle is more than the A-shares, because the A-shares have an access mechanism, but they are all on the second-tier exchanges of Gate, and rarely trade on BitMex. September 2020 is a good market. Bitcoin is fair, chips are scattered, and other chips are concentrated. Other buyback/burning mechanisms are ok. Preferred currencies are: Bitcoin, BNB, HT, Cosmos and cash.

When it comes to bitcoin prices, Dovey Wan believes that fundamentals and prices are always deviating, and the differences between Chinese and Western market perceptions and orientations are growing. After the 1024 speech news broadcast, China's trading hours, bitcoin rose only 2%, Western reports After the enlargement, Western traders were over-blooded and did not know the complexity of China's supervision, which rose by 40%. There is not much time left for the currency exchange on the local exchange. After halving bitcoin, the daily output will be reduced by 900 bitcoin, which is a reduction of $7 million in selling pressure. In theory, from the supply structure, there will be no impact on the transaction.

In addition, Dovey Wan said that Bakkt is growing very fast and has little incentive for market makers, but now it reaches 3,000 bitcoins per day. Don't have a rose illusion about the entrance of the institution. The institution is for the purpose of speculating, not for the purpose of picking up. It is difficult to see long-term unilateral rises like the previous cycles. The pricing power is very important. The institutional contract products do not use the price of the Chinese exchange in the SEC report. The exchanges in the Chinese background do not have pricing power. Having pricing power is the embodiment of the industry's status.

The coin circle big V night cat thinks that the bitcoin market is event-driven. Long-term bullish, the most pessimistic traders are also optimistic about the next year's market. Everyone I contacted is looking forward to halving Bitcoin next year. From the 50-week line, the current purchase of coins will have a minimum yield of 65% by the end of next year. In addition, if you halve, many people will buy coins and the yield will be at least 2-3 times. Now this price is very cheap.

Xu Yingkai, founding partner of BlockVC : When the bitcoin price was 7300 before the 1024 speech, I felt that it would fall below 6000. But the good break the down track. According to historical data, the current performance is in the early days of the bull market.

The core of recent regulation is fraud, illegal fundraising and funding. These illegal activities are based on blockchain, not blockchain trading and technology companies. Including certain exchanges and Weibo Da V are banned, public opinion correction is the main purpose, all cases, other peers are not qualified as a case. Because there will be a 100 billion-level blockchain policy, and we will suppress it before the favorable policy comes out. 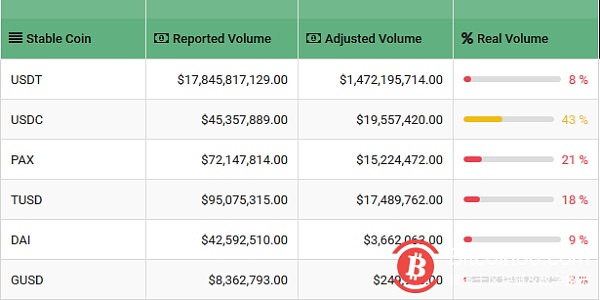 Which exchanges and currencies are in the process of brushing? New report decrypts the real trading situation of the encryption market