Baidu lacks goodness and has no highlights; Tencent's invoice field is strong and its social advantage is obvious; Ali is deeply integrated into its own business, and the scene is rich and diverse. No giant wants to be a fallen giant. The rise of new technology is accompanied by the decline of the old giants and the rise of new giants.

The giants began to lay out in the early blockchain, set up research institutes, applied for patents, built infrastructure, and implemented the application. Every step did not fall, and every step followed the trend. Nowadays, the layout of some giants has been quite extensive. , enabling blockchain technology to cover multiple areas.

In the Ali Baas service, the underlying layer of Hyperledger Fabric is divided into alliances and organizations according to different resource types. The default value of the above table is the alliance price, and the organization price is halved and paid annually.

Ali divided the blockchain business into four main scenarios, in which the life scenes were the most widely distributed, and electronic bills, mutual insurance, data management, medical information deposits, and CPF deposit certificates were all available.

Relying on the huge number of users of Ali, the mutual insurance platform and the charity platform have provided services for a large number of users. The familiar "mutual treasure" products use blockchain technology to ensure that the data is open, transparent, and non-tamperable. At present, the "mutual treasure" official display has more than 100 million users to join.

The contractual deposit in the general scenario is a field that is more suitable for the solution of blockchain technology. It is also a field where Ali is more powerful. The official website of the depositary field is listed in Hangzhou Internet Court, Qiantang Notary Office, Shanghai. Computer Association Judicial Appraisal Center, Fa Da, Xinhua Zhiyun and other dozens of partners.

The traceability of the retail scene is the highlight. Relying on Tmall's huge supplier system, there are many examples of the traceability system. Maotai, Wuchang Rice, Belgian Diamond, Tmall International Beauty, Haitao Commodities, etc. The Ali system has covered more than 30,000 traceable products.

The copyright depositing platform, which is also based on its own business development, is designed to provide copyright protection for the sellers’ sellers. Only 5 million “sellers’ show” realized blockchain copyright during the double eleventh period. Deposit the certificate to help the seller to defend the rights of theft.

But in fact, Ali may go farther than the imagination in the blockchain field. Hu Xiaoming, president of Ant Financial Service, introduced this year's Yunqi Conference. The blockchain technology of Ant Financial Service can support the scale of 1 billion accounts. The daily trading volume of billions and the flexible expansion can achieve more than 100,000 cross-chain information processing per second. 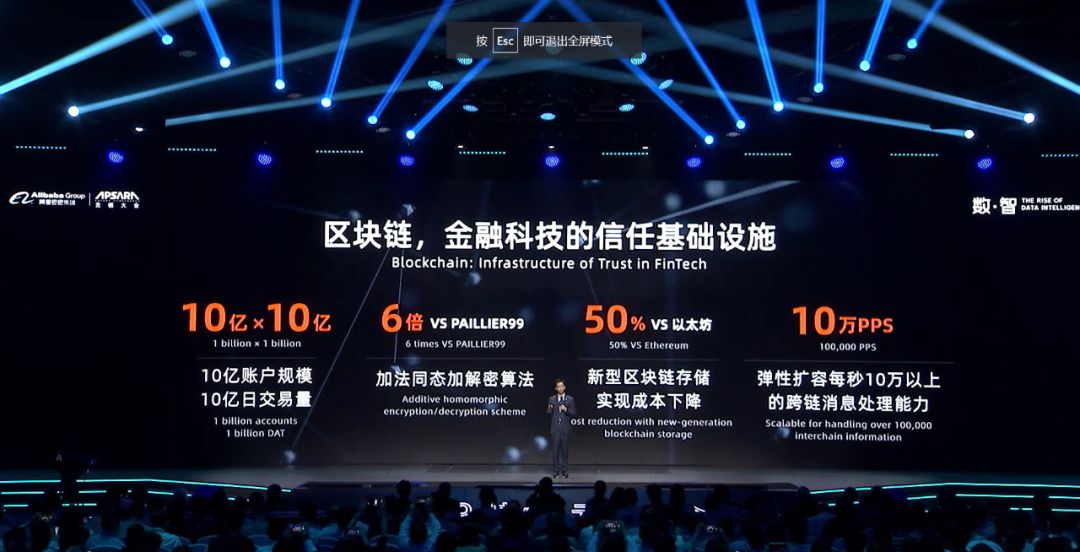 As another big mountain of domestic Internet companies, Tencent has a very early layout in the blockchain field, and it has gained a lot of money. Tencent's own layout is more focused on financial scenarios, but the blockchain invoices in the life scene are also doing well.

It can be seen that Tencent's blockchain business is divided into three parts, namely Tencent Blockchain, Tencent Cloud and Weizhong Bank.

The cost of Tencent BaaS services has increased slightly depending on the region, but the difference is not large and supports monthly purchases.

BCOS can be seen in the record of Tencent's blockchain products. BCOS is the underlying platform of the enterprise-level alliance chain jointly developed by Weizhong Bank and Wanxiang blockchain and matrix elements, and FISCO BCOS in the BaaS service provided by Tencent Cloud. It is a financial branch version based on BCOS research and development, and is also an important underlying open source platform of Tencent.

The following table shows some examples of Tencent's blockchain landing. It can be seen that Tencent does explore more in the financial field, and because of its own characteristics, many products have high visibility, such as micro-gold, to catch monsters together.

In the financial scenario, the micro-enterprise chain was established jointly by Tencent and the factoring company, and based on Tencent's blockchain TrustSQL and Tenpay's underlying technology. In May this year, the “micro-enterprise chain” ABS project won the Shenzhen Stock Exchange's no-objection letter. A total of 10 billion yuan.

Another heavy product of Tencent is the blockchain invoice. As of the beginning of August this year, nearly 6 million copies were issued, with an average of 44,000 issued daily, with a total invoice amounting to 3.9 billion yuan. And Tencent and China Xintong Institute, Shenzhen Taxation Bureau jointly represented China to develop blockchain invoice standards, which is the first time the blockchain invoices have established international standards.

The blockchain combined with the characteristics of the blockchain has received extensive attention from the game "to catch the demon" together. As of June, millions of blockchain active addresses and nearly 10 million blockchain transactions have been generated.

Based on the blockchain of Tencent, Guangxi Liuzhou has realized the “external prescription transfer” service, involving various departments such as the Health Planning Commission, hospitals and pharmaceutical companies. Through the blockchain technology, the prescriptions are not falsified and the privacy information is prevented from being leaked.

There is no accident in the legal deposit certificate. Tencent also has a layout. Joint China Net An and Beiming Software set up a “to the letter chain” to provide intellectual property rights confirmation and copyright registration for infringement and piracy such as aggregated chain stalking, network disk sharing and pirated small websites. Full-process solutions such as rights testing and one-button litigation. Tencent's penguin number, original museum and other data have been stored in the "to the letter chain" storage chain.

The final part of the table is based on the micro-banking-led landing case. The bottom layer is based on FISCO BCOS. FISCO BCOS is a coalition chain open source under the leadership of the Golden Chain Alliance open source working group. In the case of less landing, the above table lists only a few cases.

The domestic Internet field is booming. The headlines, Jingdong and the US group are fierce, and the once giant Baidu has already fallen, but as one of the BAT members, Baidu still has its point to explore.

Baidu's Baas service is post-paid, which is charged on a per-minute basis. The fee in the table below is the estimated fee.

The following table shows some of Baidu's landing cases. The higher visibility is the Leitz dog, the universe, the totem and the encyclopedia. However, the overall volume of the case is getting weaker.

The Leitz dog caught up with the enthusiasm of encrypted pets, and it also gained a certain amount of heat, but less heard later. The life scene is similar to the Netease planet, and the same volume is getting weaker in the later stage. Encyclopedia winding and totem are in line with the characteristics of blockchain and have certain development space.

As can be seen from the above, Baidu's layout in the blockchain field is relatively weak, there are fewer quality products, the overall lack of goodness, and fewer highlights.

The blockchain business that Tencent has personally started to cover covers three major scenarios: finance, life and general. The business focuses on financial and life scenarios. Relying on Tencent's social advantages, popular related products are easy to be widely spread, and Tencent's micro-gold, together with the demon, has gained a lot of attention.

In the future, Tencent wants to combine blockchain into more scenarios, relying on a large number of users, and has its advantages.

The FISCO BCOS open source platform led by Weizhong Bank is quite active in promoting the underlying use and expanding the scope of application. The application scope covers multiple fields and multiple scenarios, and it is still in continuous development and has a good development momentum.

From the landing scene, Ali covers a wide range, and the four major scenes of finance, life, general and retail have good results. The ant blockchain technology has strong technical strength and strong performance. In addition, Ali's own huge user volume, in the life and retail scene, Ali has obvious advantages, will surely reach all aspects of the public life, deeply affecting the public's lifestyle.
A summary of the sentence: Baidu lacks good, no highlights; Tencent's invoice field is strong, social advantages are obvious; Ali deep integration of its own business, the scene is rich and diverse.
-END- Statement: This article is the author's independent point of view, does not represent the position of the Blockchain Institute (Public Number), and does not constitute any investment advice or construction .

Happy New Year's Eve, you have money! The chain node combined with Aladdin wallet and Qtum public chain will give everyone a red envelope!

The data shows that the currency wallet address has transferred nearly 2.7 billion BSVs.