In response to the recent resurgence of some of the virtual currency platforms, the regulatory authorities have successively cracked down on illegal transactions. The "Economic Information Daily" reporter learned from the office of the National Internet Financial Risk Special Rehabilitation Group Office (hereinafter referred to as the "Mutual Gold Remediation Office") that the relevant regulatory authorities have issued notices recently requesting comprehensive investigation and disposal based on the concept of blockchain. The illegal activities of virtual currency speculation, and require payment institutions to strengthen the investigation and clearing from the payment and settlement links. At the same time, Shanghai, Shenzhen and other places have also issued announcements in succession, which will carry out the planning and rectification of virtual currency trading places. The fight against illegal virtual currency has formed a regulatory force.

“The blockchain is not equal to virtual currency. The policy of combating virtual currency and combating ICO (first-time token issuance) has not changed. The next step is to completely rectify various risks and find them together in a timely manner.”

The above-mentioned people also said that some institutions do not involve virtual currency, but also carry out illegal and illegal financial activities in the name of blockchain, such as illegal securities issuance and illegal organization of financial asset matching transactions. These dynamics also deserve high attention.

It is understood that although the early rectification of virtual currency has achieved remarkable results, due to the recent re-emergence of some lawless elements with the concept of blockchain, relevant regulatory authorities have taken measures to further correct the existing chaos.

Relevant regulatory authorities have issued notices, requiring local police to use the blockchain to promote the promotion of virtual currency speculation, and comprehensively check the latest situation of the virtual currency speculation activities by the local community through the blockchain. If there is any problem, it will be “small and early”. .

In fact, the relevant regulatory authorities have been maintaining a high-pressure attack on illegal virtual currency transactions. On September 4, 2017, the People's Bank of China and the Office of the Internet Information Office jointly issued the “Announcement on Preventing the Risk of Subsidy Issuance Financing”, which clearly stated that the ICO (first-time token issuance) financing is unapproved. In the case of illegal public financing, no organization or individual may illegally engage in the issuance of financing activities. According to authoritative data, since 2019, the Mujin Remediation Office has closed six newly discovered virtual currency trading platforms in the territory, and transferred and more than 200 platforms that are operated overseas and physically operated in China. Close nearly 10,000 related payment accounts, close the WeChat marketing promotion program and the public number nearly 300. "There have been some recent comments that the 94 ban is outdated. In fact, the policy of combating virtual currency and combating ICO has never changed," the source said.

Explain the 12 blockchain demonstration projects selected by the Korean government 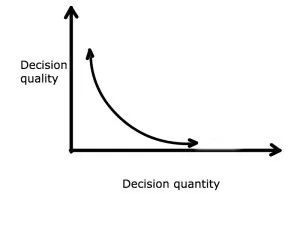