The US "Connected" magazine recently reported that China is advancing to the dominant position in the global blockchain field. Since last year, more than 500 blockchain projects from many powerful Chinese companies have been registered with the China National Network Office. The People's Bank of China is stepping up efforts to introduce the Digital Currency Electronic Payment System (DCEP), which can replace cash with blockchain solutions, which will make China the first major economy to adopt its own digital currency.

According to Reuters, the Chinese government is creating a digital currency issued by its central bank to reduce the cost of circulation of banknotes and to strengthen policy makers' control over the money supply.

The US Consumer News and Business Channel website recently reported that China was once seen as an imitator in the field of technology, and China is now seeking to become a global leader in the field of blockchain to artificial intelligence.

According to the definition in the "Blockchain White Paper (2019)" (hereinafter referred to as "White Paper") issued by the China Information and Communication Research Institute, the blockchain is maintained by multiple parties and uses cryptography to ensure transmission and access security. Accounting techniques that consistently store data, are difficult to tamper with, and prevent repudiation, also known as distributed ledger technology.

From the perspective of the goal, the blockchain aims to solve the "trust" problem. According to the original model, the interaction between people or between two entities establishes "trust" on a third party individual or organization. For example, in an online transfer operation, various payment platforms are third-party entities trusted by both parties to the transaction. It is not difficult to imagine that the transaction process will face a variety of risks in the case of third parties being heavily dependent. The application of blockchain technology can build a trustworthy platform, transfer the trust of the original parties to the third party to the trust of the platform, and provide technical support for the interaction "trust".

From a method perspective, the blockchain technology uses a distributed ledger to save and maintain the same agreed transaction information for each authorized node, thus effectively avoiding the existence of third-party entities in the centralized accounting mode. Single point of failure, security risks and privacy leaks. Based on blockchain technology, this trustworthy platform is built by the power of all nodes. Compared to the past, this new approach re-establishes the trust relationship between unfamiliar interacting entities.

According to the White Paper, blockchain has created a new computing paradigm and collaboration model that builds trust at low cost in an untrusted competitive environment. With its unique trust-building mechanism, it achieves penetrating supervision and trust-leveling. transfer.

In the field of blockchain, China not only has a good development foundation, academic research is becoming more active, and it has achieved certain results in application. From the perspective of the number of applications and approved patents, China is a global leader. From the perspective of production value, relevant enterprises have achieved a series of results in technology research and development and industrial application. From the technical characteristics, the blockchain can be integrated with multiple fields, resulting in better economic benefits. At present, the blockchain has the most in-depth application in finance. There are also many attempts and demonstration applications in the supply chain, social public services, education, medical, industrial and other fields. The pace of blockchain technology is accelerating.

Blockchain technology has broad prospects for development and has a wide range of application scenarios, but it still faces many challenges.

First, the issue of integration remains to be explored. The key word for blockchain is the "platform." To play the role of the blockchain, it is necessary to give full play to its platform functions. How to combine blockchain technology with other emerging technologies such as the Internet of Things, big data, and artificial intelligence to maximize its effectiveness is still a problem to be explored.

Second, the core technology is the key. China is more focused on the development of blockchain. Compared with Western countries, there is still a certain gap in core technology. The lack of key technologies will directly lead to the new "card neck" link. As the development of global blockchain technology is still at an early stage, if we can seize the opportunity, further increase investment, give more policy support, attach importance to basic research and multi-faceted attempts, tackle core technologies, and take the initiative to promote China’s The right to speak and rule in the field.

Third, the regulatory capacity needs to continue to strengthen. The benign development of blockchain needs to rely on the improvement of the ability to monitor, especially in combination with national conditions, to strengthen the protection of data and privacy.

Fourth, it is urgent to continue to help high-end talents. Blockchain is a multidisciplinary fusion technology such as cryptography, computer science, and economics. At the same time, the development of blockchain needs to be integrated with cutting-edge technologies. This requires a large number of high-end composite talents. Only by strengthening the construction of the talent team, establishing a sound blockchain talent training system, and increasing the introduction and training of international high-end blockchain talents can we continue to contribute to the development of China's blockchain field. 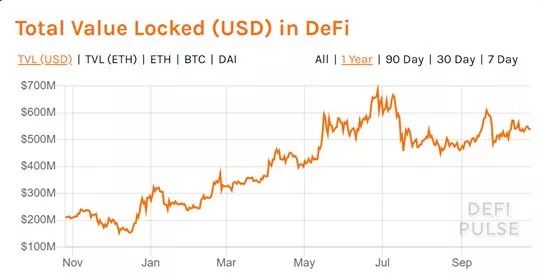