Written in the front: A couple of friends in the previous period said that many altcoins have no application scenarios, but Bitcoin has. Xiaobian instantly looked at this friend and wanted to talk to him about the future of Bitcoin. He said that the application scenario of Bitcoin is money laundering. Xiaobian feels aggrieved for Bitcoin, just to see the report of RAND Corporation, it is time to show it.

Cash is still the first choice for terrorist activities

The 99-page report discusses three aspects of terrorist financing: income, management, and spending. Cryptographic currencies can only provide an advantage for terrorist organizations in the first place, because anyone can send money from anywhere in the world without restriction. However, if terrorists receive a large amount of cryptocurrency, they are difficult to manage and use, as stated in the report:

Large amounts of cryptocurrency collections are difficult to manage or spend anonymously, and cryptocurrencies still require a certain infrastructure to manage and spend.

For those who are keen to use cryptocurrencies but don't want to be associated with any violent activity, this part of the report gives them peace of mind:

We have hardly found evidence of terrorist organizations using cryptocurrencies, and they have no incentive to do so, but if counter-terrorism measures become more stringent, cutting off their sources of funding, coupled with changes in cryptocurrency technology, this is likely to happen. change.

The report also mentions privacy currency, and RAND does not believe that the current cryptocurrency system provides terrorists with the high degree of anonymity they need.

Although you can receive anonymous currency such as Monroe (XMR) in an anonymous form, or even spend it, the ultimate demand of terrorists is beyond the reach of the existing cryptocurrency system. For example, there is no system that allows you to pay for promotional expenses, purchase guns and other weapons, and purchase assets without regular economic anonymity. For these purposes, especially the "most terrible" part of it, such as the purchase of advanced weapons, still need cash.

So what if it is a dark net? In fact, the dark net has been infiltrated by the government. Therefore, terrorist organizations may be able to sell drugs or even weapons on the dark to raise funds, but they are unlikely to be undisturbed.

Rand believes that terrorist organizations are more likely to provide funds to attackers deployed in Western countries through cryptocurrencies. The report explains this situation:

Although the possibility of terrorists using the dark-net market to acquire weapons is worrying, cryptocurrencies are unlikely to be used directly to purchase equipment for attacks. Conversely, an attacker in a Western country can exchange funds in a cryptocurrency account for fiat money, using funds provided by a central organization or crowdfunding, which would be a convenient way for terrorist organizations to provide funds to attackers. Of course, many cryptocurrency exchanges are regulated, so extracting large amounts of cash may still be difficult. Still, if a cryptocurrency is not moderately regulated, it will provide an attractive channel for terrorist organizations to trade, such as accepting donations or funding their activities.

As a result, terrorist organizations have not shown great interest in cryptocurrencies, although more than one country has created its own blockchain to circumvent sanctions.

The privacy currency is a privacy option for storing wealth, and if used properly, it is difficult to penetrate. But their liquidity is subject to centralized exchanges.

The development of cryptocurrencies may bring new changes

With the development of privacy and decentralized exchanges, cryptocurrencies may be of value to terrorists. By then, governments will have to rely on traditional methods of dealing with terrorism: anti-espionage and penetration. But now, terrorists are more likely to be using the cryptocurrency to help the government.

Perhaps one of the highlights of this report is that the “infighting” of the cryptocurrency world has hampered the adoption of terrorists:

Reasons that prevent them from using cryptocurrencies include the instability and infighting of the cryptocurrency community, cooperation between international law enforcement agencies and intelligence agencies, and progress in regulation and enforcement.

From the research of RAND, we can infer that those governments that are constantly delaying in regulation may bring risks to the public. As long as the cryptocurrency is in an unregulated state, it is more likely to be used for some form of violent terrorism.

In the absence of heavy use of cryptocurrencies, terrorism remains rampant. What ultimately fuels terrorism is the currency issued by the central bank and the combined effect of foreign policy and monetary policy.

Written at the end: By the way, the bitcoin application scenario also has cross-border remittances. We may not feel deeply living in China. Countries such as India and the Philippines have a large population output every year. They work abroad and hope to get more income to support their families in China. For them, the traditional financial trading system is not only slow, but also very expensive. Bitcoin, the unrestricted cross-border remittance method, is their best choice. In addition, in some countries where economic conditions are ill, the currency has hyperinflation, and bitcoin and other cryptocurrencies are also the first choice of the local people. 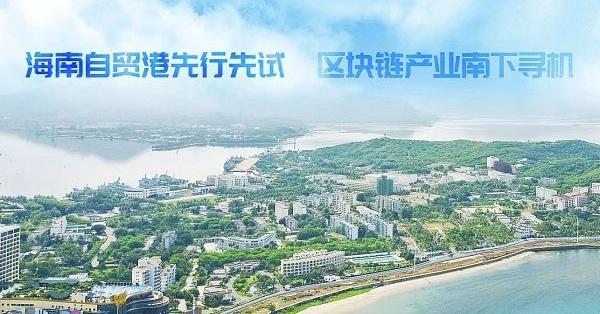