Original: Listen to the wind

Encryption and decryption technology in cryptography is an important part of blockchain technology.

Today, let's first take a look at the development of encryption technology, hacker culture, and crypto punk behind the blockchain.

Encryption is a way to protect secrets with passwords and encryption. In layman's terms, pen and paper are used to complete the task with some technical aids. With the advent of the computer and Internet era, the complexity of encryption has grown exponentially.

The opposite of encryption technology is password parsing, which involves the process of uncovering a password to decipher and obtain encrypted information. Encryption and decryption make up what is known as cryptography.

The "arms race" between encryption and decryption has a huge impact on the development of cryptography. 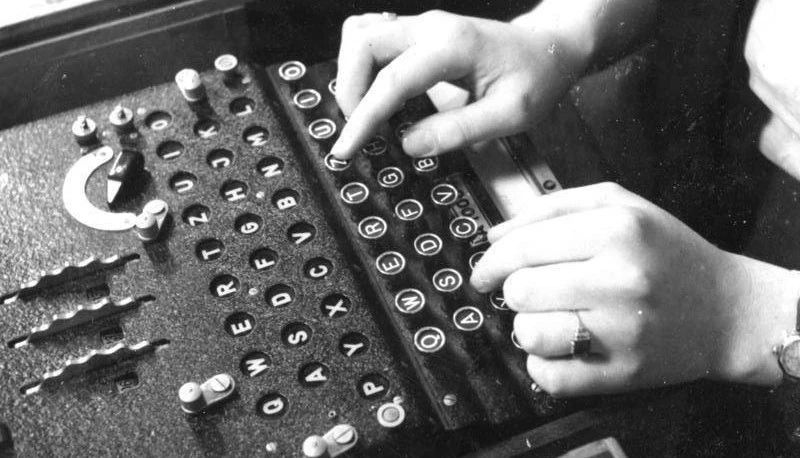 Encrypted telegraphs allow military strategies and military instructions to be communicated securely and quickly, which also lays the foundation for the success of new military tactics such as Blitz. Other countries have also begun to use different versions of Enigma for communication, and password analysis teams around the world are working on deciphering information. Some large-scale computers have also been gradually developed, such as the "bomber" decipherer-an electromechanical device designed to decipher the German telegraph code.

Before World War II, Britain and the United States had 180 "bombing" decipherers operating around the clock. Later, British cryptanalysts began using Colossus, the first programmable electronic computer. The laptops we use now and the screens we're reading at the moment are actually descendants of the crypto-technical war.

Hackers are a group of people who like to study the details of a program system to improve their skills. This definition is far from the understanding of today's society. For many people, the term "hacker" is synonymous with digital criminals. But don't rush to condemn these prejudices. In fact, the media has been using the word wrong for decades. Typical examples are "white-hat" and "black-hat" hacks, the latter of which have malicious intent.

The hacker culture was born at a world-renowned university like MIT. This culture was passed on in the 1980s and became a global phenomenon in the 1990s. But we can trace its origins to the beginning of the twentieth century.

In 1903, the Italian engineer Guglielmo Marconi became popular. He used the electromagnetic waves discovered by Hertz's for wireless communication. He has also received funding from the British government and has broken records of long-distance transmission or information transmission every year.

According to Marconi's records, his technology is secure and cannot be deciphered, and he will continue to prove the distance of information transmission by transmitting information from Cornwall to the Royal Institute of Technology.

However, the good times did not last long, but at this critical moment, it was a word: Rats. The word quickly spread widely, followed by remarks condemning Marconi and certain Shakespeare quotes.

Eventually, magician Nevil Maskelyne discovered that Marconi's transmission system was not secure at all. Maskelyne is very keen to disprove science-related technical or psychological statements, and when he learns that the British military will start using Marconi's technology, he can no longer hold himself back.

Maskelyne is the first generation of hackers, exactly "white hat hackers", and ethical hackers are also a bit of a saboteur.

Speaking like a hacker, computer scientist Raphael Finkel of Stanford University wrote the first version of what later became known as "The Jargon File."

Perhaps the best-known hacker group at the moment is the Anonymous hacker group, which had led Tunisia operations. At the end of 2010, thousands of Tunisians protested against their former president, Ben Ali. Not only did people march on the streets, they also clamored online for further democracy.

Anonymous played a key role in disseminating information, which caused neighboring countries to imitate this protest, and finally ushered in the spring of reform in the Arab region. 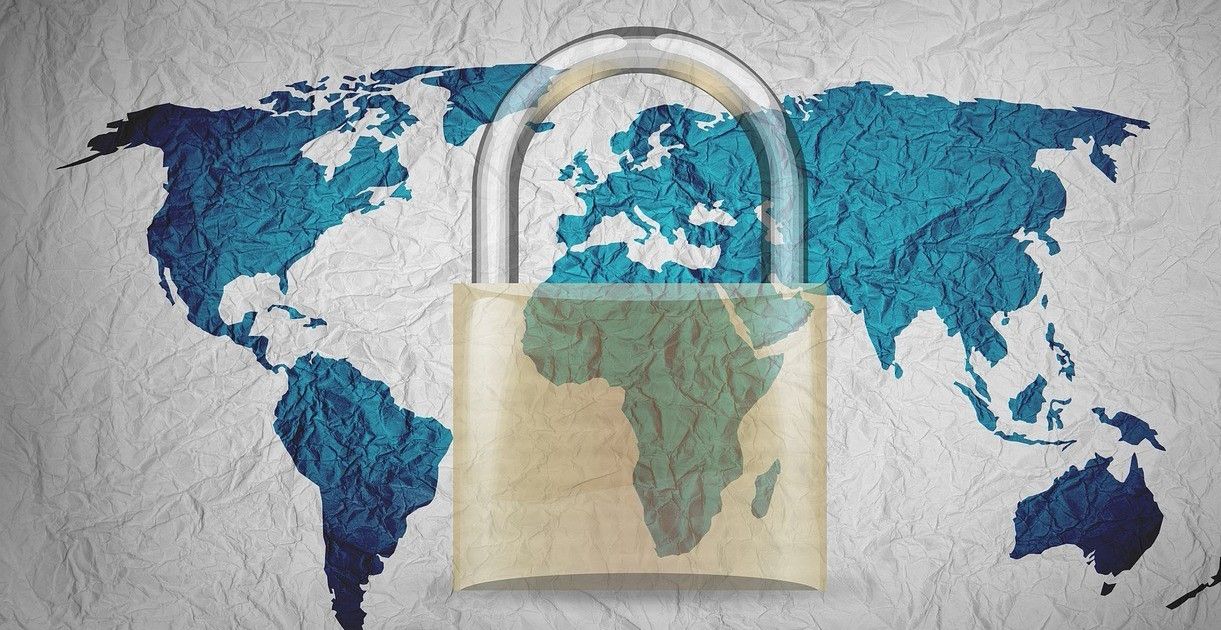 An abbreviation commonly used in our daily text. Hackers use it like this:

FYI ~ For your information

In 1984, Stephen Levy wrote "Hacker: Heroes of the Computer Revolution" as a chronicle of the hacker culture. In the process, he established the ethics of hacker:

Technicians have been promoting decentralization since the Cold War, which means removing any centralized or third-party agencies from the process. Decentralization is a logical consequence of the Internet: we are now all nodes connected to the network, which is a relatively new phenomenon.

So far, a more decentralized free market has proven to be a better way to organize transportation. U.S. citizens who wanted to travel in the 1990s could buy a car or bus ticket, in both cases they needed the Federal Reserve and the U.S. government to print dollars and maintain their value.

Today, anyone with enough Bitcoin can buy a car or pay Uber with cryptocurrency. Hackers around the world have been promoting decentralization for decades, and with the advent of blockchain and other distributed networks, their efforts are bearing fruit. Some of them formed online communities and groups and worked together in unexpected names.

Crypto punk is a privacyist. The word is a mixture of "Cypher" and "Cyberpunk". Crypto punk goes back to David Chaum's assumptions about cryptography, which advocates anonymous digital cash and anonymous reputation systems.

Password punks consider themselves doers, meaning that they believe that privacy can be enhanced by writing passwords. They believe that organizations in the form of a country stand on the opposite side of privacy issues, and can only be better if they are better than them in password privacy.

The following cryptopunks are affecting your life in different ways:

Adam Back: inventor of Hashcash, co-founder of Blockstream

If you don't know this group of hackers, please sit and fasten your seatbelts, who have been operating in the underground computer world since the 1980s. The Dead Cow Sect (cDc) was founded in a slaughterhouse in Texas and soon attracted some of the smartest people in the global hacker community. Over the years, they have been the subject of many allegations of wrongdoing.

• In 1990, HoHoCon at cDc in Houston defined the modern computer underground convention and invited journalists and law enforcement officials.

• In every U.S. presidential election since 1992, cDc has launched a campaign candidate.

• In 1994, cDc became the first underground computer group to have a Usenet newsgroup.

• In 1998 and 1999, cDc introduced the "rear orifice" series to make consumers eye-open for the security of their computer operating systems. Today, Back Orifice and BO2k are the most popular remote systems management tools among hackers and IT professionals.

• Since 1999, the special project team Hacktivismo under cDc has been at the forefront of human rights struggles inside and outside cyberspace.

• In 2002, cDc and Hacktivismo drafted their own human-friendly software licenses and received further honors, becoming the only underground computer organization to receive US Department of Commerce approval for exporting secure software encryption technology.

The origin of the blockchain is closely related to the development of encryption technology, hacker culture, password punk, etc., which is not only jerky and difficult to understand, but also easily used for many illegal purposes. This may be the fundamental reason why this field is so volatile.

Not all hackers are well-intentioned, because some "black hat" hackers, the entire crypto market has suffered a lot of various attacks in the past ten years, causing many trading platforms and investors to suffer heavy losses. One foot high and one foot high, the technological advancement of "black hat" hackers has also promoted the upgrade of our encryption, decryption, and security technologies.

Do you also know any stories about hackers and crypto punk in the field of blockchain encryption technology? Welcome to share your views in the message area.

"Disclaimer : This article is translated from Medium. The original author is the article Tony Vazz. It is the author's independent point of view. The translator has deletions, does not represent the vernacular blockchain position, and does not constitute any investment opinions or suggestions. The copyright of the article and the final interpretation Belongs to the vernacular blockchain. 』