After 20 days of shock consolidation, the market has begun to differentiate, and the unsettled personnel began to sell off. This shows that even the main funds, there are differences in the process of shocks, and other mainstream currencies are basically a downward callback. The trend, but we have seen that BTC has been very strong throughout the shock process, and even almost hit a recent high.

I think that the funds in the market are roughly divided into two factions. One group believes that BNB can continue to innovate. One group is sticking to the BTC. We can see that BNB has grabbed the limelight in the early stage, but there are not many market followers. Although the BNB's pull-up has not been able to activate the market's long-term sentiment, if the protagonist changes to BTC, I believe there are still many people in the market who are willing to do more. BTC can say that it has been drawing lines recently, and it has not fallen deeply. The rise has also risen. Generally speaking, the more regular things are deliberately made for you, which means that there is a main fund deliberately So, what are their purposes, and now is the time to do more?

Today, BTC no longer follows the BNB adjustment, but it has risen slightly and once again stood in the orbit. We mentioned in the analysis yesterday that if you stand back, it will quickly rise above $5,400, but unfortunately The target only hit $5,400, and did not hit a new high. Since then, the shock has dropped slightly. The daily-level moving averages have been ranked long. The KDJ indicator has remained strong above 50. The macd indicator has not yet formed a golden cross. We believe that in the short term. The washing of the plate has ended, BTC will continue to run up the track line, and even boldly predict that there will be a big Yangxian line. Only the BTC's pull-up can activate the market's long-term sentiment. When BTC makes another big Yangxian line, Will the market rekindle the war? Do a good job of defense, fell below $5,172 and left the market. 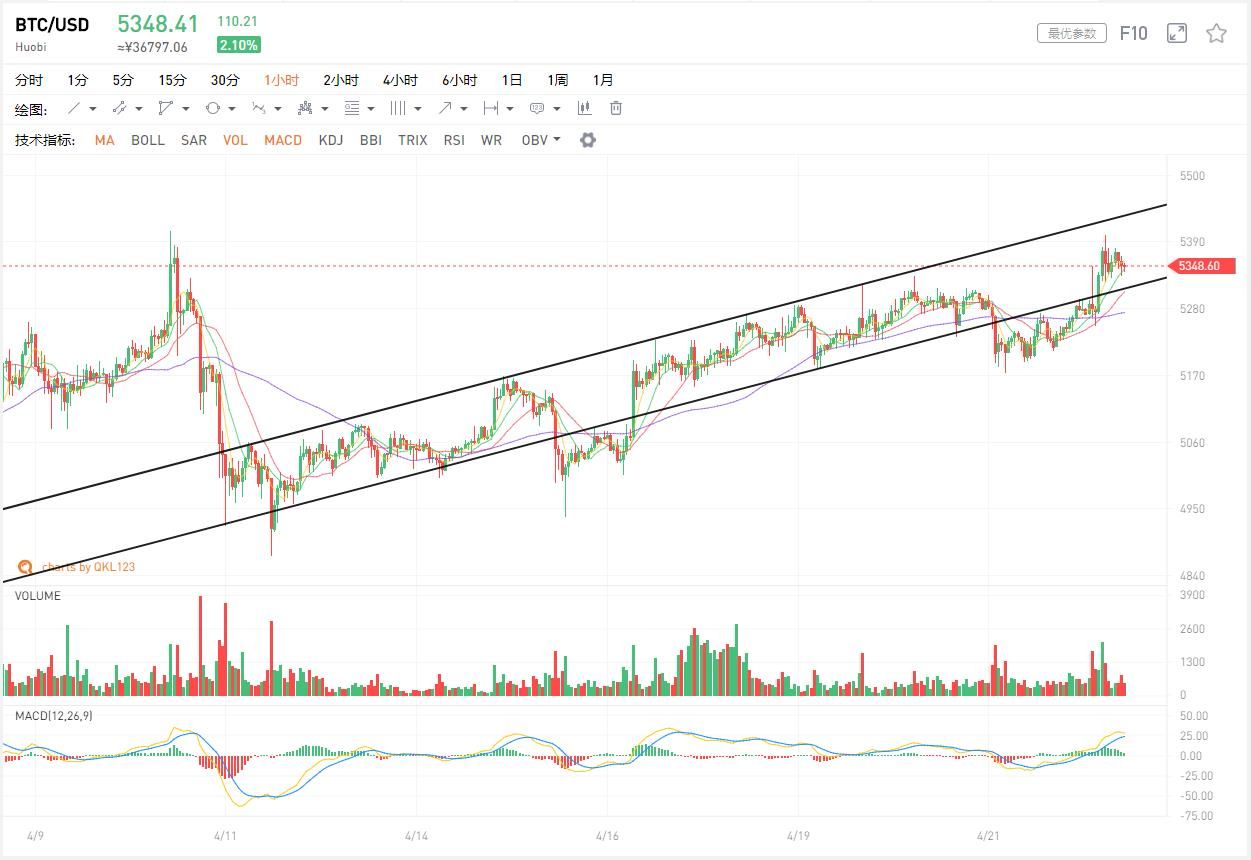 ETH also oscillated around the 250-day moving average, and the moving averages have no trend direction. It can be seen from the time-sharing chart that this round did not follow the BTC for the upside, the trend is weak, and will continue to return to $165, which may be short-term. In the range of 165-175 US dollars to do range volatility, the defensive once again fell below 165 US dollars, the market weakened, bearish to the range of 143-150 US dollars, the volume of the breakthrough 175 US dollars is bullish, pay attention to the pressure of 185.6 US dollars, the medium term The target is still around $230. 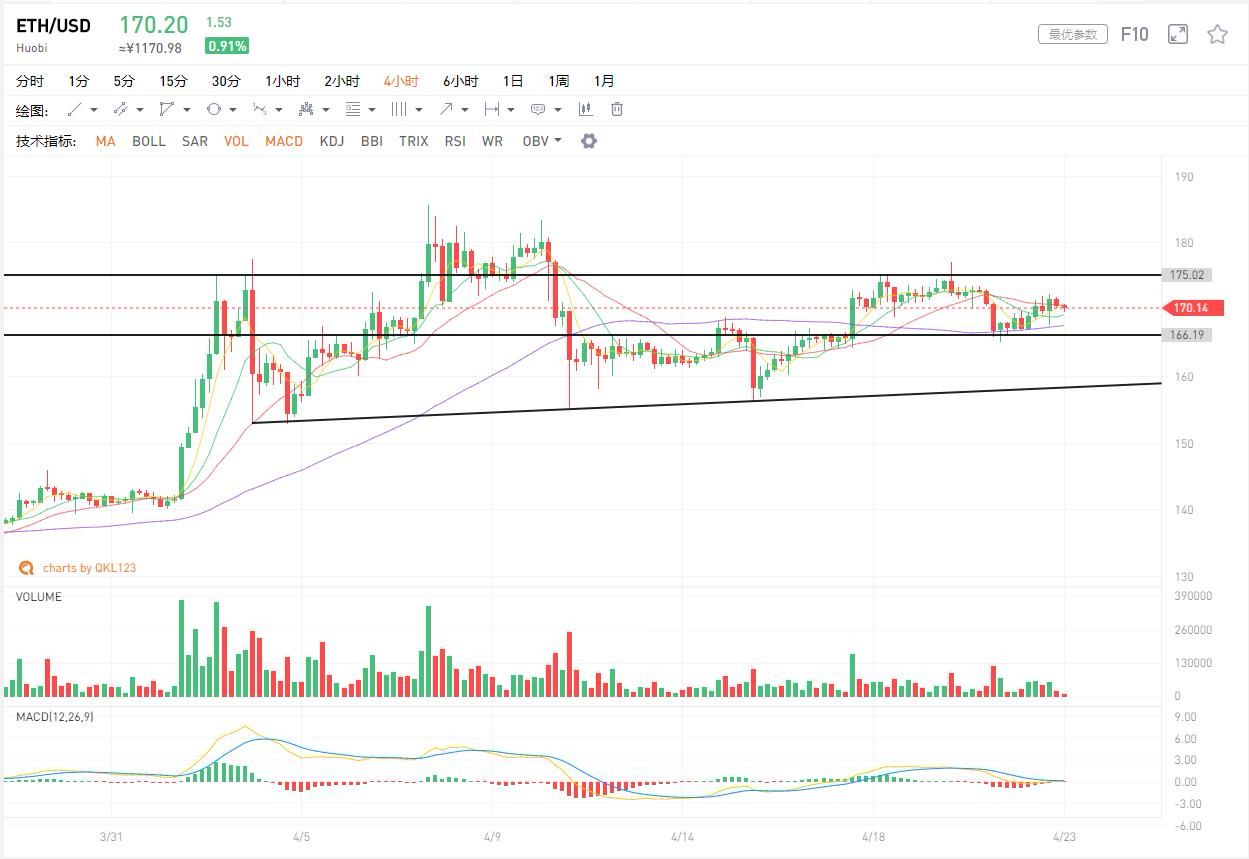 According to the bitcoinexchangeguide report, Ripple CTO David Schwartz has been selling his XRP recently. Is this the reason why XRP's recent trend is extremely weak? The sell-off from management should be considered a relatively bad one. Today's BTC rebounded, the target did not follow the intention, the next trend still needs to be patiently observed, breaking through the low of 0.314 US dollars can leave the field to wait and see. 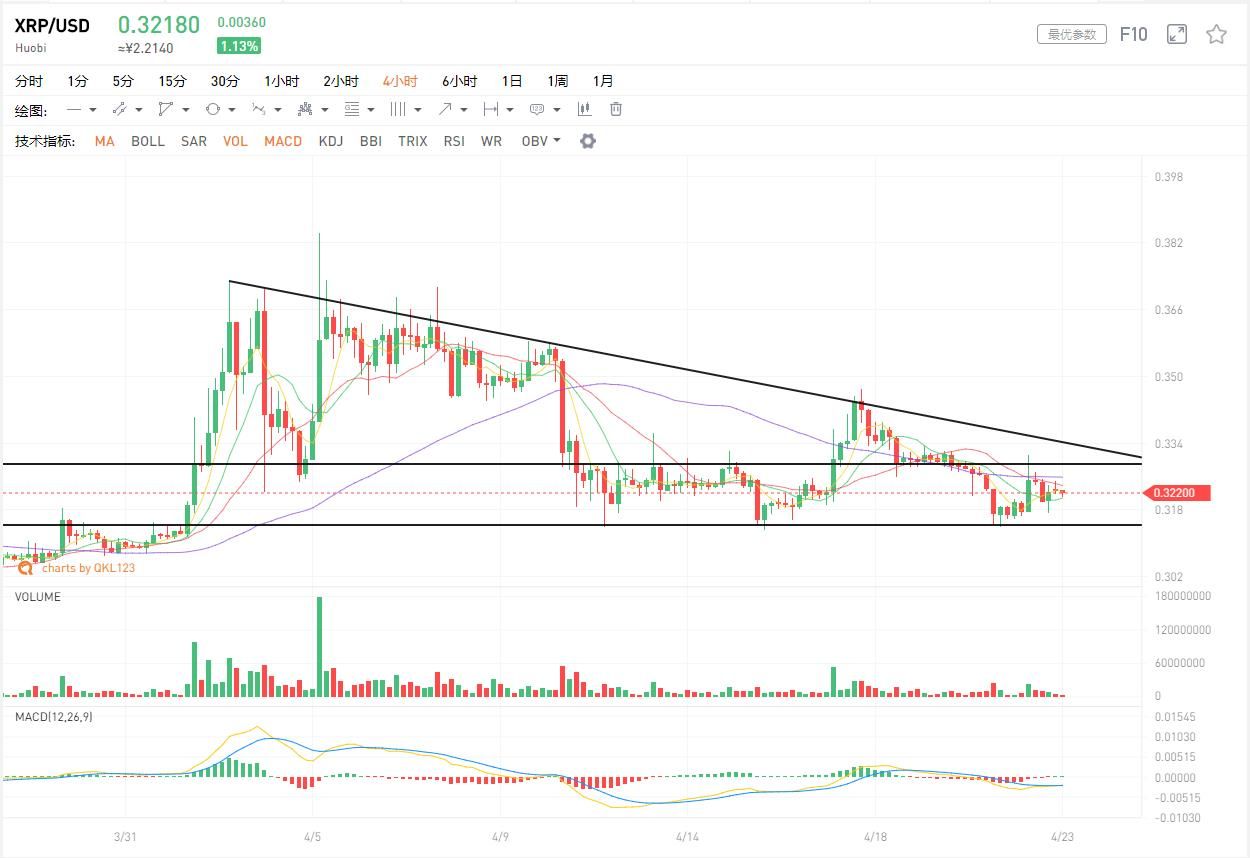 BCH's trend in the short term is not optimistic. The macd indicator is opening downwards. At present, the target has fallen below the short-term support of 290 USD. The target has not yet stood back so far, and the volume has shrunk. I will step back down to $227. I think this point has strong support. It can be sucked low here. The medium-term target still looks at $430, but it breaks $227. The market is over and the market is on the sidelines. 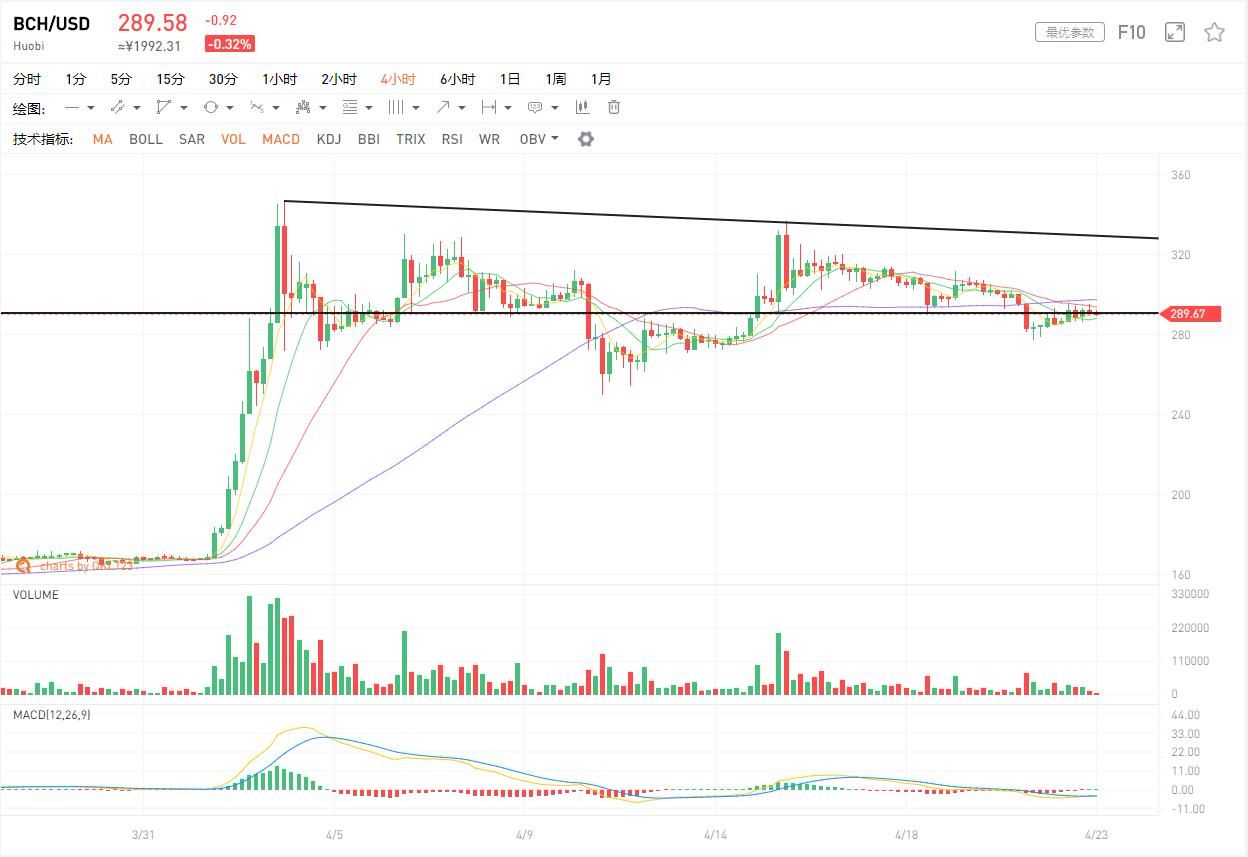 The short-term trend of EOS has gone bad. It has already fallen below the neckline of the head and shoulders. Now it is returning to the neckline to see if it can return to the neckline. If it can't stand back in a short time, the adjustment period will be extended. The target is at 4.7-4.8 USD. We think it will eventually fall to the strong support area of ​​4.4 USD. If we stand back again, if the volume exceeds 5.9 USD, it will be invalid and will be bullish to 6.8 USD. 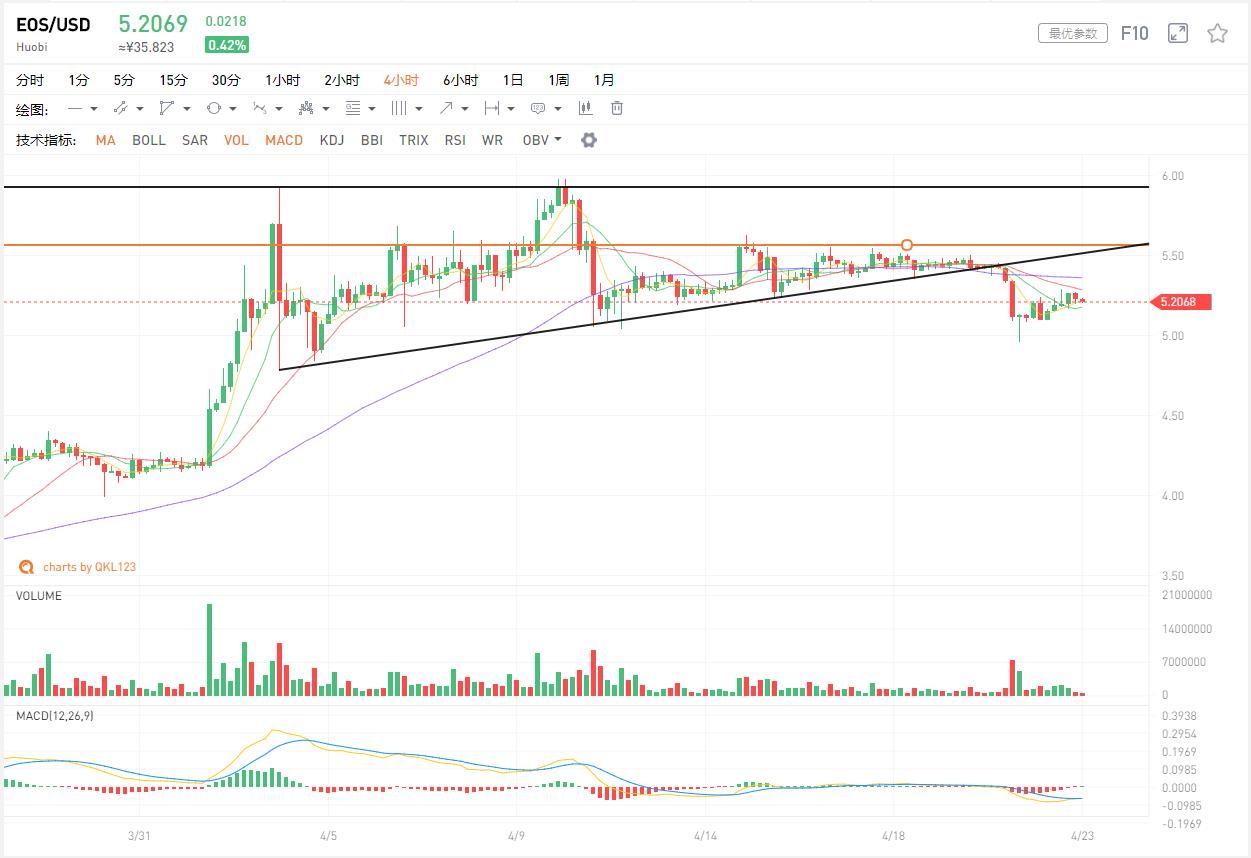 The LTC is still inside the cabinet, and it has briefly penetrated the bottom of the $75 cabinet, but it was pulled back very quickly. It has been smashed for dozens of hours, and it has once again fallen below the risk of the bottom of the box. If you wear this point, you will pay attention to the departure. The decline will be very large. We believe that the support that breaks through this position may fall further to the strong support of 62 US dollars. The adjustment period will be very long, and the upward rebound will exceed the US$85. The bearish effect is bullish and bullish to $100, but from a current perspective, this possibility is small. 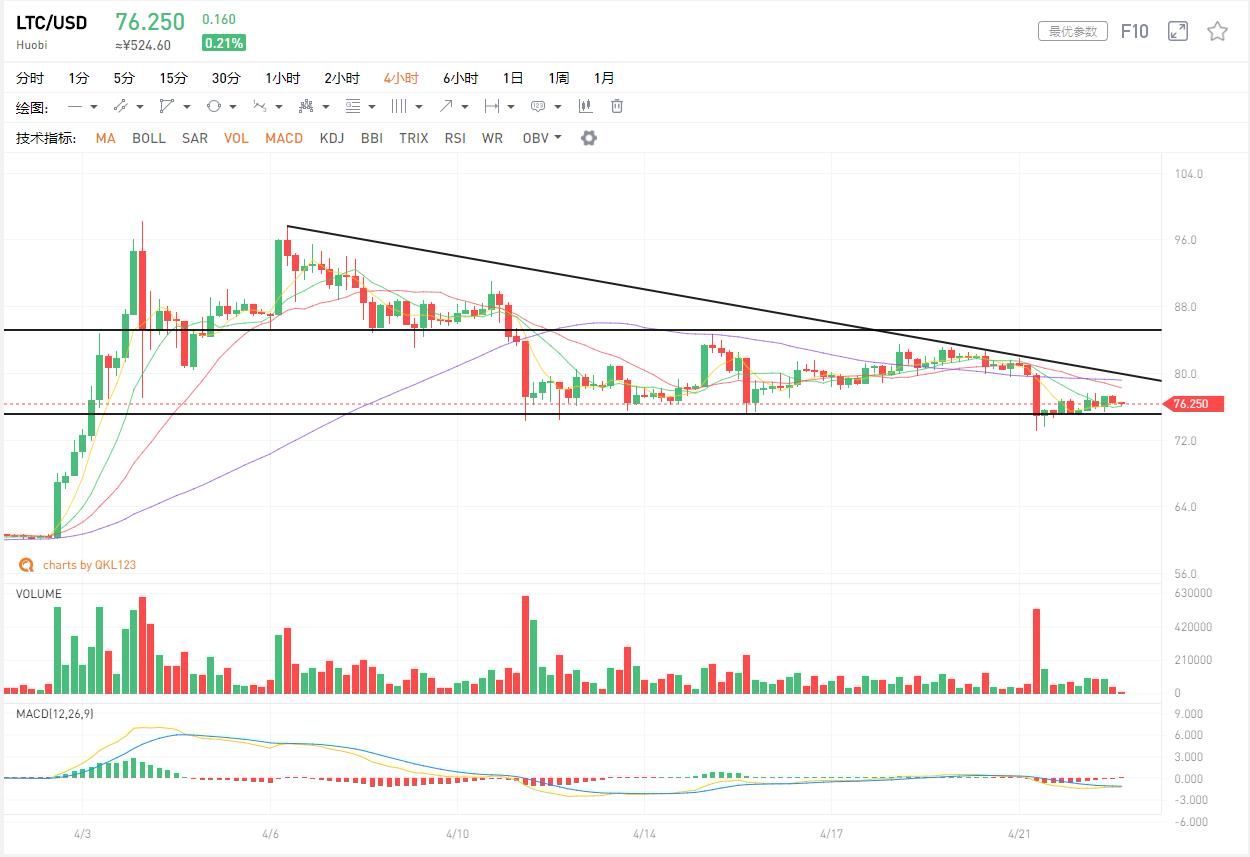 After BNB hit a new high, it continued to adjust. Although it has lost 5 antennas at present, the 5 antennas continue to run upwards. The current new highs cannot be counted as effective breakthroughs. They have not stabilized. The new highs are mentioned above or they are shocked or stepped back. We Just use the target as the observation target, and do not operate. We think that the strong support of the target is at 22.45 US dollars. Breaking through this point may return to the integer mark of 20 US dollars, which is larger and pay attention to risk. 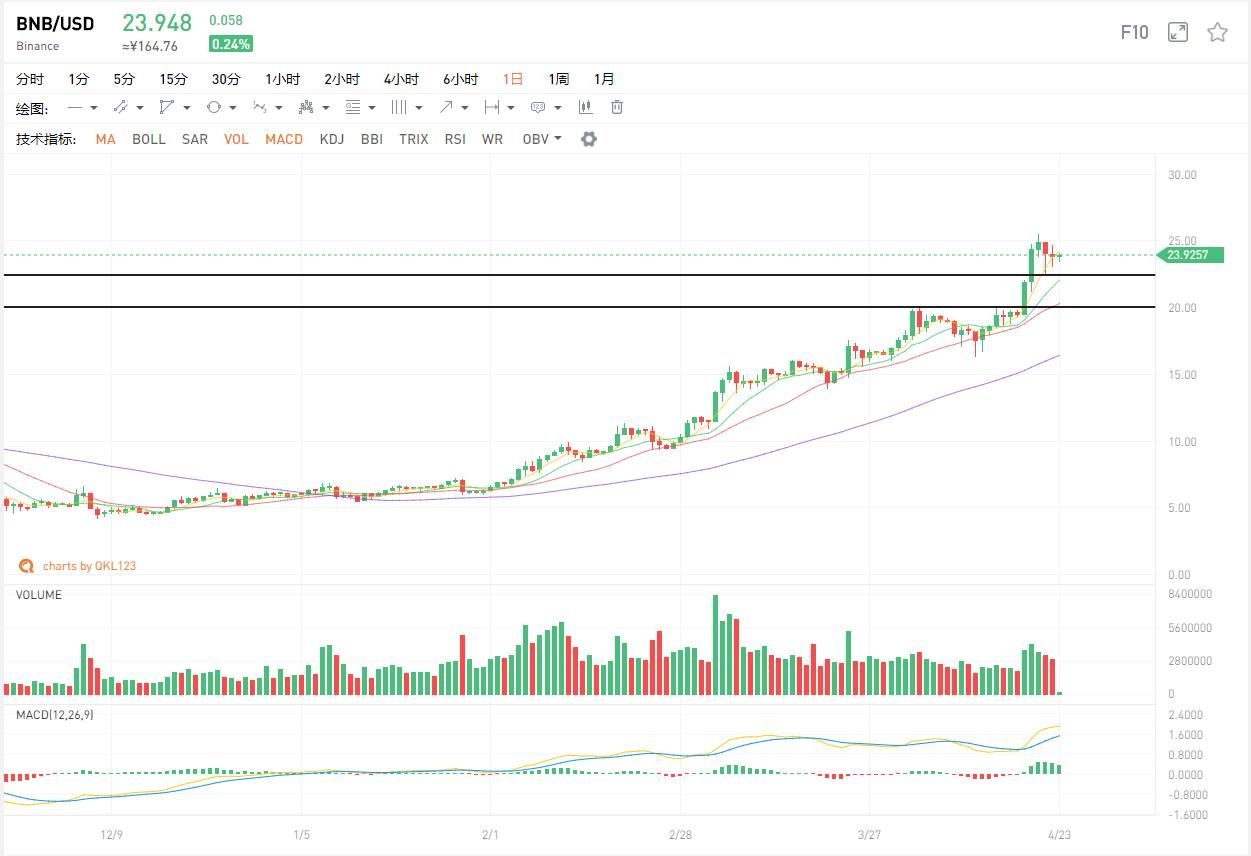 TRX fell below the support level of $0.025. The target went on an ABC trend. The C wave crashed down. At present, the 5 antennas are running fast downwards. The C wave's killing momentum is still very strong, but the downturn is broken. The amount has not been put a lot, can be low in the range of 0.02-0.024 US dollars, effectively fell below 0.02 US dollars to leave.