China's blockchain development is uneven, and industrial empowerment still has a long way to go

The South Korean government plans to provide a huge reward of 383 million US dollars for blockchain development in the next six years. It is reported that the Ministry of Science and Information and Communications Technology of Korea plans to use this funding to promote the development of original blockchain technology The realization of "driven economy", in the international general knowledge, the United States, China, and South Korea have been leading the world in the research and application of blockchain technology. The development of the Korean blockchain industry network has accelerated since 2017. In 2018, the amount of investment and financing ranked third in the world. This enlargement of the move will not only fill the gap between China and the United States, but also have the intention of catching up. . 1. Deviation in the combined use of blockchain finance

At present, 38% of global blockchain companies are concentrated in the field of cryptocurrencies, and 23% of companies focus on blockchain technology research and development. The Internet and financial industries are the two most widely used fields; the number of US, China, and UK blockchain companies is ranked The top three, according to the latest statistics, there are nearly 28,000 blockchain companies in China. Among them, 25,000 are issuing coins, and about 4,000 are for applications. 89% of Chinese blockchain companies have issued coins. The market size has reached 110 billion yuan. Domestic use of blockchain as a gimmick has appeared. The emergence of web fraud.

China's blockchain industry has entered a period of rapid development since 2016. As of July 25, 2019, the number of open blockchain patent applications worldwide has reached more than 18,000. The number of applications from 2015 to 2018 has increased rapidly year by year, and has entered 2019. The annual patent application rate has slowed down. China still maintains a rapid growth trend, accounting for more than half of the global patent share, three times the number of US patent applications, but most of the authorized patents are utility model and marginal patents. As of the end of 2018, there were 771 blocks worldwide Chain invention patents were authorized, and there were only 53 in China.

Following the Cambridge analysis of the data breach, Facebook has had a major data breach that has left the public skeptical of existing data storage methods. Issues such as domestic Internet data breaches and commercialization of identity information have also attracted great public attention. Block-based The authentication system of blockchain technology has made it urgent for users to log in securely. Blockchain technology cannot ensure the authenticity of the data source due to its decentralization, encryption, and tamper-resistant features. Once the false information is uploaded, it is difficult to modify it. The problems of fragmentation of digital identity information, easy data leakage, and difficult self-control by users still need to be explored and resolved.

Encouraging development is not tantamount to blind development, eliminating false prosperity and development illusions. At the stage of policy promotion of rapid development, clearing the root cause and clearing up market chaos are the main contradictions that need to be resolved at present. The industry still has a long way to go! 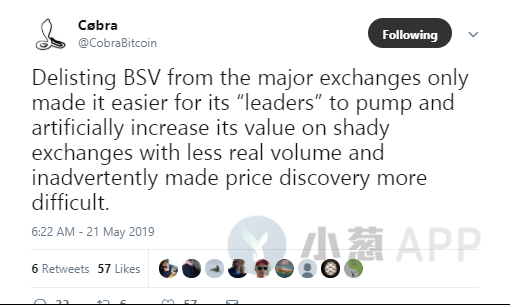