2 What is the rToken project

Consensys' article talks about the concept of "decentralized brand economy", which is a bit similar to the previous article "Headless branding".

This article proposes the concept of a "decentralized brand economy", shows how to use blockchain technology to build a participation infrastructure, and outlines a core set of principles that brands should follow to provide a consistent set of Gen Y, Z, and Alpha requirements Value, and provides a practical implementation method for blockchain-based brand community participation platforms.

The main points of the article are as follows:

What is the rToken project

This is an introduction to rToken. The predecessor of rToken was rDAI, a decentralized interest product based on DAI stablecoins. Now they are going to build an rToken project, which may bring some interesting attempts to Defi.

In short, rToken-Project's mission is to provide programmable interest payments to everyone. Originally built on the stablecoin DAI (built on Ethereum) and the open lending pool Compound, allowing users to earn income from their DAI and transfer such interest where they see fit.

We see the main benefit of rToken-Project's value to users. Users can effortlessly use easy-to-program interest payments that will change the digital economy, generate new payment streams, and more closely reflect user value. Programmable interest payments can have a positive impact on savings rates, as users recognize the immediate benefits of increased interest-based purchasing power, rather than being required to delay satisfaction during decades of slow and stable savings, making interest payments Flow up.

Stake DAO will distribute the value generated by a basket of DeFi services to stakeholders through Stake Capital Token (SCT). The process is as follows:

In addition, they also have an LToken, which is a 1: 1 product produced by other tokens such as WBTC in Defi. It is also very interesting for various uses in Defi.

The article mainly talks about Monero vs Zcash, but after that he mentioned some small projects that are quite interesting. These are ecological projects from Zcash and Monero. Although there is a little suspicion of milk coins, it is interesting to write privacy coins recently. The content is not much, it is still worth a look, and maybe one or two can be pressed against the small coins he recommends.

Opt in to privacy : For example, Zcash, all transactions are transparent by default. When using the "opt in" method, transparency is the default setting. Privacy is an option.

Mandatory privacy : For example Monero, all transactions are opaque by default. With the "opt out" method, privacy is the default setting. Transparency is an option.

Zcash and Monero are two of the most well-known privacy tokens on the market, launched in 2016 and 2014, respectively. Their ultimate goal is the same, but they use different mechanisms and methods. Zcash (ZEC) is a fork of the Bitcoin protocol and gains privacy by using the zero-knowledge privacy protocol zk-SNARKS. Monero (XMR) is a fork of Bytecoin, which has a completely different underlying protocol from Bitcoin, called CryptoNote. Monero maintains the privacy of its senders, transactions, and receivers through ring signatures, environmentally friendly transactions, and hidden addresses, respectively.

Many other privacy-centric blockchains, most of them from Zcash or Monero. The reason for the fork is that developers may think they can provide users with significant improvements or advantages.

Komodo [KMD]: Komodo was released before ZEC after the Zcash source code was made public. Komodo has launched the Antara framework for launching a new blockchain and a fully functional test environment (KMD Labs) for blockchain development. They have also pioneered a mechanism called DPOW, which protects smaller chains through the security of Bitcoin. Komodo is in the Alpha phase of the development of a decentralized exchange based on atomic swaps

Hush [HUSH]: Hush recently migrated its code base from ZEC forked code to a code base derived directly from KMD's previous work. Hush created Hushlist, a way for users to communicate using zero-knowledge technology, similar to a mailing list. Journalists, whistleblower or anyone who needs to communicate with many others can use this method to protect privacy.

PirateChain: PirateChain has the largest anonymous set of all running networks, and is currently the only code base derived from ZOC. It protects privacy from the "exit" perspective (that is, by default, users must exit through the shared view key ). PirateChain is also a member of the KMD ecosystem.

SWAP [XWP]: SWAP is also derived from Monero and inherits the privacy of RingCT and CryptoNote protocols. Swap's innovative contribution is that they implemented a completely different mining algorithm, Cuckaroo29s.

Blur [Blur]: It is a fork in the Monero code base. Compared with the commonly seen Monero idealistic anti-ASIC, Blur is actively approaching ASIC miners in the Monero system.

Other Monero forks: Monero developers also acknowledge the advantages of small fork coins in making innovative changes. In fact, most of the Monero branches were created by developers from the internal team of the main contributors to XMR. Many of these small Monero fork coins are actually designed to serve as a test platform for Monero's expected functionality. Projects in this subgroup include Masari, Aeon, and Wownero among others.

The future of cryptocurrencies will follow the history of the internet

Although the name speaks of cryptocurrency, it is actually Ethereum milk. Review the past of the Internet (mostly Google) to understand what the future of crypto assets may be (mainly Ethereum). The conclusion is:

We are going to look at Ethereum transactions in 2015-2019. Although you can see a surge in the fourth quarter of 2017 due to crazy speculation, the growth over the past 4 years has been amazing. In October 2015, only 6,000 transactions were processed per day, and by October 2019, there were 700,000 transactions per day. In just four years, the daily trading volume has increased by 100 times.

Ethereum has seen explosive growth over the past four years, not only for speculative purposes, but also with valuable real-world use cases. As Metcalfe's law shows, this trend will not only continue, but also produce compound effects. If you want to understand why Ethereum may still be the dominant public blockchain, you can see his network effect and developer ecosystem, you will understand.

President of Kyrgyzstan: cryptocurrencies must be treated with caution and their impact on the economy

Founder of Upstream Data: Encrypted mining is "the hardest industry in the world", a better option is to buy bitcoin 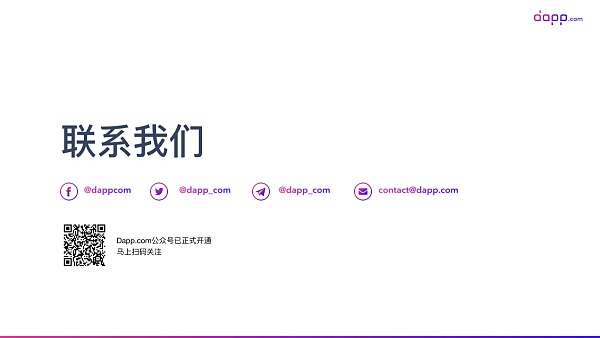