Guide: "Mom, I want to play chain games." "Play, play big production, four is not enough?" If you still think that blockchain games are still web games, then OUT, as blockchain games The production is more and more sophisticated, and the development team is becoming more and more formal. Many blockchain games have launched end-game and mobile game versions, and have begun to compete with traditional games. The protagonists of this article are the four blockchain games that have logged in to the largest game platform Steam, let's take a look at what slots and advantages they have. CRYPTO SPACE COMMANDER (CSC)-According to the official description, CSC is a cosmic sandbox game with four major sources of happiness: interstellar travel, collecting resources, creating items, and fighting players. However, DR friends are not happy in the game for two reasons.

GFC is a virtual currency in CSC. One dollar = 100GFC. Most items in the game are priced above 1000GFC. Treasure chests launched at the official Halloween each 2013 ~ 5013GFC, the price ranges from 20 ~ 50 USD, this is already the budget of Steam discounted masterpiece, but the investment into this game can only be an entry, but the local tyrants still sell It's gone.

I do n’t have the money to buy a battleship. I do n’t think it ’s a problem to start exploring the universe with the small detector I started sending. After a while, I was relieved. In fact , it is not important to open a detector or a battleship in the game. In the vast universe, it is impossible to find a player to fight one. Why waste money on a battleship?

2. This interstellar trip is too real.

I have been traveling in a galaxy for more than ten minutes, and I feel a little bored, so I decided to take a look at other galaxies. I randomly selected a galaxy 15 light years away from the galaxy map and it took 1 day and 6 hours. I naively thought that this is the time system in the game. It should not be long in a day, after all, many galaxies are more than 10 light years apart. So I embarked on this interstellar journey. 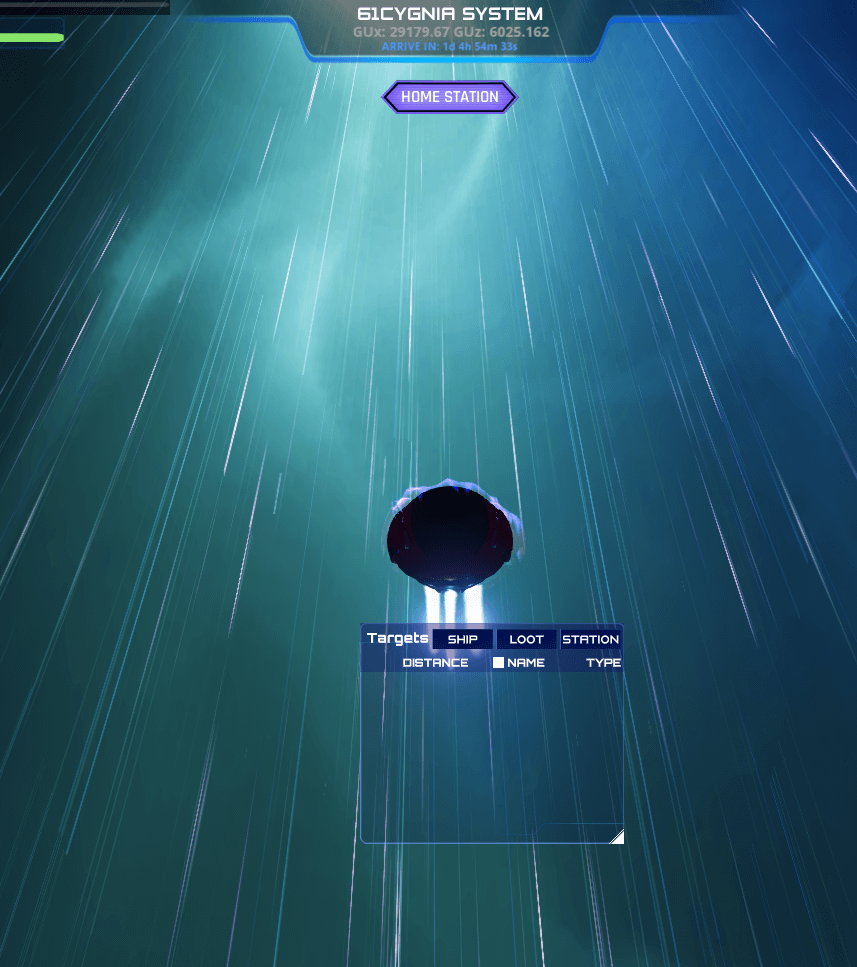 Then I was aggressive. This really has to fly a day in the game! And he couldn't stop at all. He could only stare at the screen to see the spacecraft flying at the speed of light. Just play for ten minutes, you have to wait a day before you can play. In contrast, Tencent's anti-addiction system is simply weak. 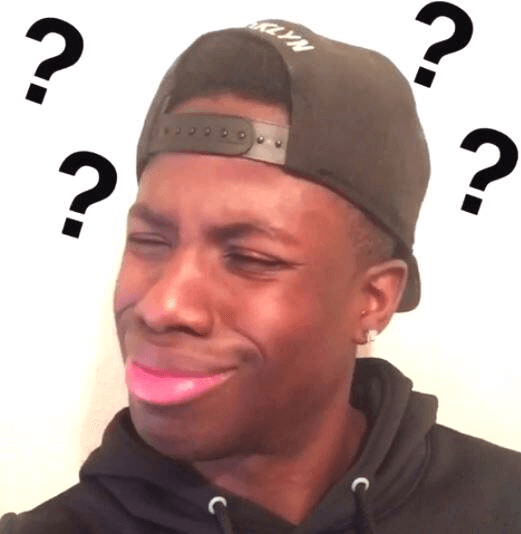 If you think about it, this is indeed true: after all, the real interstellar adventure is a 99.9% dormant cabin + 0.1% adventure . Players can also modify the boat to reduce travel time, recharge it.

Another big point of the CSC is that a spacecraft game turned out to be a mouse click to navigate, where to fly. If you want to escape in battle, you can only fight fast.

CSC is LucidSight's second blockchain game following MLB Champion. For details, see "The tragedy of the disappearance of two million US dollars" NFT "". CSC still continues the more centralized design of MLB Champion. The recharge is settled in US dollars. Go to the official website and bind the Ethereum address. I played for an hour and I didn't see most of the official game content. Maybe my galaxy is too deserted, but to reach other galaxies, my small detector still has to fly silently for more than ten hours. Those who want to experience loneliness can try this game.

"A spaceship is a ship off the track"-Light Trail Rush

Light Trail Rush (LTR) is also a spaceship game under test, but unlike CSC, LTR is a "running kart" that you can play when you come in. Each ship has its own unique ability values ​​and characteristics.

The most powerful thing about LTR is that it has learned to sell skins . It can paint its own spacecraft in the game, and it will turn into white immediately. 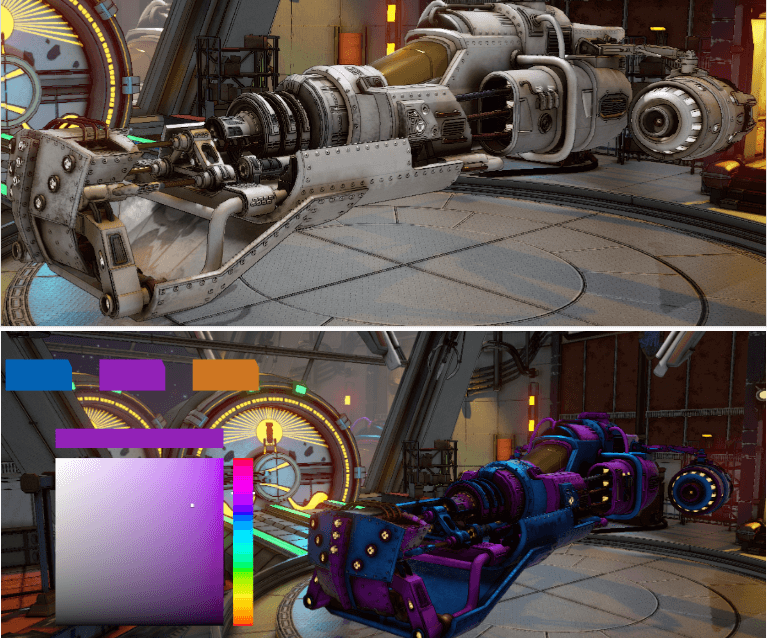 You can buy more beautiful skins on the official website. There is reason to suspect that this is a blockchain game test run by the Karting team. 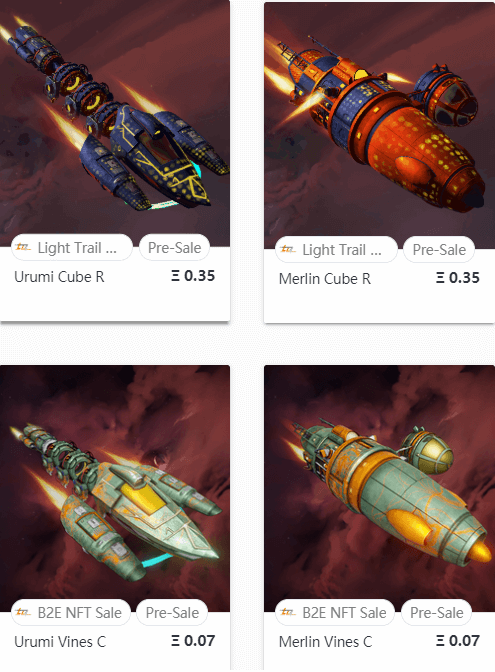 In terms of appearance, LTR is very good, but this is by no means a superficial game, it also helps to lose weight. Because the LTR uses a three-dimensional track, the screen shakes up and down during play, and you can spit it out in minutes, and insisting on losing 5 pounds a week is not a problem. And as long as you drive fast enough, the track ahead will not refresh, and the spacecraft will fall if it fails to refresh. This is a warning from the game's official: don't speed! The Internet is not a place outside the law . 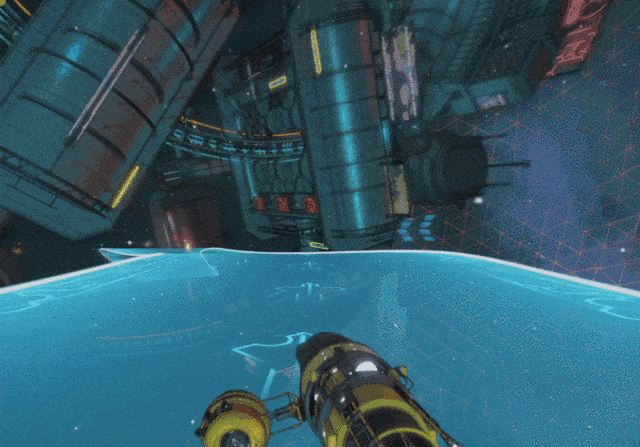 After reading the traffic regulations carefully, I called for my little friends to watch, but because there were no guardrails on both sides of the open track, my spacecraft often derailed. But why can't the spaceship fly? Or is it called "spaceship" because of flying off the track?

The little friend next to me thought that my driving skills were too good. I grabbed it and operated it. I didn't see how well he drove , but he did fly out of the track better than me . 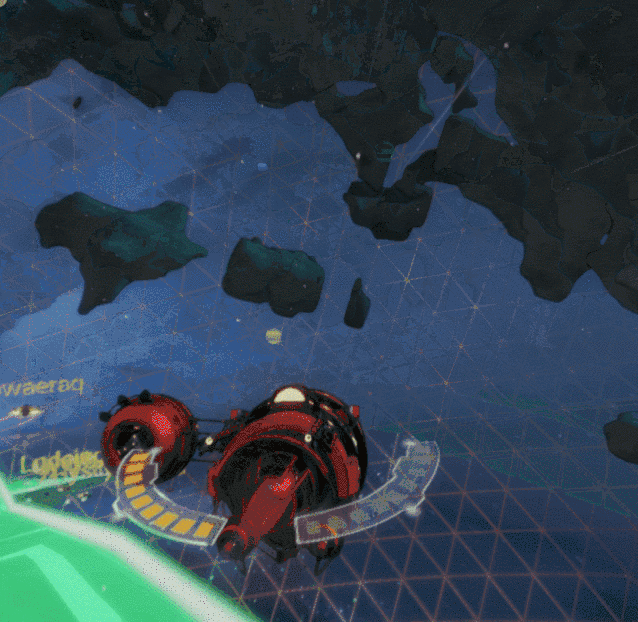 In general, LTR is a good blockchain game. It has functions such as speed play, customization, and NFT trading. The game also logs in to Steam and supports handle operations. It tries to lower the threshold to try to embrace Ordinary players. But the game experience is really dare not be complimented, let alone, I should wipe today's lunch on the screen.

Project Genesis is an FPS game, and the trailer looks a bit more "masterpiece". The test opportunity of the masterpiece is of course very precious. The DR partner worked hard to get the best results, and finally got a test place at 2 a.m. on a Friday.

The game has two FPS modes of spaceship and robot, and one purchase is double happiness. 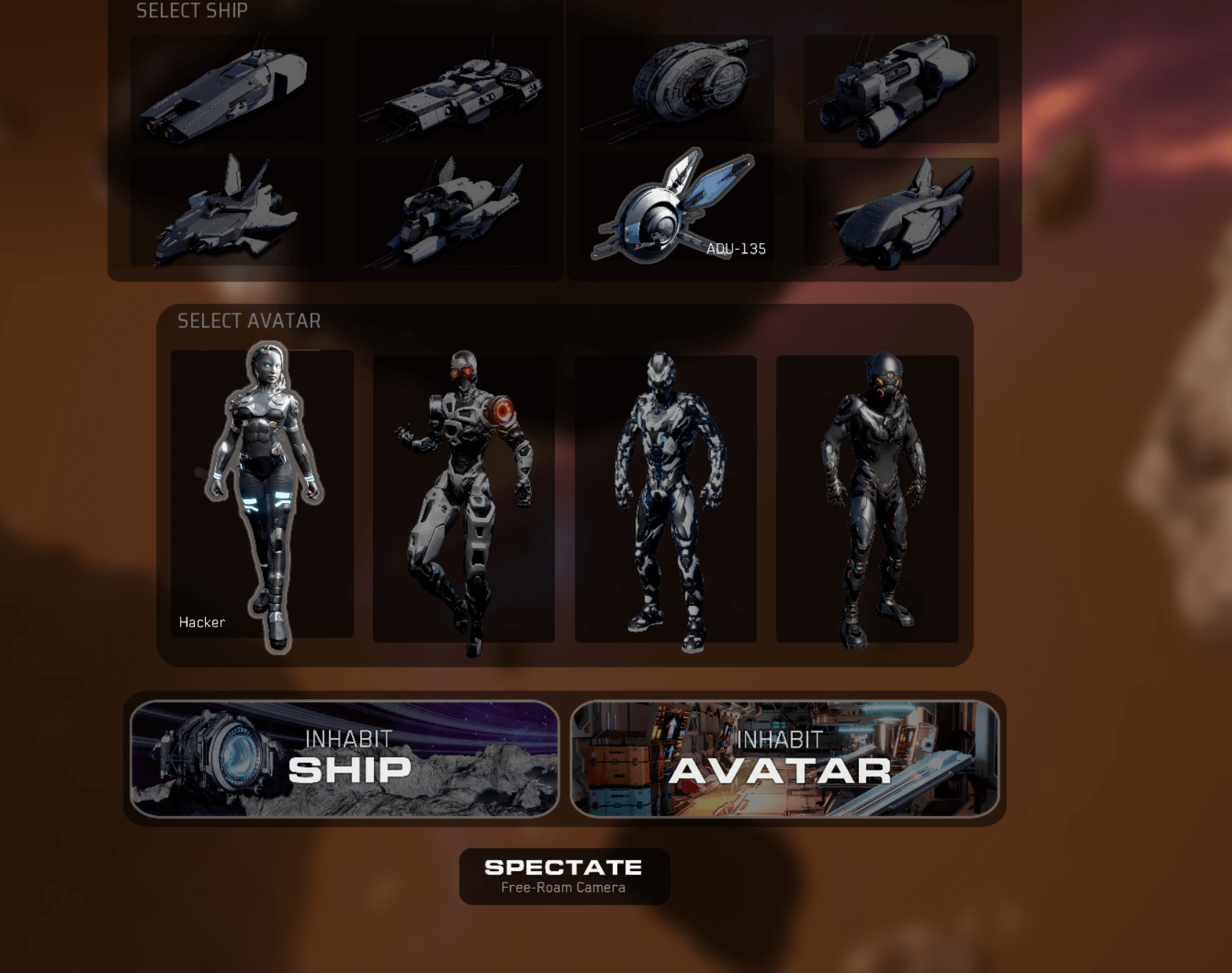 As an Overwatch sledgehammer and angel player, the FPS game is naturally not high. The FPS feel of Project Genesis robot mode is smooth, and there are no obvious bugs that have made me very satisfied. The downside is that there are many automatic doors in this mode. Like automatic doors in our daily life, they only open when the player approaches. After opening the door, the two players face to face, regardless of whether the enemy or me is a burst of fire, the probability of accidentally hurting the friendly is too high. 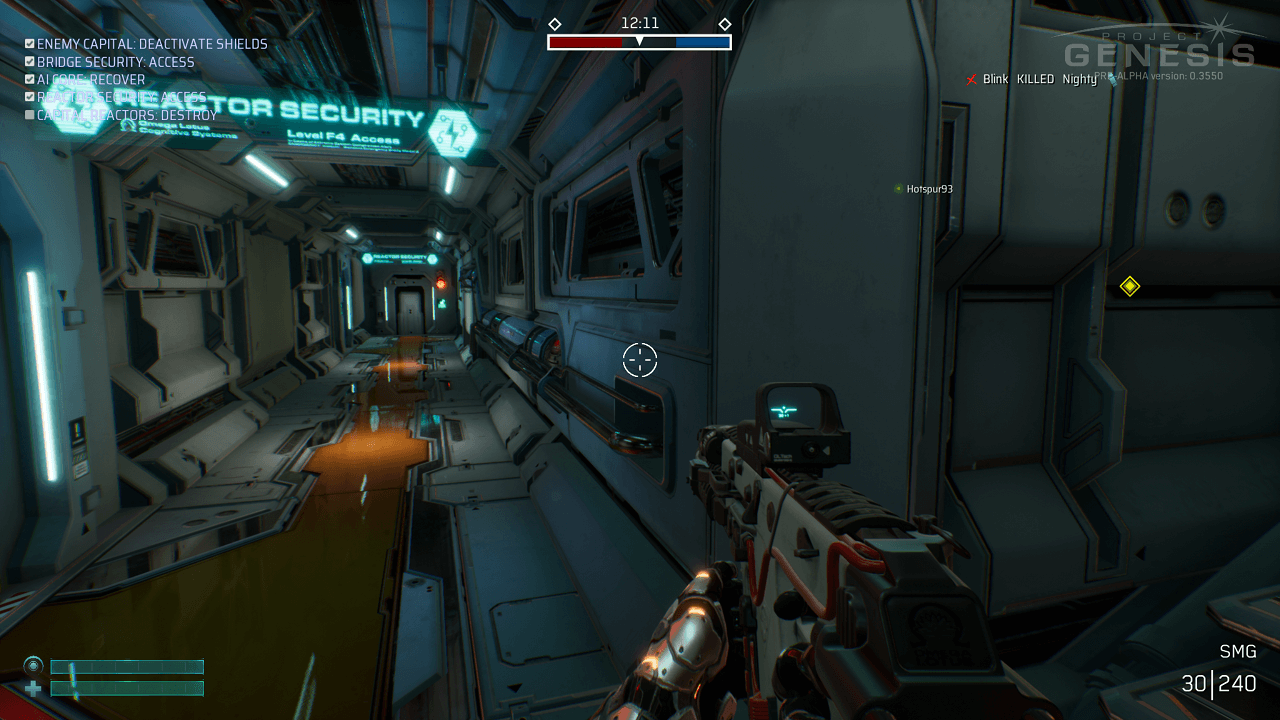 Project Genesis's spaceship FPS mode seems to be more popular. Players have 8 types of spacecraft to choose from. After the game starts, the full screen spacecraft is fiercely fighting, and it's right . Project Genesis is also much better than CSC with a mouse. Not only does it have four directions: "front, back, left, right", it can also rise and fall. This is what a spaceship should look like. 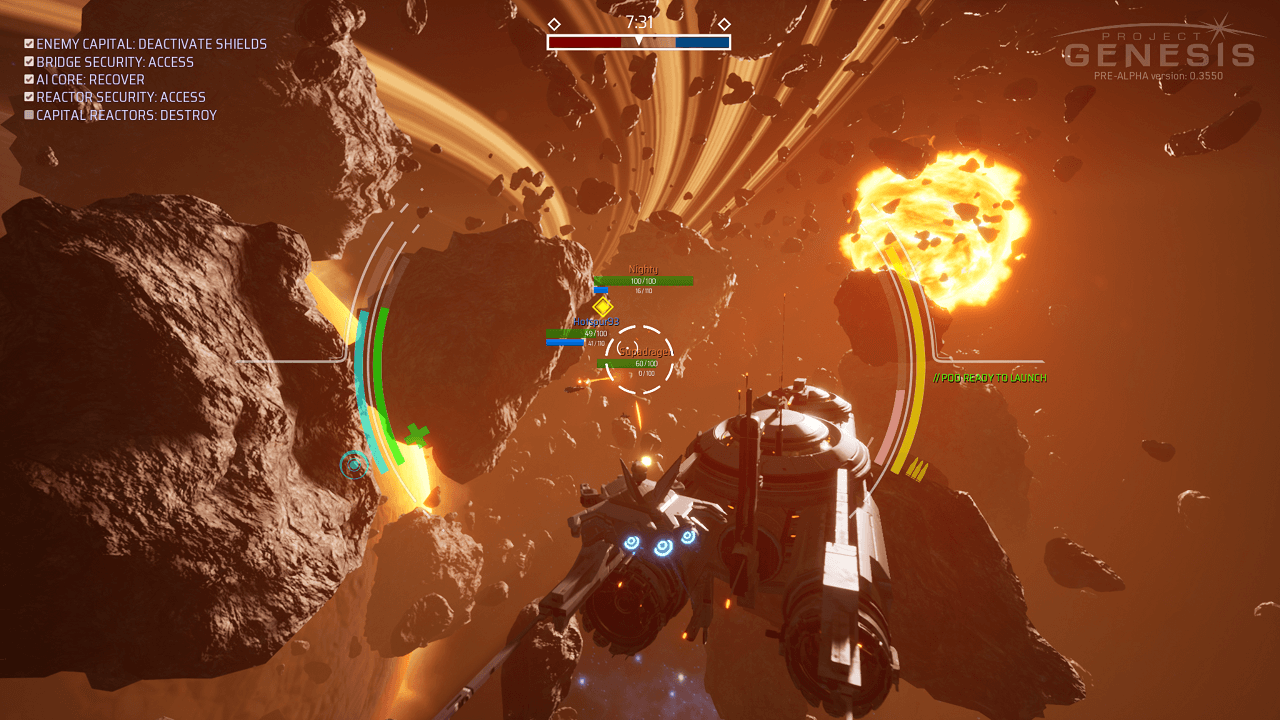 Although the flight method is very similar to a spaceship, the bullets fired are toy ships . All the bullets of the spacecraft are uniform white light balls, and the speed is slower. Quasi.

Although PG already has a smooth beta version, the main menu shows the project progress very modestly 36%, which is much better than a bunch of bugs that rush out to make money to allow players to help test the project . The game has been allowing different users to enter the test in batches, and patiently collect feedback. During the test, my various questions and requests for help have been answered very quickly. It can be seen that the game's operation team is very professional and responsible. .

If PG is a game with double happiness, then Dissloution is the most in-depth FPS game in chain games. Dissolution is a member of the Enjin universe and has its own Founder Token. The content of the game is quite large. There are dozens of pieces of equipment with different forms, each with its own unique attributes, such as this red gun has a high rate of fire and automatic shield. 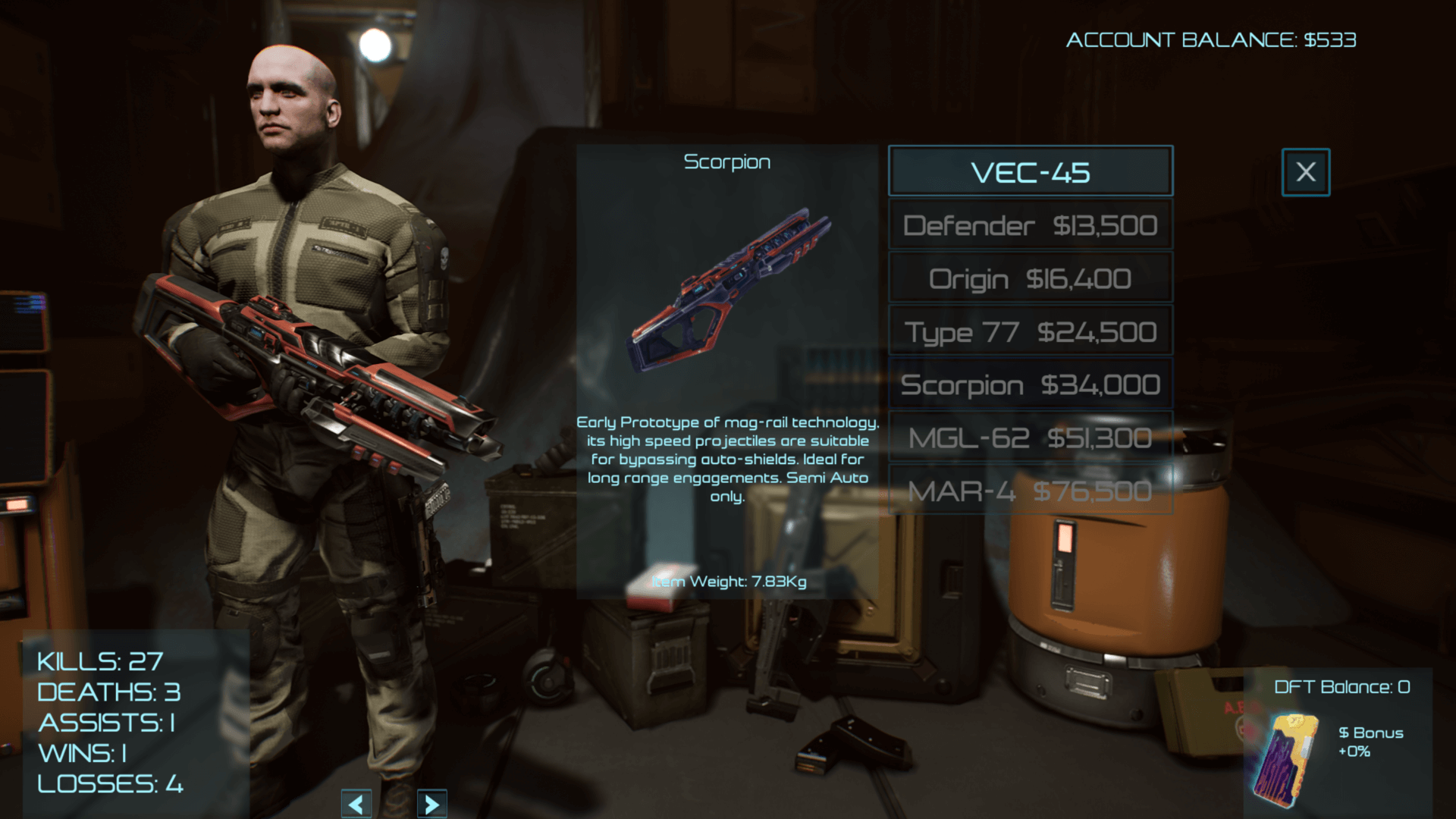 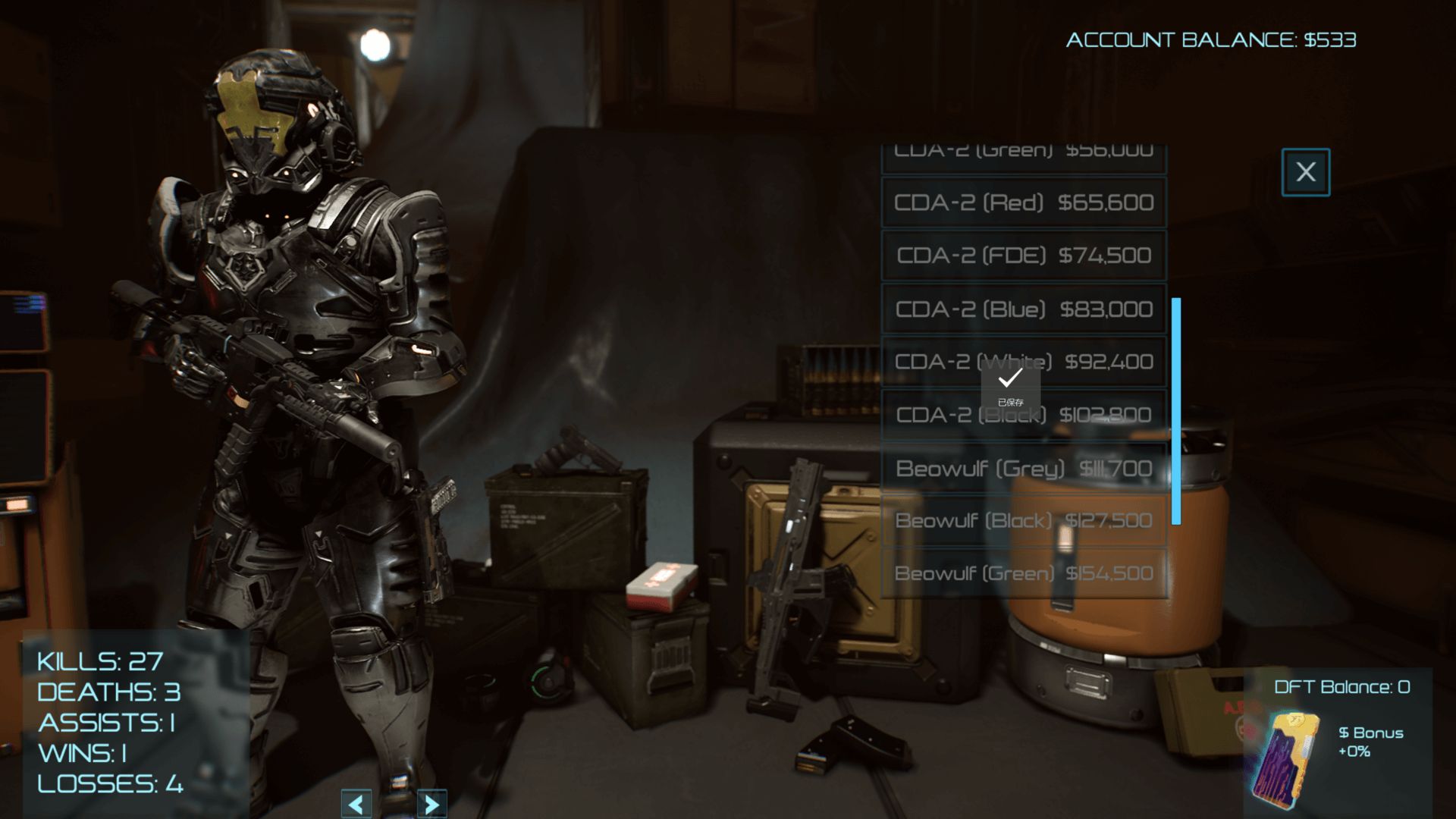 Dissolution includes Zombies, Assault, Raid, Deathmatch, Team Deathmatch and other five game modes. In Zombies mode, players need to fight wave after wave of zombies, and all of a sudden reminds me of the years of playing with friends in Internet cafes . In Raid mode, the two sides occupy the stronghold, and the battle is fierce. 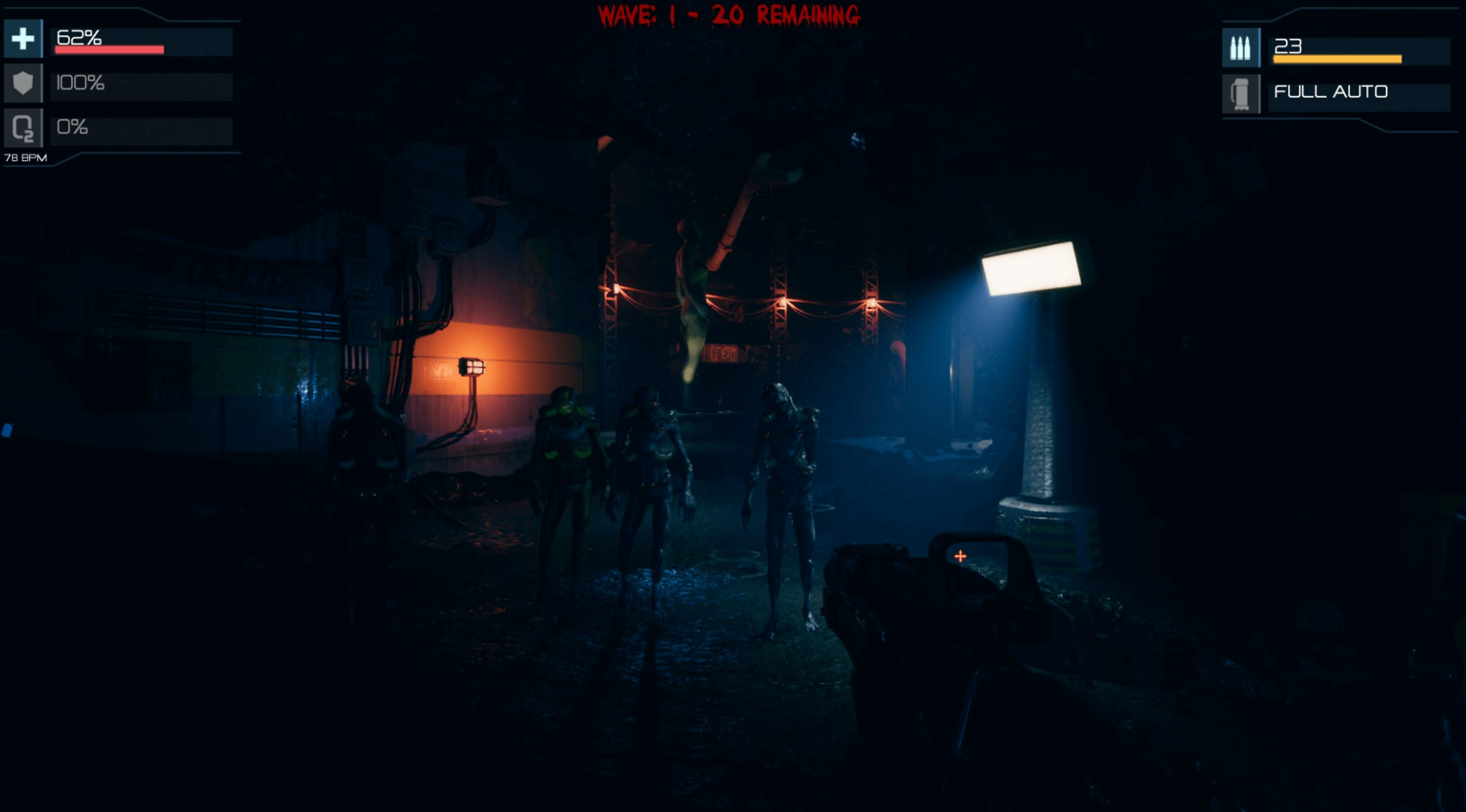 The producer of Dissolution is a Chinese Canadian developer. From the chat with him, I can feel his pure love for the game. Dissolution is also constantly updated with his efforts. However, Dissolution has never optimized the screen, the game screen is very dark, and playing a few more games feels blind. Especially in the zombie mode, it feels like playing a horror game, I often send out "Three who am I? Where am I? How did I die?"

The game screen is dark, even if the gun does not have a crosshair without aiming, the player can only follow the feeling when shooting. If you can't find it, no one will help you, the game has no novice guidance, there is no guidance on where to interact, it seems too real.

Conclusion : The recent market environment is very cold, too many public chain stories can not be told, what is the use of high quality and high TPS? Who can dominate with so many public chains? What kind of public chain is both meaningful and profitable? But I know-the more games, the better, the higher the quality, the more fun games are both meaningful and profitable. Although the four chain games introduced in this article are not more than 3A masterpieces, they are one grade higher than ordinary chain games in terms of gameplay, and they are still in the testing stage, and there is still much room for improvement in the later stage. Next year we will see a large number of high-quality blockchain games that have gone through market screening and survived. 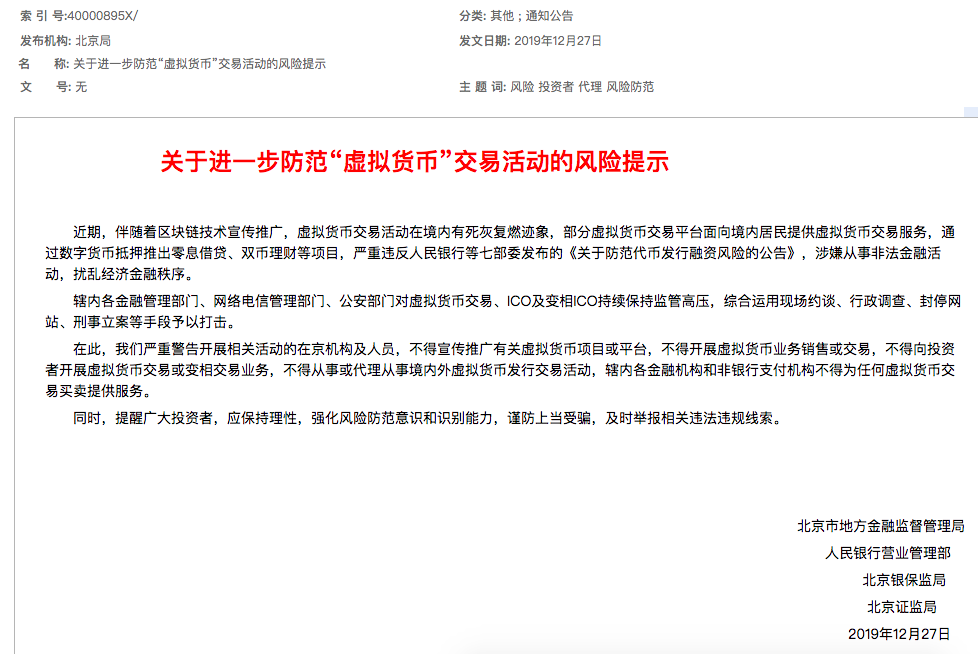 Opinion: Bitcoin will be stable for a long time and make the currency price reach 100,000 US dollars