The war is notorious for its unintended consequences, but it has also accelerated organizational, scientific, technical, social and political change. The First World War was an example of this. In 1919, representatives of some academic groups formed the American Academic Group. The council, in the next five years, the term "interdisciplinary" began to appear, and its original meaning was equivalent to "collaborative research" [1] .

Interdisciplinary research involves combining two or more disciplines into one activity or project. The way of thinking is to create something by crossing boundaries, such as HIV / AIDS and global warming issues, which require different disciplines to go Try to solve this complex problem [2] .

The emerging blockchain is also a cross-disciplinary product. It involves a wide variety of disciplines, mainly mathematics, computer science, cryptography, economics, law, and may also involve political science, Philosophy and even religion.

Therefore, it is actually extremely difficult to truly master the blockchain. In today's world, it is extremely rare to be proficient in these disciplines at the same time, and the mysterious creator of Bitcoin, satoshi nakamoto (Nakamoto Satoshi) is such a person or group.

The purpose of this article is to simply extract the disciplines involved in blockchain and some specific branches (limited to space and ability, only the main disciplines are mentioned here). If we consider blockchain as an arsenal, then the next What we have to do is to sort it out little by little, and then assemble it into a weapon to prepare for the next possible blockchain war.

I. Blockchain and Mathematics

In the blockchain world, we will encounter a lot of strange terms, such as "coinbase", "merkle root", "block", etc. Behind these terms, mathematics is actually used as the basis, and mathematics is used as A basic pillar layer that supports cryptography and computer science, such as the finite field and algebraic curves mentioned in the figure above, which are the basis of the Bitcoin blockchain elliptic curve algorithm ECDSA, and like the zero-knowledge proof algorithm, it is More complex mathematical calculations have been used. Therefore, the blockchain is essentially based on mathematics. In turn, its rise has also promoted the exploration of mathematical disciplines.

Computer science is actually a very extensive subject, and it has a close relationship with cryptography. In this article, we mainly talk about programming languages ​​and distributed computing.

When we want to use a certain type of blockchain, we need to download the software of the blockchain, and the software is written in a programming language. For example, the original client of Bitcoin was written by Satoshi Nakamoto in C ++. A Python language version has also been added, while another major blockchain platform, Ethereum, has clients in multiple language versions, such as go-ethereum (geth) using Go, ethereumjs-lib using JavaScript, and Rust Parity, etc., in addition, Ethereum's smart contracts are written in solidity or Vyper language [3] , or the Libra stablecoin project being developed by Facebook, which is written in a new programming language Move [4] of.

With the development of the blockchain, some originally niche languages ​​have gradually begun to shine. For example, the Rust language is an example of this. In addition, the Go language is becoming more and more popular with blockchain developers. In general, The programming language selection ideas in the current blockchain world can be roughly divided into four types. One is to write clients using various programming languages ​​like Ethereum, and then let users make their own choices. The other is to choose actively. A mainstream language to write clients, and another is to focus on security to choose the most suitable language, and the last is to develop a programming language by a big factory like Facebook itself. As for which language or The method is the most suitable, and this is a topic of benevolence and wisdom.

In computer science, a distributed system refers to a system formed by a group of computers connected and communicating with each other through a network and coordinating the behaviors of various computers. Components interact with each other to achieve a common goal. In the blockchain world, The main types of distributed systems are peer-to-peer architecture and multi-layer architecture.

These consensus algorithms have different trade-offs, so it is difficult to make comparisons in the same dimension.

In the blockchain world, we will also see a multi-layer architecture, which is somewhat similar to web applications. For example, Bitcoin uses a main chain + Lightning Network (Layer 2) + side chain architecture, and Ethereum uses ETH 1.0. (PoW) + ETH2.0 (shard chain + PoS beacon chain + Plasma chain, state channel, and other layer 2) architecture. In addition, there are currently layer-0 layer extension protocols such as bloXroute, but they have not been extensively tested And verification.

2.3 About integrated circuits and quantum computing

In the field of public chain, there is an incentive (coin or token) to maintain the network. In the early days of Bitcoin, miners participating in the network consensus were using CPU equipment to mine, and then transitioned to GPU, and then developed to ASIC ( The integrated circuit designed for a specific purpose) mining era, and the companies that produce these devices are the richest group in the current blockchain industry.

In recent years, the development of cryptocurrency ASIC chips has been very rapid. From 110nm in 13 years to the mainstream 7nm chips, the computing power of the Bitcoin network has experienced an increase of about 800,000 times during this period [5] . Increased the security of the Bitcoin blockchain network, making its ledger more and more credible.

To put it simply, if we can travel through time and space and get a quantum computer that matures about 20 years later, then we can use it to calculate about one-third of today's circulation (about 6.5 million BTC) of Bitcoin [6] , But the problem is that we do n’t have a machine that can travel through time and space, and the blockchain technology is also constantly developing. The related research on quantum-resistant algorithms will be easier to land, that is, after the quantum computing matures, its The chain will not pose a threat, but will play a promoting role.

A cryptographic hash function is an algorithm that maps data of any size into a fixed-size string. A hash function usually requires two security requirements: one-way and collision resistance . The former ensures that the underlying hash function is irreversible, while the latter means This makes it difficult to find two inputs with the same hash value. For the hash function, there are two kinds of threats: hash collision attack and birthday attack. [7] .

In the blockchain world, the most commonly used hash function is SHA256, which is one of the encryption algorithms in the SHA (Secure Hash Algorithm) series, and Bitcoin's address generation uses a dual SHA256 (encrypted twice) mechanism , Thereby improving the security of the system.

In addition to hash functions, digital signatures are another indispensable cryptographic component in the blockchain. Their existence can guarantee the verification, non-repudiation, and integrity of the data source. Forged a valid signature.

In the current blockchain world, ECDSA and EdDSA are the two most commonly used digital signature schemes, such as the current ECDSA adopted by Bitcoin and Ethereum, while Monero is adopted by EdDSA.

The so-called zero-knowledge proof, the problem it solves is to enable the prover to make the verifier believe that a certain assertion is correct without providing the verifier with any useful information. In short, it can solve the problem of the blockchain. Private issues.

With the development of the blockchain, related zero-knowledge proof schemes continue to emerge, such as zk-SNARKs used by Zcash, Bulletproofs used by Monero and Grin, and Zk-STARKs [11] planned for Ethereum 3.0.

These different zero-knowledge proof schemes also have their own trade-offs. Some proofs are small in size and faster in verification, but they require credible settings, while others do not require credible settings, but the proof is large. For our general users In terms of it, it seems that user experience and related costs may be more critical considerations, which are also issues that blockchain project parties need to focus on.

Game theory is the study of logical decisions made by participants within the definition of the system, and the use of certain incentive structures and mechanisms can cause participants' behavior to become predictable and honest.

For example, the Bitcoin network rewards miners with BTC (an economic incentive) to motivate them to use their own computing power to protect the network. The consensus between the nodes is reached through a proof-of-work (PoW) algorithm. Bitcoin's genius designed it The point is to deliberately make mining difficult and inefficient, so that malicious participants pay. In this way, the network can ensure that nodes do not deviate from the protocol. This setting that promotes good behavior and prevents bad behavior is applied to game theory. .

The PoS system used by Ethereum 2.0 has further set punishment measures to punish malicious acts or other unfavorable behaviors to the system.

Austrian economics is a school that originated in Vienna, Austria. This school of economics attaches great importance to the free market. They believe that the market will work best without any external intervention. This is a bottom-up job. This method is in opposition to the current Keynesian economics school. Most Bitcoin scholars prefer Austrian economics.

Because in the blockchain world, there are native assets in the public chain, so blockchain and finance are closely related, and these assets will have different definitions in different countries.

For example, in China, native assets such as Bitcoin and Ethereum belong to the category of commodities, and the financing of ICOs, IEOs, and STOs is a suspected illegal financing and is not permitted by the state.

With the increasing influence of blockchain stablecoins, existing laws may be updated [12] .

In contrast, the currencyless blockchain (alliance chain) is relatively far away from the law (secure).

Blockchain is a nascent field that spans a variety of disciplines. Whether it is a public blockchain with a coin or an alliance chain without a coin, it has great experimental value. In the research direction, the public chain is More subversive, but the former also comes with a lot of legal risks.

The blockchain technology war is on the verge of eruption, and this is bound to trigger a new round of interdisciplinary research. If Bitcoin is the first "nuclear bomb" in the blockchain world, then, next, we also There will be more blockchain "kill weapons". 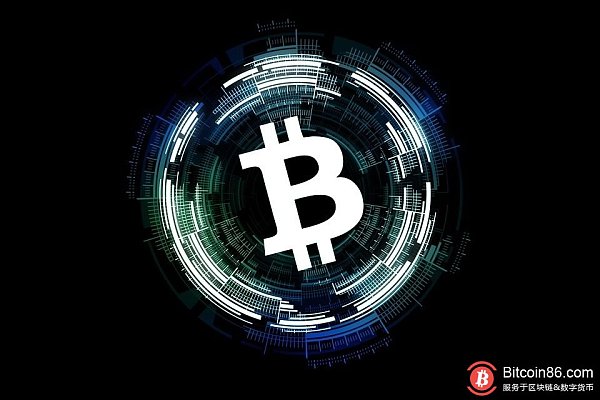 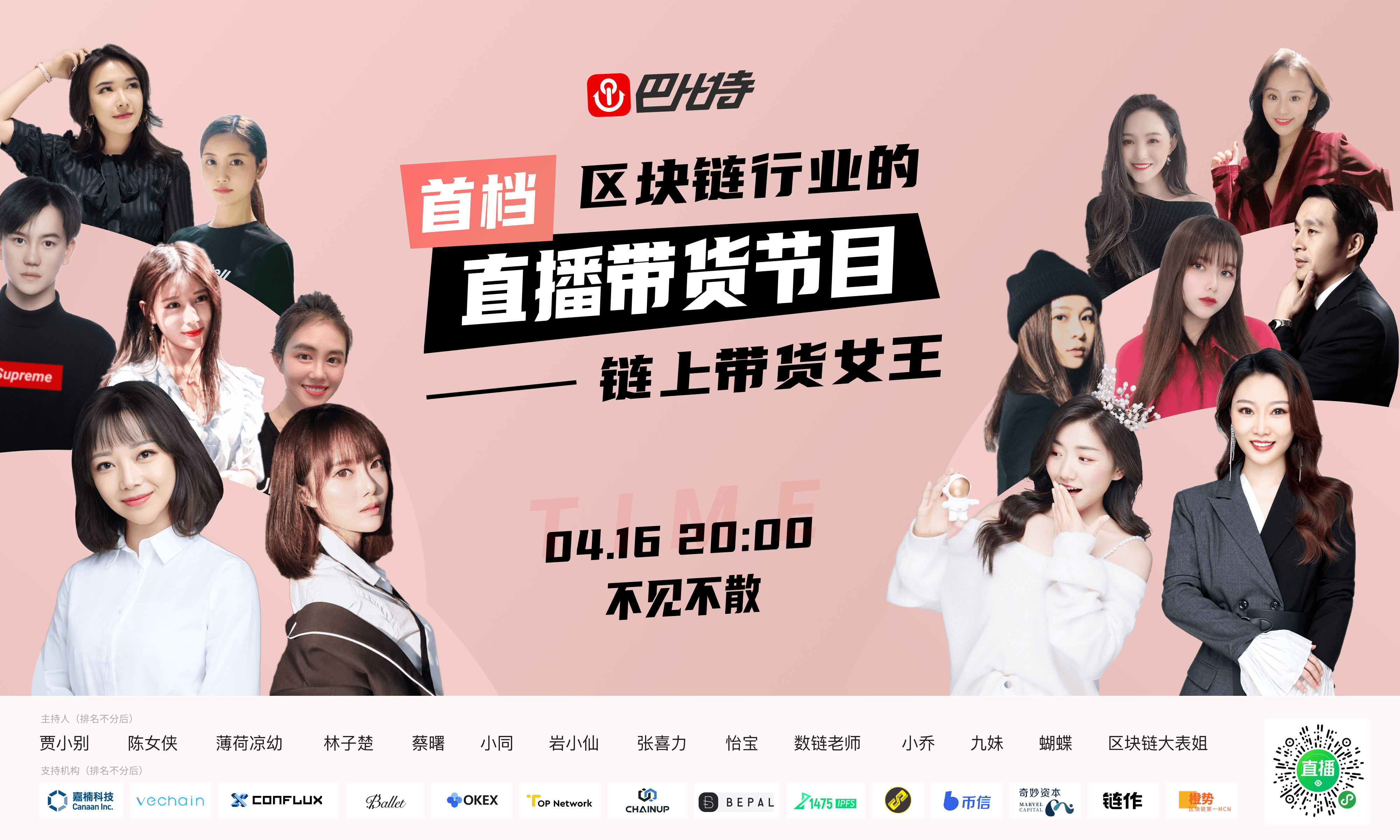 Coin Security will launch a platform for rebate and support 8 kinds of tokens including XLM, ALGO, NEO and ONT.

Today's panic and greed index is 71. 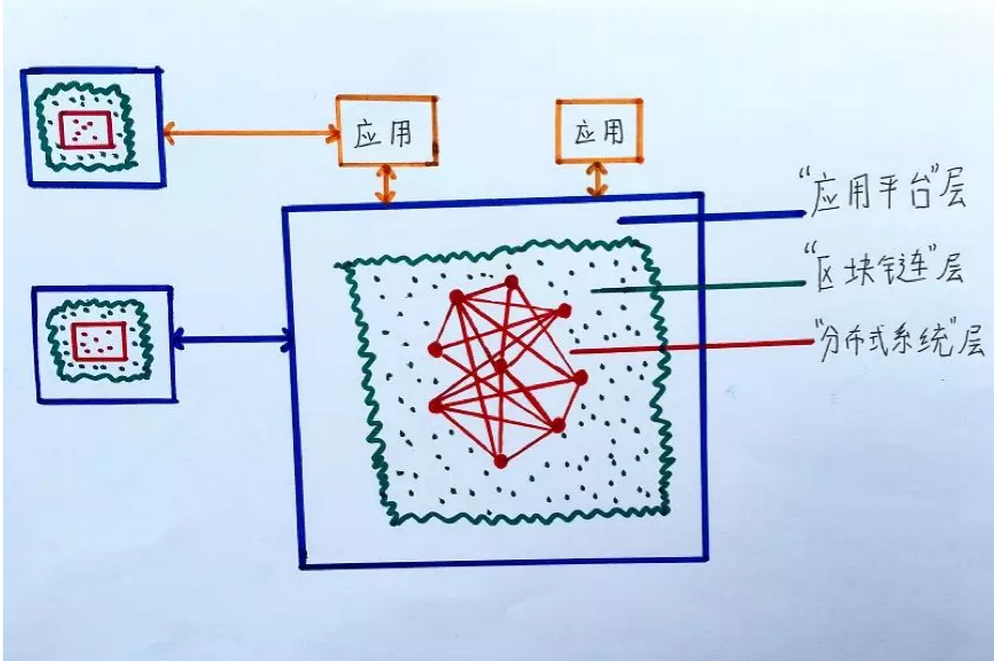