On November 21, researchers from Hungary and the Institute of Computer Science and Control released a rigorous inspection of the Lightning Network, a protocol designed to fix BTC's scalability issues. Researchers' simulation results show that the Lightning Network is "economically unreasonable for most large routing nodes currently connecting the network together."

Many BTC supporters have long believed that the Lightning Network (LN) will be the solution to the Bitcoin blockchain expansion problem. But the LN agreement has not fulfilled its promise, and the network has been plagued by problems. For example, in October it happened that a user lost 4 BTC after using an old invalid lightning channel. In June, developers discovered a loophole in the Lightning Network that allowed the use of Lightning Network-based Bitcoins without the support of a compliant Bitcoin reserve. Although LN has been criticized for poor user experience, centralization, and routing issues, it has been welcomed by crypto supporters. Now, another study details that the Lightning Network is "economically unreasonable" and that colleagues' networks also have privacy issues. The authors of the paper, Ferenc Beres, Istvan Seres, and Andras Benczur, work with Eötvös Loránd and Szechenyi at the Computer Science and Control Institute (SZTAKI) in Hungary.

The simulator used by researchers only relies on the public data of the LN framework, such as capacity and network structure. The simulation also "generates transactions based on hypotheses", and researchers attempt to verify these hypotheses based on information provided by the "LN node owner". The survey results show that data from transaction costs indicate that LN infrastructure is "economically unreasonable."

Hungarian researchers stated in the paper:

Both traffic and transaction costs must be increased by several orders of magnitude to make the payment path economically viable. We assume the worst possible price increases by assuming fierce price competition between routers. We also evaluated how the current channel structure and pricing policies are responding to potential traffic growth and showed examples of nodes whose operations are expected to generate economically viable revenue. 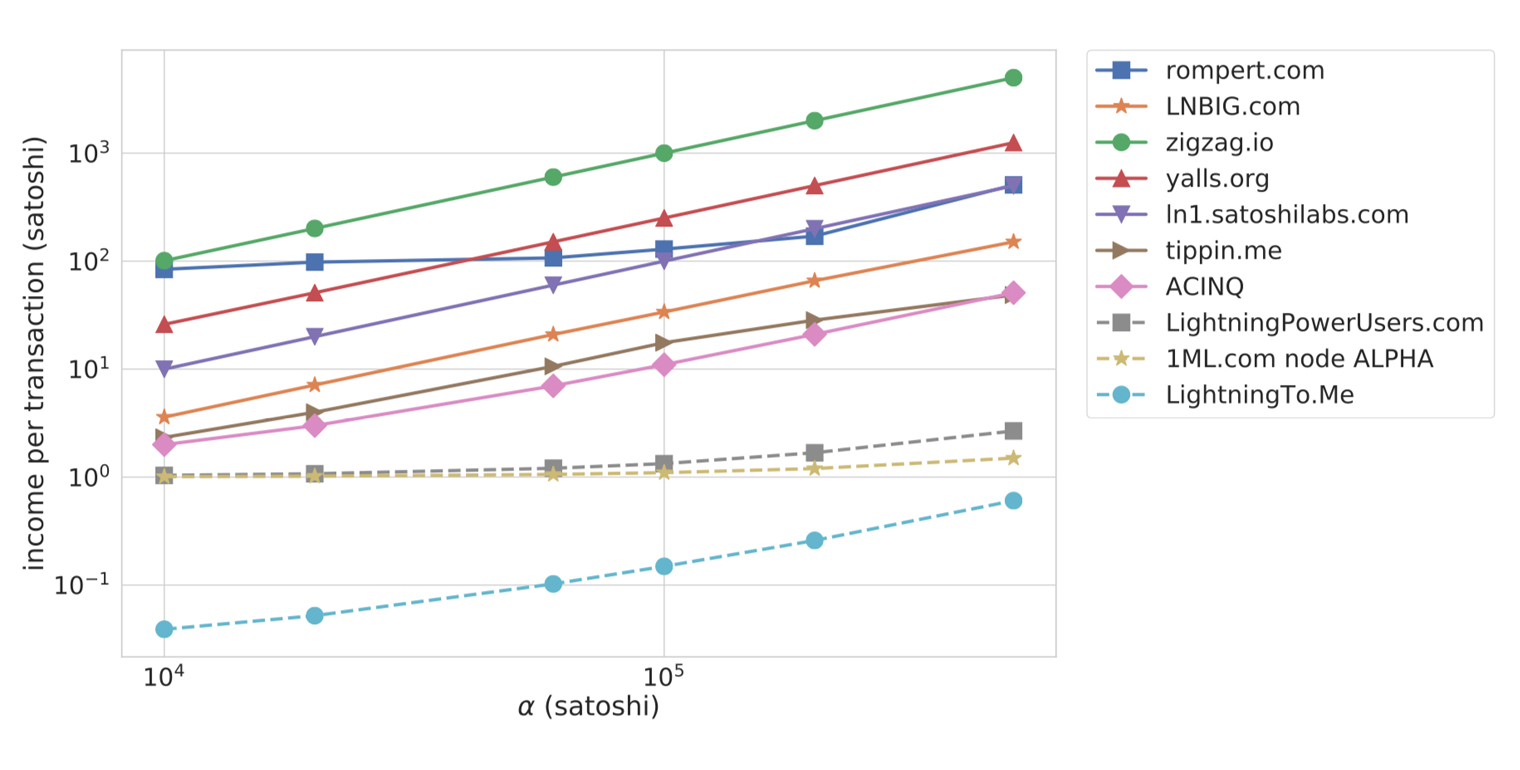 The results of our second set of studies consider privacy-even if transactions are conducted through Onion Coins, strong statistical evidence about payment sources and destinations can be inferred because of the side-effects of LN's small world, many transaction paths contain only An intermediary. Based on our simulation experiments, we quantitatively describe the privacy flaws of current LN operations and propose a method to inject additional hops into the routing path to demonstrate how to enhance privacy with minimal additional transaction costs.

The researchers also released the team's simulator on Github so that others can review the research process.

Reasonable denial of LN. Alice could reasonably deny that she was the source of the payment.

Similarly, the router cannot determine whether Bob is the recipient of the payment or one of Bob's neighbors.

The study concluded that the LN simulator provided two key insights. First and foremost, the participation of most LN-based router nodes is "economically unreasonable under the current charging structure." However, the increase in the overall online transaction volume provides it with sustainable signs of development. The paper emphasizes:

In contrast, at the current level of use, if routing is operating, payment fees will rise significantly, which may damage one of LN's core value propositions, which is negligible costs.

Finally, the topological nature of the current LN framework makes "a considerable portion of payments easy to deanonymize."

The solution provided by LN has been controversial due to congestion and rising costs of BTC transactions. Recently, some supporters of LN have been fighting for higher network costs, and those who want to vigorously promote the adoption of LN will be the key to network growth. For many skeptics, the current sluggish growth, intensive research reports from countries such as Hungary, and strong criticism from business owners suggest that staunch supporters may want to lower their expectations for LN.

Disclaimer: This article is translated from news.bitcoin.com's official website. If you need to reprint the content, please contact the official WeChat: BitcoinComChina and mark the original link at the end of the article. Thank you for your support.

Bitcoin skeptics: Bitcoin value will plummet 99%, similar to the situation in which Tumblr was sold

eToro Senior Analyst: The importance of the Bitcoin ETF to the encryption ecosystem may be exaggerated