Editor's note: Originally published in The Enterprisers Project , a community that helps chief information officers (CIOs) and IT leaders solve various problems. The author is Kevin Casey. The author has won the Azbee Award from the American Commercial Publishing Editors Association and was the winner of the Small Business Impact Award.

If you are looking for a word to summarize the work of enterprises in the blockchain field in 2019, then try the word "experiment". The hype surrounding the blockchain is receding, and more and more companies are actively trying to figure out how to actually use the technology to benefit from it.

George Spasov, a blockchain architect and co-founder of a project, said: "2019 continues everything that began in 2018-companies are trying. Last year's exercises inspired further experiments this year, and at the same time It also attracted new experimenters. "

The blockchain experiment is working hard to transition from proof-of-concept to production in 2019, and the technology is now maturing.

From an IT leadership perspective, it's always good news to trade hype for tangible results. But Spasov also has some "bad" news: these experiments are difficult to transition from proof-of-concept to production. However, the substance of the report is not so serious, because the challenge is not the lack of viable use cases. Rather, this is primarily a technical issue and therefore easier to resolve.

"Some proof-of-concepts failed in 2018 due to a lack of market fit, and this year's adoption difficulties were due to [more] repairable reasons: the technology is immature," Spasov said,

"In 2019, we have seen the definition of a proof of concept to address key aspects of each business. From financial use cases and asset tokenization to transparency and traceability in the supply chain, the technology is expected to bring tremendous value. "

Removing technical barriers to value is likely to be one of the keys for the coming year. Let's take a closer look at other important trends that IT and business leaders should be aware of in 2020:

As Spasov mentioned earlier, most companies are just testing the blockchain space. This data is consistent with some earlier data points around the end of 2018, indicating that most CIOs are not actively pursuing blockchain projects. A year later, recent research indicates that things are changing.

"From a corporate perspective, the 'Blockchain Sightseeing' phase has passed, and the company has no sense (at all) of needing to understand the underlying technical details," said Chris Brodson, head of Deloitte's US Blockchain Lab.

Brodson noted that according to the Deloitte Global Blockchain Survey 2019, executives said they expected that common obstacles to blockchain adoption (such as security threats, implementation difficulties or regulatory issues) would be significantly reduced.

"The consensus that has emerged is that blockchain is real and can serve as a practical solution to business challenges and use cases across industries."

About half of the organizations participating in the survey said that they expect the average expenditure on blockchain projects in 2019 to be $ 5 million or more. This is in line with another number: 53% of survey respondents said that blockchain is one of their top five strategic priorities this year, compared to 43% in 2018.

It is expected that this momentum will continue to grow next year even when some skeptics will begin to re-examine the potential uses of blockchain technology.

"Blockchain seems to be entering a new era that is more widespread and is actually being adopted."

Spasov hopes this will take the form of a more pronounced transition from trial to actual production use-not because the blockchain revolution is about to happen, but because companies that have been conducting proof-of-concepts will begin adopting the minimum viable product (MVP) Run applications in production.

"Although on the surface, 2019 hasn't changed much, internal improvements made by the main Distributed Ledger Technology (DLT) technology group have increased the potential to significantly solve real-world problems. Experimenters began to take advantage of new results, and eventually Breaking the barrier between POC and MVP is a matter of time. This is likely to happen in 2020. "

Broadson points to an overlapping trend: what research and experimental companies have been doing can also lead to the growth of "blockchain inspired" systems, and although they do not fit the purist definition of blockchain, they will Borrow key concepts to solve business problems. He pointed out transaction functions that could be truly decentralized, such as trade finance, cross-border payments, digital certificates, and supply chain optimization.

"Blockchain has led many people to reconsider many business processes that can be transformed not only through the blockchain, but also through 'blockchain heuristic' solutions to solve many of today's data sharing challenges, Such as reconciliation and data processing. In other words, the genie has broken out of the bottle, and many blockchain or blockchain-inspired solutions may be launched by 2020 to create new ecosystems on a large scale. "

Technology maturity will be one of the biggest catalysts for the increasing popularity of blockchain, and Spasov noted the results obtained during the experimental phase of the blockchain: the key ecosystem is adjusting its platform based on lessons learned so far and the needs of actual business .

For example, Spasov noted that the concept of "private data" was added to Hyperledger Fabric earlier this year. In this case, the ideal blockchain technology-completely transparent transactions-does not always coincide with the reality of for-profit businesses, which in turn hinders adoption. This evolution can help resolve this conflict.

"In theory, the idea of ​​building a completely transparent system seems very powerful, but it is also utopian," Spasov said.

"In the real world, trade secrets generate profits. Few companies are able to operate in a completely transparent mode without losing their edge."

Spasov said: "Both issues have been recognized by major blockchain platforms, and the necessary steps to resolve them are already underway." He expects this situation to continue to accelerate in the coming year. It will continue, they will continue to understand the business needs and will further adjust their platforms to address key adoption issues. "

Spasov noted, for example, that ongoing integration between Hedera Hashgraph and Hyperledger Fabric-"allows [businesses] to take full advantage of both". Hedera became a general member of Hyperledger earlier this year.

This trend should help alleviate some IT leaders' legitimate concerns about excessive betting on a single vendor or platform. But it also involves piercing Spasov's so-called blockchain "bubble"-meaning that blockchain proponents must accept the reality that if blockchain technology is to gain a significant position in most companies, it will have to be able to Coexist and integrate with existing systems.

"Think of your ERP, CRM, etc." Spasov said. DLT technology still lacks development components that integrate and interoperate with these existing systems. This puts a burden on users to use two systems side by side-historically, this has been the cause of many software (project) crashes. Naturally, busy users rarely go to the time to use DLT which is still experimental. "

Spasov expects this to change in 2020 as efforts by key stakeholders to address the issue begin to pay off. And it's not just Spasov who thinks so.

"Until now, the blockchain itself has been widely discussed as an application. This has contributed to a certain degree of hype culture around the technology, because some people want to see that blockchain-powered applications can replace and replace Traditional applications, and this may or may not happen. "Said Yangao Yang, chief operating officer of Lucidity." More realistically, I want to integrate the blockchain into more existing applications than we do. Existing technologies are more efficient to provide tracking, auditing and logging capabilities. "

Yang pointed out that the supply chain of the food and automotive industries is an example, in which such integration between the blockchain and existing systems may produce significant results.

5. The adoption is successful, the turtle may run through the hare

An overlapping theme of blockchain in 2020: slow and steady progress. If you think blockchain will have a disruptive adoption or collapse in 2020, or you want to quickly win, then you may be standing in the wrong place.

Instead, you will see the growth of blockchain solutions for real business problems. One example is Honeywell's GoDirect Trade, an online marketplace for used aviation parts. This looks trivial in every way, but it's a multi-billion dollar market, and the process of completing a transaction is far more complicated than using a credit card or PayPal.

"The incredibly interesting part of this industry is that $ 4 billion in transactions change hands every year, and almost no transactions are completed online-in fact, to complete one of these second-hand transactions, it takes on average two calls and writes Four emails, "said Lisa Butters, general manager of GoDirect Trade.

Let's emphasize this: In 2019, this is a $ 4 billion industry and is still offline. Butters said issues such as customer experience or persuading sellers to digitize are just bets.

"Instead, it all comes down to one thing: trust." Butters continued,

"Unless we find a way to build trust between buyers and sellers, we won't be able to open the door to online transactions. So we have to move to blockchain."

This is currently in its infancy, but it's a great example of going from hype to practical use-for example, although some might make you think that blockchain itself is not secure, although it can indeed be applied to practical applications in. But this principle will become a market driver for the entire industry.

Greg Wolfond, CEO of SecureKey, said: "We see an increasing demand for users who want to control their data through a strong consent and protection model." SecureKey's Authentic.Me application is created on the HyperLedger Fabric-based IBM Blockchain platform Above.

"The privacy and security that a complete blockchain solution can provide also brings other benefits that users appreciate, such as convenience and time savings."

The data shows that the number of active addresses in Ethereum has risen in recent days. 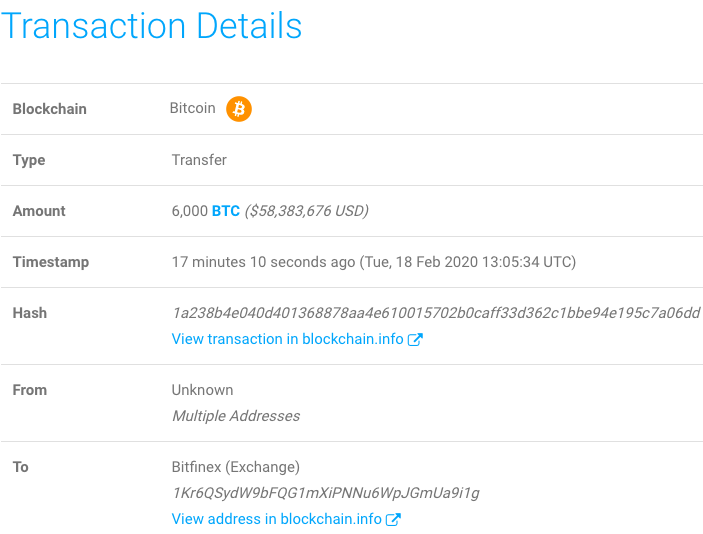 ChaiNext: BTC has fallen below the uptrend channel, and the short-term trend is not optimistic