When the price of the currency is near the "50-week gold line," the long and short double kills, and BTC close to the 50-week line often forms a turning point in the trend.

This chart is the 50-week moving average of BTC. It can be seen that once the price of the currency strengthens next week, it will form the most important bullish trend. From a short-term perspective, this picture is a summary of the technical trends that Akong talked about in the past two days. They are "bottom deviation from the bottom two times, chopsticks trend, 50-week golden line, and top deviation from the air." In the second half of the year, it was the favorite trend of the "Painting Technology Party". The currency price moved along the chopsticks, forming a second deviation from the top to the bottom. 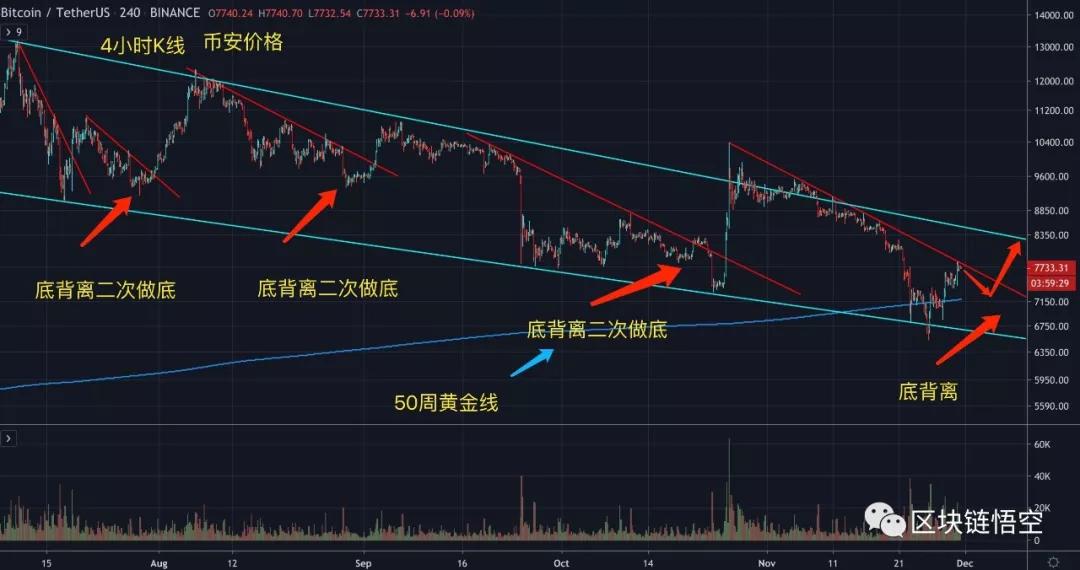 It is worth noting that the USDT issuance activity also matches the apex position of the "chopstick trend" resistance line. Therefore, Akong suggested to do more at a dip of 7,000 US dollars. It is recommended to take a break in the past two days to wait for a short-term second chance. 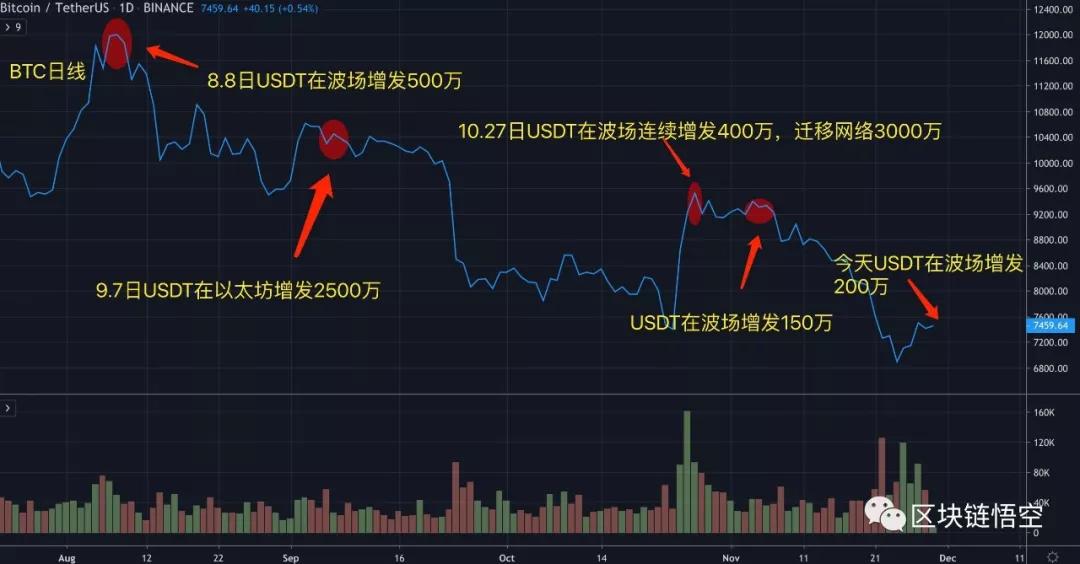 Of course, what the market is most afraid of is "emergency news". Many friends said that it would be good to have another day of shouting at 10.25. The resistance line does not exist. Therefore, Akong suggested to pay attention to the key point of $ 7962 above the red resistance line. Only with a rapid pull-up above $ 7962 will short positions continue to burst, pushing the currency price to continue to rise.

BTC led the rise of mainstream currencies at night and entered the "blood-sucking support" phase. The daily contraction rushed to the sideways of key points of the box. The short-term MACD has formed a double top divergence, with continuous overbought shocks. The US $ 7,962 above is the key point for short-selling. In the absence of sudden favorable conditions, the operation of rallies to lighten up the position and seize the opportunity of the market to send red envelopes.

The daily line draws back the key points of M heads, short-term formation of top divergence, overbought retreat, you need to step back on support, operate on rallies to lighten up, and wait for the market to bottom.

The bottom of the daily line rises, and the short-term breaks the triangle to converge, and the volume can continue to weaken, indicating that the continuation of the oscillating trend, wait and see for the market to bottom.

The daily line is close to the resistance line, the short-term top diverges, and the bottom support line is tested. The operation of the rallies to lighten up positions and wait for the market to bottom.

The members of the ETH development team were taken away, and rumors said that God V was arrested, which once caused market panic. The short-term multiple pins were sorted out, and they were still in a shock box. Note that the exchange rate has entered a downward trend, and the operation has reduced the position, and the cash upgrade is good. expected.

The bottom of the currency price has risen, and small pins have continuously appeared in the short-term, indicating that the market is still in a volatile trend, waiting for the mainstream currency to change its breakthrough, and patiently wait and see on the operation.

Radio and Television Express: Explanation of the patent of "blockchain-based access control method and device"