Just a few years ago, if anyone proposed the idea of ​​central bank digital currency (CBDC) was immediately rejected or even mocked, the Federal Reserve is now seriously considering the concept of a formal dollar stablecoin.

In recent years, the market has heard increasingly frequent guidelines on cryptocurrencies from the Federal Reserve, thanks to two curious US lawmakers-Frank Hill and Bill Foster-these Guidance now includes a letter from Federal Reserve Chairman Jay Powell about central bank digital currencies.

Blockchain penetration into our global financial sector is nothing new, but some trends indicate that these experimental decentralized solutions have been treated positively by the authorities. One of the most important events that led to this transition was that the first major economy had emerged and became a supporter of stablecoins issued by the government.

China announced the launch of a digital currency, which reveals the future direction, and central banks in other countries must now consider taking the same action, especially in the ongoing trade war, which is testing the independent strength of each economy And its monetary policy.

Facebook's Libra is another sign that can't be ignored. Although the Libra Association has just experienced a large loss of supporters, its basic idea is enough to call it a pour of cold water to sleepy regulators and decision makers.

If the government doesn't act first and launch its own digital currency for immutable cryptocurrency transactions, then private companies can stand up at any time. Powell may be in a state of high alert due to a sudden change in China's position on cryptocurrencies, and Powell provided new and practical insights into how the United States views this developing movement in a recent letter.

"The Fed has realized that cryptocurrencies in one form or another will continue to exist."

He said Powell's response to the central bank's digital currency showed that "it has a profound impact on monetary policy, the monetary system and the central bank itself." He went on to add:

"Federal bankers are making slow progress in absorbing loans, but now realize that they must evaluate and assess developments and their possible impact. Otherwise, they may be surprised and failing to keep China in the lead as a changing force. Prepare for the environment. The CBDC issued by China will be an important extension of China's influence in the world economy. "

Topp went on to say that the implications of China's action must be carefully weighed. In an interview with Congressman Mark Zuckerberg, Zuckerberg said:

"Although we are debating these issues, the rest of the world is not waiting."

When asked by lawmakers what the Fed will do when using its stablecoin, Fed Chairman Powell emphasized that the agency has no plans to develop a central bank digital currency, but the Fed has discussed the idea in detail and continues to evaluate The potential pros and cons of this idea. According to Powell:

The digital currency supported by the Federal Reserve can bring significant advantages to current currency settlement methods, providing consumers with a way to trade without paying and without intermediaries (such as smaller banks), but this will bring Powell to the letter Several issues considered in.

By operating on a digital ledger, the Federal Reserve will technically be responsible for transaction metadata, and it has neither the ability to protect personal information nor the desire to protect personal information. Interestingly, the head of the Fed also seems to indicate that the illiquidity and cost inefficiency of the current system is desirable because it has prevented capital flight and "fleeing from the private market" during stressful events.

In other documents released by the Federal Reserve in November, it also claimed that if the stablecoin business is broken, a market escape may occur, leading to a loss of confidence.

If people are familiar with the basic concepts of stablecoins, then the logic contained in Powell's letter is correct. National stablecoins will be blockchain-based tokens, each of which will be backed by the US Federal Reserve for $ 1.

Theoretically, other assets and currencies will eventually be "tokenized", reducing speed and cost as a variable in any transaction. However, there are some weak claims in this letter, for example, "Our observation so far is that many of the challenges they [CBDC] hope to solve do not apply to the United States." Powell can be right if the US economy Overnight it did switch to US dollar tokens, which was a problem.

Unpredictable market dynamics will cause turbulence, and they are indeed a huge risk if they are not addressed in advance. For example, people can convert their entire savings account from a USD stablecoin to a Euro stablecoin without imposing liquidation costs in today's ecosystem. Once people are allowed to move the dollar without habitual obstacles, this agility can exacerbate turmoil and affect overall economic health.

However, another concept subtly hidden in the letter is that the Fed sees terms and conditions such as interest rates (and possible fees) as imposing conditions on its supposed digital currency. The letter did not mention how it works.

Economic step into the unknown

Obviously, regulators are still struggling to resolve multiple basic issues and technical realities involved in providing stablecoins, but now they run counter to competitors like China, which has entered the "race".

It is not clear if the winning prizes are worth the competition. There is some speculation that some governments are willing to try, and regardless of possible confusion, this is a fire in the eyes of non-competitors.

Andy Cheng, head of business at the OKEx exchange, told Cointelegraph that many have failed in a race to become "the de facto government-backed first stablecoin for global traders."

"If the United States issues digital dollars, it will definitely have a profound impact on the global market."

Cheng believes that cryptocurrency exchanges need to be prepared for this to meet the needs of new and old users, but the overall impact of this move is positive for both cryptocurrencies and traditional economies:

"Government issuing digital dollars will actually promote the growth of both ecosystems and make other participants more innovative and compliant with global standards. Competition brings excellence. When executed properly, you will end up with the same dollars as fiat currencies Number beliefs and numbers. "

Binance Chief Compliance Officer Samuel Lim also sees this as a positive beacon that uses cryptocurrency as a concept and tells Cointelegraph that it will give the crypto industry greater legitimacy and increase the level of interest of the institution:

"With the entry of a large amount of money, this may have a positive impact on transaction volume, directly or indirectly. It will also make more people (the public) aware of digital assets / currency, which is totally a good thing. We do believe that, There must be enough space for public and private digital assets to coexist. "

Government must be a responsible custodian

A big problem with potentially government-backed stablecoins is that if the Fed imposes rules that violate the basic advantages of blockchain, people may be more willing and able to invest money in a decentralized blockchain.

The next question is whether the government can shut down those blockchains in a digital equivalent or fake way. "Obviously, governments must guarantee enforcement and enforcement, and it goes without saying that there should be appropriate government agencies to do so," Grigory Rybalchenko, co-founder and CEO of Emirex, a Middle East digital asset exchange, told Cointelegraph.

Rybalchenko believes that the government's job is to strike the right balance between the number of centralized and decentralized solutions to promote financial freedom and allow people to make choices, adding:

"The government's current operating model looks incompatible with decentralized blockchains, nor does it give them confidence in their ability to transition from centralization to decentralization. However, it must happen because, to be honest, centralization Blockchain seems to have no value other than imitating a database. "

Alex Kravets, the head of a cryptocurrency exchange in the United States, also told Cointelegraph that any platform deemed to have the ability to influence government sovereignty and its national currency may encounter obstacles:

"Let the Federal Reserve create a digital dollar can be a double-edged sword. On the one hand, it will be the most important and safest stablecoin, and may be the biggest catalyst for large-scale adoption worldwide. But on the other hand, the government It will have control of the blockchain and may be able to determine in real time which transactions are sanctioned or banned. "

The CEO of a trading platform, Alex Althausen, agreed, saying to Cointelegraph that governments have never intended that concepts such as decentralized governance hinder their full control, adding that:

"There is no doubt that the government will treat any anchored or supported stablecoin as a centralized asset, no different from the US dollars they already have, just more agile. Therefore, any decentralized exchange, cryptocurrency or block Chain projects will all be seen as competitors rather than collaborators, and they will be seen as threats, just like what is happening now with Libra and TON. "

Anyway, this game has started

Javier Sim, managing director of Bithumb Global, has seen evidence of a global government's move to the blockchain race, with Sweden and Estonia both having plans to digitize assets and identity systems. Sim continues:

"The use of blockchain here is mainly to prevent fraud, and it is interesting how the government will ignore decentralization and just treat it as a data store."

In the next few years, the central banks of all countries in the world will tightly move towards digital currencies-if not for the huge opportunities provided by the system, it is simply because China and Libra have changed the aging that people could not previously try. Concept.

Some people thought the revolution was inevitable even before China announced its entry into the central bank digital currency race. Mark Zuckerberg argued at a congressional hearing that any hesitation would cause China to beat the United States with a digital yuan, and at any time he proved to be correct. The starting gun rang, and it was only a matter of time before all of us raced towards our unknown destination. 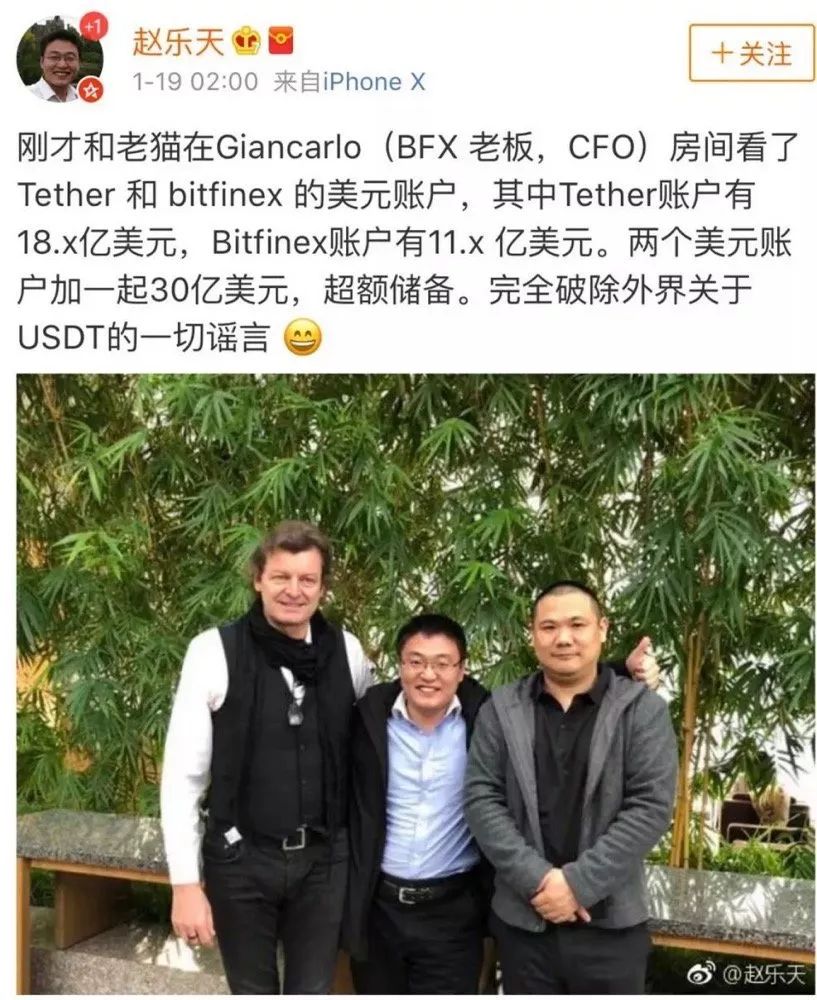 Can the data be used as collateral in DeFi? 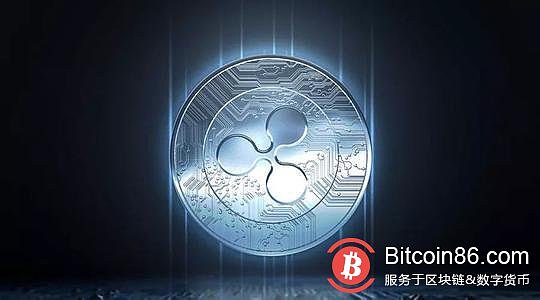 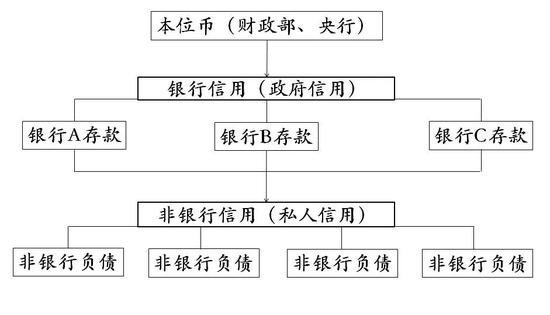