The market does not have a reason to be bullish, so quietly watch the main force save itself

From a technical point of view, the mid-term adjustment trend has not been fully repaired, so there seems to be no reason to be bullish, and there is no too obvious change in the volume. If this has been such a tepid trend, It is very likely that this trend will continue to go down. Personally, I still think that the bad news has not been completely released. A head media has completely revoked the advertisement, at least it has not yet resumed. Obviously, this is a positive defense posture. This time, the overwhelming supervision is likely to be compared. It ended in a terrible way. As for the three major transactions, nothing is still unclear. You can stare at USDT. Once the USDT fluctuates significantly, it indicates that the market will make big moves. The prophets and funds will go ahead. It is still calm. However, it is foreseeable that most of the projects and exchanges will disappear this time, and then the funds will be assembled again in the mainstream market, and then there will be another cycle.

BTC started to oscillate again. Although the previous break through the pressure level of 7300 US dollars we gave before, the trading volume is slightly insufficient. It should still be in the rhythm of resisting the decline. Whether it can stand still needs to be patiently observed. From the weekly level If you look at it, the current position is near half of the previous Yinxian line. I personally feel that I may oscillate in this place for a few days and wait for the 5 weeks to move down. The downward trend is basically clear, and there is a potential bearishness behind, so I personally It is still a wait-and-see attitude. Even if there is a rebound, I am afraid that the intensity will not be too great, because the resistance decline often means that the market still has long bulls and stubborn resistance. The task of eliminating long bulls is not completed. 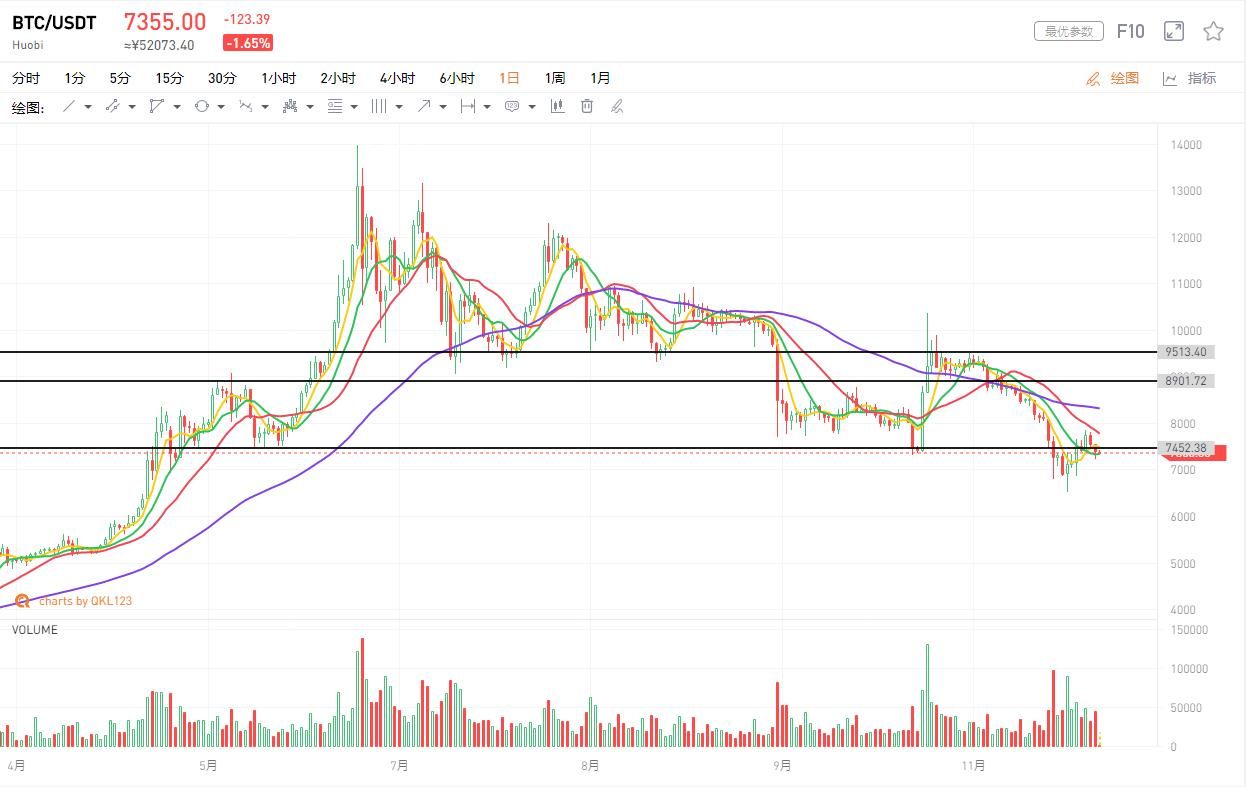 The view on ETH has not changed. The trend basically follows BTC. The trading volume is also shrinking. Under the influence of BTC, the pressure level of $ 150 has been drawn back to see if it can stand for 3 days at this point. Then confirm that you want to go back to the previous box, otherwise you still have to follow the idea of ​​turning the box. Personally, I think that the downward trend has formed. It is expected that the box will be turned downward. The support of the lower box is around $ 100. , But not suitable to do more, keep watching. 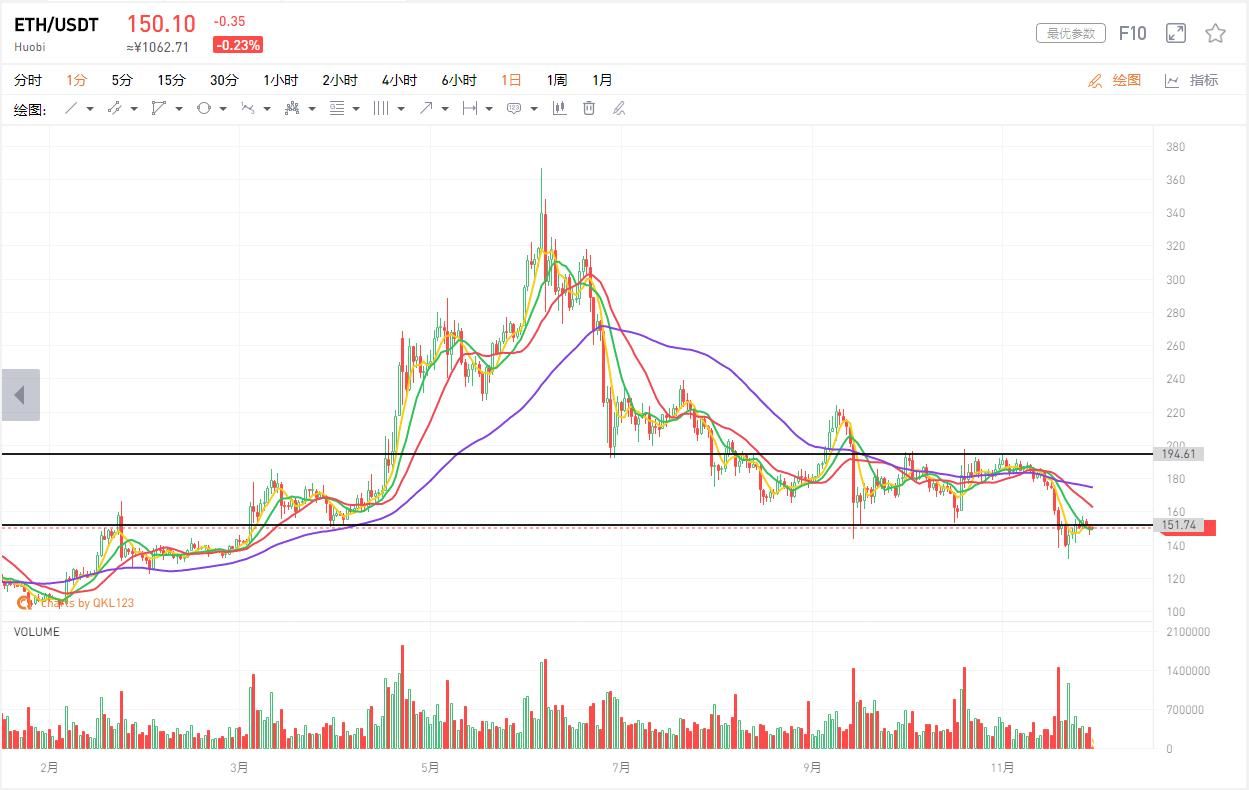 The author's opinion is only used for learning and communication, not as an investment recommendation, and does not constitute an investment basis!

Economic Daily Review: A number of listed companies were questioned for "chain-related"