Recently, the blockchain industry has a very interesting thing- Libra , which has occupied the media headlines for half a year in various ways , has suddenly become quieter in the past half month. In contrast, Facebook, the leader of the Libra Association, released a new project called Facebook Pay, claiming that there is not much connection between this payment project and Calibra (Libra Wallet).

This move is reminiscent of the possibility of "Facebook temporarily shelving the Libra project", but regardless of the reasons behind it, in the past few months, Libra has not made much progress, both technically and ecologically. The quagmire of financial compliance regulation in various countries is struggling . The positions of European countries also reflect that under the existing regulatory framework, the supervisors of each country are not allowed to issue currency-like tokens to non-state institutions and use them as payment in the country's economic ecology. The medium exists. 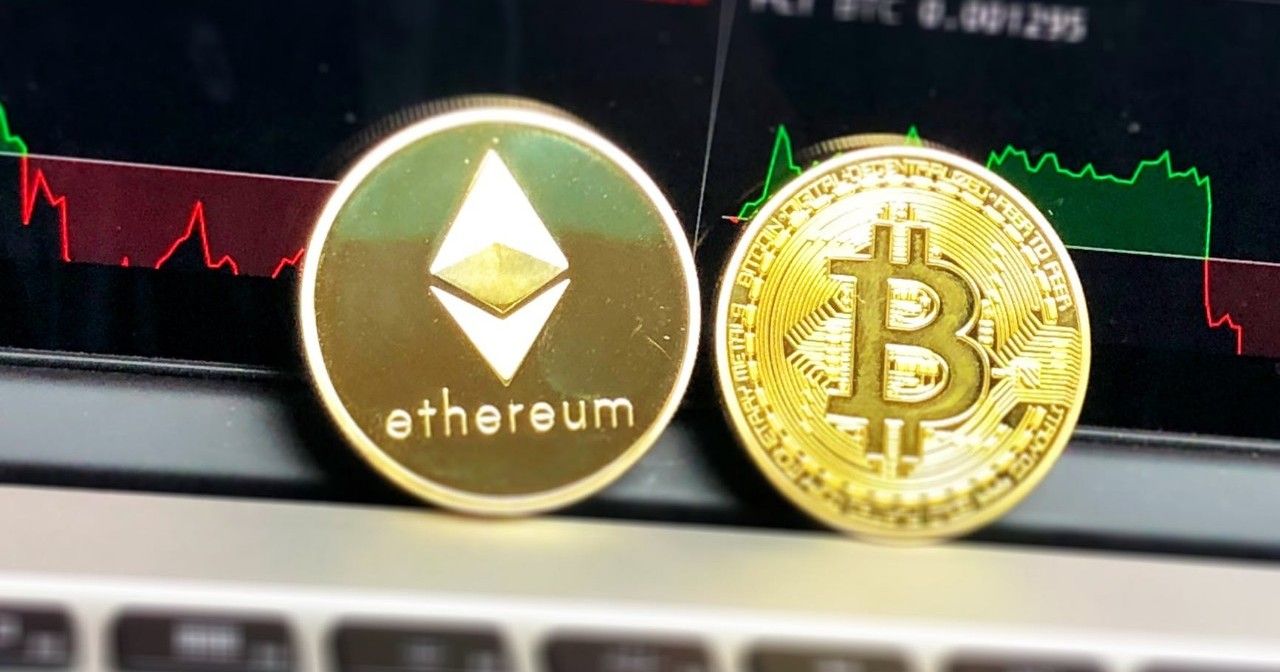 Although Libra's future development may not be as successful as many people expected earlier, it has played a vital role: allowing central banks in various countries to begin to take a very careful look at the emerging issues of blockchain and cryptocurrencies , and Began to conduct in-depth research on the impact of blockchain assets with strong ecology on the national currency system.

In fact, in this confrontation with Libra, the reason why financial regulators in various countries were able to shut out Libra and achieve a "phase victory" in supervision was mainly due to Libra was not a real, The digital currency developed from the bottom up-whether it is Facebook or members of the Libra Association led by it, are large and medium-sized enterprises of a certain size, not at the grassroots level in the social pyramid, but in a comparison High position.

Such leaders may of course bring huge ecological partner resources to Libra, but their relatively centralized nature makes them easy to be supervised by government departments in various countries , and thus is turned away. If the financial sector is facing a relatively small company, or it is simply a decentralized organization, do they still have the ability to treat Libra the same way, and when it has not been launched, will it exert very great pressure?

From past experience, the answer may be negative. Give two examples:

Let's look at the Q coins that people are very familiar with. Many friends should remember that about a few years ago, Tencent's Q coins were not only used for game recharge, phone bill recharge, and even shopping on certain e-commerce platforms. It can basically be regarded as the Tencent version of Libra.

When Q Coin was born in 2002, Tencent was still a relatively small company, and its Internet industry was relatively marginal in the society, and it lacked relevant regulatory regulations until it developed to a certain size and a huge ecology. At the same time, it attracted the attention of the financial supervision department, and then stopped the related business.

The second example is Bitcoin that people are very familiar with. Like Q currency, when Bitcoin was just starting, the main reason why it was not noticed by mainstream society was its small size. However, after the bull market in 2013 and the market value reached a certain scale, the financial industry in all countries began to notice this new thing and wanted to bring it into the scope of supervision. 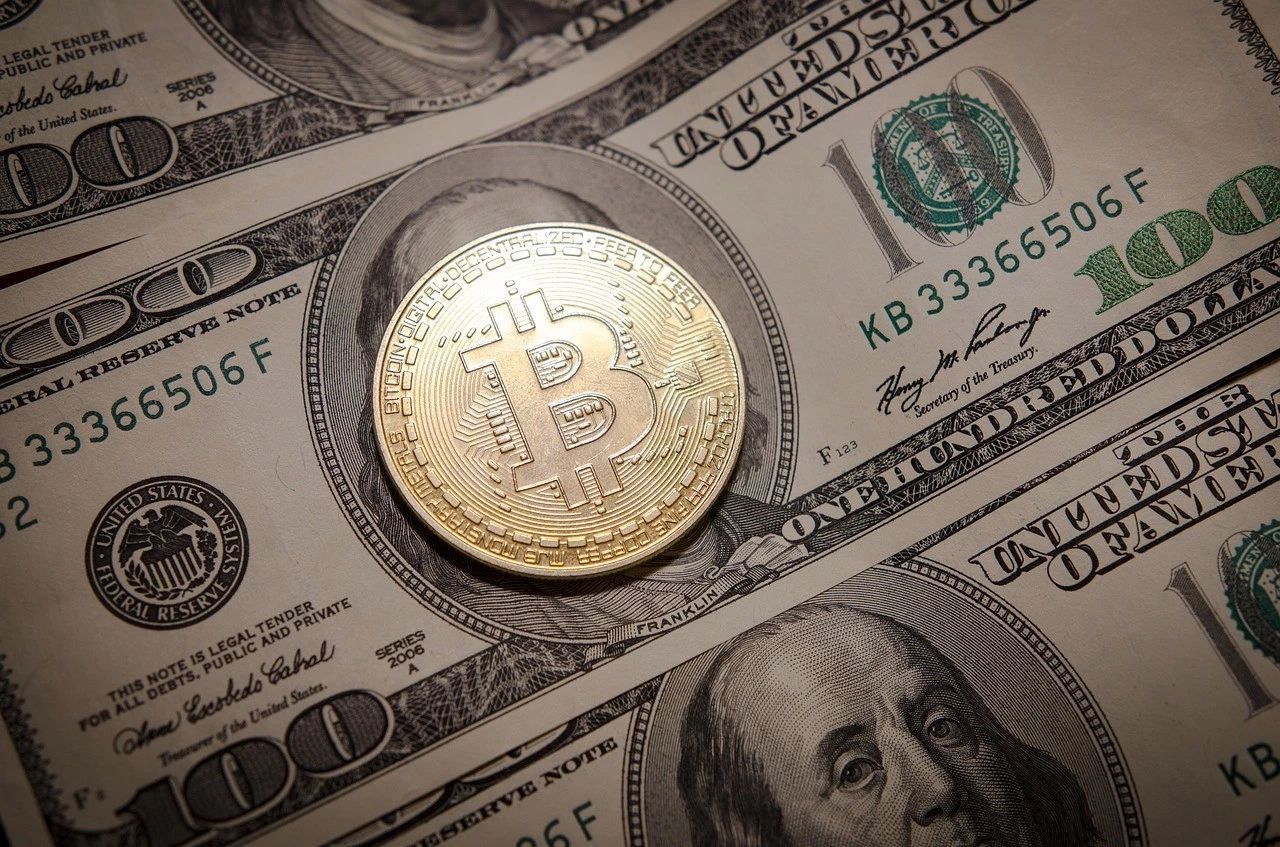 From this perspective, for traditional financial institutions and their digital currency based on blockchain technology, projects like Libra are not actually their only potential competitors, and may not even be their largest potential competitors. . As mentioned earlier, in terms of current currency and payment history, there has been no successful precedent for currency issued by large companies or consortia of large companies. After all, although this currency has a huge potential economic ecology, it is regulated It's very difficult.

As long as it can control the large centralized enterprises. Like Libra, which has attracted much attention, although the number of theoretical users can reach several billion, the results have been tortured by both the US House of Representatives and European countries in the past half year. On the contrary, projects organized by small companies and decentralized communities are likely to put pressure on DCEP because they can easily avoid relevant regulations due to various subjective and objective factors, and then develop to a certain degree. Become a strong opponent of DCEPs.

02 Stablecoin is the strongest national team opponent, but the current victory is difficult to score

According to this logic, it is not difficult for us to draw a rather non-mainstream conclusion: At this stage, for digital currencies such as DCEP, the biggest competitors are not digital currencies from multinational companies such as Libra, which gathers superstars. It is a digital asset that is free from regulation, and the leader of this type of digital asset is the stable currency that people are familiar with.

Why is stablecoin the biggest challenge facing DCEP in the blockchain world at this stage?

For users, the development of their payment habits can generally be divided into two stages: first, payment in specific scenarios, such as WeChat red envelopes and Alipay's Taobao payment, and second, online and offline full scene payment, For example, sweeping WeChat and Alipay are now everywhere.

So, in the blockchain world, what stage has DCEP's existing opponents developed?

Needless to say, Libra, the number one rival, is now tangled with the supervision of the US government. In terms of the cultivation of user habits, the eight characters have not begun to skim; altcoins of various sizes, basically no economic ecology at all, It is not uncommon; while " mainstream coins " like Bitcoin and Ethereum have also built a unique ecology, the underground asset network that Bitcoin relies on is too de-mainstreamed, and it is almost impossible to cultivate the use of the general public. It is customary that although Ethereum once relied on decentralized financing to become a hard currency in the digital world, but with the unsustainable financing model and subsequent DApp stories, it has not been able to tell the story, and now it has basically faded out of mainstream society. Vision.

Seeing this, it is not difficult to understand why stablecoins are the digital assets that are the most advanced and most likely to become DCEP competitors in terms of training user groups.

Although the scenarios are different and the demand is also different, at least for now, many people have formed a dependence on stable coins in specific scenarios and cultivated initial usage habits.

So, what kind of competition will DCEP and stablecoin have in the future? Who can control more of the payment market share?

The essence of this problem is actually comparing the two who can take the lead in forming an initial user group of a certain size. As long as the critical point of this size is crossed, the online payment scenario will extend to offline, and the user group will also The rapid increase due to the expansion of the ecology has brought great pressure on competitors.

In short: quantitative change causes qualitative change. For this, friends who have experienced the development of WeChat and Alipay around 2015 should be able to appreciate it. From the current point of view, it is still difficult for us to determine who can reach this critical point earlier. The variables of this problem mainly appear in two aspects:

First of all, for DCEP, as mentioned in "DCEP VS LIBRA, the outpost of the digital economy under the new big game", the cycle of DCEP's decision-making, R & D and landing will be longer, and related actions will be compared. slow.

So we can see that after 5 years of proposing, many details of DCEP have not been finalized, and even there may be differences on the big development path.

In terms of stablecoins, compared to national digital currencies including DCEP, stablecoins dominated by small companies move much faster . Taking the stablecoin USDT as an example, it was also proposed in 2014, but for small companies, because there are fewer external factors to consider, the pace of ecological development has been quite fast in the past few years-many Friends may not have noticed that USDT has now rushed to the 4th place in the cryptocurrency market capitalization ranking, second only to BTC, ETH, and XRP, and just two years ago, it ranked outside the 50th.

In view of the existence of Bitcoin OTC, it is currently difficult for us to judge whether users of USDT use it more to invest in Bitcoin or altcoins. If it is Bitcoin, it is okay to say that after all, this asset has been widely recognized by people. However, if it is altcoin, the future economic ecology of the stablecoin and even its own future should be discussed carefully: after all, due to the downturn of the public chain story and the increase in supervision, it is said that the future of altcoin is uncertain. Even facing one of the most difficult moments in history.

03 The final destiny of the stable coin is the same

Although there are certain variables in the development of digital currencies and stablecoins including DCEP, for stablecoins, if it does not exist in a decentralized community like Bitcoin, but operates as an enterprise, then Even if the national team of each country wins in this competition, the final result is only after becoming stronger and bigger, experiencing a Libra-like struggle, and eventually being controlled by the government of the country where the company is located (similar situations have occurred last year, such as (Say GUSD and PAX regulated by the New York Financial Services Authority).

Maybe, in the near future, we will hear "US National Team USDT", which now sounds like a fantastic Title. After all, in this international cryptocurrency battle, no country wants to lag behind others-the emergence of Libra, as if the starting gun on the track, has prompted countless countries to run towards the goal of currency blockchain. As for this project, It may not be so important for them to operate directly or indirectly through companies that take orders from them. The only thing that is certain is that they must have a digital currency project that they can control. In this wave, countries can now only move forward, and they cannot turn back.

No. 388: Do you think that the biggest competitor of domestic digital currencies will be stablecoins? why? Welcome to share your views in the message area.

Lawyer: There is no evidence that the US allegations against the Venezuelan President involve the use of cryptocurrencies

The cross-chain twins market value exceeded 2 billion US dollars, where are the future investment opportunities?

Economist Zhu Jiaming: Blockchain is likely to bring a "paradigm revolution" in the scientific field