In November 2019, the global blockchain private equity financing market sharply cooled, and the amount of financing fell to its lowest point this year.

Especially in the Chinese market, after the supervision and rectification work in many places, the blockchain investment and financing market overnight. Of the 43 financing projects, 12 were in China, with a financing amount of only 78 million yuan, a decrease of nearly 90% from October.

The US blockchain private equity market is also cooling. According to the statistics of the Interlink Pulse Research Institute, in November 2019, 13 blockchain projects in the United States were financed, with a financing amount of about 562 million yuan, a 52.1% decline from the previous quarter. From the perspective of industry distribution, the most promising capital in November is exchanges and technology service providers. Of the 43 projects that received financing in November, all 13 were traded, accounting for 30.23%. However, although there were a large number of financing projects on the exchange in November, most of the projects did not disclose the financing amount. At present, the publicly countable financing amount is only 50 million yuan.

Among them, the larger amount of financing is Australia's BB.VIP exchange, which received US $ 5 million (about 35 million yuan) financing; BiKi.com, NVEX, HomiEx and other exchanges registered in Singapore have also successively obtained Financing, but did not disclose the specific financing amount. In addition, the decentralized exchange OpenSea also received US $ 2.1 million (about 15 million yuan) in November. 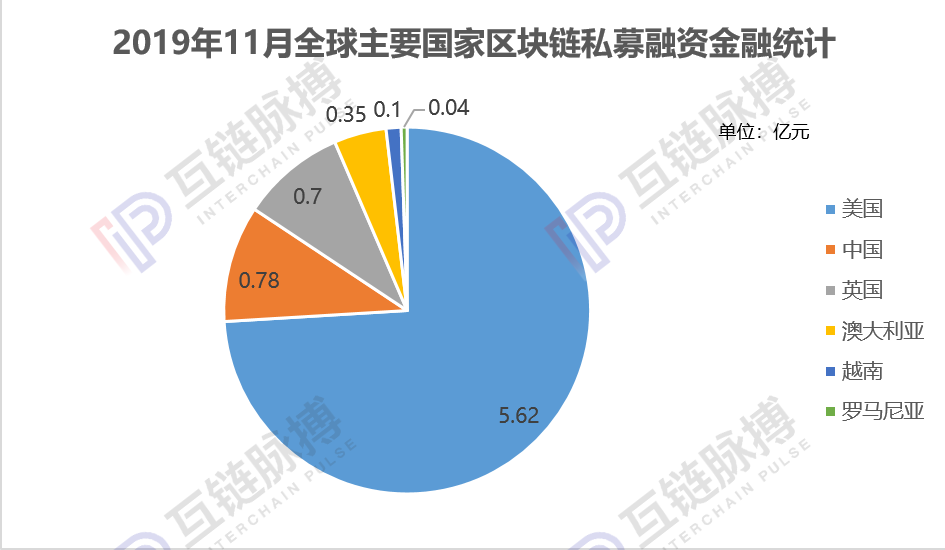 In the field of technology service providers, a total of 8 projects were financed in November, with a financing amount of about 232 million yuan.

Finance and gaming are the two most attractive areas after exchanges and technology service providers. According to the statistics of the Interlink Pulse Academy, in November 2019, there were 3 financing projects in the financial and gaming fields, with financing amounts of 188 million yuan and 144 million yuan, respectively. 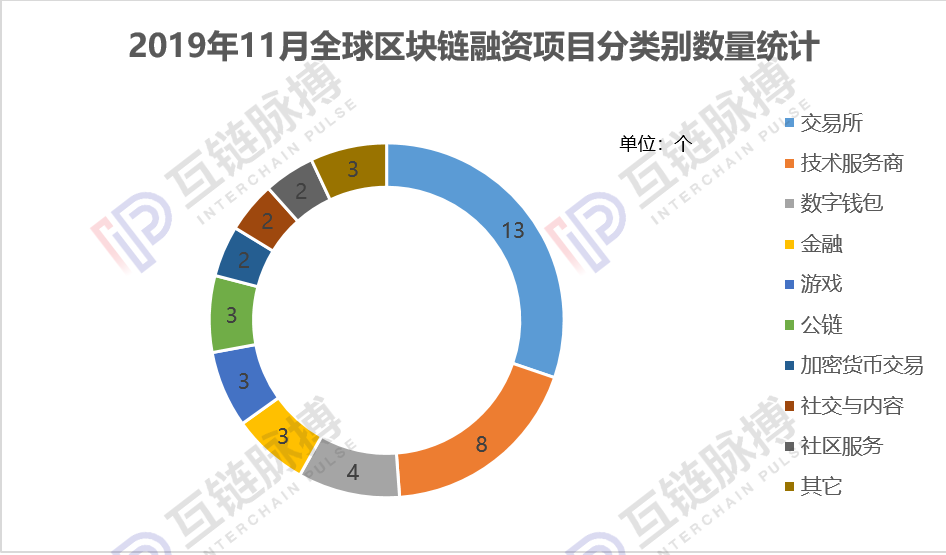 In addition to the above-mentioned areas, in November, a lot of financing projects emerged in the digital wallet and public chain areas, but the amount of financing was not large.

Large amount of capital outflow, BTC is likely to finish above $ 7,700 within a day

Zhongzhuang Construction: Proposal to increase capital of 20% stake in the blockchain company