Babbitt Column | How will blockchain technology transform the “Great Moving Cloud” system? (on)

As mentioned in the author's previous article, the emergence of various new technologies and new models in the digital economy, the overall development direction is "costs to central management, rights to decentralized users", and ultimately improve individual actions The ratio of revenue to cost. In the expected time, there will be no major changes in this direction of development. However, from the situation in the past two years, the development of the digital economy seems to have encountered a bottleneck.

Although there are several compelling technical terms every year, such as big data and cloud computing in 2014, Internet of Things and AR/VR in 2015, 3D printing and robotics in 2016, sharing economy and artificial intelligence in 2017, And the blockchain and 5G in 2018. However, many concepts have not been smooth in the follow-up process of related projects, giving people a short-lived feeling.

Why do digital technologies encounter difficulties in the process of landing? To answer this question, we must not study its own characteristics. Given that the digital technology concept in the industry is currently very cluttered, it is first necessary to sort it out. It is worth pointing out that the current juxtaposition of various terms of digital technology is often not very accurate.

First of all, people often put some front-end products and back-end technologies in parallel, such as driverless and artificial intelligence, 3D printing and Internet of Things, cloud computing and quantum computing, but in fact, driverless, 3D printing, cloud Computation is simply a digital product that uses (or may use) artificial intelligence, the Internet, and quantum computing. Second, people sometimes put a class of technology alongside its sub-categories. For example, some media will compare NB-IOT, RFID, and 5G networks with the Internet, but the first three can actually be regarded as interconnected. Subcategories in the network.

In fact, when we categorize the related concepts behind the digital economy according to the following figure, we will find that most of the back-end digital technologies are currently in addition to many front-end products such as the sharing economy, smart furniture, and car networking. Can be broadly divided into five categories – intelligent terminals (Internet of Things), big data, the Internet, cloud platforms, artificial intelligence, which is commonly referred to in the industry as "object-large-shift-cloud-wise" – some readers may already It is found that there is no location of the blockchain, and whether the blockchain can play a role in the cycle of the five technologies of the digital economy, I will introduce later.

[Note] Because many people's understanding of the Internet of Things is mainly smart home, car networking, such as terminal hardware facilities that can be directly contacted in daily life, so in the above simplification, the author also follows the mainstream discourse system, the intelligent terminal The definition is simplified to the word "thing" in the "Internet of Things."

Then, how do the technologies of “object-large-shift-cloud-zhi” combine and realize “sinking in equity and collecting costs”? Here, the human body is used as a template to carry out an analogy: it is well known that human response to the outside world can be embodied in two types. One is the instinctive stress response of the terminal nerve, such as the moment when it touches a sharp object, it will quickly withdraw from the relevant body. The second part is the deep thinking of the brain. For example, after touching the tip object, the mind begins to judge the shape of the tip object and think about what it is.

The same is true for the machine system (the machine here is not the machine, more is the computer), and the human-computer interaction with the user can be expressed in two aspects: First, some intelligent terminals can behave like the instinctive stress reaction. Give some simple responses to the user's actions and requirements. For example, some of the home thermostats that have been popular in the past two years, as well as the automatic brick-moving tools that are familiar to the coin circle, can set up basic procedures to deal with simple external changes. Second, artificial intelligence can sometimes Use your own computing power to make some in-depth decisions, such as the intelligent investment advisory platform using neural network algorithms. Even if the variables input each time are more complicated, the system will give corresponding answers, and in this process of human-computer interaction. In, give users more convenience.

The similarity between the human body system and the machine system to the outside world actually comes from the architectural similarity between the two. In the machine system, the terminal smart device is equivalent to an organ with various nerve endings, which feels the outside world. After stimulation, on the one hand, it gives immediate stress response, on the other hand, it generates large data like neural signals based on these changes, and conducts along various interconnected networks similar to neural networks, and centralizes the transmission to stored information. After the cloud platform, the artificial intelligence algorithm is used to process and analyze the related information, and finally let the AI ​​play the brain's performance, give information indication, or directly respond through the device intelligent terminal. In other words, the ideal machine system and human system have the same purpose, and can make a stress response and deep thinking on all aspects of the external stimulus.

Figure: In an ideal situation, the digital economic system only needs to be “object-large-shift-cloud-wise”, but in the actual scenario, it is necessary to join the blockchain.

However, as people have seen, the human-computer interaction brought by the current machine system has a large gap from the "person-to-person interaction" of the human system. In many cases, it is not possible to achieve a good decentralization. The function of "paying for the cost". For example, after purchasing artificial intelligence medical solutions in some hospitals, it is found that the accuracy of their diagnosis is not as artificial. On the whole, the current interaction between man and machine is still relatively simple, and stays at the level of “instinctive stress response”, which is often referred to as “weak artificial intelligence” in the industry (although strictly speaking, because there is no After the analysis of the depth algorithm, it can not be classified into artificial intelligence. As for the practical cases of deep thinking, there is still a relatively small development space on the road of intelligent services.

Why is the current machine system unsatisfactory in many ways? This is actually a systemic problem. Unlike the human body that has evolved relatively well and is running smoothly in most cases, the machine system is not yet complete, and all the digital infrastructures are not complete. There are more or less problems, and people's expectations are not realized on many vertical tracks. Although people have already contacted many excellent products based on digital technology, the success of the whole industry is actually very rare. In addition to some commercial factors (such as the business model is not clear, the target market is wrong), there are some shortcomings in the performance of the machine system and digital technology itself, including:

Intelligent terminal (Internet of Things): Compared with the Internet that favors the C-end, the Internet of Things is more biased towards the personalized application of the B-end. Each project has different needs, requires high development costs, a long development cycle, and also Developers are required to have a better understanding of the industry in which Party A's customers are located, regardless of hardware and software, which is an important reason for its relatively slow development.

Big data: Since the current IoT systems are based on different vendors' standards, the data information they form is often incompatible, forming a lot of fragmented information islands, making it difficult to interconnect, and the massive data that is deposited does not know how to proceed. Mining and realizing.

Internet: There is still room for improvement in coverage, energy consumption, and transmission speed.

Cloud platform: Cloud computing may not be able to meet the increasing computing power in the future. At the same time, the cloud platform at the centralized giant faces risks such as privacy and data loss.

From this point of view, the machine system that we are currently exposed to, which is made up of intelligent hardware and related software, has many short boards and there is a lot of room for improvement. It is the existence of these short boards. The use of digital technology has encountered the bottlenecks we mentioned at the beginning of this article, and many related products cannot be reached. At this time, people have pinned their hopes on the blockchain technology we are very familiar with.

Then, as a technology that does not appear in the "object-large-shift-cloud-smart" combination, how can the blockchain upgrade the machine system as an important infrastructure? What role does it play in the entire digital economy? On this topic, in the "blockchain technology will transform the "big move to cloud" system? In the next part of the article, we will give a specific introduction. 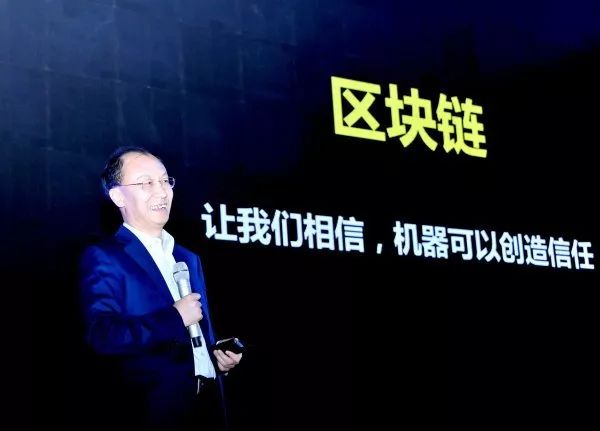 It is not enough to…

When the blockchain encounters AI,…

Blockchain and the future of…