Editor's Note: The original title was "How to Play Blockchain?" How does China's economy go in the future? We talked to the Nobel Laureate in Economics (4D dry goods). This article has been deleted without changing the original intention of the author.

The 2011 Nobel Laureate in Economics, Professor Thomas Sargent gave a keynote speech on the topics of artificial intelligence and big data. He pointed out that China is in a relative position in the fields of artificial intelligence, blockchain technology and digital currency Leading position. In the subsequent dialogue session, Xiao Jing, chief scientist of Ping An of China, and he had an in-depth discussion on related issues. 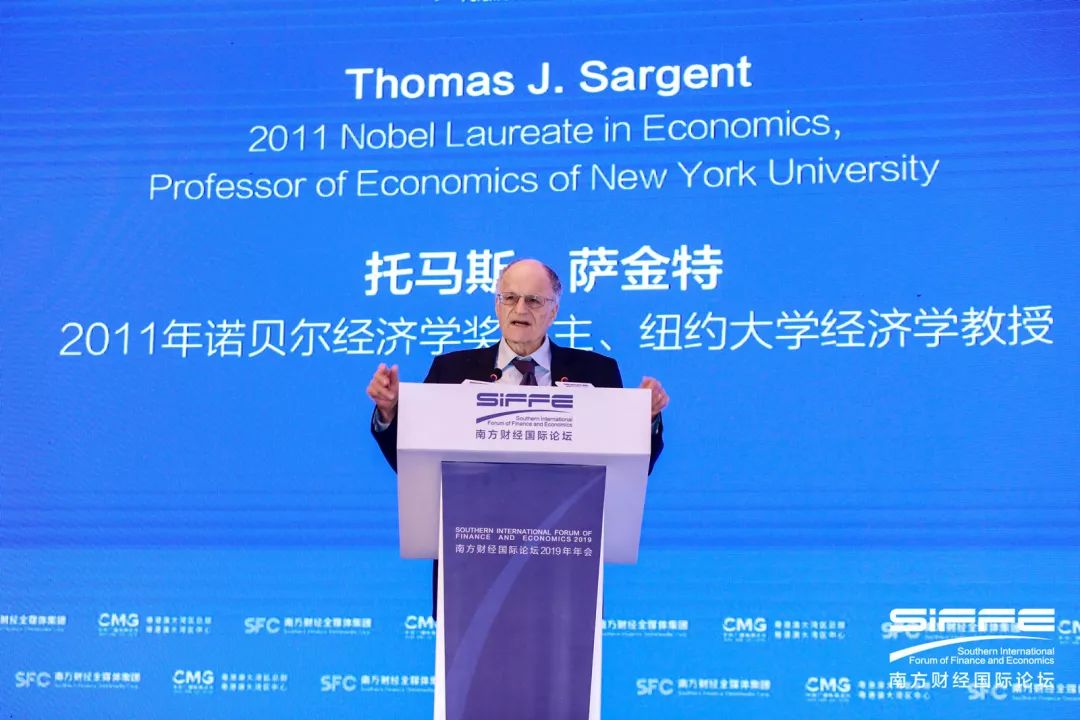 "In the field of artificial intelligence and digital currency, China is already relatively leading." At the "Nobel Prize Session" of this forum, Nobel Economist Winner and New York University Economics Professor Thomas Sarkin in 2011 Said in a speech.

"From the perspective of traditional economics, Adam Smith advocates free trade and attaches great importance to specialization, and this requires a sufficiently large competitive market. In countries like China, reform and opening up and trade communication and exchanges with more countries will be easy. It ’s good because the market is big enough to allow all parties to leverage their strengths. "

However, there are also some difficulties and challenges in large markets.

In addition, there is also credit risk.

"Someone always thinks about stealing someone else's things and making them mistrust each other. Sometimes some promises made are not fulfilled as scheduled, which will cause dishonesty. In addition, the cost of verification and enforcement makes trade very difficult. difficult."

"If we can solve these problems, we can create more economic value, so we must encourage and create these new technologies. Artificial intelligence and blockchain are very good technologies, and they can do many critical tasks. " As for blockchain technology, he believes that as a data structure, blockchain can be recorded in a way that everyone trusts each other, and everyone's transactions can be recorded, including income and expenditures.

But artificial intelligence and blockchain technology are significantly different.

"Blockchain is deterministic, not random. It is also permanent. There is no way to change these records. At the same time, it is an algorithm that records unique passwords. It can record unique facts. Very accurate. "

However, artificial intelligence has certain probabilistic and random characteristics, and can well guess the unknown reality.

Thomas Sargent says new results are emerging in this area:

"Artificial intelligence and blockchain, the two technologies are different and complementary to each other. With the further development of blockchain, we can both share efficiently and protect privacy."

After the speech, Thomas Sargent and Xiao Jing, chief scientist of Ping An of China, also held a special dialogue on the development trends of blockchain and artificial intelligence.

The future of artificial intelligence and blockchain

Xiao Jing: Blockchain is an infrastructure that is highly efficient and immutable. Artificial intelligence can provide some visible predictions that can help us make better and more efficient decisions and complete tasks. These two technologies are complementary. At present, blockchain is hotter than AI. What are the obstacles and challenges in the practical application of blockchain?

Thomas Sargent: When it comes to blockchain, people think this is a terrifying idea. However, if you start a large company, you also need to share it between different departments of the company. When we use a computer, in fact, the computer itself also shares and verifies the computer program. If you dig deeper, the idea of ​​blockchain is not as shocking as it was said at first, in fact, different companies or countries have such sharing mechanisms.

Now we are facing a situation where things can be done better, more efficiently, and transactions are easier, but many countries are unwilling to do it. This is a power they control. In fact, many financial management institutions are interested in this technology. I think the technology of the People's Bank of China has done a good job and they know the blockchain better than I do.

Thomas Sargent: This problem usually happens. With a new technology, some people may look at the computer there, scratching their heads to get confused, but others will find this technology awesome. I think blockchain technology has many advantages, but there are also many problems to be solved, and all new technologies are like this.

Xiao Jing: If you compare blockchain with Bitcoin, Bitcoin is not particularly effective. Do we need very high efficiency from the perspective of financial services?

Thomas Sargent: Yes, because people are thinking about how to make it efficient, is there a better way in terms of operation, and the blockchain brings us a good way to trade, but we can put it become better.

Thomas Sargent: China can do some research. Digital currency is closely related to the credit system, such as deposits or insurance, and still have some of their own deposit information and other credit information. American banks and American financial institutions are doing this. Government agencies are also studying this issue. Can we have relevant management systems and management process systems that match this technology?

Xiao Jing: I just talked about an application—supply chain finance. Are there any examples you can share with us?

Thomas Sargent: I don't have a good answer. To put it simply, in some old industries, there may be some large banks that have monopolized the entire industry, which is not so competitive and not very innovative. But there are some new entrants who will see new opportunities and are willing to take risks and use new technologies. This is a recurring situation, as it is in the United States.

In the 1950s, American-made cars were the best. The best cars in the late 1980s were not produced in the United States. Most of them were made in Japan. When it comes to innovation and industry structure, Japanese car manufacturers in the 1980s were more competitive, and they posed a great threat to the American auto industry. I see this in every industry.

Xiao Jing: Progress has been made in deep learning in many fields, but in the financial services industry, especially traditional economic forecasting or quantitative trading, they still use early models, such as some parameters that are relatively stable and readable Model, has not started to use deep learning algorithms. Do you think this is a good research direction?

Thomas Sargent: This is a good idea. Now some people have started to research, including a friend, he is a professor in Shenzhen, he is building a model, this model is very practical, it is a trading model, but there is a very complicated arithmetic algorithm in the process, there is a very important part to With deep learning and simulators, it is very clever. He is a very clever Chinese mathematician and has used deep learning for model building, which is a very good prospect. If you have a chance to learn how Alpha Dog defeats the strongest chess player, how did it do it? This includes learning methods, and the model is very clever.

BRICS: Prelude to Overthrow the US Dollar Hegemony