Source of this article: Chaos University , with cuts

On November 12, 2019, Mr. Liang Xinjun, the co-founder of Fosun Group, made a "new economic momentum in the next two decades: "Digital Economy Ecology Shaped by the Blockchain Power of Mobile Internet" . In his speech, Liang Xinjun looked into the possible new kinetic energy of economic development in the future, and analyzed how the digital currency based on blockchain technology can empower the economy.

Why does the annual meeting be a turning year for the development of blockchain? How does digital currency solve the challenge of asset management? Where might the vent of the blockchain be?

01 What problems have big data, AI and blockchain solved?

02 Why is it that 2020 will be a turning year for blockchain development?

For the development of blockchain technology, this will be a year with the right time, location and harmony. Time: 2019 is the first year of 5G applications, the starting point of the outbreak of the Internet of Things. At the same time, the Chinese central bank's digital currency is expected to be launched in 2020, and the United States' Libra will also be launched in 2020 in a compromised version. This will greatly promote the popularity of digital currencies. Geography:

Blockchain 3.0 technologies (cross-chain, sidechain, partition, sharding, etc.) can improve the performance of the blockchain, improve ease of use, operability, and scalability. Most of these technologies are expected to mature in 2020.

a. China lists blockchain as a national core competitiveness technology and will greatly promote the commercial landing of blockchain in a multi-centralized and alliance chain manner

c. The financial system represented by the US JP Morgan Coin will realize a new generation of banking infrastructure (integration of payment, clearing and settlement) in the form of alliance chains

03 What is the significance of blockchain technology?

04What is the economic momentum in the next 20 years?

May be data assets and data economy ecology. Here is the evolution of the top five U.S. market cap companies in the past 100 years. It can be clearly seen that from resources and raw materials to the development trajectory of the mobile Internet.

In the next 20 years, data assets will become the main driving force for economic growth.

05What are the challenges of global asset management?

In short, the lack of discipline and strong external constraints on government currency issuance is becoming a challenge for global asset management. The economic control standards of mainstream countries have greatly exceeded the constraints of the Maastricht Treaty, and total government debt and fiscal deficits continue to run at high levels. 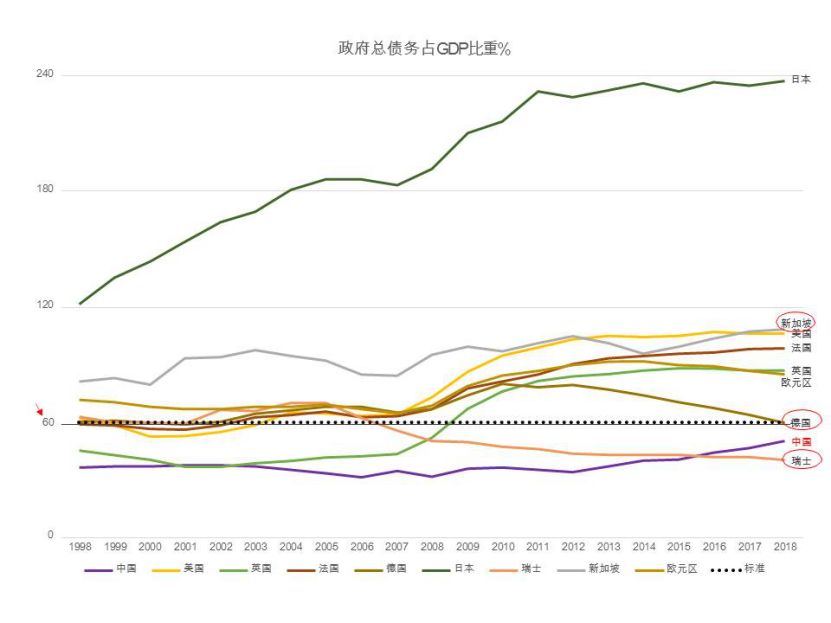 Figure: Total government debt as a percentage of GDP 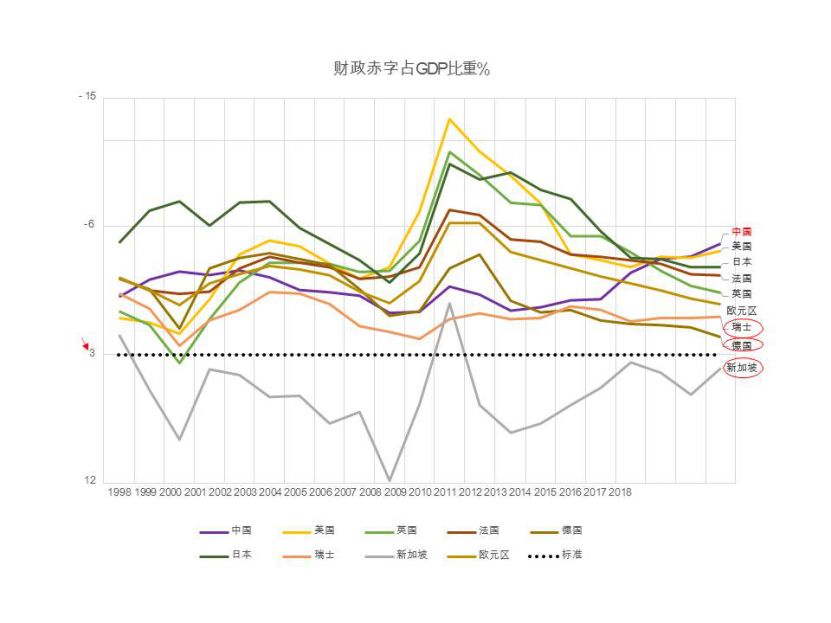 Chart: Fiscal deficits in each country as a percentage of GDP

06 What are the disadvantages of modern currency theory?

Modern currency theory holds that as long as inflation is not a problem, there is no need to worry about government debt being too large, and domestic currency debt of currency sovereign countries will not default. Sovereign currency has unlimited legal compensation, no nominal budget constraints, only inflation constraints. This theory can have serious consequences: it is bound to cause severe inflation and zero interest rate policies. From 1913 to the present, at the time of $ 100, today's purchasing power is only $ 3.87.

07What are the characteristics and development trends of digital currencies?

For cryptocurrencies, their asset attributes are stronger than real currency. "High liquid assets and high volatility" are the characteristics of this type of currency. In addition, it has replacement and inherent costs.

08How to understand the value of digital currency?

The value of digital currency can be understood from the following perspectives. POW mechanism: The mining machine pool replaces the equal return of the work of the computing center; POS mechanism : Hold and pledge cryptocurrency assets to obtain work rewards; other mechanisms: such as POW and POS hybrid mechanisms, etc .: are some kind of workload , Rewards from network, capital, rights or resources.

There is an interesting perspective on Bitcoin:

Bitcoin is a good intermediary for storing cheap electricity locally and distributing it globally. This is a digital way to export high-efficiency power generation and “arbitrage” in inefficient power generation areas.

09What is a stablecoin and what does it mean for the asset market?

Stable currency is a digital currency with low volatility relative to the price of fiat currencies. Its value and importance to open fiat currencies and traditional asset management to enter the crypto asset market. Libra and JPM Coin are both stable coins in the alliance chain system . Their launch will greatly promote the popularization of digital currency and provide a bridge for the public to enter the digital economy after currency conversion and conform to the public's living habits. Libra: The first stage mainly solves the problem of C-end payment. Libra can be understood as a unified large account book, which can get rid of the existing bank's clearing and settlement system, and an efficient global super version of "Alipay", which is equivalent to 100% legal tender 1: 1 collateral to support an ETF issued by a basket of currencies. The US dollar accounts for 50%, the euro 18%, the yen 14%, the pound 11%, and the Singapore dollar 7%. JPM Coin: USD-bound stablecoin. The deposit and withdrawal of funds between international financial institutions can use JPM Coin as the medium, and nodes such as JP Morgan can play the role of clearing bank on the Quorum alliance chain.

10 What is the future of the blockchain industry?

Various decentralized applications will flourish, but supervision will gradually be in place, and various regulatory measures such as anti-money laundering will be effectively implemented. Traditional asset management enters the data asset market and gradually masters the primary and secondary market pricing power of blockchain projects. .