On December 6, Bitcoin's physical delivery futures platform Bakkt has been online for more than two months. According to the latest data, its daily transaction volume climbed from the initial 600,000 US dollars to a maximum of 37 million US dollars, making the market look at the market with a 60-fold increase.

As the bitcoin futures trading platform endorsed by the Intercontinental Exchange (ICE), Bakkt has received approval from the US Commodity Futures Trading Commission (CFTC) and the New York Financial Services Department (NYFDS), and is a real “regular army”.

The increase in Bakkt's transaction volume shows to a certain extent that traditional mainstream capital's attention to bitcoin has gradually increased. After a round of growth climax, this platform that once disappointed the insiders due to the bleak transaction volume has reinstated Aura.

Some people in the industry believe that Bakkt, as a compliant and firm delivery futures exchange, will pierce the supply of BTC in the previous exchanges like a needle, eventually bringing the price of Bitcoin back to rationality and becoming the global price of Bitcoin. Important reference.

One premise is that Bakkt needs sufficient trading depth and liquidity to support futures trading. No matter in which market, radiating as many global traders as possible is the key to mastering pricing power.

Compared with the slump of only 63 BTC monthly contracts and 600,000 US dollars in daily user transactions on the first day of launch, Bakkt's transaction data has increased by more than 60 times and a counterattack has been staged.

Therefore, Bakkt is also placed in the market with high hopes and is regarded as one of the biggest positives in the currency circle.

What went wrong was that Bakkt, born with a golden spoon, poured cold water on the coin circle as soon as it went online: the trading volume of 63 bitcoins a day was not as good as the "native army" contract platform OKEx. The sluggish transaction performance clearly fell short of market expectations, and later caught up with Bitcoin's "diving."

On September 24, the price of bitcoin dropped from $ 9,700 to a minimum of $ 7,660, with a single day's highest drop of 27.81%. Some people even gave incentives to Bakkt, whose transaction volume was bleak. They believed that traditional financial tycoons may not have the confidence and enthusiasm for Bitcoin.

Looking at the data performance of Bakkt for 10 weeks since its launch, since September 23, its trading volume and open interest have shown an overall upward trend. Although in the 4 weeks just launched, Bakkt's weekly trading volume has always been difficult to exceed 5 million US dollars, but since the 5th week, it has gradually entered a good situation, and finally broke through the 100 million US dollar mark last week. Data show that during the week from November 25 to December 1, Bakkt's weekly trading volume reached 124 million US dollars, the highest in history.

In the past 48 trading days, the average daily transaction volume was approximately 688.25 BTC, or approximately $ 5.62 million. Compared with the 600,000 US dollars on the day of launch, there has been a great improvement.

As the trading volume increases, Bakkt's recognition of increased trading depth has also increased, and its open futures contracts for bitcoin have reached a record high. Some people in the industry believe that in the futures market, the number of open positions is usually used to indicate the health of the market. When there are a large number of open positions, it indicates that there are new or additional capital inflows.

Although the volume is small, next year will push BTC options

Although Bakkt keeps refreshing his own records, one problem that lies ahead is that his average daily trading value of US $ 5.62 million is still insignificant compared to the native contract trading platform of the currency circle.

If you compare the transaction volume alone, Bakkt's volume is still less than one percent of the top exchanges in the currency circle. Non-small data shows that, as of 7 pm on December 5, the daily average transaction volume of the contract platform BitMex was US $ 3.426 billion, and OKEx was US $ 5.49 billion.

However, compared to Bakkt's book data, most people in the currency circle have always paid more attention to its market significance.

Lin Jiapeng, a senior blockchain investor, has expectations for the development of Bakkt.

"Bakkt's biggest significance is that it is a BTC physical delivery contract platform, a platform certified by US institutions, which is of great significance to the entire Bitcoin market."

"Therefore, if you think the value of BTC does not match the current price, you can be short. However, you need to fill the position after short selling. According to this rule, shorts need to consider the cost of holding positions and the true value of Bitcoin so that the market will be relatively balance."

Accepted by the regulatory authorities, Bakkt, which adopted the physical delivery model, has gained a different status from the native platform of the currency circle. Lin Jiapeng said that Bakkt's index price will be a benchmark for the entire Bitcoin market in the future.

At the beginning of the year, Lao Mao, the co-founder of Coin Capital, had this prediction:

"Bakkt, born with a golden spoon, will not take long to become an important reference for the global Bitcoin price."

The old cat believes that a compliant and solid delivery futures exchange will pierce the false supply of previous exchanges like a needle, and eventually bring the price of Bitcoin back to a reasonable value.

Bakkt's official Twitter said that in the future, it hopes to further consolidate the rising trend of transaction volume through these two new products.

What impact will Bakkt have on the market once it erupts?

Some U.S. financial advisers expect Bitcoin to surge above $ 100,000 in a few years 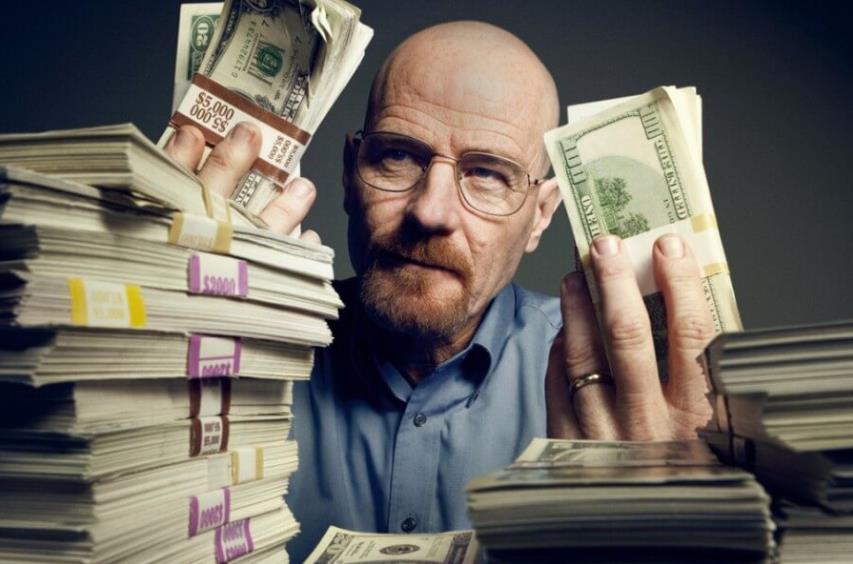