Editor's Note: The original title was "Zhu Jiaming | Practicing the Road to Science and Technology of Public Welfare-The Concept, Structure and Implementation of Space-Time Cooperatives". This article has been deleted without changing the original intention of the author.

On December 5, 2019, the "2019 China Public Welfare Annual Meeting" sponsored and sponsored by the "Public Welfare Times" was held in Beijing with the theme "Growing Spirit from Wealth". At the meeting, Zhu Jiaming, president of the Digital Asset Research Institute, delivered a keynote speech entitled "Practising the Road to Public Welfare Science and Technology-Concept, Architecture and Implementation of Space-Time Cooperatives".

The following is a record of the conference speech. 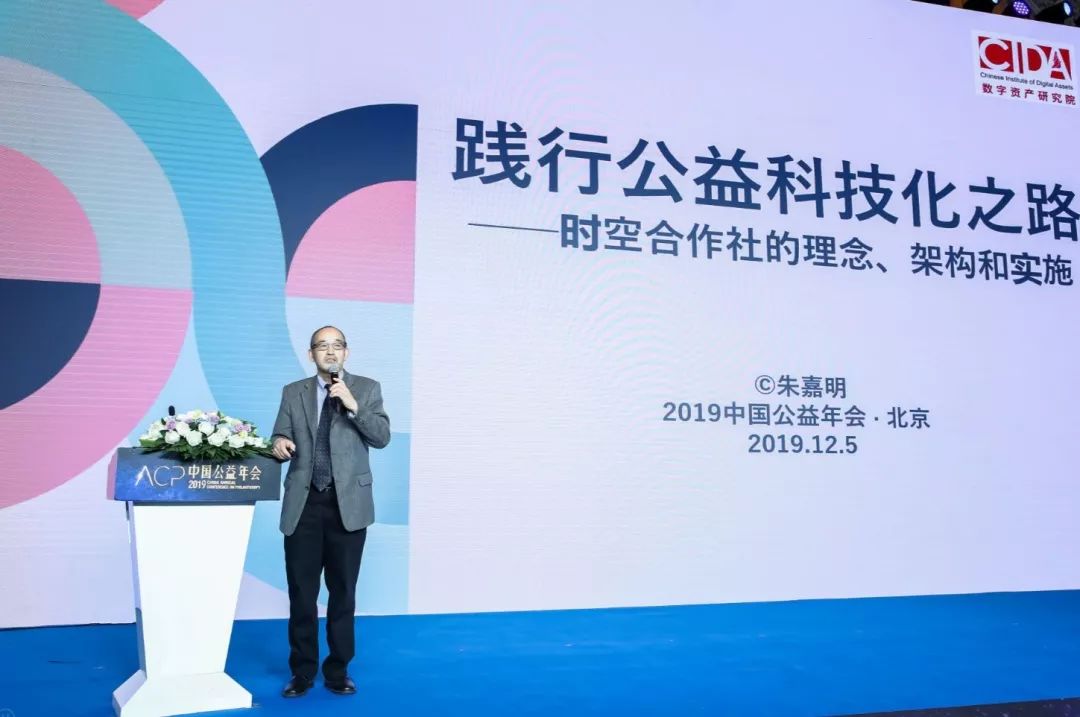 For a long time, the reason why people advocate and participate in public welfare is based on the existence of various gaps and inequality in the real world, especially the gap between the rich and the poor, and various inequality caused by the wealth gap. The traditional method of public welfare is to promote the transfer of wealth, and to promote social justice and progress through redistribution of existing wealth resources in one way or another. Today, I want to share with you another way of thinking. Another possibility is to realize the nationalization of public welfare through the organization and management of everyone's time and space. To this end, I would like to introduce to you the "space-time cooperative" projects or projects developed by the Digital Asset Research Institute in the past two years. First, a quote from Russell decades ago: "The smart use of leisure time is the last product of civilization." Today, this sentence is very predictable. I would also like to quote Keynes's sentence: "The difficulty is not to propose new ideas, but to discard old ideas." It is time to rethink the trend of future public welfare.

In this context, I would like to talk about six questions:

1. A new human challenge: how to deal with the increasing leisure time

2. A new pattern of time and space is emerging

4.Blockchain provides the technical basis for a new model of time and space combination

1. A new human challenge: how to face increasing free time

There are many human challenges, the most new of which is how to face increasing free time. In traditional social time theory, three dimensions are emphasized, the so-called free time, flexible time and working time. The boundaries of such a time structure are clear, and there is no interlacing or superposition. But things have changed. People's time structure and time evolution stages are fundamentally changed. The factors that cause this are:

(1) The average life is extended;

(2) Reduction of working time and intensity caused by labor productivity;

(3) The technological revolution has led to a reduction in the cost of living time. The above three factors eventually lead to an increase in people's free time, or even a substantial increase.

It is against this background that an American professor, Edgar S. Cahn, put forward the complete concept of "time bank" in the 1990s and put it into practice. Today, Time Bank has a great influence all over the world, and there are also trials in China. However, it should be argued that Time Bank has not been a real success. There are many reasons, the most important of which is that from the time bank proposed by Kahn until shortly before, there was no technical foundation and technical system that could support time bank. Now, we all know that blockchain is undoubtedly an important technology that can support the concept of time banking.

2. New patterns of time and space are emerging

(1) The space radius of human activities is rapidly expanding, and Musk's space program is of typical significance;

(2) The dimension of human activity space has increased, and the Internet has created an unprecedented state of space for human beings;

(3) A virtual space driven and created by VR and AI technologies.

In short, the space of human activity is no longer the original geographic space, the original three-dimensional space.

It is not enough to just realize that the time and space of contemporary human existence and activities have changed. Also note and acknowledge that humanity is entering a new era of combined time and space. Here I mainly talk about the following brand-new changes in space-time combination:

(1) Integration of time and space: the revolution in transportation and communication, so that time and space can be created and occurred for any individual at the same time;

(2) Space-time folding: each person's time and space can be decomposed and combined to form different structures;

(4) Space-time reciprocity / repair: lack of time in one place, and time surplus in another place.

In particular, I want to emphasize that in the new state of space and time, everyone can have a "quantum state" and can have a place of separation. The so-called "quantum entanglement" has been reflected in our lives and activities.

Because of the drastic changes in time and space in modern times, the subject and object of time and space have been unified. The subject of time is also the object, and the consumption of time and space is also consumed. For example, the participants of Douyin are both creators, producers, and consumers. Now, the fragmented time of the people can be combined and even kidnapped. It should be noted that the way people are being deprived of time is changing from the Ford mode of the industrial era to the Douyin mode: from forced labor to time deprivation to forced consumption of time deprivation. Douyin is indeed a way to control the time of human fragments.

In fact, the greatest waste of humankind is, in the final analysis, a waste of time. If everyone wasted an hour a day, the world would waste 8 billion hours a day. The consumption of each hour of life results in a "entropy increase" in thermodynamics. Therefore, we need to think about whether we can effectively organize each of us as an equal resource, that is, time, in a larger scene, and effectively organize it into a new resource that can be exchanged and traded with each other. Humans have only one point of absolute equality, which is "life and death" and "24 hours a day." Not only this, but also think about the space and the new combination of time and space, which are accompanied by time, to develop and organize in order to realize the nationalization and scientificization of public welfare.

Now, the new question is how to realize the management of the new space-time form of mankind, and realize the comprehensive integration with public welfare undertakings, so that public welfare undertakings can be integrated into people's space-time resources. In this way, it is possible to promote and realize that everyone has the opportunity to contribute to society and become beneficiaries, because the premise is equal. How to achieve effective management of the people's space-time resources requires systematic and comprehensive social coordination. Under today's historical conditions, the intervention of scientific and technological factors is required. Therefore, we need to accept the concept of science and technology for public welfare.

4.Blockchain provides the technical basis for a new model of time and space combination 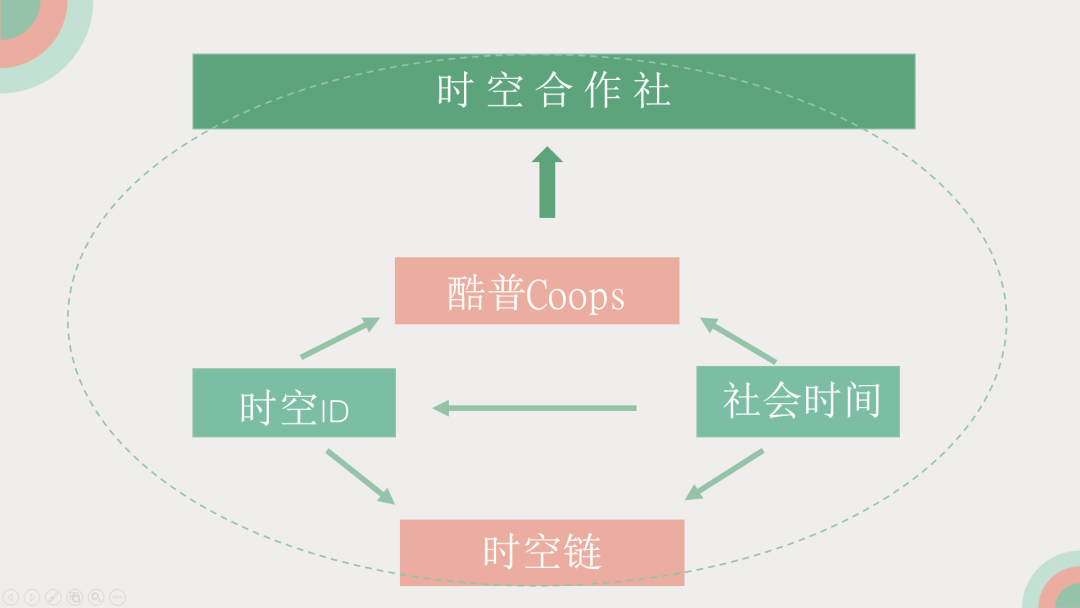 The basic architecture is based on this architecture: The Co-ops platform is at the upper level of the Space-Time Cooperative, and the technology foundation is the "Space-Time Chain". Everyone has a Space-Time ID. Our vision is for everyone to become the master of their spare time. Through blockchain, real-time cross-space cooperation will enable humans to transcend the space-time society of traditional media, re-enable the cooperatives with a new era of vitality, and promote new types of cooperation between people. And order. In short, space-time cooperatives have become an option to end poverty, and space-time cooperatives are not utopias.

Zhu Jiaming: Last year, a movie was released in South Korea called "Human, Space, Time and People". This movie has a great impact. I would like to share with you this view: In this movie, the director and screenwriter Kim Kidd caught human civilization. The three basic elements: human beings, time and space, and different combinations of these three elements. The film describes that when people have extremely limited space, time, and resources, it is not only impossible to restrain infinite desires and change the ugliness of human nature, leading to the "good" being a "evil" sacrifice, and the result is the loss of "righteousness." "Public interest" has no place. When we gather here today, when discussing and practicing "public good", we must go against the story of "Human, Space, Time and People": we realize the combination of good and science, and human and time, space and resources The reasonable allocation of human beings and human nature are in a reasonable state, so that evil can be completely suppressed and good can be greatly exerted. Only in this way, public welfare will become an important support point for the sustainable development of human civilization, and everyone will become a contributor and beneficiary of public welfare. 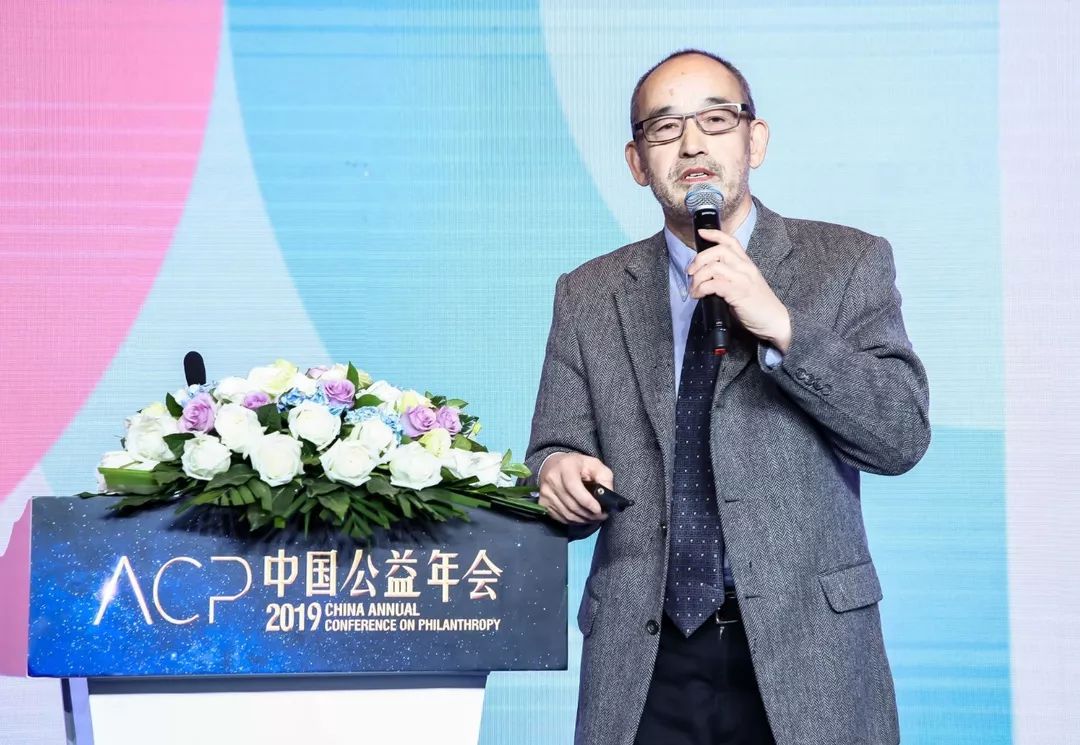