1. The origin and significance of smart contracts

In recent years, blockchain has become a hot technology. As an application technology, its rapid development and upsurge are rare. Why has it attracted the attention of people from all walks of life? There are many analyses and cognitions, but the author believes that there are two most important reasons. One is that blockchain is not a separate technology. It is not only a fusion of many technologies, but also involves social governance models and changes in thinking Ideological technology, this kind of ideological technology will motivate people to innovate and produce a technological revolution; the second is that blockchain technology caters to the important development tide of the current society, that is, how human society is developing into a digital society (Gartner report 2016), what is the future? It is a huge challenge for technology and social governance to transfer the dependency relationships of people's life modes, credit, laws, and even culture to the virtual world. Blockchain-related technologies are an important technology to meet this trend. one.

We can look at a future car transaction scenario: car loans. If the lender does not repay, a contract program will automatically recover the digital key that started the car. Car dealers will find this automatic contract use very attractive. This example is a scenario given by cryptographer Nick Szabo in 1994, and it is also the first time that he proposed the concept of "Smart Contract (SC). Compared with the more complex involving users, car dealers With bank loan behaviors and procedures, smart contracts are computer programs that can automatically execute the terms of the contract. By observing the vending machine (see Figure 1), Saab realized that the machine controls the property through a physical sealing system and can be programmed to execute automatically "Contract" clauses point out that computer code can replace mechanical equipment for more complex digital property transactions. Someday in the future, these programs may even replace lawyers and banks that handle certain specific financial transactions. The way built into the physical entity was created. " Later in 2002, Nick Saab designed a digital currency mechanism called" Bit Gold ", thinking that smart contracts can support electronic data interchange (EDI), Trading of synthetic assets such as securities options. He then creatively abstracted that "smart contracts are computable transaction protocols that execute contract terms." This simple and simple abstraction has far-reaching significance because it involves the most basic human socioeconomic activities: transactions and agreements. And it is done by calculations (programs). The potential for the future digital society is obvious, because it programs the complex relationships between people, transactions, legal agreements, and the virtual world of the Internet. Maybe one day we will be surprised to find that contracts, lawyers, notaries, insurance, Some functions of exchanges, banks, and even courts are replaced by smart contracts (procedures). This shows that the concept of smart contracts is broad and profound. In the long history of technological development, many simple and natural ideas are often a cornerstone of development. Smart contracts are likely to be one of the cornerstones of a digital society. Just like the network construction and online application relationship during the development of the Internet, as the ubiquitous smart contract application on the chain will be the most important and active technology in the blockchain wave.

1) Smart contracts facilitate contract execution through the use of protocols and user interfaces (Nick Saab);

2) A smart contract is a contract written in program code, and its terms are executed by a program (Mark S. Miller);

3) Smart contracts are programs that can directly control digital assets based on the blockchain. (Ethereum)

4) Smart contract is a computer program running on a copyable, shared ledger that can process information, receive, store, and send value.

5) A smart contract is a piece of code that is deployed on a shared, replicated ledger. It can maintain its own state, control its assets, and respond to received external information or assets.

6) The definition given by Wikipedia is:

In general, a smart contract is a set of commitments defined in digital form, including an agreement on which contract participants can execute these commitments.

The smart contract theory proposed by Saab appeared almost at the same time as the World Wide Web, but its application practice has been seriously behind the theory, and no clear path has been found to transform this idea into reality. There are three main problems. First, the assets need to be digitized and the ledger of digital assets; second, the contracting party needs a trusted execution environment; third, code contracts need to have similar contract stamps that cannot be changed at random and can be audited. The emergence of blockchain technology has solved these problems, which has triggered the application of smart contracts. The blockchain lays the foundation for the recording and transfer of fully digital assets. Through fully digital assets and distributed ledgers, the blockchain enables computer code to control assets. The control of assets is to control the keys corresponding to the assets, not any physical objects. . The blockchain has also become the most trusted mechanism on the Internet. At the same time, once the smart contract code makes a block into the blockchain, the contractor can be sure that the contract will not be changed. Can be filed, monitored and audited.

Below is a smart contract that executes automatically and has the basic functions of a bank. There are four functions: query account balance, save money, withdraw money, and transfer money. The contract codes are shown in Table 1.

It can be seen that this is a simple contract, and the second-generation blockchain represented by Ethereum has triggered the upsurge of blockchain due to the integration with this simple smart contract. The author predicts that the development of smart contracts can also be divided into three generations:

The first generation is currently used by a lot of simple on-chain code (IBM) called on-chain code, most of which are contracts with simple IF-THEN-ELSE statements in current Ethereum projects, just some simple process code , There is no complexity logic and intelligent content;

The third generation will be the high-level or smart era of smart contracts, which is represented by code as a legal contract: it has certificates and criteria, and conforms to legal regulations or the coding of legal rules. It is a smarter and higher-level contract, which the author believes is also smart. The most promising development of the contract.

4. Problems and Solutions of Smart Contracts

It should be said that the current smart contracts on the blockchain are still in the early stages of technology. They are immature, insecure, and unintelligent. They have not formed a theoretical system and cannot meet the needs of applications on a large scale. The main problems are:

2) Smart contract public letter writing problem: As a code contract, it is very different from text protocols in terms of how to write public letter, who will verify and test? The parties to the contract are obviously inappropriate, and it is difficult for ordinary third parties to have a credible position. The establishment of a credible production mechanism is the key to development;

3) The credibility of smart contracts: Since smart contracts are special software that manages huge digital assets, the problem of software bugs is very prominent. Software traps will obviously benefit one party to the contract. How to check and repair the contract? ? How to verify the logic of the contract and eliminate loopholes? Formal methods are an important means of software credibility verification at present, to avoid similar opportunities to hackers due to loopholes in the code itself;

4) The intelligent problem of smart contracts: At present, it is basically a simple contract or a fixed contract template. The language, writing, deployment, auditing, automatic assistance tools, and dynamic modification of smart contracts are all new models. The combination with artificial intelligence technology is Research trends

5) Legality: Does a smart contract have the same legal effect as a "real" contract? What if the result of a smart contract violates the law, or the court finds that it conflicts with contract law? Computational jurisprudence is only a study of legalization, and the author proposes the technology of legal codes to solve the problems of codes, which are legal issues;

6) Smart contract execution problem: When there are multiple contracts that require time to trigger, who will manage and send the event to be triggered? If multiple contracts are executed at the same time, it will bring complex access control, synchronization and consistency issues;

Of course, there are still many technical implementation problems. This series of articles will introduce a lot of ideas, and everyone will discuss the ways to solve these problems. 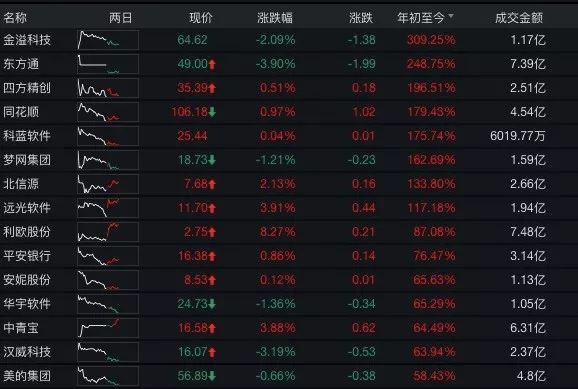