The "Coin All 101" series is a series of blockchain science popularized columns for new entry users, allowing zero-based partners to get started easily.

What is the consensus mechanism of the blockchain

Blockchain is often referred to as a tool for transmitting trust, and the trust behind this trust is the consensus mechanism . The blockchain can be regarded as a distributed ledger with the participation of the whole people. Then we need to formulate a set of rules that everyone agrees to accept to solve the problems of "how to record effectively" and "who chooses to record." Is the consensus mechanism of the blockchain.

To facilitate understanding, let us give an example. Six people in a dormitory are going to have dinner. After discussion, they choose to eat hot pot, so eating hot pot is a consensus formed by everyone . In the negotiation mode, the minority obeys the majority is the consensus mechanism for everyone to determine where to eat . 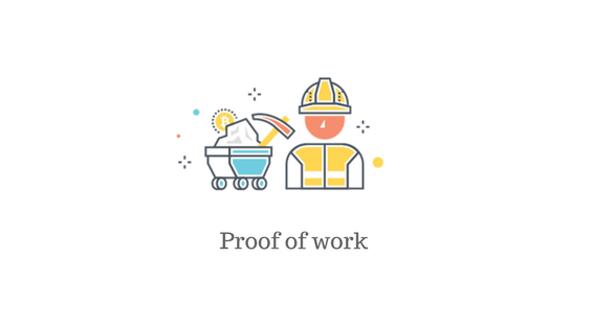 A proof of work is a certificate that confirms the amount of work you have done. The proof-of-work mechanism is to prove your contribution value through the workload , and then determine the bookkeeping right and reward according to the size of the contribution value.

In the blockchain world, this proof process relies on computers to perform mathematical operations. It can be simply understood that, when everyone answers the same question together, the person who calculates first has the right to keep accounts and can get the corresponding reward, which is the digital token generated by the network. This is also the process of BTC output. In the BTC network, whoever solves the problem first can get BTC as a reward.

The advantages of PoW are: first, the accounting rights and rewards are determined by the workload, fairness and fairness , and fair competition between nodes (users); and second, complete decentralization , which does not require a centralized management agency, The system can operate on its own accord.

The disadvantages are waste of energy and inefficiency . Participants calculate the same subject together, but only one person can finally get the right to book. All others do nothing. However, a large amount of power resources will be consumed in this process. For example, BTC is generated using the PoW consensus mechanism, which consumes billions of dollars of electricity each year. In addition, the number of nodes on the chain is huge. Based on the point-to-point characteristics, when the first person who answers the question announces and claims the accounting rights to the entire network, this process is very time-consuming, so under the PoW mechanism The efficiency of reaching consensus on the entire network is extremely poor. 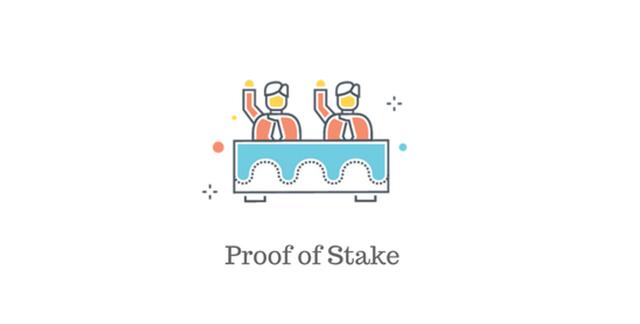 The advantage of PoS is that first, it consumes less energy , compared to PoW, it does not require a lot of energy consumption; second, the cost of evil is high , and if you want to attack the network, you must have 51% of the number of token days, not only a lot of It is difficult to hold a long enough token, and thirdly, it takes a short time to reach a consensus . If the network environment is good, millisecond speed can be achieved.

There are two disadvantages of PoS. First, tokens tend to be centralized , because the distribution of income depends on the amount and time of holding the tokens. In order to obtain more tokens, the tokens will gradually be concentrated; Secondly, if the liquidity becomes worse , there will be income distribution when the token is held, and the holder will not have the motivation to cash out, which will result in the poor liquidity of the token. DPoS is generated on the basis of PoS. Under the PoS mechanism, people who hold a small number of tokens rarely have the opportunity to be elected bookkeepers. In order to be able to obtain the right to book, they discussed the use of the DPoS mechanism, that is, by voting, the producers were selected to perform their rights and obligations on their behalf . On behalf of the nodes take turns in bookkeeping to obtain dividends, and the node gets a portion of the total bookkeeping (mining) revenue as a reward, which is distributed to voting users. If the producer is incompetent, he may be voted out at any time. The voting weight and distribution income are calculated according to the percentage of the total number of crypto tokens held. The voting result of 51% of shareholders is irreversible and binding.

In fact, the DPoS mechanism is similar to a joint-stock company in reality. Ordinary shareholders cannot enter the board of directors to participate in the management of the company. They must form a board of directors by voting for representatives, and elect people who can represent their rights and interests based on voting weight. In the chain, an agent is elected to keep accounts.

The biggest advantage of DPoS is that the number of bookkeeping nodes is greatly reduced and the bookkeeping efficiency is high . The disadvantage is that the degree of decentralization is weakened, and accounting is performed by the selected representatives, and there is a certain degree of centralized control.

OKCoin will launch Premier services for organizations and large companies

Stanford PhD student: MimbleWimble may not be as private as originally thought

Ethereum's additional issuance proposal was ridiculed, and community members said it was a disaster.