Hello everyone, I am an atom. It seems that I am going to have a holiday again… Is it very hopeful? Before the holiday, the atom will give you an EOSplay game evaluation on EOS.

EOSplay is an online quiz platform based on the EOS public chain. Currently, four games, lottery, cow, dice and slot games have been opened on the platform. All four games use EOS block hash values ​​as a result of the draw. 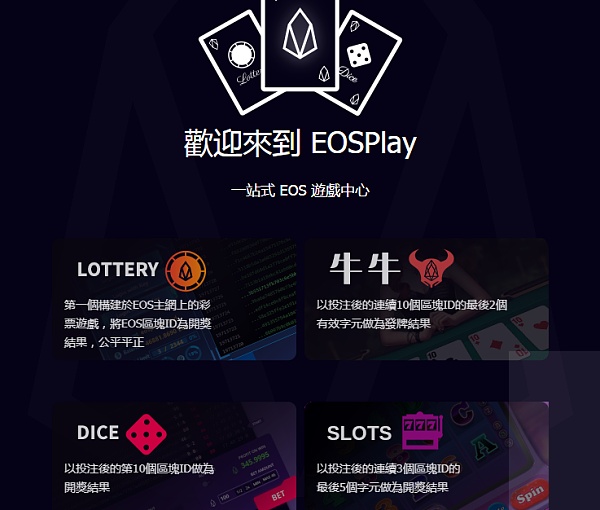 Enter the official website, the game page design currency price is simple, you can see at a glance what games are currently available. The main color of the game page is the same, there are not so many colors, it looks relatively comfortable.

In the last game evaluation, the atom introduced the lottery's gameplay in detail. Compared to other simple dice games, Lottery is indeed more difficult, but the bonus is more tempting. Random block hashes are used as a result of the lottery, and those who are lucky can get huge returns.

In this lottery gameplay has a star to five stars, the difficulty increases. But open the game page, only show one basic gameplay: size + single and double + number, to unlock one star / two stars / Samsung / four stars / five stars, click the advanced option button to find out. 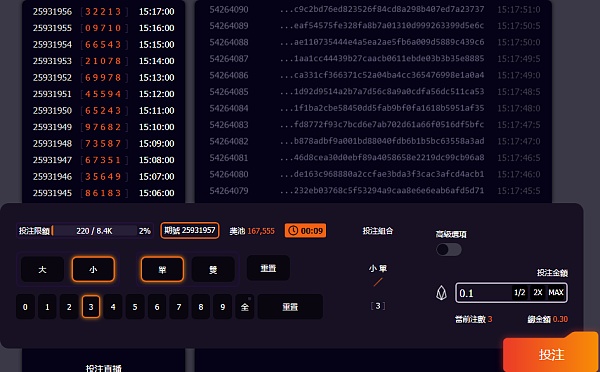 The basic gameplay is to guess the single digit + guess size + guess single and double. The choice of numbers can be varied. In order to have a higher win rate, you can choose all the numbers, but the size and single and double are still two. But when you turn on the advanced options, no matter how many stars you play, you only guess numbers, no size + single and double.

For each additional number of quiz, the difficulty increases, so the bonus of the game is also high. The reward multiples from one star to five stars are: 10, 100, 1000, 10000, 100000. In addition, the single-double and size return multiples of the basic gameplay are both doubled. The choice of numbers can select multiple groups or even all selections at the same time, but the cost is too high and the risk is high.

The gameplay of Niu Niu is very simple, only simple mode and standard mode. The vertical version of the game screen seems to be more suitable for mobile operation. The game licensing rules are relatively more complicated, because unlike traditional card games, it is dealt with the block ID.

When the last digit is 1-D, it represents the 1-K of the poker, which is the size of the representative card.

However, in fact, this does not require players to understand in depth, simply know about it. This kind of licensing is largely a matter of course, so we can see the fairness and fairness of game design and ensure the interests of players. 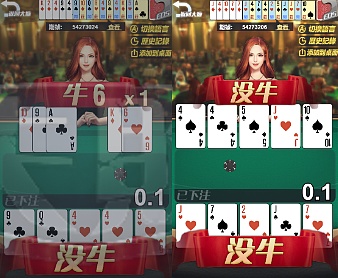 On the left is the easy mode, on the right is the standard mode, the simple ratio size, the standard comparison size and the card type.

The dice game is also a classic game on the quiz market. The gameplay is relatively simple. It is the game of guessing the size. Whether it is the driver who just got on the road or the old driver who has been in the immersion circle for many years, I believe you will know how to play it when you see it. The atom has also measured too many similarities, so I won't go into details here. 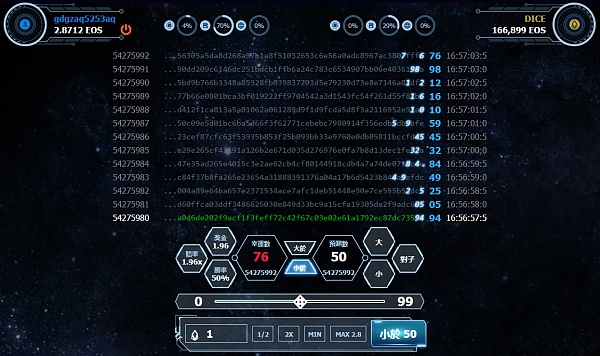 The slot game is also a very familiar gameplay for old players. Players can choose 9 betting routes. It is worth noting that the line can only be selected according to 1-9. It is not possible to jump selection. For example, if you want to select the 5th line, The first four items must be selected. This time is equivalent to 5 groups you choose, and the amount of bet will increase by 5 times. 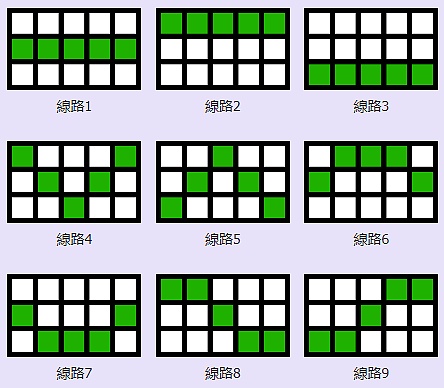 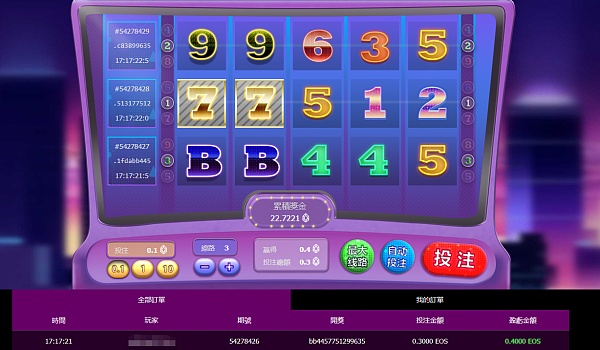 I chose 3 lines and won. I have to win from left to right.

Note: On any of the 9 lines, there are 5 7s, which is 10,000 times reward! Then empty the prize pool directly! Adrenaline is not enough… but this is too difficult, and there are more ways to win, such as: 5 pure letters, 15 multiples, or the first three letters, AAA12, the multiples are 5, although the return bonus is small, but the win rate is relatively high. According to the block ID, you can only look at luck…

Overall, these four games are the most classic quiz games on the market, and the prize rate of these games is much higher than the low probability of lottery winning. It is no wonder that the quiz in the market is the most popular. In the game, the whole operation is not stuck (except that the vertical version of the cow is not beautiful on the PC side), whether it is a bet or a reward, it is real-time, and the on-line record can be queried anytime and anywhere, so overall Still very good.

EOSplay was launched in September 2018. After the launch, users grew faster. In a short period of time, they directly rushed into the top five of Dapp on the EOS chain. Although the current active users have declined, they have survived for so long, and the team is constantly developing and improving. The side reflects that the quality of this game is still comparable to other games on the market.

From the account details of the smart contract address, the operation within one minute can cover the entire page frequently, which also proves the popularity of the game. 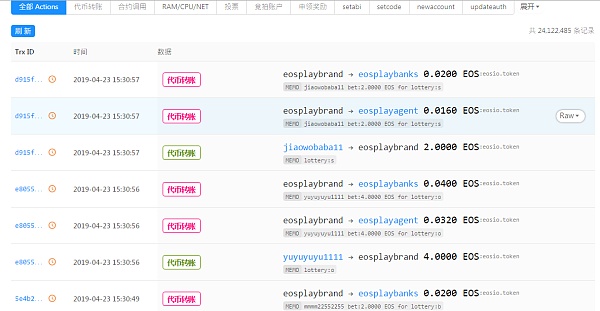 1. Operation is in place, paying attention to user rights

Being able to develop rapidly in many games illustrates the playability of the game and the benefits it can bring to the player. To survive for a long time, the team needs to operate. In the telegraph group of EOSplay, the atom finds that it has a lot of interaction with the player. For the benefit of the player will also be compensated, for example, users who can find platform game bugs can get up to 100 EOS rewards, has been issued multiple times. In addition, these behaviors in which the slot games have won 10,000 EOS awards not only greatly stimulate the user's platform participation and enthusiasm, but also enable users to create a sense of security that is guaranteed.

2. The team is experienced, safe and secure

According to the data query, EOSplay is the oldest game platform. The original biggest competitor is EOSbet, but EOSplay is the only one that has not been successfully attacked by hackers. For the phenomenon that many dapps in the market are attacked, dapp is safe. The problem is not only a necessary condition for the game to survive, but also the key to the prize pool. Coupled with the fact that it insists on not issuing coins and focusing on game technology, the team strength is relatively reliable.

As the first batch of Dapp, EOSplay is the first mover to use the EOS main network hash to draw prizes. From the craze to the market that is now becoming more rational and diversified, players who pursue more randomness and security have also achieved EOSplay, and its game mode has become the target of many platforms on the market, including the currency circle. Traditional platform. In addition, EOSplay has been docked with major wallet platforms, such as meet.one, TokenPocket wallet, wheat wallet, etc. The cooperation platform is relatively well-known, indicating that the partners agree to this project.

What kind of DAPP games do you like to play? Or want to evaluate what kind of game, message comments tell the atom, the atomic game experience will be presented to everyone for the first time! The miners’ income is high, and the total revenue of bitcoin mining has reached a record high of 14 billion US dollars. 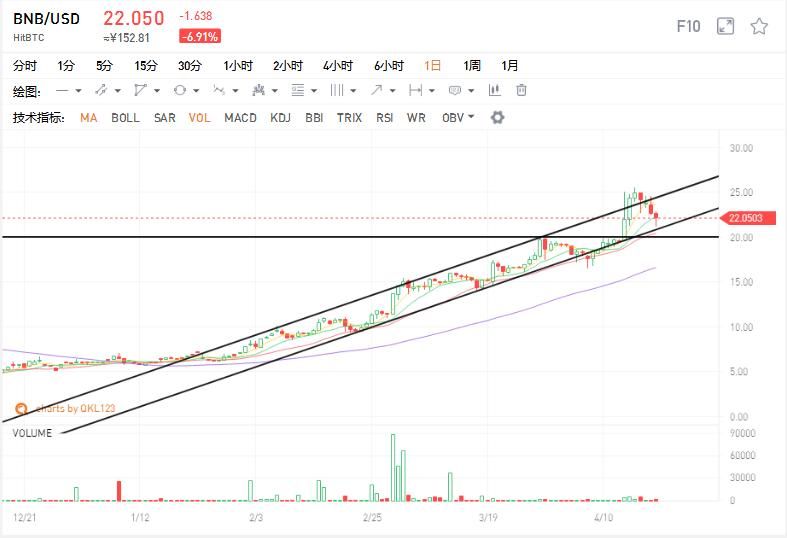