On December 7, CFTC released the latest weekly CME Bitcoin Futures Weekly Report (November 27-December 3). Bitcoin rose first and then fell in the statistical interval. Although this round of rebounds in the cycle is more than the most recent one, The strongest wave of rebound performance in the month, but because the price has not been brought back above the 8000 integer mark, the market actually remained in a weak range and fluctuated.

After the number of total open positions (total open interest) rose sharply last week, the latest period of data gave up all the gains, and in the new period of data hit a new low since early November 2018, which has plummeted since 3554. To 2983, this kind of data change shows that after the rapid round of correction in the past, the market's brief outbreak of trading fever quickly cooled. From the point of view of the data, the positions of larger brokers have once again shown a clear trend of change. Long positions have risen sharply from 56 to 93, and short positions have fallen from 298 to 256. The number of open positions is still much higher than the number of open positions, but the performance of nearly double the number of open positions in a single week largely shows that the confidence of such accounts in the market outlook has slightly improved. In addition, after the previous round of corrections, the low and horizontal shocks of the market also caused the profitability of some short orders to a certain extent. However, the long-to-short position of such accounts is still significantly inclined to the short side, so it is not recommended to interpret the data in this period too much. 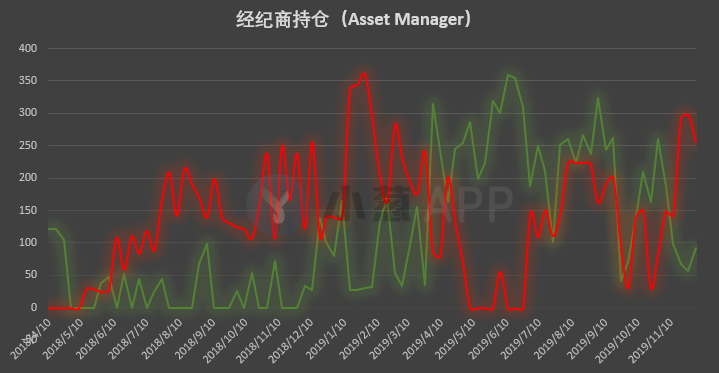 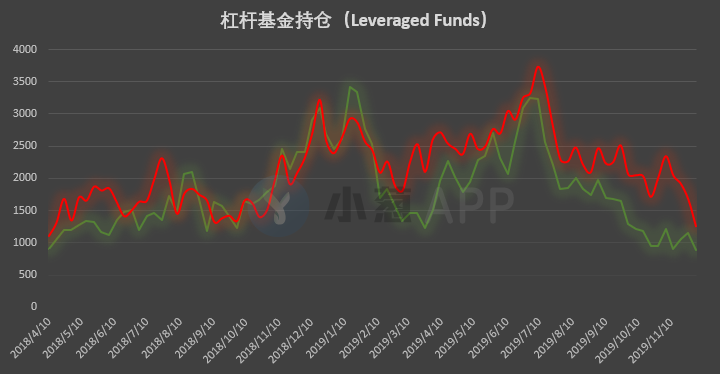 In terms of large positions, long positions fell slightly from 334 to 307, a record low of nearly half a year, and short positions rose further from 626 to 638. Short positions have not experienced this week's surge after last week's surge. The decline has led to a further rise, which has largely consolidated the bearish attitude of such accounts. At present, after the account holding ratio of this type of account is turned to headroom, the proportion of short positions has further increased, showing that large households generally believe that Bitcoin still has room for further correction. 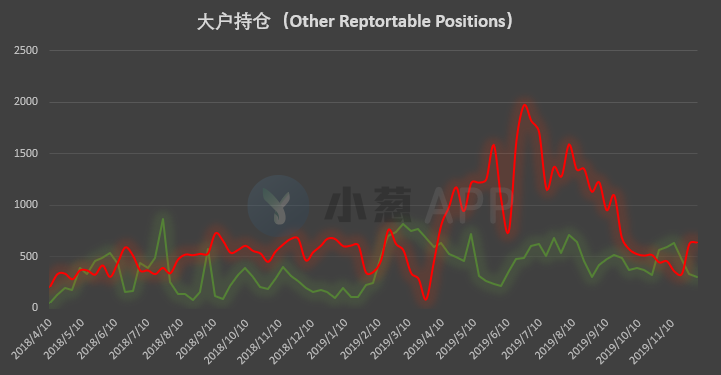 In terms of retail positions, multi-party positions decreased significantly from 1669 to 1486, and short positions increased from 659 to 760. In the latest issue, retail accounts have shown a very clear tendency of shorting, and multiple parties have reduced their short positions and increased their holdings at the same time. This change is rare in retail positions. As the “most optimistic” group in the market, the net proportion of retail investors has been declining in the recent period, indicating that investor sentiment in the contract market is accelerating to “maturity” and stabilizing. 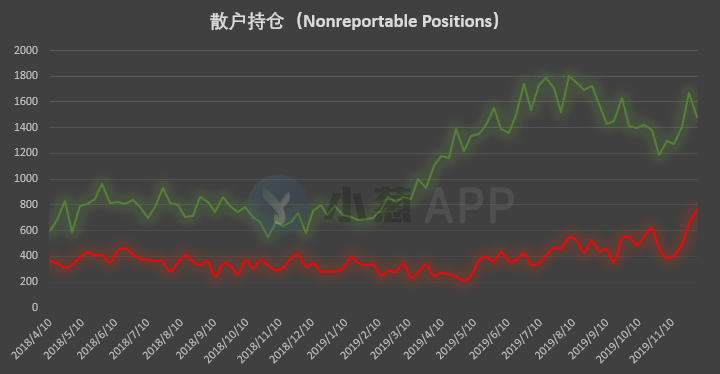 The position of Bitcoin contract positions on the Bitfinex exchange has changed very significantly in the last two weeks or so. Multi-party positions have not risen sharply in the past few months. There has been a sharp rise in the position. At present, it has hit the middle of February this year. It has reached a new high since the last 21-month high set in mid-February, just one step away. At the same time, short positions have actually declined in a short period of time. Therefore, the contract investors of the exchange have significantly increased their long positions in the weak shocks of the recent period. This shows to some extent the willingness of such investors to "bottom-sweep", but in the past several times there have been such extreme long orders. After the sharp increase in positions, the price performance is not satisfactory, so this may also become a "danger omen" for the market downturn. 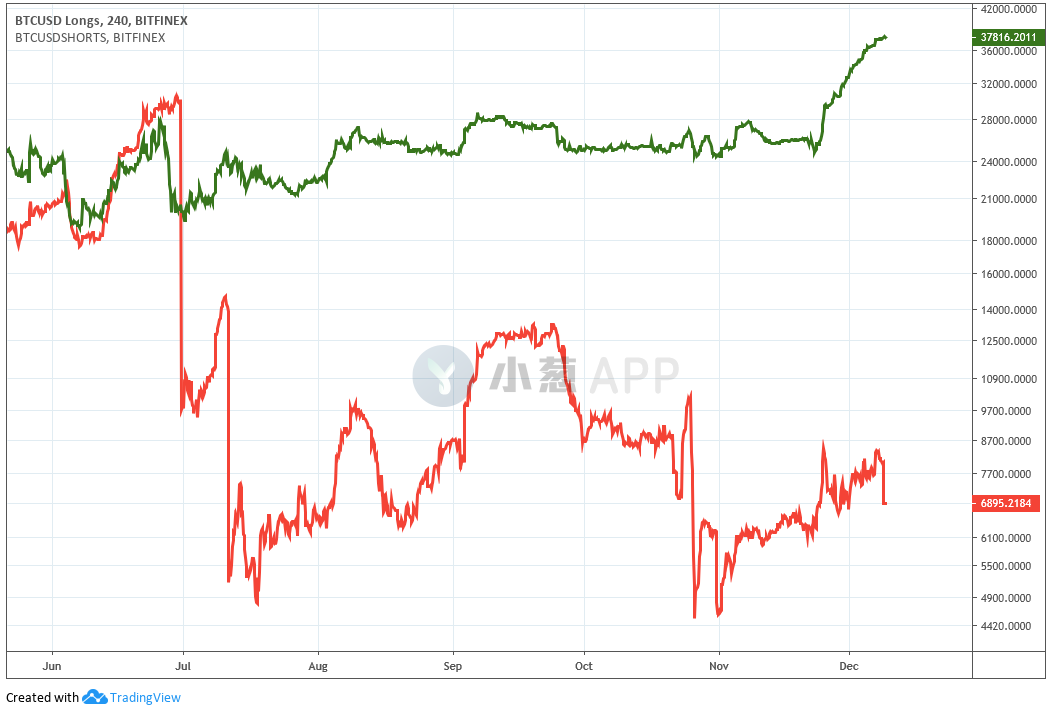 The official data of OKEx shows that the long and short net long position of the Bitcoin contract investors on the exchange has been broken. The market has maintained a position of more than one short position over the past week. The performance is similar to the change in retail investors' strong bullish attitudes shown in the CFTC contract weekly report, and the short-term trend of short-term investors has begun to focus on the short-term. This relatively balanced situation between the short- and long-term parties actually shows that the short-term price fluctuations continue to make the market The direction is becoming increasingly blurred, and most investors have now entered a hesitant state waiting for a new round of direction confirmation. This performance is very different from the extreme performance of Bitfinex contract investor positions. This delicate phenomenon deserves continued attention.