After playing "Catch the demon together", the encryption cat is also a good game called a game?

At 10:30 on Sunday night, I was eating watermelon, and the cell phone placed next to it suddenly shook.

Without saying anything, Lisuo's coat was put on his slippers and he went out. Look for the place marked in the game map to catch a rare demon.

Recently, I was fascinated by a blockchain game, "Catch the demon together."

I have always loved to play games. I used to play with my two colleagues. Now almost all the friends around me are playing, and some people who have not played games before are brought in.

Sharing the results of the demon spirit with each other has become our daily routine. 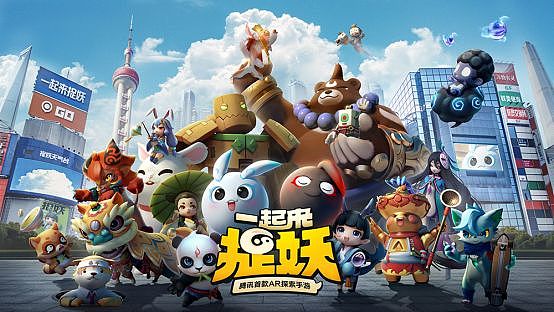 Pictures come from together to catch the demon official poster

On April 12, 2018, Cai Yongge, general manager of the blockchain business of Tencent, released the blockchain game codenamed "Catch the demon together". One year later, "To Catch the Demon Together" was launched on April 11th after the public beta was launched.

Players in the "to catch the demon" incarnate the spirit of the spirits, personally explore the real world around, collect the demon around. Inside the game map, various virtual demon spirits will appear for the player to capture.

Through the AR technology, these virtual demon spirits will appear in familiar life scenes through the screen of the mobile phone.

In terms of the nature of the game, this is an LBG (Location Based Game) + AR (Augmented Reality) game, the blockchain is just a "pend".

But because of this, the playability of the game is unmatched by the previous "chain tour."

Many people who have been actively paying attention to blockchain games will have a question. Why are there a lot of blockchain games, but can't get a hot game like "Glory of the King" or "Yinyang"?

The answer to this question is actually very simple.

The game won't fire, except for the trouble of participating in the chain tour, the most important reason is – no content, not fun!

Before the advent of "Catch the Demon Together", the most well-known chain tour was the encryption cat.

When CryptoKitties was officially launched, the players who used to stay on the exchange to buy and sell cryptocurrencies were shocked. At one time, players competed for admission and became the first phenomena-level application in the blockchain world.

After encrypting the cat, dozens of animal-developing games such as dongle, encrypted monkey, and encrypted fox appeared. Many chain tours are copying plagiarism, but the skin has changed.

These games are basically not produced by a professional game team. The internal economic cycle has problems, and the value system has problems. It does not make the in-game assets form a good closed loop. Why would anyone play?

Obviously, these games are mostly spinach and skinning. In fact, these players are not playing games, but playing coins. In essence, it is a game of drumming and flowering, focusing on speculation and weak gameplay.

No matter the player or the developer, what you care about is not how much fun the game is, but how much it can bring.

This stage of the blockchain game has a strong financial attribute, so strictly speaking, these "games" are just financial applications in the outerwear of the game, not a substantial game.

Catching the psychology of everyone is one aspect. On the other hand, blockchain games also want to improve the playability of the game, but the poor performance of the blockchain in terms of scalability makes its public chain transaction throughput always lower. The standard.

In the face of the huge user base and transaction volume of the game and the rich transaction types and methods, the transaction processing capability of the public chain is extremely difficult to use.

This determines that the current blockchain gameplay is simple and difficult to innovate.

Nowadays, "pure blockchain game" is seeking an application-level breakout, and the game of fast-changing content is also trying to make gameplay innovations. The demand of the two is coincident. The appearance just blew the horn for this trend.

For the problem of TPS, "Catch the demon together" chose to turn the blockchain into a "pendet" in the game.

In fact, it is not really a blockchain game (in the recent propaganda, there is no mention of the blockchain), because "to catch the demon" is the same as the previous Internet games, deployed in the cloud server.

The user's private key is delegated in the game operating platform system, which means that the game assets in the player's hands are not currently owned by the player, but are managed by the central organization. The general operating environment of the game is the same as the previous Internet games.

When the player level is increased to 22, the system will send a "exclusive cat". At this time, the blockchain will appear!

This "exclusive cat" is a digital pet based on blockchain technology and original genetic algorithms. Each cat will present a unique image and be exclusive to you. You can buy and sell cats in the trading market.

The role of the exclusive cat in the game is equivalent to the "inscription" in the glory of the king, which can provide various powerful increases in the character attributes of the game. The Royal Spirit can enjoy up to three cats' BUFF.

So a cat with multiple powerful genes will be invaluable.

When you need to pass information, you can throw the information on the bus, and it can be stable and not tampering. ”

Therefore, the transaction processing speed of the game "Catch the demon together" is completely unmatched by the general public chain . In addition, the operations such as pairing and transfer can also be handled by the internal chain.

For real blockchain games, tradability is a must and cannot be circumvented. Chain behavior cannot be tampered with. The resistance to defects is much less than that of centralized games. The games built on them need to be more incomparable. Rigorous design.

The big players and professional game producers who pay attention to gameplay and innovation are not willing to make games that are completely built on the blockchain. It is justifiable to think about it.

Blockchain is a good pendant

"Catch the demon" game is using Tencent's self-built alliance chain TrustSQL, which has been accused of blockchain heat (but this year seems to be more accurate in turn), this is the first step in the combination of the two, a lot of players Through "Catch the Demon", there are some blockchain concepts, and the blockchain also shows another role beyond the value of the game through the game.

Tencent has made a breakthrough in the combination of game and blockchain. "Catch the demon" is not a pure blockchain game. The blockchain is just a pendant. It has no inferior experience such as cumbersome and slow speed , and the player is In the game, I learned about the characteristics of the blockchain, knowing what state the cat is on the chain, what transactions are there, and experiencing market transactions and profit and loss on the chain.

Perhaps the combination of big game and blockchain at this stage should be this way, let players and the public slowly accept blockchain games, blockchain is a good pendant.

Tencent "to catch the demon…

Fed Chairman Powell: Bitcoin is likely to replace the US dollar as the world's reserve currency, and the current regulatory system is powerless to Libra.