Source of this article: "Talk" by Fenghuangwang Finance

Blockchain stands on the cusp, and the central bank's digital currency is poised for growth. On October 24th, the Political Bureau of the CPC Central Committee emphasized that blockchain as a breakthrough point in core technology plays an important role in improving people's livelihood, smart cities, and promoting the interconnection of information and funds. It also pointed out that blockchain is in the field of digital finance and digital asset transactions. Application still needs to be deepened. Recently, with regard to the development prospects of the blockchain and issues related to the progress of China's digital currency, Fenghuang Finance's "Qi Tan" column had an exclusive interview with Li Lihui, the leader of the Blockchain Working Group of the China Internet Finance Association and former President of the Bank of China.

At the same time, Li Lihui said that China is a leader in the research and development of fiat digital currencies. We have the world's largest retail market, and all our financial transactions must meet the requirements of high concurrency, large-scale and reliable profits.

So, after the arrival of digital currency, will it pose a threat to small and medium commercial banks? In this regard, Li Lihui said that digital currency may limit the initial credit capacity of commercial banks. In order to maintain market stability, it should maintain the existing operating issuance mechanism and adopt an indirect issuance model. Pictured: Li Lihui, head of the Blockchain Working Group of the China Internet Finance Association, and former president of the Bank of China

Broad prospects for the development of blockchain finance

Fenghuangwang Finance: Recently, blockchain as an important breakthrough in independent innovation of core technology has risen to the national strategy. What is the current status of China's blockchain technology and industrial development?

Phoenix Finance: What are the current application scenarios of blockchain?

Fenghuangwang Finance: Within five years, in which industry do you think the blockchain will achieve a major breakthrough?

Li Lihui: Some authoritative organizations in the world predict that the maturity of blockchain technology will take about five years. I think finance should be a very important field. First of all, there is a huge market for financial institutions, and secondly, financial institutions also have sufficient payment capabilities to carry out some investments and maintenance in the blockchain. So I think the future of blockchain finance The development prospects are quite good.

The boundaries of personal information are blurred,

In addition, we need to further improve the quality of the data. He must have sufficient authenticity, sufficient consistency, and sufficient reliability. How to make our data real, reliable, consistent and unified is what we need to do further.

Virtual currency doesn't have much prospect,

Virtual currency has two major flaws, the first being a technical flaw. Virtual currency is a decentralized platform based on the public blockchain. Due to the limitations of technical institutions, his running speed is relatively slow and his operating efficiency is relatively low. Therefore, he cannot cope with those high concurrency requirements. If this defect cannot be solved, it will not be possible to apply it on a large scale.

Second, virtual currencies are more importantly economically flawed. Generally speaking, virtual currencies such as Bitcoin do not have sufficient endorsement of trust, nor are they supported by real physical assets, so speculation is very heavy, which is why Bitcoin's rise and fall are large. Frankly speaking, I don't agree with everyone to invest in such virtual currencies, because he is too risky and cannot adapt to our normal payment or value transfer and value storage requirements. It seems more like a speculative tool.

China leads the way in the development of fiat digital currencies

Fenghuangwang Finance: At present, what position does China have in the digital currency field?

Li Lihui: From what I know, our research and development on fiat digital currencies should be relatively advanced. China has one of the largest markets in the world, especially the retail market. All our financial transactions, including fiat digital currencies, must meet the high concurrency requirements of our hypermarket retail business before they can be implemented and applied. Compared to these small countries with millions of people in Europe, we also have higher requirements for large-scale reliable profits.

Li Lihui: This mainly lies in your choice and ability to financial control. I think the emergence of digital currency is definitely a trend. As for when it will appear, if our technology can get high concurrency and can achieve reliable demand for scale, digital currency itself is a great advantage.

For example, his issuance cost is lower, and it is easier for the central bank to regulate the currency market. In addition, digital currencies can achieve controlled anonymous payments, which is also beneficial to consumers. At the same time, he is traceable, especially the central bank's digital currency tracking. Anti-money laundering can prevent illegal applications.

Fenghuangwang Finance: After the arrival of digital currency, will it pose some threats to small and medium commercial banks?

Digital currency technically has a possibility that it can be issued directly, and the central bank can directly issue digital currency to the public and issue it to enterprises without going through a commercial bank. With this possibility, the efficiency will be slightly higher, but in terms of the overall market structure of the currency market, it will bring a problem. That is to say, a part of the deposit will be directly in the central bank, not necessarily a commercial bank, and no deposit, or a decrease in the deposit, will limit the initial credit capacity of the commercial bank.

Therefore, I think that if China issues a relatively large legal digital currency, it should maintain its existing operating issuance mechanism and adopt an indirect issuance model to maintain market stability. Moreover, we have just started issuing legal digital currencies, and it is not possible to replace all traditional currencies. If one is issued directly and the other is indirectly issued, the connection between the two issuance mechanisms will be more difficult, and more importantly, Will disrupt and reconstruct the current currency market.

"Qi Tan" column introduction: Talking about laughter and giving birth to the world, laughter and scolding are all history. Kai Tan, a thought-provoking dialogue, focusing on hot people and recording the great era. Fenghuang.com Finance has created an in-depth interview column "Qi Tan", focusing on financial and economic hotspots in the big age, decoding the economy, exploring the essence of business, recording the story of the times and restoring multi-dimensional figures. 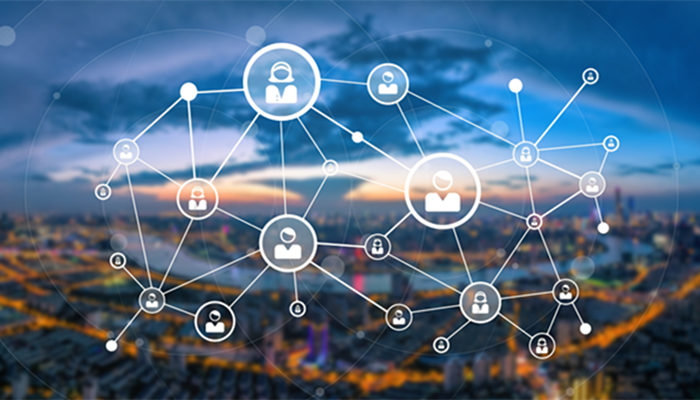