Recently, a cryptocurrency project called HEX is being promoted overseas. Richard Heart, a self-proclaimed "Bitcoin Thought Leader", has advertised the project on Twitter. The project is known as "$ 1 to buy Bitcoin", "2 The tantalizing return of more than 10,000 times in half a year "has attracted a lot of attention.

However, the project has been tweeted and criticized by Cobra Cobra, Adamant co-founder Tuur Demeester, Bitcoin core developer Jameson Lopp, and others. Crypto analyst Alex Krüger even bluntly stated, "Use two words to describe HEX: Stupid, greedy. HEX is the latest and useless ERC20 token. HEX's ongoing token sale has raised about $ 3 million in ETH, and its sole purpose is to increase value by attracting new investors. "

Recently, Goldman Sats published a analysis on Medium stating that this fair project is not actually "transparent." According to the project white paper, HEX promoters can even control nearly half of the tokens. For the publicity of the project, Goldman Sats Warn investors to be aware of risks and participate with caution.

What kind of project is HEX and what kind of lies are weaving? Why not participate in this project on the Richard Heart platform, which calls itself "Bitcoin Thought Leader"?

"The first high-yield blockchain deposit certificate", this is the official website's positioning of HEX. In addition, there is a small note that HEX is a free benefit for all bitcoin holders, and the speed of HEX appreciation will be "unprecedented."

"Most of the wealth in the world is created by preconceived people!" HEX stated on the official website that free and high-yield are the two cards played by HEX. According to the introduction of HEX, investors can exchange bitcoin and ETH for HEX, and can obtain high returns. 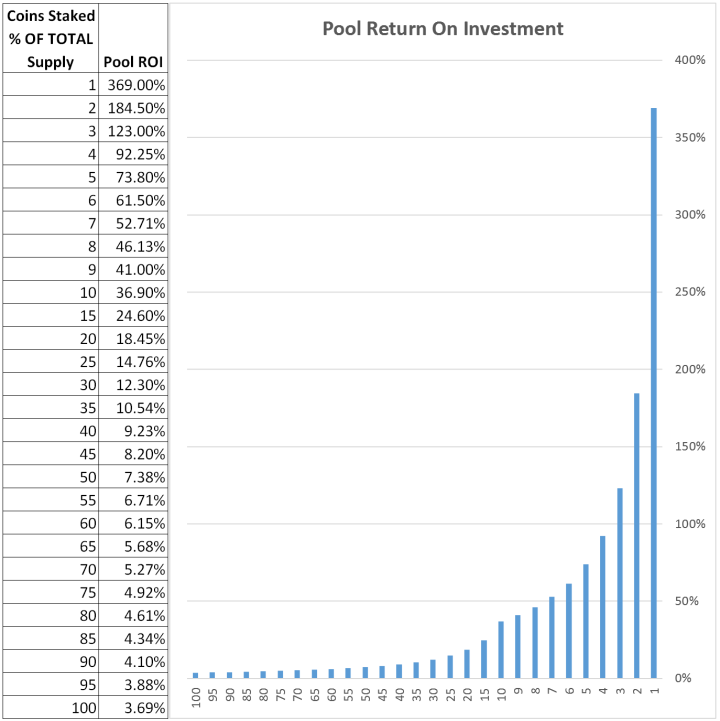 According to the platform person Richard Heart, HEX tokens are essentially fixed deposits made through the Ethereum network, and users can lock HEX for a fixed period of time (at least one year) to obtain a share of the remaining tokens in the pool, "if Bitcoin can replace digital gold, and maybe HEX can indeed replace digital time deposits. "

The participation method is: players holding bitcoin can exchange bitcoin for Ethereum. Investors need to send their own ETH to the designated Ethereum address to obtain the corresponding percentage of the day according to the percentage of total ETH participation on the day. HEX tokens. In addition, the project also designed to promote the gameplay, users who are recommended to get 10% reward, and recommenders will get 20% reward.

According to Goldman Sats' analysis, although the project claims to be "the fastest-growing asset in history" and even claims that "2 and a half years can achieve a return of more than 10,000 times", however, the project has operational "holes".

At present, the project has just been launched, and the entire distribution of HEX tokens will last up to one year, but Goldman Sats found that once investors leave the market early and meet the conditions for punishment, they will be charged a portion of the penalty, some of which will be collected by the team. Go ", the use is unknown.

Although this part of the information has been officially disclosed, if it is not a very attentive investor, it will not be found at all. This part of the information is very deep: first, you need to click the "Tech Specs" option on the official HEX homepage, and then view a hyperlink named "Advanced analysis of how HEX works." Under the "Code" sub-option, Then open a 22-page Google document called "HEX Contract in Layman's Terms", and then you need to read all the way to the bottom of page 14 of the document to find the following:

According to the document, half of the funds used as punishment will be given to the reward pool and distributed to investors participating in the HEX project, but the other half will be sent to a so-called "original address", which can It was the founding team that owned the private key that used the funds.

And such important information was not mentioned on Twitter by Richard Heart, the project site.

Goldman Sats analyzed in the article that the project received nearly $ 3 million worth of ETH on the first day of the project. As the address will be reset 352 days before, "Richard Heart's revenue on Ethereum alone may exceed 100 million USD. " According to the Ethereum address given by the official website, BlockBeats found that at present, the address of 0x2bXXXXeb39 has received more than 80 ETH, with a value of more than $ 10,000. According to the data in the HEX Telegram group, as of December 10, the project has raised more than 35,000 ETH, with a total value of more than $ 5.2 million. 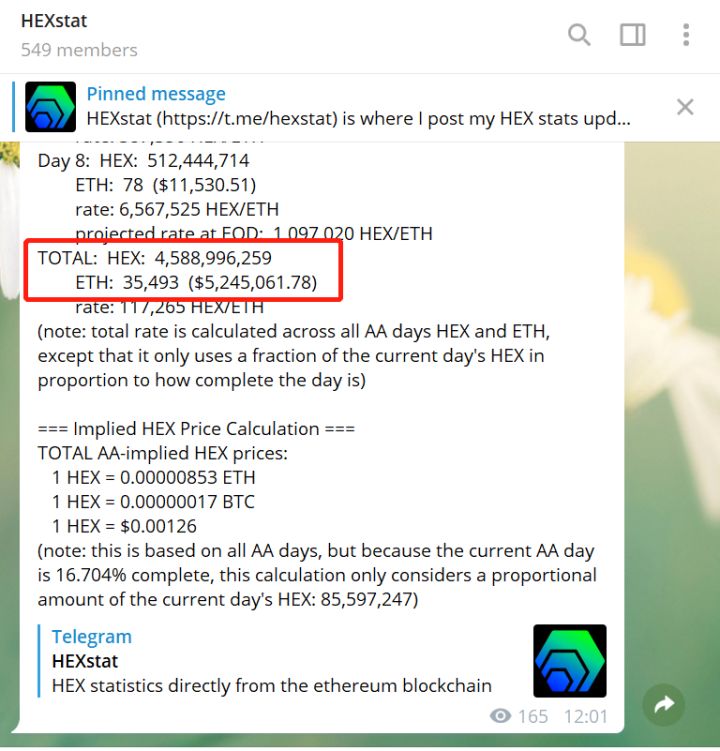 To put it simply, no matter what the project is going to take, as long as an investor enters the game, the founding team can "take away" half of the fine, which is a steady business. Once the project is suspended, or the road runs directly, investors will lose, and only the project party will benefit.

In fact, Richard Heart, who is blatantly a HEX site, is not a newcomer to cryptocurrencies and is said to be a serial entrepreneur, marketing expert and cryptocurrency supporter.

At the AIBC summit in Malta in November this year, there was a heated debate between chief scientist Craig S Wright and nChain. At the time, Craig was about to step off the stage, and Richard Heart, a self-proclaimed "Bitcoin Thought Leader," shouted, "Why are you cosplay Satoshi Nakamoto?"

Later, Richard Heart also asked Craig if he was Satoshi Nakamoto and whether he had written a Bitcoin white paper. If he was really Satoshi Nakamoto, why did he no longer use his BitcoinTalk account and other media accounts, and why he suddenly "stopped the project" Influence "and later appeared as a" bankrupt ".

Richard Heart's touting and self-promotion of the project is obviously not consistent with his previous approach. Since 2017, Richard Heart has criticized Zcash's token distribution mechanism for being unfair (Block Beats Note: Zcash will reward 20% of the new coinage to the development fund for 5 years).

In addition, he also expressed dissatisfaction with the current control of bitcoin by the giant whale: "Few people know that Satoshi Nakamoto has 6% bitcoin and the exchange owns 5% + bitcoin. Mentougou's stolen coins at that time accounted for 1%, even the Ponzi scheme Plustoken has 1% of Bitcoin. "

When promoting HEX, Richard Heart advertised the degree of decentralization of the project, hoping to redistribute HEX to small and medium currency holders to make bitcoin more equal. For the HEX project promoted by Richard Heart, the founding team actually quietly set itself up as a "hole" for the giant whale. This is obviously contrary to the "fairness" and decentralization he has always advocated. In addition, such a high degree of centralization, Obviously, other projects cannot reach it.

Today, many people have questioned "this is another Pond's scam", "completely a scam" under Richard Heart's tweet, and some even directly @FBI to ask the regulator to investigate the project.

From the perspective of gameplay, HEX seems a bit like the resonant currency that prevailed this year. It allows investors to exchange the mainstream currency they hold for the project's new currency, and sets different conversion ratios at different stages of participation. The conversion ratio is very divided. It is meticulous, even with a little hungry marketing meaning: the sooner you participate, the more HEX you exchange, the higher the profit space; the later you participate, the less profit. The rising participation funds and the declining HEX exchange ratio have further exacerbated this FOMO atmosphere.

In addition, the free of charge advocated by the project side is a bit like the Lockdrop (locking airdrop) that has been hotly debated, coupled with the promised high multiples. This comprehensive gameplay is very confusing for investors who do not know why. Coupled with Goldman Sats' analysis, if investors redeem in advance, they will be charged a part of the penalty, and half of the penalty will eventually be "taken away" by the founding team, and eventually this "giant whale" will control the entire project.

According to the official telegram information, HEX is currently valued at 0.00126 USD, but after checking the block rhythm BlockBeats, the token has not yet been priced on Coinmarketcap, and no exchange has been listed on the exchange. The price is true Doubt about sex and liquidity.

On December 9th, Adamant co-founder Tuur Demeester tweeted that in the current flat market, scams need to be very sophisticated to succeed. From this perspective, "HEX is probably the smartest, It is also the most compelling. "It is precisely because in the bear market, investors who have already been exhausted by the market are exhausted. They should be more cautious about such high-scoring" scams "to avoid being projected again. Routine, eventually lost everything.

The wave field cooperates with the Japanese government and promises not to push the gambling dApp to the country market. 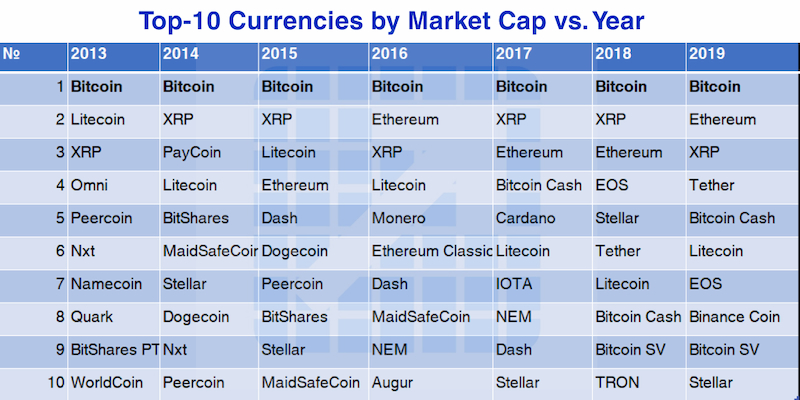 Former Coinbase Software Engineer: About 2% of Bitcoin addresses control 80% of Bitcoin in circulation

The results of the Ant Blockchain Innovation Competition were announced, and three projects divided 1.8 million bonuses.