Blockchain, as a type of underlying technology, is attracting more and more applications to explore with the support of policy winds.

At the 2019 Future Business Ecology Link Conference held recently, Zhu Youping, Deputy Secretary of the General Branch of the China Information Network Management Center of the National Information Center, pointed out that after 11 years of trial and error, the blockchain has basically been commercially available, and the industry has now reached an application explosion. Eve.

Wu Xiaochuan, a senior expert on blockchain development of Zhongan Technology, told a reporter from 21st Century Business Herald that the biggest difficulty of the current blockchain landing industry is how to map the physical world and the blockchain world one by one. This requires multidisciplinary efforts to solve them. . The Internet of Things technology is an important part of it. With the blessing of 5G, cloud computing and other technologies, it will bring more supplement and support to the application of blockchain technology in the future.

According to analysis firm Tractica, the global enterprise blockchain market size will reach $ 20.3 billion by 2025.

Compared with other underlying technologies, the blockchain has also experienced a relatively tortuous development process, and there is still a way to go in terms of integration with multiple technologies and the establishment of its own standards.

Zhang Xiaojun, the person in charge of Huawei's blockchain, pointed out in the aforementioned conference speech that today's blockchain technology is more like the development stage of the Internet in 2002-2003. If the relevant standards of the blockchain can mature in 2020, including cross-chain standards, storage standards, and standard data format storage can be achieved, large-scale commercialization will be accelerated in 2021.

"The biggest advantage of the blockchain is security. Even financial transactions with high security requirements can be completed here, but the biggest problem is low efficiency." Zhu Youping pointed out to 21st Century Business Herald that in 5G and even future quantum computing, With the blessing of technology, these weaknesses will be quickly filled.

"After the mature application of quantum computing technology, the speed of data packaging, transmission, and confirmation will be faster. This will complement the current short board of the blockchain and will not worry about the future of sacrificing 'decentralization' while considering efficiency. Zhu Youping said so.

Wu Xiaochuan further analyzed to the 21st Century Business Herald reporter that insufficient computing power will affect efficiency. It may only be related to the public chain. Under the alliance chain, efficiency is no longer a bottleneck. "Many alliance chains can actually complete efficient consensus. The more difficult point is the solution of issues such as scene selection and privacy. "

He believes that the alliance chain and the public chain will cross and merge in the future, and a new technology will be born. "The two chains will not be split. It is possible that other technologies will join to form a next-generation trusted value network."

The current cloud computing, which is in full swing, seems to contradict the development logic of the blockchain, but in the future, the two will also be better complemented and integrated.

In this regard, Wu Xiaochuan explained to the 21st Century Business Herald reporter that cloud computing is more about distributed under centralized power, and blockchain is decentralized distributed. The two advantages conflict. "But the blockchain can solve the problem of auxiliary cryptographic algorithms. When the computing power is not enough, cloud computing is needed to return the calculation results to the blockchain network, and then verify that it is indeed calculated in accordance with the original rules. From this development path, I think the two will be more of a relationship of assistance and complementation. "

Zhu Youping also pointed out to reporters that in fact, blockchain can be understood as the logic of edge computing. On the basis of cloud computing, an efficient and centralized computing platform, blockchain implements a secure distribution mechanism that combines security and high computing. With the combination of capabilities, many problems can be solved externally.

"Now 5G, quantum computing, and cloud computing technologies are gradually maturing. Multi-party technology integration will be the future direction, which of course also requires software to be slowly optimized," he said.

From this perspective, the blockchain is also expected to become an essential basic technology in the future. To this end, Su Xiaokang, head of application research and development of Weizhong Bank, pointed out to reporters, "As a blockchain practitioner, of course, I hope it integrates into every aspect of our lives like the Internet. From the actual situation, the popularity of blockchain is There is a long way to go. "

Of course, this is also the inevitable development of technology. The emergence of any new technology requires a long time to verify. "Blockchain has this potential to integrate with other industries and technologies. I hope that blockchain can become a social infrastructure in the next 10-20 years."

Exploiting application opportunities such as the Internet of Things

However, under the long technological development cycle, the application based on the blockchain has also slowly taken root. Finance and insurance are among the first to embrace this technology, and major manufacturers with Internet genes have followed suit in recent years, including some game companies trying to enter.

However, it will take time for the blockchain to truly have an explosive impact on specific industries. The latest 2019 blockchain technology maturity curve released by research institution Gartner shows that the blockchain has entered a trough period of bubble burst. With the advancement of technology and the continued popularization of unique practical applications of the blockchain, the market will leave this stage in 2021.

Among them, the technology in its infancy stage includes blockchain applications in specific industries such as oil and gas, retail, advertising, media and entertainment. Expected technologies include logistics and transportation, communication services, and smart contract applications, including regional applications. Technologies such as blockchain, cryptocurrency mining, and distributed ledger are in the trough period of a bubble burst, and will move towards a steadily climbing recovery period in the short to medium term.

In the current industry, the Internet of Things is a market that is generally optimistic. Essentially, the two have similar operating logic.

In view of the fact that the Internet of Things is also composed of sensor connections distributed in various scenarios or links, at the same time, mechanisms such as mutual trust and privacy need to be established between scenarios. It can be seen that in the future this will also require blockchain technology as the underlying communication protocol support.

"I personally think that blockchain can drive new business models in both the data exchange and the Internet of Things industry." Su Xiaokang pointed out to the media that the future is the era of "5G + Internet of Things", which extends many scenarios and models. The technical characteristic of the blockchain is to act as a connector for multi-party collaboration. "Blockchain + Internet of Things" may be a future direction. For example, in smart cities, smart communities, and smart homes, there will be combinable scenes. "This is also an area that I think is more explosive."

In addition, the privacy protection and exchange of data. He continued that as more and more data is being generated in various industries, people's demands for data privacy protection are becoming stronger and stronger, and government regulations on related aspects will become more stringent, and companies and individuals will attach great importance to data. Access mechanism, blockchain also has many possibilities for development in this regard.

Wu Xiaochuan pointed out that the mapping between the physical world and the blockchain world is currently a major difficulty. "After the mapping problem is resolved, it depends on whether there are explosive products, and if so, it can be overwhelming." What is coming is how to solve the privacy problem in the connected world, which requires the assistance of multiple technologies such as 5G networks and algorithms, and it may also form the next generation of trusted privacy protection protocols.

Xinhua News Agency: What is the blockchain of the screen? A large-scale application of a "very creditable" technology still faces challenges 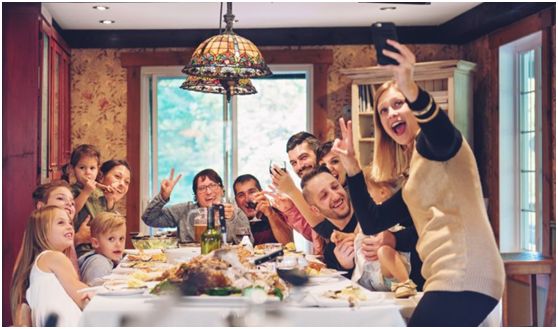 Interview with Li Ming, Ministry of Industry and Information Technology: How to Understand the Value of Blockchain