Recently, many governments have successively introduced favorable policies, provided supporting infrastructure, and laid out industrial blockchains. While empowering other industries, government departments are also becoming "customers" of the blockchain, such as applying the blockchain to government affairs systems. As early as July 2017, Beijing issued the "Implementation Plan for the Promotion of Beijing Municipal Government's" One Netcom Office "Work Plan, which explicitly proposed the application of blockchain technology to government services, demonstrating its approval for this technology.

In the past two years, the application of blockchain in the field of government affairs has covered many scenarios such as digital identity, electronic certificate, electronic bills, property rights registration, industrial and commercial registration, data sharing, public supervision, administrative approval and other scenarios. More than 40.

According to the statistics of the inter-chain pulse, in the last month, there have been 9 items related to blockchain-related procurement information released by the Chinese government procurement network.

For the government affairs system, as mentioned in the Information Center of the Ministry of Industry and Information Technology in the “ 2018 Blockchain White Paper '', with the use of blockchain technology, government departments can safely authorize relevant parties to access data, and record data call behaviors, resulting in data leakage. Effective and accurate accountability in the event, thereby providing a trusted environment for cross-level and cross-sector data interconnection and interoperability, and improving the efficiency of government services. 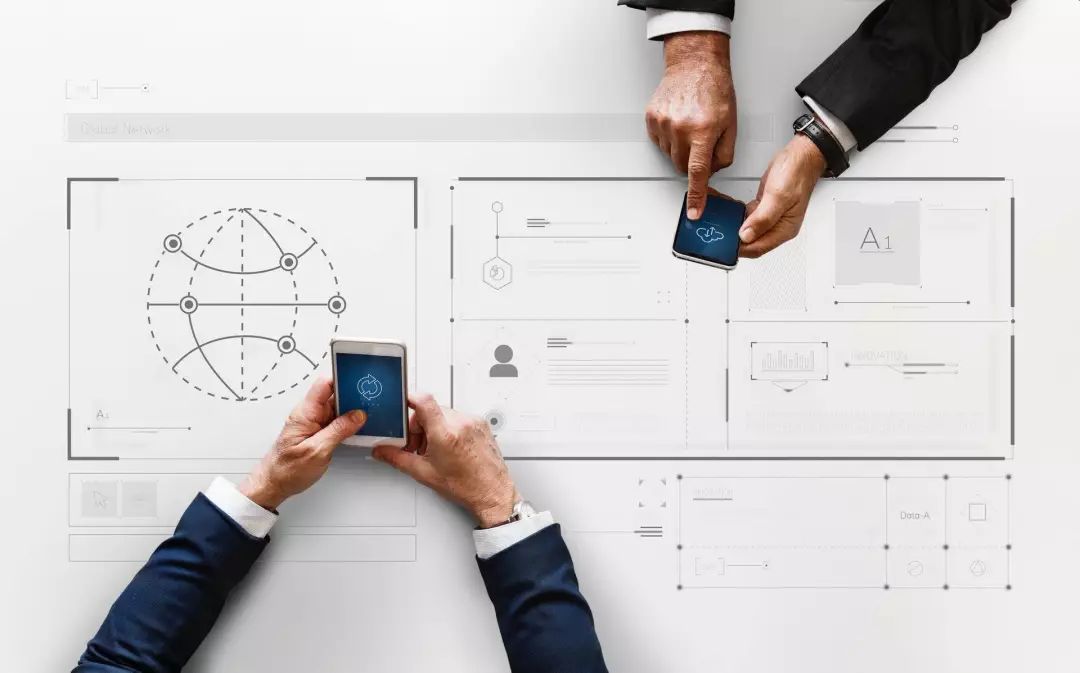 How difficult is traditional government affairs?

The "2018 United Nations E-Government Survey Report" shows that China's e-government development index EGDI is 0.6811, ranking 65th in the world, in a middle-to-high position, and there is a certain gap from the leading countries.

Domestic e-government is undergoing a phase transition from a departmental to a platform type. The goal is to build a one-stop government service platform across provinces, cities, and departments, that is, "One Netcom Office". However, current e-government systems still face problems such as data silos, poor security, and lack of supervision.

Technically, databases of different government departments are independent of each other, and information integration is difficult.

From a dynamic perspective, there are security risks in sharing data. E-government related information involves national security and citizen privacy, and if it is wrong or leaked, the consequences are serious.

In addition, the government system is often criticized for its inefficiency.

Traditional e-government activities require the manual assistance of financial institutions, regulators, and intermediaries. According to public information, to purchase a stock of second-hand housing in a city, transaction registration needs to submit more than 20 materials to 3 departments, and travel to the office hall 5-6 times. Even though some departments have moved their businesses online, citizens still need to download different apps for different businesses.

With the blockchain, the technical characteristics of its "encryption", "public ledger", and "smart contract" provide conditions for cross-agency interaction, privacy protection, and improved efficiency. Compared with the traditional platform, the blockchain-based e-government platform uses point-to-point encrypted transmission and "smart contract" rapid approval, so as to achieve the goals of cost reduction and efficiency, transparency and traceability, information security encryption, and breakthrough of information islands.

Take the transformation of the old city as an example, following the traditional procedure, it must pass through the urban management department, fire department, and urban construction department to the developer for about one and a half years. After being transformed by the blockchain, before the project is launched, hierarchical management authority, smart contract automatic distribution information, and online real-time approval information for multiple parties can be completed in half a year, while improving information transparency and traceability.

In addition to the vertical application of blockchain + a certain scenario, various localities and departments have also invested in the industry-university-research work of "blockchain + government affairs".

According to mutual chain pulse statistics, in 2019, there will be 22 industrial service projects. For example, in September this year, the Office of the Central Cyber ​​Security and Informatization Commission tendered for the "Blockchain Information Service Recording Service" project, and its work content is to improve the industrial ecological construction.

Speaking of which, many people may be curious about how so many blockchain government affairs systems are rapidly rolled out. In the 8 segmented scenarios mentioned above, the Odaily Planet Daily has specifically combed the fields of "digital identity" and "electronic certificate" and "electronic bill". Below we will mainly introduce the blockchain in data sharing and public supervision. Use cases in two areas of government.

Among the various types of data, the housing chain data is most widely shared on the chain. Wuhan, Guangxi Yulin, Pingdingshan, Henan, and Jiayuguan, Gansu all conducted tenders for the government application of housing provident funds.

After the introduction of blockchain technology, Xiaowang's deposit certificate is encoded and chained to ensure its authenticity. Now, as long as Xiao Wang applies for a deposit certificate in Alipay, the Sanya Provident Fund Center will get the authorization to query and verify the certificate on the chain. In this way, Xiao Wang's errands in two places and the trouble of manually exchanging information between the two departments are saved.

Since the 18th National Congress of the CPC, anti-corruption has been one of the main themes of political life. To put it into practice, the government's funds must be used for special purposes and the context must be clear. In traditional engineering projects, if the fund's direction is unknown, it may lead to subcontracts and unclear responsibilities and powers; misappropriation of funds will lead to delays in the construction period, hidden dangers in project quality, wage arrears, etc.

According to the relevant person in charge of Xiong'an Group, the project fund management platform combines BIM (Building Information Model) + CIM (City Information Model), and is a legal entity (developer, constructor, supervisor, operation) in the construction industry chain. Party) and individuals to provide digital identities to prepare for the on-chain.

After the project starts, each subject of the project needs to hold a private key to sign and confirm the circulation of funds and broadcast it on the chain. From this, it is clear at a glance which link the project funds go to, to whom, and when it is issued. 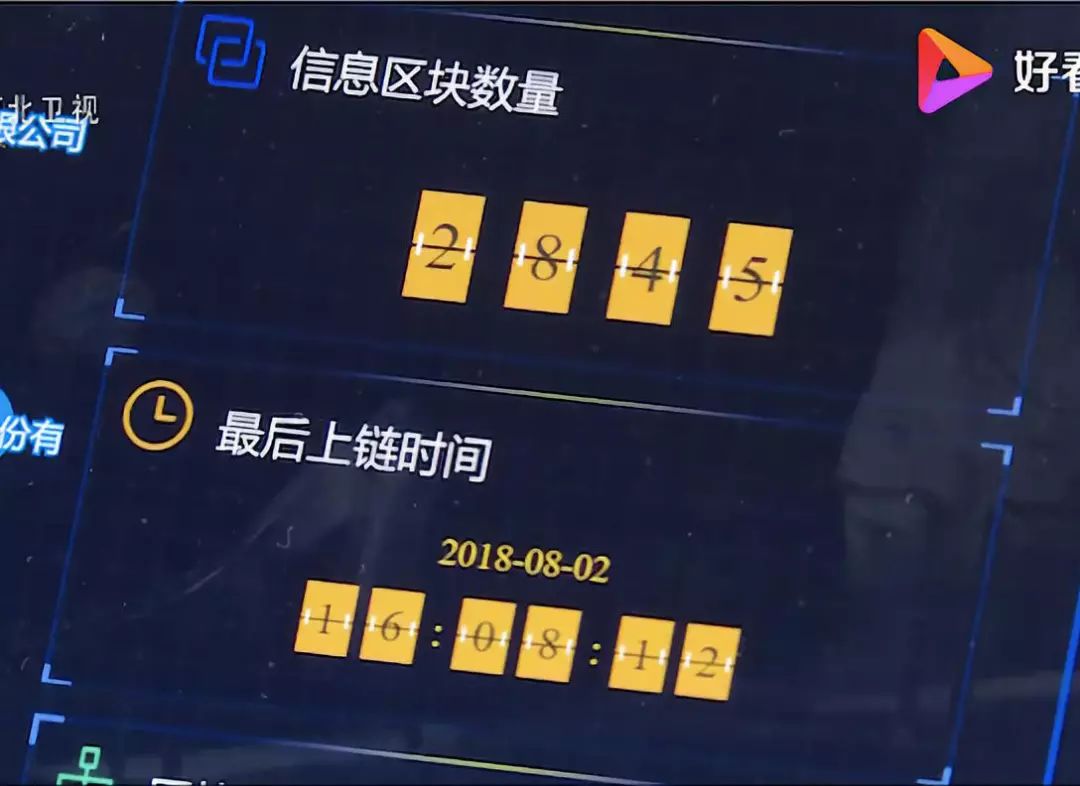 Since its operation in August last year, the platform has been connected to a number of projects, managed more than 1,000 enterprises, and managed about 2 billion yuan of funds; a total of more than 200 million yuan has been issued to 40,000 builders.

Outside of Xiong'an, the “Blockchain Sensitive Data Audit Platform” that Hunan Zhuzhou put into operation last year also uses blockchain technology to record the operation logs of various business departments and positions on the business database, thus tracing back to the data records and All links of the circulation, so as to prevent and follow up the operator beforehand, and improve the security of sensitive data.

Although many use cases have been implemented, compared to the entire e-government market, "chain + government" is still in a small-scale attempt.

For pioneers, it is inevitable to encounter problems in exploration.

The first problem is the particularity of the service object. As a special agency, the government has a large service group and a wide range of services, so it is extremely cautious when setting up and verifying projects.

The person in charge of "Nansha Administrative Examination and Approval Service Platform" and deputy general manager of "Government Affairs Chain" once said that the project lasted about 9 months from the project's establishment to the completion of the project. The project involves a wide range, including 19 government departments in Nansha District, covering more than 2,000 affairs.

Another difficulty is that the development of blockchain technology as the infrastructure itself has not yet matured.

Wan Lin, the founder of the government affairs chain, found in practice that the original bottom layer of the blockchain, such as Ethereum and the hyperledger, belong to the underlying system. The logic is relatively simple, and the smart contract functions are not complete. .

Nevertheless, as an industry insider said, the advanced and convenient government services affect the development process of the whole society, and we still cannot stop the pace of exploration.

"Government Bidding for Blockchain in the Last Two Years: Small and Micro Enterprises Are the Main Forces for Successful Bids, with a Single Amount Up to More Than 8.5 Million Yuan", Mutual Chain Pulse

Professor of Kyoto University: Research on blockchain can help deal with the huge changes brought by emerging technologies

He Baohong of the Institute of Information and Communication: The blockchain has completed market education in the past year and will need to develop into industry application scenarios.