The bitcoin of the previous day showed a rise of 5,500. According to the "rice law", the rise is sure to find a good. Then everyone flipped over and turned out the benefits of a dozen hours before the rise: 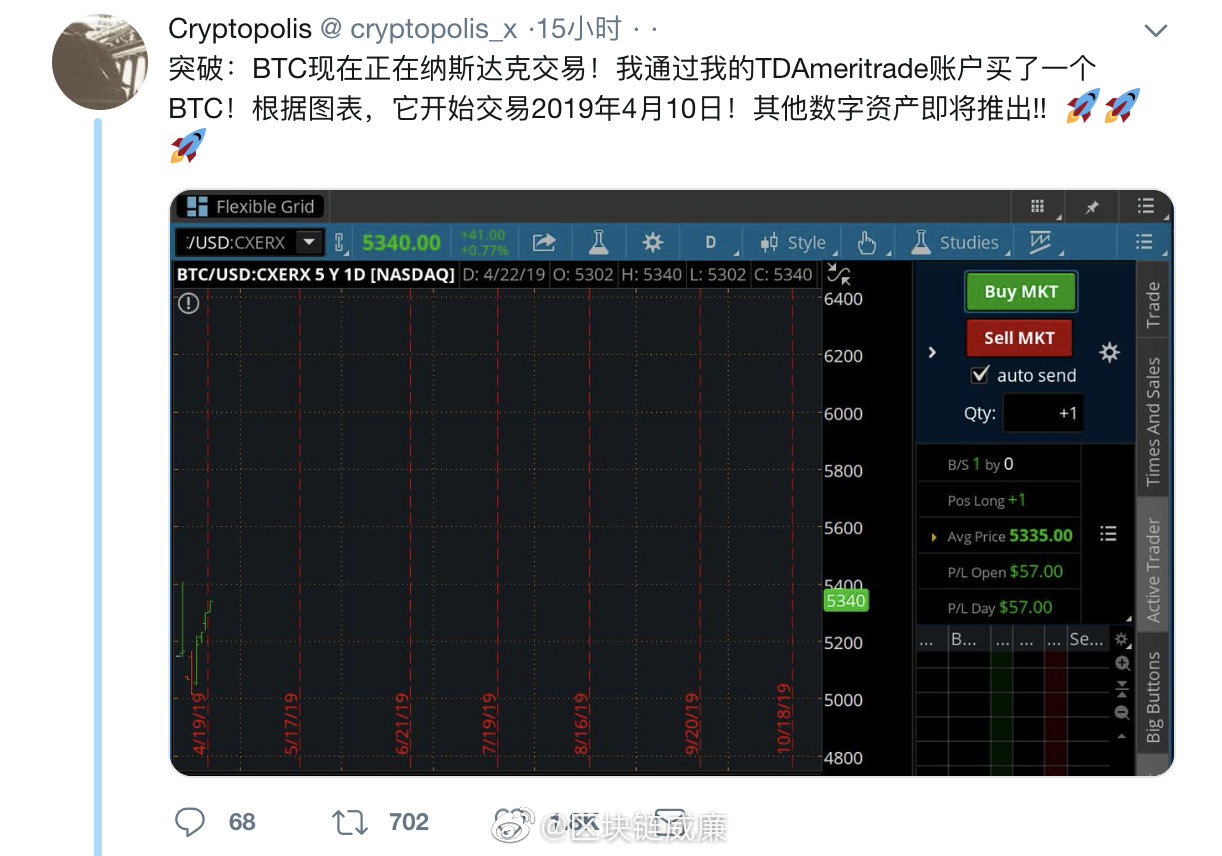 It sounds really good, but in fact it is just a test, everyone should calm down first.

Everyone knows that the biggest problem with the currency circle is that the volume is too small (of course, this is also the biggest opportunity). Everyone has the consensus that “the funds in the market are still insufficient.” In many cases, the trend has already come out, and the hot spots have also risen. However, due to insufficient funds in the market, it is difficult to get rid of the bear market’s haze.

In fact, when we say that the best news in 2019 is expected to come, it is generally said that the Bakkt exchange will go online and the ETF will pass. ETF believes that it is better to understand by bringing a bull market. The first is that there are examples of Chicago exchange futures, and the second is gold.

Why does Bakkt have such a large amount of energy on an exchange, which can bring a bull market to the currency circle?

In fact, Bakkt is not just an exchange, it represents a number of global giants including ICE (American Intercontinental Exchange), Starbucks and Microsoft: 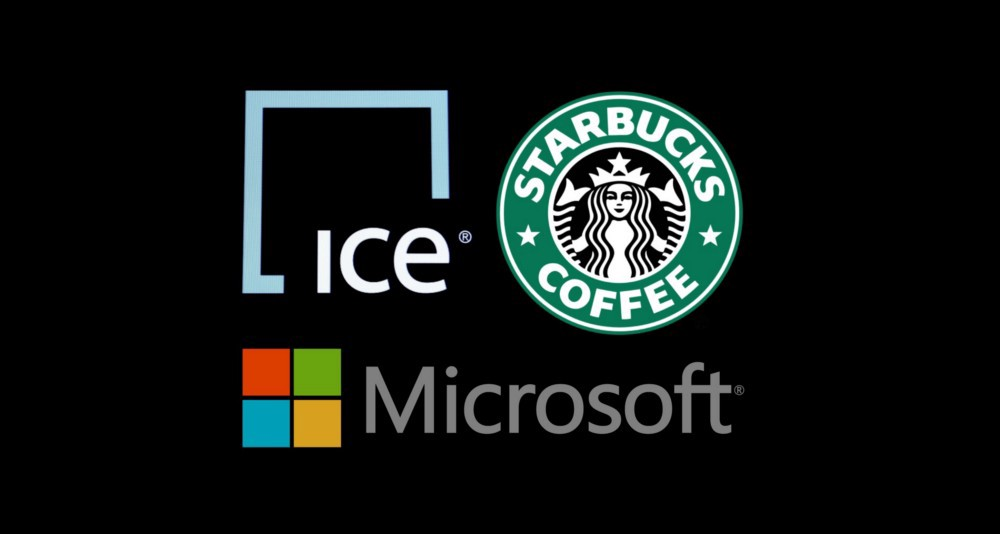 Therefore, Bakkt is on the line, representing a breakthrough in the compliance of Bitcoin in the US exchange, and also represents the direct entry of the real large-scale enterprises, because the Bakkt Angel round financing is close to 200 million US dollars, which is a terrible number. To know the current exchange money, the angel round financing in 2017 is only "ten million dollars."

Bakkt's starting point is high, and the background is good. When Li Lin, the owner of the fire coin, mentioned the exchange, his words are full of envy.

Therefore, Bakkt is: an exchange that will go to the next round of financing and will reach several billion dollars after the launch. The back of the company is the exchanges of big companies such as Microsoft, Starbucks, NYSE, etc., and there is no black history at all. "The exchange, a stock that is legally compliant from start to finish."

How much money can such a exchange bring to the currency circle? No one knows, but everyone believes that his launch will at least bring a painful rain to the long-lost currency.

And there are some "dreams" about the expectations of people with Bakkt and ETF. If Nasdaq can buy Bitcoin directly, it is a very "hard core" advantage, and everyone can understand the benefits.

Buying Bitcoin is the same experience as buying a stock, and it's on the NASDAQ, reliable, secure, and without learning costs.

It is worth looking forward to thinking about it. After all, for many people, "do not buy bitcoin" is indeed an obvious threshold.

In fact, the news of Nasdaq’s on-line bitcoin has not come out recently. As early as last year, Bloomberg has reported that Nasdaq will be on the line of bitcoin futures:

This is the case in the United States. Bitcoin is defined as a commodity and is generally controlled by the CFTC. In the case of securities, it is controlled by the SEC. Therefore, it is necessary to legally comply with the SEC. It is also necessary to pass the SEC through the CFTC. This is also the reason why Bakkt has been unable to go online because the unclear supervision has caused the online time to be unprotected.

And Nasdaq is the same, I believe that for the exchange, in the face of the upcoming bitcoin bull market (who is not sure, if it is really coming?), can provide a complete bitcoin service will be able to get very Large traffic.

Whether this traffic is a million or a tens of millions, it is an opportunity not to be missed, isn't it?

Finally, when the market gradually becomes compliant, the regular military admission will bring a big round of bitcoin, which may be the last chance for ordinary people.

When the bitcoin market has become a market that is as mature as the stock market, commodity futures market, and financial derivatives market, the opportunity and space for ordinary people to invest or start a business will be greatly reduced.

Therefore, Nasdaq, the SEC through the ETF, Bakkt, these 2019 everyone's bitcoin "wish list" on the wish will be realized one by one, the time is sooner or later. Everyone expects them to take a new step in the market size of Bitcoin, but also know that the opportunities and time left for ordinary people are getting less and less.

How to build a successful blockchain project community? 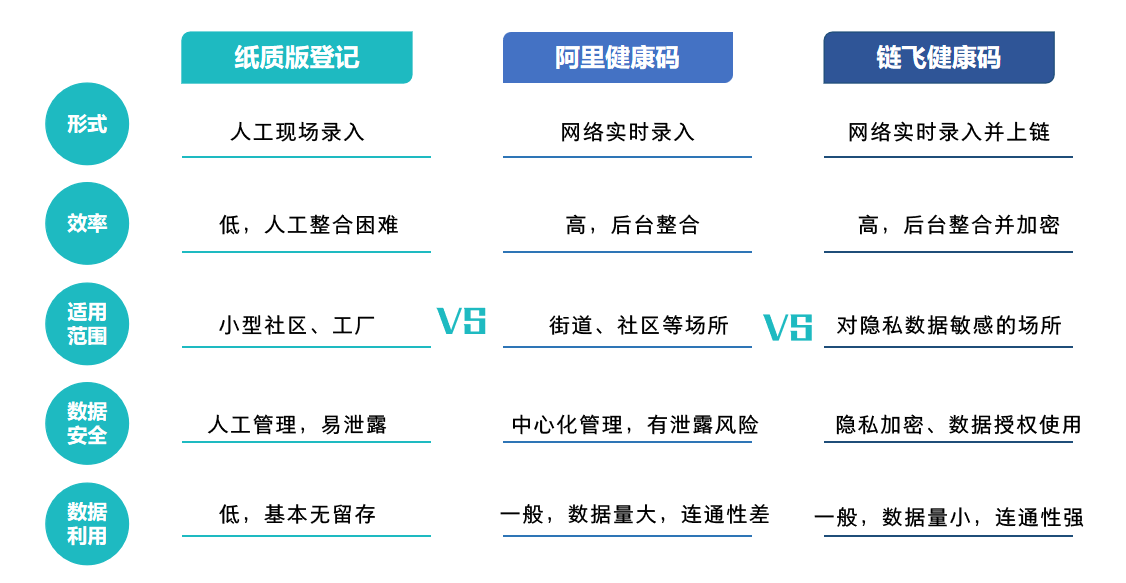