The bull market is not a point. The bull market is a noodle. It can be called a bull market when it blooms everywhere. The capital group is actually an act of lack of market confidence. This phenomenon does not disappear, and the bull market will not come. BTC's rapid diving yesterday successfully led to a sharp drop in the market. Most of the mainstream currencies have already broken down. We also mentioned some abnormal phenomena in the comments. Therefore, we suggest that you temporarily stare at the two main lines. The rise of the big faucet did not stimulate the popularity of the market, we should be defensive.

Funds are now basically concentrated in BNB and BTC. From the current market, the situation of falling and not rising indicates that they are currently a siphon effect on the market, falling out of panic, pulling up funds, if this assumption is true If it is, BNB and BTC will not break the downside in a short time.

BTC is stubbornly in the orbital line. We see that the killing is dominated by the target, but why is the target not broken? This is a question worthy of our consideration. The daily-level moving averages are long, the KDJ indicator remains at a strong area above 50. The macd indicator has not yet formed a golden cross. The kdj indicator has a divergence down the diver, and the indicator and the moving average deviate from each other. In the current 1-hour K-line chart, the trend of the target is a bit like the bottom of the W, but the volume of the right shoulder is shrinking, the shape is not reliable, or it will go up to the range of 5480-5490 USD. After all, the market is short. We are still mainly defensive, with $5,400 as the first line of defense. Effectively break below and lighten up. The second line of defense is around $5,280. It falls below the same lightening position. The final line of defense is around $5,170. Wait and see. 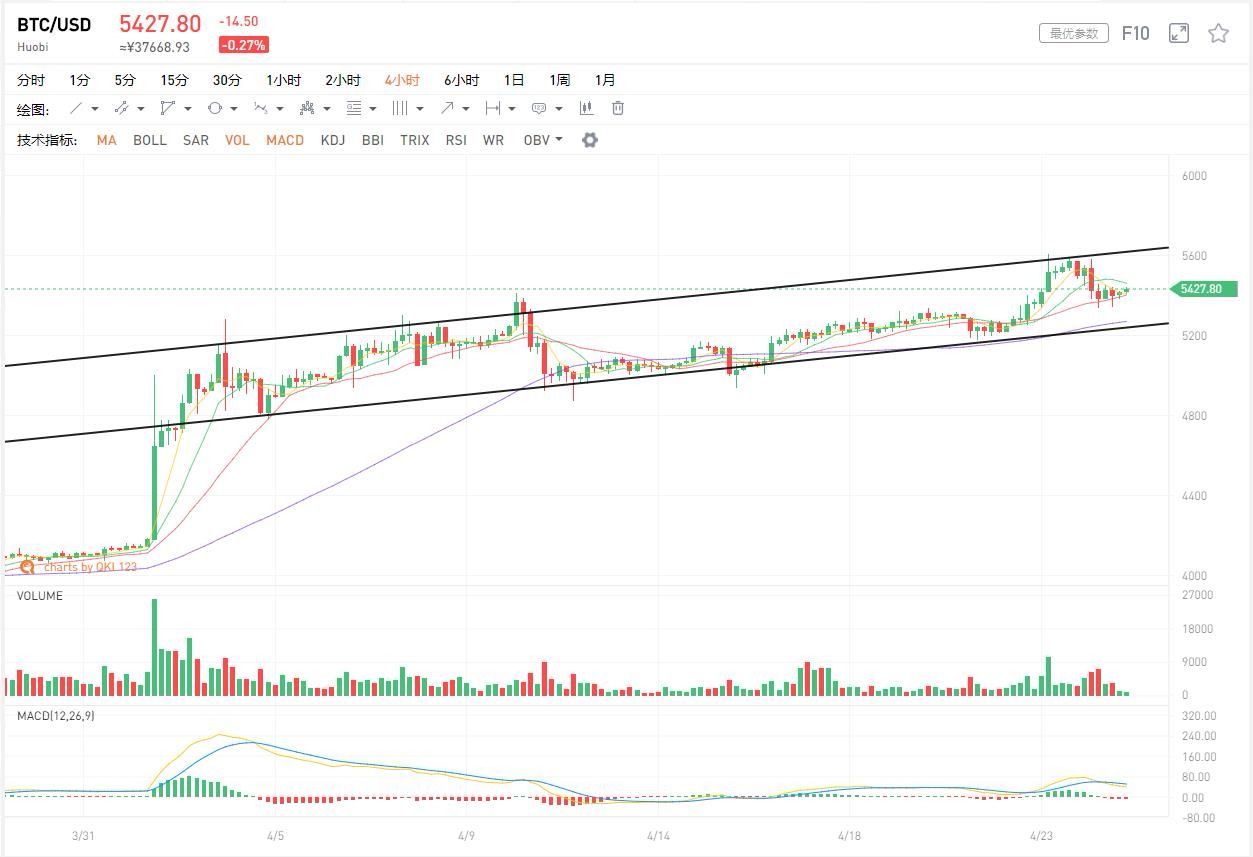 ETH is still oscillating around the 250-day moving average, and the moving averages are tangled in a trend-free direction. From the daily chart, there is no new low since the rise of the April 2nd, and the overall trend is not to follow the trend of falling, from the time-sharing chart. It can be seen that the early morning of the target began to quickly drop to the downward trend below. After receiving support, it began to pull back. Currently, it is blocked at the bottom of the 166 dollar tank shock. The rebound volume is not good, the trend is bearish, and the bearishness is 143-150. In the dollar range, the heavyweight station will return to the 166 dollar and continue to see the box shock.

On April 24th, Ripple released its first quarterly report for 2019. According to the report, Ripple sold $169 million worth of XRP in the first quarter of 2019, with sales to institutional investors of $61.93 million, a 35% increase from the previous quarter; Ripple's Q1 sales accounted for global XRP production. 0.32%; 3 billion XRP was released from encrypted hosting, and 2.3 billion returned to hosting. In addition, in Q1, XRP's average daily return volatility was 2.90%, the second lowest since Q4 in 2013. The report shows that the circulation of XRP has been increasing. It is a bad for the target. We admit that we have misread the target. It is now close to the lowest point of this year. The trend is very weak. At present, the target has gone through an ABC adjustment. It is still necessary to observe whether the wave is finished or not. It is recommended to wait and see. 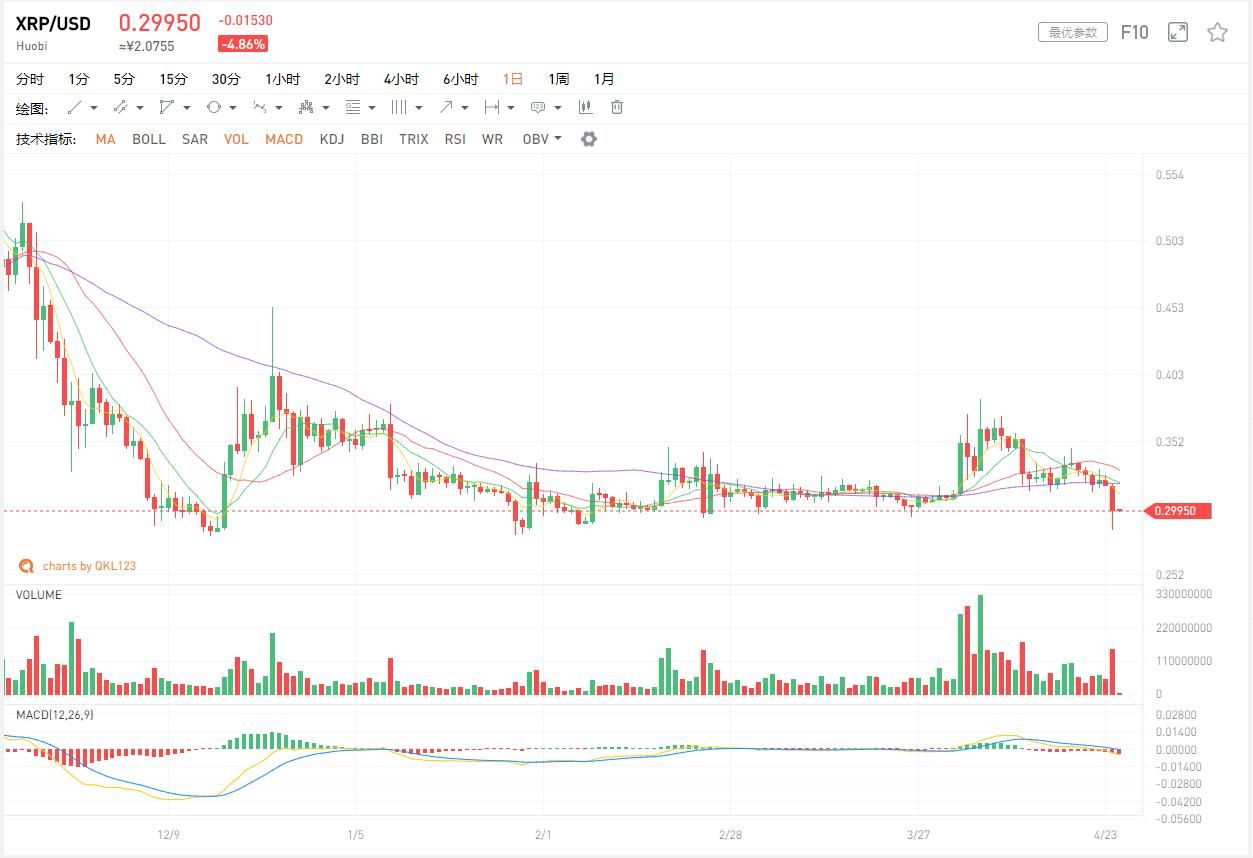 The short-term trend of BCH is not optimistic. The macd indicator is opening downwards. At present, the target is falling along the 5 antennas. We think that the target may return to the support of 248 US dollars, paying attention to the support of this point, and the volume continues to shrink. If the point is unsupportable, it may go down to a flag-like arrangement, and will further step back to 227 dollars. I think this point has strong support, so it can be sucked low, and the medium-term target still looks at $430. However, it broke $227, and the market ended, leaving the market to wait and see. 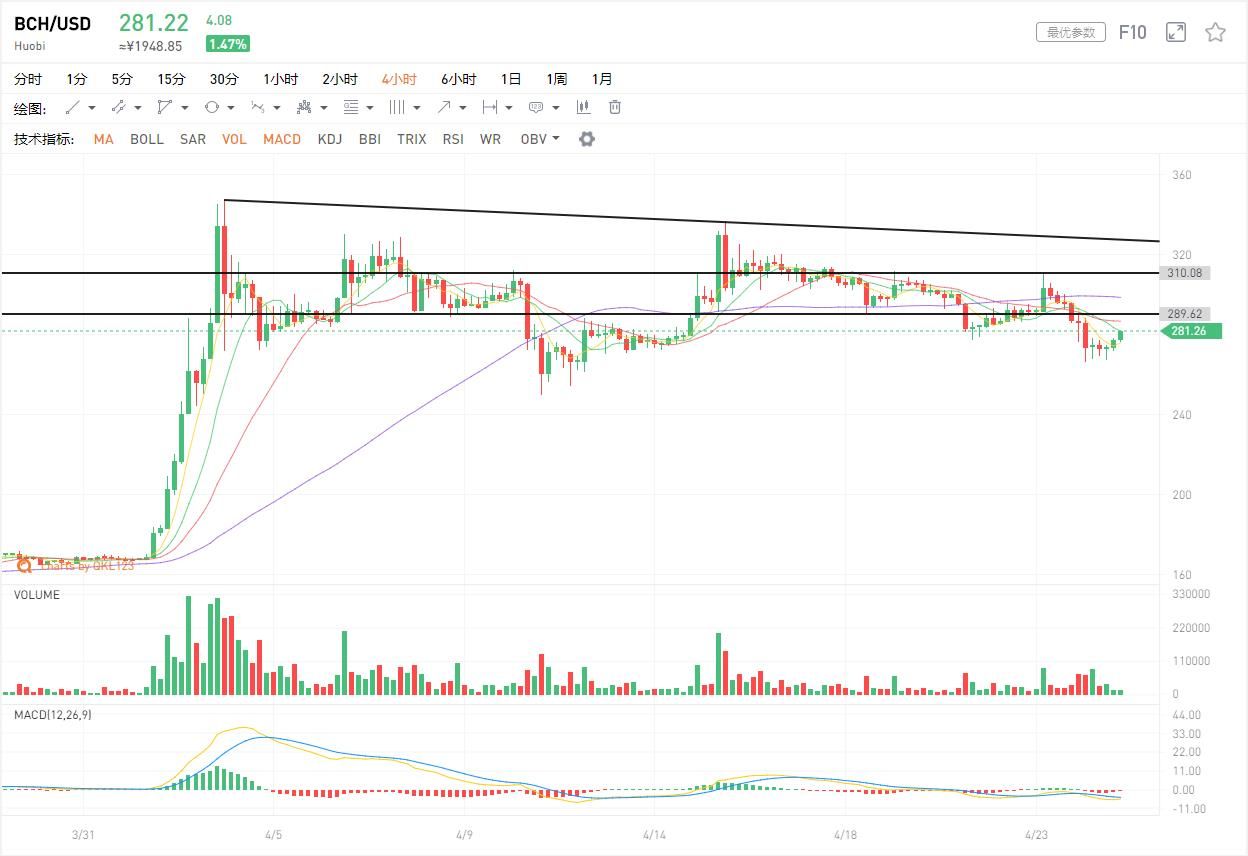 LTC also mentioned that the target has the risk of falling below the bottom of the box again. Now it has lost the important support of US$75. It may fall further to the strong support of US$62. The adjustment period is extended and the support near US$62 is strong. It is expected that At this point, it ushered in a decent rebound, and the defensive loss of $62 left the market. 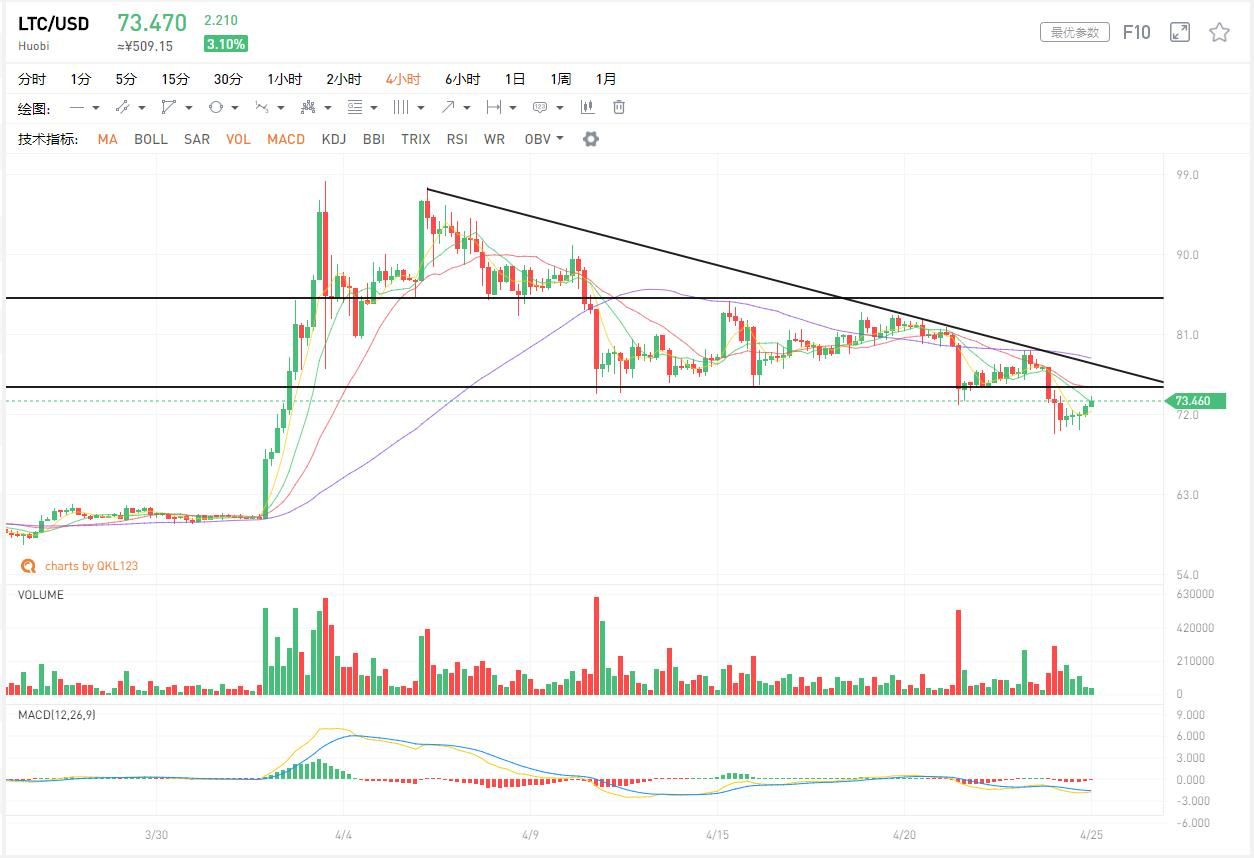 The short-term trend of EOS went bad, and the neckline failed to stand back. Then there was a sharp drop, the decline was large, and the risk was high. Currently, the pressure of 4.8 US dollars is being recovered, but the volume is rebounding. In a shrinking state, it will once again test the strong support area of ​​4.4 US dollars. This point can be low-sucking, and it will usher in a wave of rebounds. 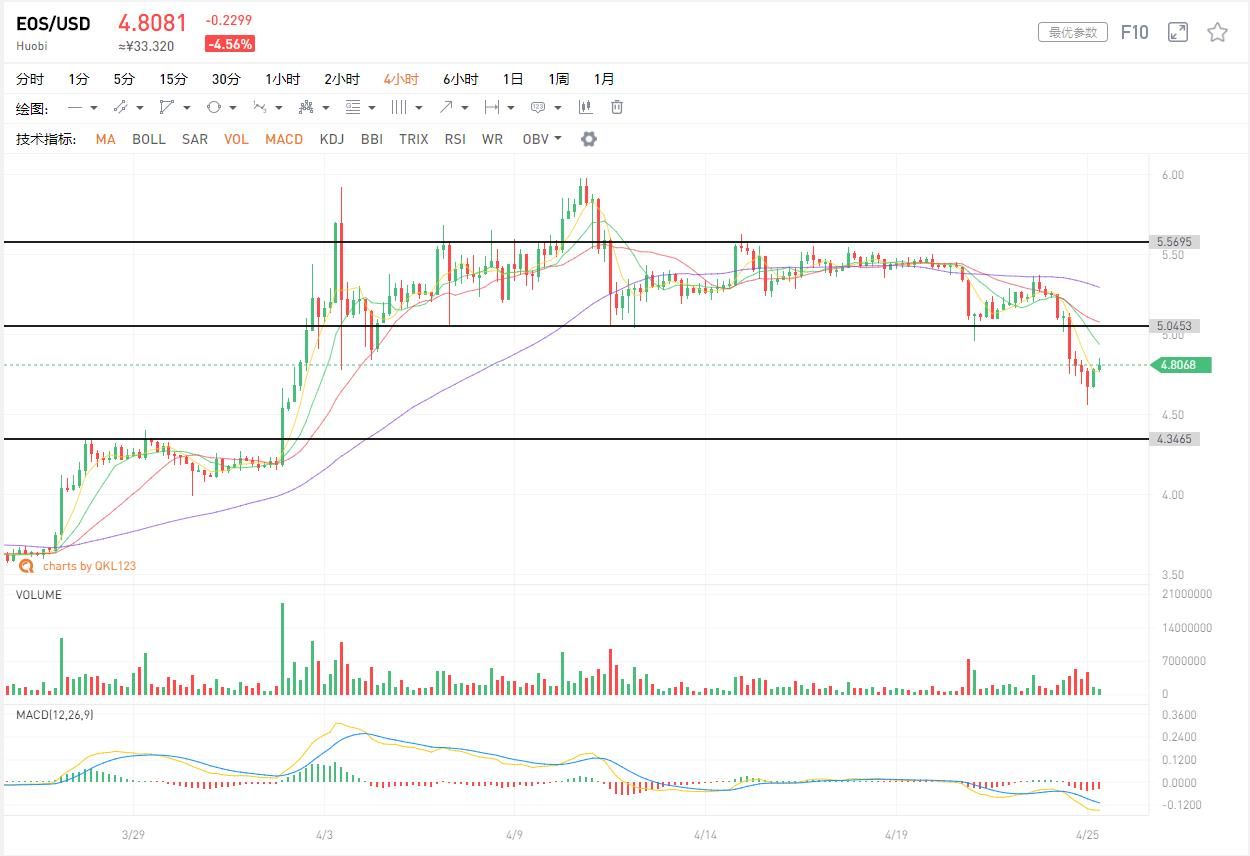 Judging from the current trend, BNB and BTC have not shown signs of large-scale breakage. Although BNB has broken the previous low of 22.45 US dollars, the adjustment range and period will be extended, but it is also running in the flag-shaped arrangement we have drawn. Within the orbital line, it can be maintained in the orbit for a period of time in the short term, and the long line of defense as the long position near $20. If it falls below, the short position will dominate the target and pay attention to the risk. 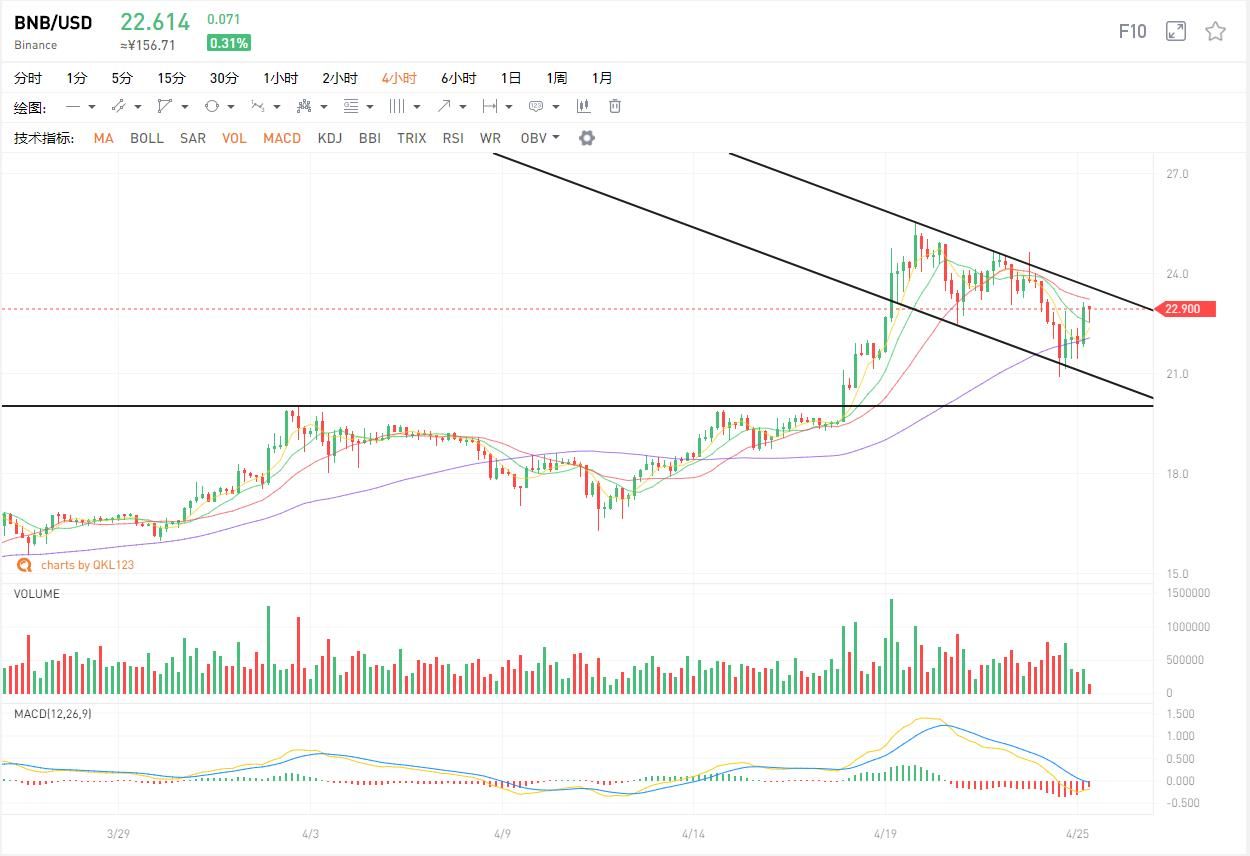 TRX's C wave crash is going on. At present, the 5 antennas are running fast downwards. The C wave's killing momentum is still very strong. What we want to say about this target is that either the violent heavy volume will end or the ground will be reduced. In the first case, the bottom feature is more reliable, because there is still the amount of land after the amount of land. At present, the target is falling along the 5 antennas, and there is strong support at $0.0217. It is expected that the point will rebound, and the strength depends on the transaction. Whether the volume is matched or not, it fell below $0.217 to wait and see. 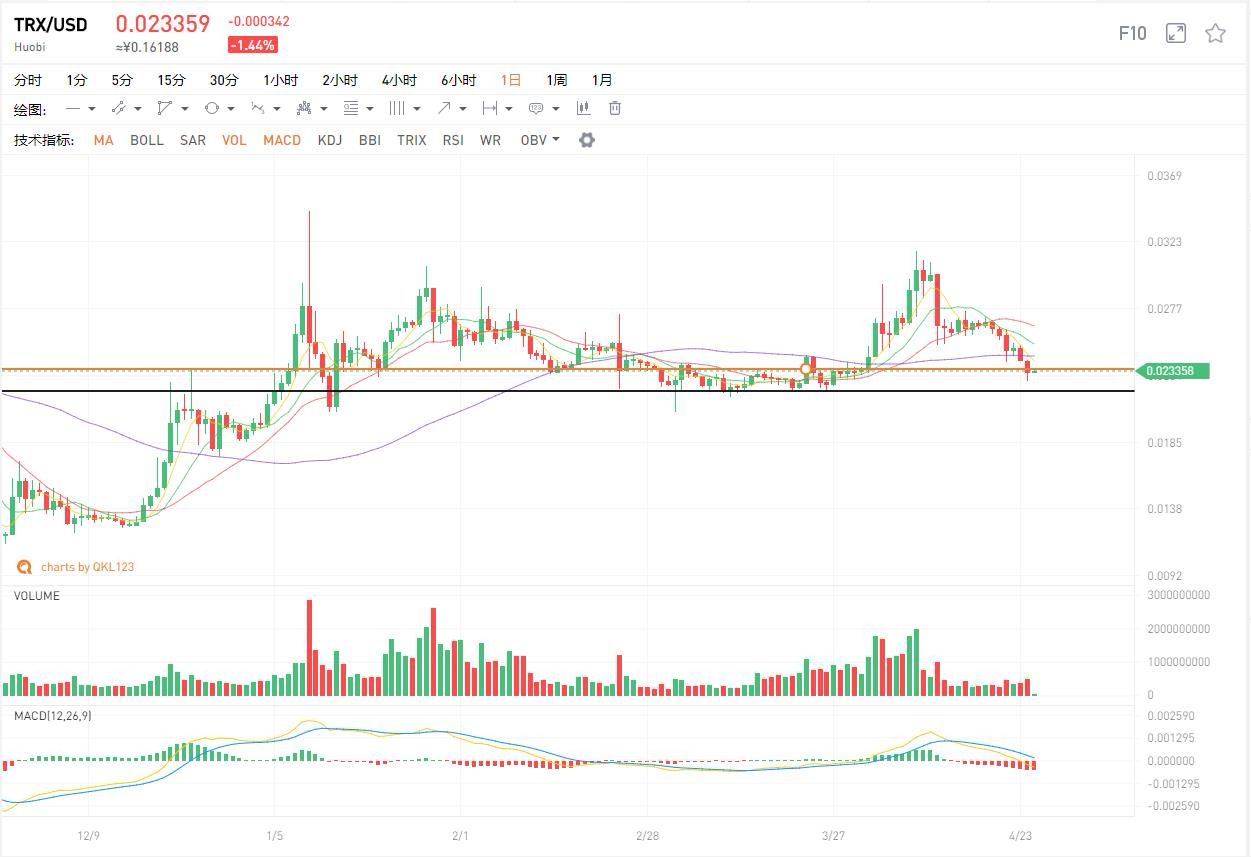 Lightning Lab Developer: Projects should do their own thing, not attack other developers or deceive people