According to The Block analysis, it is estimated that there are currently more than 70,000 Bitcoin nodes, but if only listening nodes (super nodes) are considered, there are approximately 9400 Bitcoin and 8200 Ethereum nodes; so far, it has the most The countries of Bitcoin and Ethereum nodes are the United States, followed by Germany, China, Singapore, and France.

In addition to public nodes, there are many other hidden nodes (non-listening nodes). These nodes are usually hidden behind a firewall and run through a hidden protocol like Tor, or simply because they are set to a state where they cannot listen. Therefore, it is almost impossible to track the exact number of nodes in the Bitcoin network, but some websites still count these nodes.

And because the listening node that is responsible for establishing connections with other nodes and passing messages through communication is a public full node, we can view the current situation from the public data.

According to data from bitnodes and ethernodes, there are currently approximately 9,400 Bitcoin super nodes and 8200 Ethereum super nodes.

According to the analysis of The Block, from the perspective of country distribution, the country with the most Bitcoin and Ethereum nodes is the United States (4,762), followed by Germany (2,690), China (1,595), Singapore (962) and France (780 )Followed by. Among them, Singapore easily leads with 171 nodes per million people; followed by Hong Kong and several European countries; Asian countries tend to favor running Ethereum nodes, while European countries tend to favor Bitcoin. 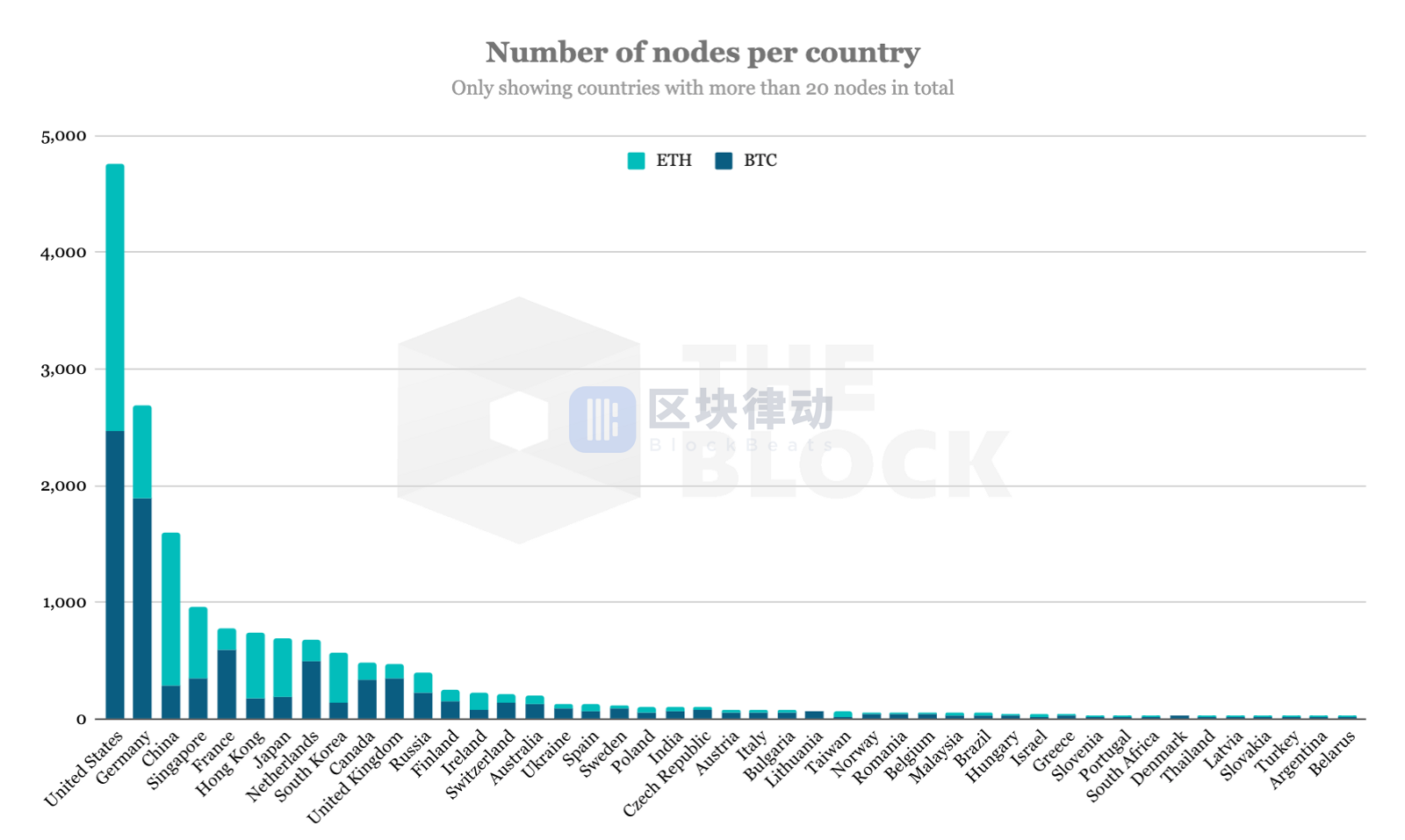 Interestingly, The Block found that the number of Bitcoin nodes as a percentage of the total number of nodes also varies widely between countries. Among them, Denmark, Lithuania, and the Czech Republic favor Bitcoin the most. Instead, China, Hong Kong, and South Korea are most inclined to Ethereum. Asian countries prefer Ethereum, while European countries prefer Bitcoin.

Block Beats Note: A network node is a joint point that can create, receive, or transmit messages. There are many types of Bitcoin nodes: full nodes, super nodes, mining nodes, and SPV clients.

Among them, the listening node or super node is a public full node. It is responsible for establishing links with other nodes and passing messages through communication. Reliable super nodes are usually able to run around the clock, can establish multiple connections, and transmit the update history and transaction data of all blockchains to multiple nodes around the world. Therefore, compared with hidden full nodes, supernodes require more computing power and better network connections.

Liu Lianhuan, Chairman of the Bank of China: The application of new technologies such as blockchain in the payment field will once again lead the industry change 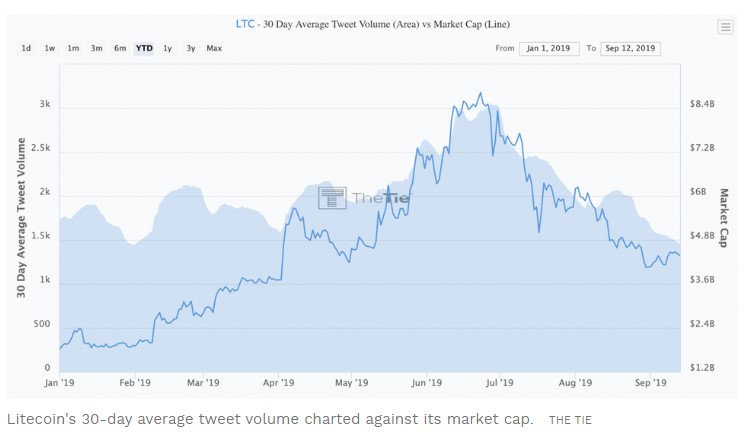