The Filecoin community waited for two full years, and finally looked forward to the launch of the project test network.

Filecoin, a decentralized storage project that uses the interstellar file system IPFS, has been wearing an aura since its birth. This project has completed $ 205 million in financing on COINLIST. In the past two years, the development team has repeatedly "jumped" the launch of the mainnet, and the project reputation has been damaged.

On December 12, the Filecoin (FIL) test network was successfully opened. Market funds and concerns are pouring in again, however, the development team's "jump ticket" history has long been a heart disease in the community. Some investors are worried that the official launch of the mainnet will be delayed again and again.

An official community official said that Filecoin will most likely use GPU mining. Miners who have been waiting for more than a year and hoarded CPU miners have encountered trouble.

At 1:55 am on December 12, the Filecoin (FIL) test network was successfully opened. According to the testnet browser, the test of the entire network has hit 6927 blocks, the average block production time is 47 seconds, as of 16:00 on the 15th, the network storage space reached 96.1TiB.

For this moment, Filecoin and IPFS protocol supporters have waited for two years.

The IPFS Chinese name is "Interstellar File System". This is an Internet protocol officially released as early as 2015. It is a global, point-to-point, distributed version of the file system. The goal is to supplement or even replace the current super-dominated Internet file system. Text Transfer Protocol (HTTP) connects all computing devices with the same file system.

With the expectation of "subverting the HTTP protocol", IPFS has been applied in some media and browsers.

Official sources show that both Filecoin and IPFS were created by the Protocol Labs, and Filecoin is an incentive mechanism for the IPFS system.

"Using IPFS, each node can store the data they deem important, but there is no scheme on the IPFS network that can inspire others to join or store specific data. Therefore, under the incentive structure of Filecoin, miners can prove by continuously storing data and encrypting it. Data storage to get rewards and improve the IPFS system. "

Thanks to the reputation of IPFS, Filecoin can be said to have a halo from birth. However, for the miner nodes waiting to be mined, the development process of Filecoin is really dare not compliment.

In 2017, Filecoin completed $ 205 million in financing on COINLIST. The netizen "POGO" who has followed FIL since 2018 is quite emotional. "FIL set a record for the financing of the currency circle at that time. In the past two years, the market has experienced many bull and bear conversions, but FIL has been quiet."

Now, as the project tests online, the discussions between Filecoin and the IPFS protocol have revived. In several Filecoin discussion groups, long-held silent supporters started bubbling, discussing the latest developments on the project from time to time.

Although the testnet has begun "trial operations", supporters who have been "swayed" for several times on the mainnet are still having trouble solving their problems. In the initial idea, the main online time of FIL was June 2018, but by August 2018, the main online time of FIL was changed to the second and third quarters of 2019. According to the latest FIL official announcement, the mainnet launch window has changed from March 23 to April 24 next year.

When the market funds were about to move, some investors said that the biggest risk was the project's main online time, "I'm afraid it will be delayed again and again."

Possibility of mining with GPU

In the context of the delay of Filecoin's mainnet launch time, the market's hype has always exceeded the development progress of the project.

From the project financing in August 2017 to 2018, ten miner service providers with the “IPFS Mining” label have appeared on the market. Such miners are using “minable Filecoin tokens” as a publicity point. Race to launch miners.

According to the public account "Beep News", as of June this year, the number of Filecoin miners sold on the market reached one million, and as a result, miners have made high profits. It is worth noting that Filecoin has never officially announced the hardware parameters of the FIL miner. This means that the miners can't wait to start the mining machine when the main network is not sure when it will be online and whether the mining machine can mine coins.

On August 28 last year, the Filecoin team reminded mining machine investors in the announcement that they should not purchase any specific IPFS mining machine until the official mining rules are officially released.

"We have not yet released the configuration rules for FIL miners, so IPFS miners on the market may become suboptimal or have unnecessary complexity."

Today, Filecoin's goodwill reminder from a year ago has become a reality.

On November 27 this year, a message announced by the Filecoin development team caused the community to fry. Official community administrator Why said on social media,

"In the next development network, Filecoin mining has basically determined that a graphics card (GPU) is needed." Filecoin team says it will use GPU mining

According to industry insiders, Filecoin's use of the GPU solution is technically understandable, and its white paper has insisted that it will use three mining methods, namely storage mining, retrieval mining, and block packaging mining. Among them, the bid-matching transaction is a calculation method with a small amount of single calculation but high requirements for concurrency. The GPU solution is obviously more in line with technical logic than the CPU (central processing unit). "
Awkward miners hoarding CPU miners
If Filecoin finally announces the use of GPU solutions, this will be a real blow to domestic manufacturers who previously sold CPU mining machines under the Filecoin banner. And the miners who bought the corresponding miners will also encounter more trouble, they need to modify the original miners according to the GPU mode.

According to the statistics of the public account "IPFS Miners Club", there are currently ten mainstream FIL mining machines on the market. These mining machine service providers have launched Leviathan P1 mining machines and Maya mining machines H2 with "diggable FIL" as the promotion point. , Hummingbird H1 and other miners use CPU mode.

In March of this year, Hao Liang (pseudonym) bought an "IPFS Interstellar Mining Machine F1", and the manufacturer claimed that "just plug in the Internet cable and you can open Fool Mode to mine Filecoin." For more than a year waiting for the FIL mainnet to go live, Hao Liang used it to mine SC, Storj and other tokens, but the returns were minimal. Seeing that the main line of FIL is on the horizon, Hao Liang's mining machine may face the embarrassment of being unavailable. "Now see if you can add a mining machine to a GPU slot. If it doesn't work, it will be a waste.

The same miners encountered by Hao Liang are not few, and the GPU mining model has also triggered discussions within the FIL community. On November 9, the FIL futures price was around $ 7.17, which was the highest price of the currency in the project for more than a year. As of 18:00 on December 15, the price of FIL had fallen to $ 3.71, a drop of 48% in the past month. Analysts believe that the decline in the price of the currency is related to the fact that the previously sold CPU machine miners in the market could not participate in Filecoin mining.

Every breakthrough in technological innovation hides huge dividends, and premature excavation of dividends often turns into deep pits, and those who blindly speculate become sand to fill the pits. It seems that the variables of Filecoin are indeed one of the risks.

The mainnet has bounced multiple times. Do you still believe in Filecoin? 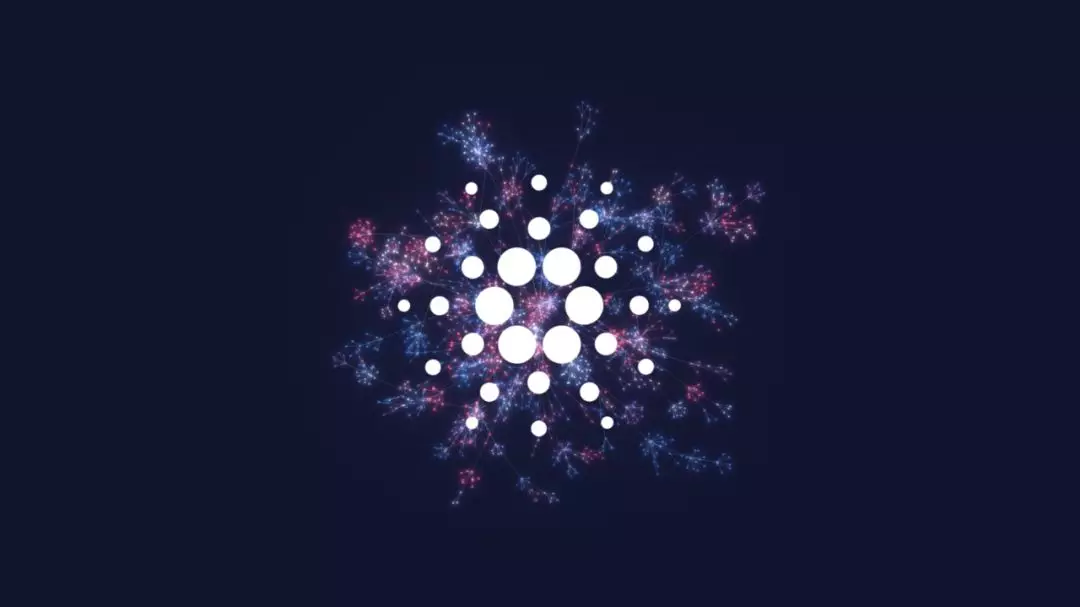 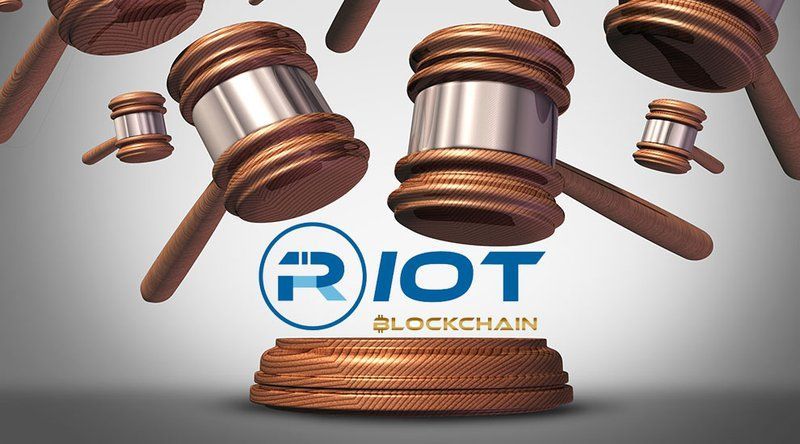 Interview with Tencent Cloud Block Chain Shaobing: Cloud is the plus item of blockchain

Research Report | The central bank will talk about legal digital currency, and the blockchain industry is expected to benefit? 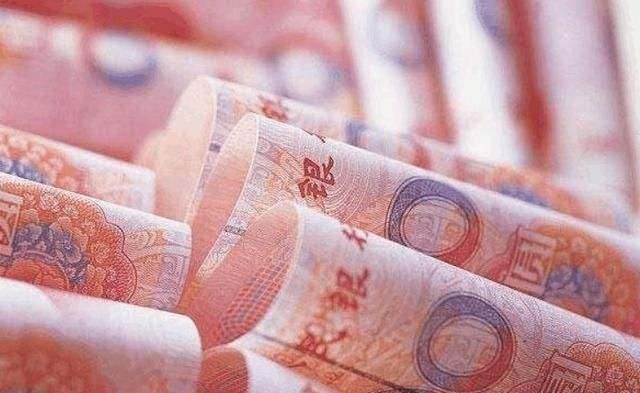 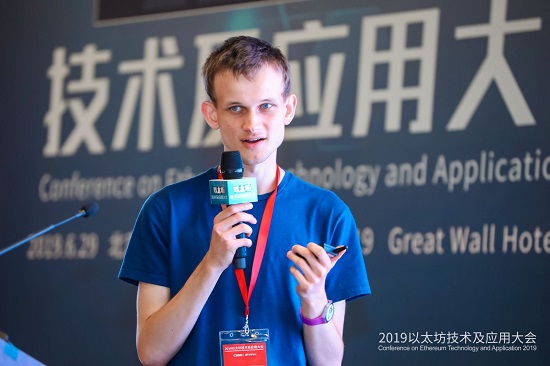