No matter in which industry, there are always some companies whose performance can far exceed the industry average profit level. This often benefits from the business model chosen by the company. In a nutshell, the business model is the core logic for an enterprise to create value. It not only refers to creating profits for the enterprise, but also includes the value provided to shareholders, customers, and even employees, and the overall corporate competitiveness formed on this basis. As the top traffic anchors of Taobao Live, Li Jiaqi and Wei Ya are redefining the business model of e-commerce and new retail. Live streaming with mobile phone screens can create billions of online transactions. According to media statistics, Taobao ’s top traffic anchors have achieved sales of 10 billion yuan in 1 minute 36 seconds and 50 billion yuan in 12 minutes 49 seconds. The spike ability is incredible, even breaking the 16.82 billion yuan in 10 hours 4 minutes 49 seconds Recorded the transaction volume of double eleven in 2017. Tmall double eleven is refreshing new transaction records every day of the day.

Li Jiaqi's live-streaming movie tickets are almost half cheaper than the original price. In just ten seconds, 255,000 movie coupons for "Meeting at the South Station" were sold out, and the score of more than 110,000 movie coupons set a few seconds ago by Vija Live Studio was comparable. Behind these huge sales is the result of bold application of innovative business models. The operator of a company must first see who its "stakeholders" are; analyze the "most concerned" of these stakeholders; and customize a win-win "transaction structure" to encourage the audience to participate actively. Low prices, discounts, gifts and other rebate methods are enough to attract buyers to stop and directly cause the phenomenon of countless consumers crazy. According to the Taobao Live List and Taobao Live Broadcasting's "2019 Taobao Livestream Ecological Development Trend Report", Taobao Livestreaming brought in hundreds of billions of shipments in 2018. At the same time, Taobao Livestreaming brought close to 400% year-on-year growth.

Compared with traditional Internet companies, the biggest difference between blockchain projects is that consumers will play completely different core roles in the blockchain ecosystem. Consumers are transitioning to different forms such as currency users, service providers, and miners, maintaining and managing ecological networks of different types of blockchain projects. Take Bitcoin and Ethereum, our most familiar blockchain landing projects, as examples. The construction of its user community and the sustainable development of its ecology rely on the support of PoW and PoS consensus mechanisms. Bitcoin selects the first solution through PoW workload proof. The miner with the question gives BTC reward, and finally the miner with strong computing power becomes the most needed stakeholder in the Bitcoin ecosystem; Ethereum uses PoS token mortgage to select the number of coins held and the duration of the mortgage to meet the ecological needs of the user to provide intelligence The programming environment of the contract, finally, the institution becomes a stakeholder of the Ethereum ecosystem by virtue of its financial advantage.

Behind the stable community structure and economic model, the consensus mechanism is strictly controlling the threshold of ecological entrance, maintaining the continuous provision of services, the reasonable distribution of data value, and network security. It can be said that in a trusted blockchain environment without third-party supervision, the consensus mechanism plays the sacred role of "invisible judge".

In addition to the functions of search, navigation, and recommendation of surrounding facilities, Internet map companies have also added a wealth of rich map usage functions to continuously broaden the application boundary of location data. Google Maps launched a new game product similar to Pokemon Go in March this year, allowing developers to build a large-scale real "map" world based on Google Maps data in the game, thereby opening up Google Maps' market share in the game. Intermediary service platforms such as mass review meals, Ctrip Travel, Airbnb, Hungry, Didi, etc. rely on precise positioning information provided by map companies to connect online and offline user service requests, and get commissions through value-added services, such as Ranking of restaurants, ordering reviews, etc.

However, the information provided by third-party platforms to users is asymmetric, and it is impossible to reach a reasonable consensus on the basic demands of merchants, intermediaries and consumers. This is why the first few recommended restaurants appear on the front page, and users have similar experiences after evaluation. For the purpose of profit, it is natural that the intermediary leads consumers to the merchants with higher advertising volume.

The Hiberian Blockchain Map provides the distribution of on-chain transaction structures by on-chain mobile Internet business behavior from O2O to on-chain services. This means that users will no longer simply play the role of consumers in the decentralized map ecosystem, but will assume the heavy responsibility of ecological development and become the producer of data value. The deintermediation of the blockchain will also change the value distribution method of location services, enabling users to provide services instead of intermediaries and obtain revenue distribution. In this way, on-chain transactions will be able to provide users with more favorable chain merchant services than Taobao and WeChat.

Blockchain technology leads everyone into the data center, let us understand how to get economic benefits by contributing to the map ecology, become the creator, porter and manager of location data services, and get rewards based on contributions.

In order to support this ecological vision, the Hyperion Map Public Chain has created a PoH (Proof of Hybrid) hybrid consensus mechanism, and has taken the heavy responsibility of leading the Internet map economy to the blockchain economy. With a decentralized production relationship, the use and distribution of location data value is completely subverted, so that the user community and the map ecology coexist and co-prosper.

The innovative logic of the PoH consensus mechanism

The core concept of the PoH mechanism is to establish a complete set of consensus among investors, technology developers, map communities, and currency users who require different complex groups, so that multiple parties can reach an agreement on the goal of ecological development. The PoH hybrid consensus aims to apply the reward and punishment mechanism of PoW and PoS to different ecological layers, select stakeholders from layer-by-layer participants, and prevent malicious acts that undermine ecological development.

In the bitcoin ecosystem, the miner consumes a lot of computing power, electricity, and other opportunity costs to generate blocks through the PoW consensus. Finally, the opportunity to generate blocks is obtained. Once the attack system is found to be evil, it will lose a greater cost than the reward obtained by evil. ; In the Ethereum ecosystem, the PoS consensus requires nodes to bring funds to work, and once they are found to be evil, they directly deduct the direct cost of tokens mortgaged by the block in the Ethereum network.

In the three-tier community structure supported by PoH, the PoW * PoS split-level integration mechanism can simultaneously stimulate the participation of currency users, investors, and developers, and it can also help to find out the various ecological stages. Participants with the strongest map service volume and block generation ability. The key advantage of PoW * PoS is that it can not only retain the characteristics of a decentralized ecosystem, but also leave high-quality nodes in the network to continue to contribute.

Let's analyze the three-layer network structure of the end-net-chain together. At the end layer, the micro-mortgage mechanism means that any user who downloads Titan's mobile phone can join the map ecology as a mortgage; mortgage the idle HYN to the Map3 node manager, which can help the node manager to provide map services and share services. Economic benefits brought by; at the network layer, the PoW algorithm helps the ecosystem to select elite nodes with the highest service volume from the Map3 management nodes to obtain re-mortgage qualifications; re-mortgages will directly help node managers on the chain to obtain block qualifications; and Micro-mortgage users who support Map3 management nodes can also jointly obtain re-mortgage qualifications and share block revenue; finally, at the chain layer, the super elites are selected from the Map3 node managers through the PoS algorithm to become Atlas block nodes, and they undertake the on-chain block generation, Smart contract development and other functions, and get double rewards for block and service.

The biggest difference between the Hiberian PoH consensus mechanism and Bitcoin, Ethereum, and Libra is that users are the main source of ecological value in the map community structure. The number and depth of user participation directly determine the service quality and long-term value of the decentralized map network. From the monopoly of map data to openness, the map public chain will also completely change the traditional profit model relying on centralized map data. Imagine that when an enterprise joins a Map3 node to call the Hiberian map service, its users will naturally understand and use the decentralized map service, and obtain greater economic value through node deployment and mortgage, which brings to the open source market Huge traffic. On the one hand, centralized enterprises such as Internet companies and mobile APPs will obtain lower-cost and more efficient map services by invoking Map3 network services. On the other hand, they will also obtain huge economic benefits through service rewards.

It is conceivable that when 100 giant enterprises with 20 million users called by Libra and 2.7 billion users active on various Facebook platforms join Map3 deployment nodes, it will bring great revolutionary changes to the map industry in the future. When the Hiberian main network is launched in 2020 and the on-chain trading channel is opened, each of our ordinary map users will be able to intuitively feel that the blockchain map is convenient for travel, daily consumption, privacy and security, and even production through the Titan App New changes in approach.

The gradual transparency and decentralization of information and data transmission methods and distribution methods, that is, the inevitable trend caused by the development of science and technology and social changes, are not new concepts that are created overnight. Behind the brand-new social structure is a solid consensus mechanism that guarantees it to survive the difficult growth period at all times.

Japan Finance Agency Chief: How to ensure public interest has become a new topic for distributed financial systems such as blockchain 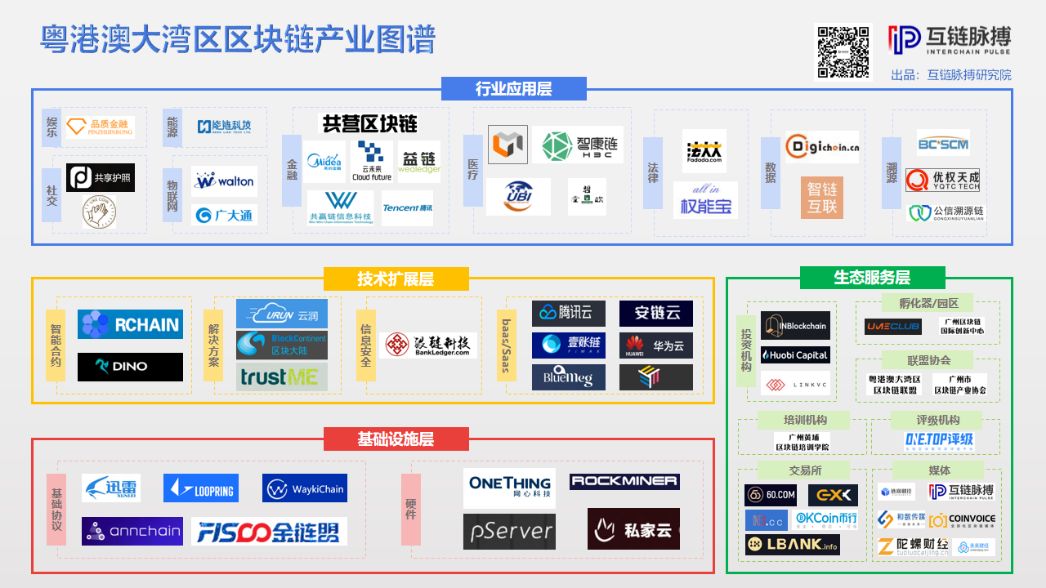