Babbitt Column | Why Tokens Matter: How to Clear the Path to Tokenization

Although there are differences in the industries, geographic locations, products, and services of various types of enterprises, in the future they will have one thing in common: the use of certain tokens (also known as tokens) as a key driving force for their business. Enterprises can have multiple types of crypto tokens to choose from, and the economic significance of the chosen token will affect the probability of the company's success. Tokens are the driving force of the decentralized economy. William Mougayar, the managing partner and chief investment officer of JM3 Capital, the author of "Commercial Blockchain", described the tokens as:

"Enterprises create units of value to manage their business models, enabling users to interact with their products while promoting the sharing of benefits with stakeholders."

People's use of tokens can be traced back to ancient times. Blockchain and other technologies can also greatly reduce the cost of secure and reliable token exchange. Tokenization provides more effective solutions for existing models (such as crowdfunding, decentralized power), and develops new models for financing and cooperation, which are likely to disrupt existing interactions. A clear example of the usefulness of tokens is funding. Although crowdfunding helps democratize fundraising, many valuable investments still lack funding. Tokens may serve as a bridge between the companies that need the funds and the investors who own them.

Although there are more than 3,000 different tokens, there are three types of tokens in total: currency tokens, utility tokens and securities tokens.

Currency tokens are the most widely-known tokens, simply because the first crypto token (Bitcoin) ever was a currency token. The value of the token depends on supply and demand. In contrast to fiat tokens backed by gold, currency tokens are only supported by market demand and trust. Therefore, a new currency token faces the problems of chicken and eggs. To be used by many people, a currency token needs to have value and high liquidity. However, in order to have high liquidity and value, a large number of users are required. As a result, Bitcoin and Ethereum spend a lot of time adding value.

The more currency tokens, the more difficult it is to overcome this problem. Therefore, there will be only a few major currency tokens in the future. Because of these issues, Libra is currently facing opposition from the government and central bank, and future currency tokens are likely to be mainly created by countries, such as encrypted euros, encrypted dollars, or encrypted yuan.

The second type of token is a utility token, which is supported by a digital asset. This token has use cases and has not been developed as an investment. Most blockchain startups today are committed to developing their tokens as utility tokens. Although these tokens are not intended to invest, they can still add value as the demand for linked platforms or services increases.

Therefore, future utility tokens can provide access to products or services, which can be compared to gift cards or membership points. An example of a utility token is Ethereum (ETH), which is used on the Ethereum blockchain and allows smart contracts and transactions to run. Utility tokens allow operations to be performed.

Securities tokens allow the owner of the token (in the future) to hold shares in a company or other asset (such as a painting, car, or building), regardless of the form of dividends, revenue sharing, or price appreciation. It constitutes an investment contract and has therefore attracted the attention of the United States Securities and Exchange Commission (SEC). In November 2018, the SEC announced charges against two blockchain startups for illegal digital token sales, setting off a stir in the crypto industry. The two companies, Airfox and Paragon, did not commit fraud, but did not register their tokens with the SEC (this was the case for most token sales in 2015-2018). According to the SEC, most tokens can be considered securities and therefore subject to regulation. Securities tokens provide buyers with certain rights and obligations.

Most crypto-token startups aim to avoid becoming securities tokens, as securities tokens require further scrutiny by the SEC. However, they sell their tokens before producing the product, so the value of the transaction depends on the future work of others. These tokens can be viewed as investment contracts and can be further converted into utility tokens.

Tokens are the fuel for the future economy

Tokens are a boost to a decentralized economy. Without tokens, decentralized enterprises will not be able to run their platforms and provide their services and products. Therefore, tokens will become an important feature of future enterprises. But tokens must also have a reason, or they may be considered a scam or fraud. Tokens can only succeed if they have a real application and adhere to existing relevant laws and regulations and economic laws.

"Disconnected regulatory initiatives at the national level may trigger regulatory arbitrage and ultimately hinder the financial system's ability to withstand the shock of the crypto asset market."

Tokenization in the Netherlands

The 2Tokens project in the Netherlands aims to gain insight into how the Netherlands should respond to token financing and tokenization. Peripheral countries such as Germany and France have formulated strategies around tokens and announced relevant laws and regulations. Despite various challenges and the Netherlands' full ability to play a leading role in the transition to decentralization, clear legislation is currently lacking.

This project is funded by the European Regional Development Fund and is jointly led by BlockLab (Port of Rotterdam), YES! Delft, the West Holland Regional Economic Development Agency and LIFT-OFF. In addition, 2Tokens has been recognized by Erasmus University, TechLeap.NL, the Dutch government and some industry participants. The goal of the project is to draw a clear path for Dutch companies to realize the value of the token. This involves reviewing existing laws and making possible suggestions for changes to the law.

"Tokenization will change our economic landscape, just like the stock and stock markets of the 17th century. For incubators like YES! Delft, the key is to create a suitable environment to promote these innovations. It's great to work together to make the necessary contributions to make this possible, "said Neil Smyth of YES! Delft, Dudelft's incubator and recently opened a digital center in The Hague. Blockjo's Aljosja Beije agrees and states: "At the Port of Rotterdam, we are committed to the digitization of the supply chain, and we believe that tokenization is a valuable option for the logistics and energy value chain." The project began with a series of round tables, the first of which It was a conference on the challenges and opportunities facing the Netherlands in The Hague on November 6. The second will be related to token financing and will be held on November 27, and the third and final round table will be held on January 14 with the role of tokenization in the new economic ecosystem.

Tokens are programmable and they provide companies with new opportunities to make them more flexible in terms of ownership, voting rights, income rights, dividends and financing. This will greatly affect the core status of legal entities and will have a profound impact on the mobility of the world economy. But there is also a need for clear regulation. As tokens are not restricted by national borders, these countries (and even some regions) can attract large amounts of investment and companies by developing favorable regulations.

Policy support does not necessarily mean becoming a tax haven, it means having clear, easy-to-understand / compliance regulations, and an environment conducive to token transactions (such as the ability of a token company to easily open a bank account).

Because regulatory regulations take time, we still have a long way to go, and regulators should also see that tokens will continue to exist. The token economy is the core of the digital economy and the cornerstone of digital assets (including asset digitization and data assetization). Compliance, integration, and implementation are the key and trends for future development and will fundamentally change the world economy!

Market analysis: the market rebound is weak, be wary of further retreat 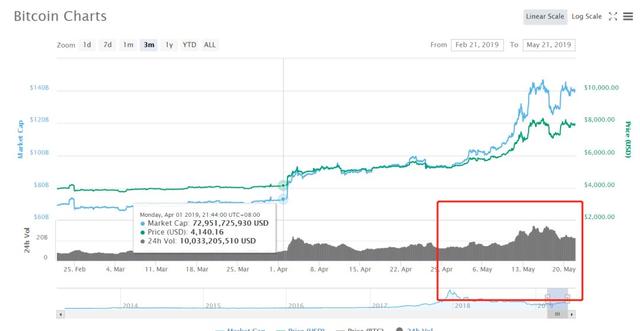 Breaking through the encirclement, how does Lambda become a dark horse for decentralized network storage?