The domestic blockchain industry ushered in a major turning point in October of this year. High-level national leaders issued a strong voice in support of comprehensive development and regarded blockchain technology as an important breakthrough in independent innovation. With the intensive preparation of relevant policies and regulations, the Ministry of Industry and Information Technology is formulating blockchain technology standards, and the rapid promulgation of the "Cryptography Law" has laid the first legal cornerstone for the compliance development of the blockchain industry. Regarding new things, from the promulgation to the implementation of national policies, the speed and action of national policies have been very rare in the past. It can be seen that the high level of the country has fully studied and studied this new technology, and has good expectations for its application and prospects. More importantly, in the process of China's economic transformation, new technologies are urgently needed to promote the development of productivity and drive the adjustment of industrial structure. Let high-tech industries become the main force for economic development.

For the blockchain world, China's policy incentives are both exciting and worrying. Excitingly, China's blockchain industry is finally no longer in a gray area, but an upright and bright industry. The support of the state has given the industry a clear direction and a large number of practitioners see hope. On the day the policy was announced, Bitcoin's gain was as high as 30%.

After the excitement, people slowly discovered that for a large number of blockchain projects on the market, the introduction of policies seems to be favorable, but it is actually negative. Blockchain has lacked effective supervision in the development of the past decade. It has grown savagely and chaotically. A large number of projects have not been applied in practice and have not achieved breakthroughs in blockchain technology. This has led to blockchain becoming a new form of capital disk. . If the country wants to develop the blockchain industry, it will definitely establish the norms for the development of the blockchain industry, so the promotion of supervision will first start with the rectification of the chaos in the industry.

From October, the official media released intensive news that revealed the blockchain scam and chaos. The official rectification of the blockchain industry has also begun. A large number of blockchain projects involving capital disks have been seized, and many play modes are empty. Shell projects are facing survival difficulties. The management of this chaotic phenomenon is imperative and desirable, after all, the market needs supervision to protect the interests of investors. In the past month, mainstream currencies such as Bitcoin not only gave up all the huge gains when the policy was introduced, but also hit a low in the past six months. The mere chaos of the regulatory governance blockchain cannot explain the plummet in the currency market and people's pessimism.

We believe that the fundamental problem lies in the natural contradiction between government supervision and the public chain of anarchism.

At present, domestic technology giants including Ali, Tencent and Huawei have contributed the most blockchain technology patents in the world, and China is at the forefront of blockchain technology research and development. Obviously, these technology giants are well versed in the domestic political and business environment. They have a deeper understanding of policies and regulations than most blockchain project parties, and they understand the importance of technology to the blockchain. When the project participants in the currency circle were still distressed by policy supervision, Internet giants have long occupied the supremacy of compliance development.

For the public chain that advocates decentralization and immutability, domestic development will definitely encounter policy constraints. The public chain is essentially borderless, and anyone can become a node of the public chain anywhere to realize the transmission of value. This convenient method of value transfer will make anti-money laundering difficult for countries with capital controls or countries with free capital in and out. If the transfer is made through anonymous cryptocurrencies, it will be a disaster for government supervision. Blockchain technology poses a huge challenge to government regulation.

However, it is interesting that the original purpose of Bitcoin was to get rid of the devaluation of people's property caused by the central bank's excessive currency issuance, which is essentially an anarchic experiment. Satoshi Nakamoto designed Bitcoin as a system with a constant total volume and no additional issuance. The ultimate goal may be such an idealism: to achieve a value system that goes beyond capitalism. As Jameson Lopp, one of Bitcoin's core developers, recently tweeted: Bitcoin's primary function is not to store value, it is just one of the consequences of its primary function. You can't take my account, you can't keep me from buying anything, you can't steal my property through inflation. All public chains are born from the prototype of Bitcoin, and they all have the same anarchic color as Bitcoin. Government regulation can never ignore such a cross-border value transmission tool that circumvents supervision, so KYC and AML have become a mandatory requirement for cryptocurrency transactions in many countries. Some countries have already begun tough regulation of anonymous currencies, prohibiting such currencies from being traded on exchanges. However, the policy cannot fundamentally control the transfer and transaction of crypto assets, because a blockchain system generates public and private keys through algorithms, which has nothing to do with KYC. Fundamentally speaking, the contradiction between government supervision and the public chain is difficult to reconcile. 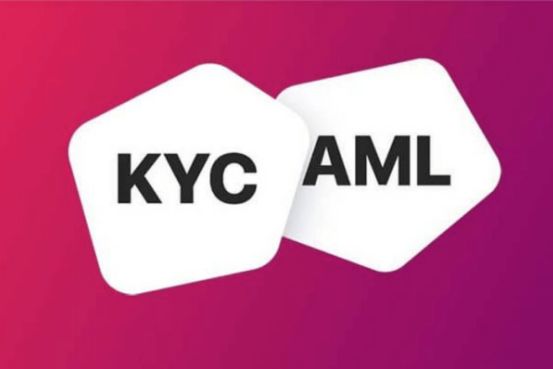 China has taken blockchain as the focus of strategic development, so regulation is imperative. In the face of the fundamental contradiction between regulation and the public chain, how should the government respond? How should practitioners in the blockchain industry embrace regulation? The specific measures of government supervision have not been announced yet. We can guess the direction of future supervision. We consider the following points worth our attention:

1. List the token of the public chain as a tradable digital commodity

At present, the United States Securities Regulatory Commission (SEC) has classified crypto assets such as bitcoin as commodities, which is equivalent to asset types such as crude oil and gold. There are many disputes over how to characterize tokens. Tokens are very different from securities such as stocks or bonds. Although they can also represent certain rights, there is no specific operating entity behind the token, but a network. Tokens are generally limited in quantity and fluctuate in price. Before being able to be clearly identified, it is expedient as a tradable digital commodity.

2.Supervise the digital commodity market by regulating the operation of exchanges

For existing public chain projects, the government can hardly intervene. Only by starting from the transaction stage can greater and more general supervision be achieved. Most investors will trade on cryptocurrency exchanges, and the management and control of the exchanges is indispensable. The state may allow a group of exchanges that meet the standards to conduct the secondary market business of crypto assets through licensing. At the same time, other unlicensed exchanges are likely to be prohibited from conducting trading operations in the country, and some are registered in the country. The exchange may also leave other countries like Binance.

3.KYC is required for customers to store and trade public chain token wallets and exchanges

Many wallets integrate many third-party services internally. This also includes asset transactions. Licensing and supervision of compliant wallet business is inevitable, which is similar to the supervision of exchanges. Wallets and exchanges require KYC for users, and some mainstream wallets and exchanges have already been implemented. Many other commercial projects involving encrypted goods storage and transaction services will also report user information in accordance with similar requirements. The main purpose of this is to prevent money laundering, and at the same time control the flow of overseas hot money through cryptocurrency channels.

4. Strict review of the new public chain project, the code is submitted for review, and it can go online after meeting the technical standards

Only projects with original technology and application prospects can pass the review, and project homogeneity will be eliminated. It is believed that the state will not allow blockchain projects with anonymous functions to run, thereby reducing the trouble of anti-money laundering. It does not rule out that the country will require the project party to embed the specified code in the public chain code to facilitate supervision and implementation.

5.Review the issue of the new public chain token

The country has done a one-size-fits-all coin financing (1CO) the previous year. However, the development of the public chain cannot be separated from the token. The state may not completely deny the role of the token, but strict supervision is possible anyway. For example, the project is required to be approved, and the token can be issued and traded only after the main network is launched, and financing is not allowed at the project startup stage. Another example is to limit the exchange range of tokens, so that authorized wallets and transactions all support tokens of the new public chain in order to prevent these tokens from becoming financing facilities and market speculative tools for project parties.

Although there is a fundamental contradiction between government supervision and the public chain, as citizens of a country, we must understand that decentralization is not the purpose, and the public chain should not become a place outside the law. In the name of freedom, illegal transactions are allowed to escape from the law. Only the interests of more people will be lost.

The tide of policy norms and industry supervision is irresistible. The lack of policies and supervision will disorient the development of the industry. Actively embracing supervision is definitely a wise move. Only in this way can we comply with the industry development trend. Regardless of the specific regulatory measures in the future, as practitioners in the industry, they should actively respond and adjust. Only in this way can China's blockchain industry thrive. We believe that the Chinese blockchain industry established in a legal environment will usher in a real spring.

Perspectives | The impact of digital assets on the global hosting market

Interview with She Knows | DeFi lost: 90% of users don't care about technology, the key to killer applications is whether it can be commercial