Although the fund project PlusToken collapsed in June this year, billions of assets were involved in it, and countless people lost their money. However, the question of how many assets are involved and how many have been sold by the project side is still hazy.

The collapse and impact of this scam has attracted a lot of attention, but different institutions and researchers have different research results on the incident.

Elementus, another analytics firm, estimates that PlusToken collected nearly 10 million Ethereum from approximately 800,000 participants. According to independent researcher ErgoBTC, it traced as many as 93,900 BTCs related to the address of Plustoken, and these BTC parts have been sent to the trading platform.

Elementus found that 48% of all ETH withdrawn from the PlusToken wallet was sent to Huobi. In addition, ZB.com, Upbi, OKEx, Gate.io and other trading platforms are one of the transfer destinations. 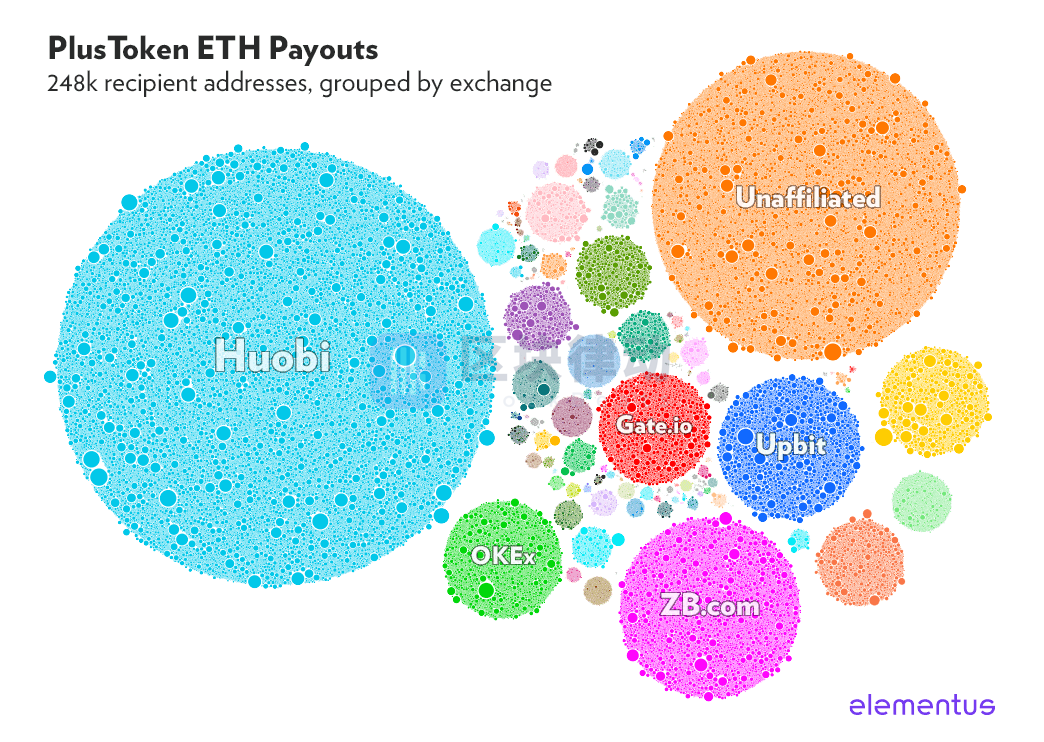 A report caused a slump

On December 17, bitcoin plunged below $ 6,900 in the early morning, and some traders said that the reason for the plunge was triggered by a Chainlysis report on PlusToken.

According to Coindesk, Chainalysis's report was released on Monday, and the report states that 20,000 Bitcoin and 790,000 Ethereum are still under the control of people associated with the PlusToken scam. Traders believe that this conclusion caused a panic in the market, which led to the plunge.

There is no shortage of…

The market has suddenly risen sharply. Is it a staged rebound at the bottom?

Wuzhen·“5G+ blockchain”: the boundaries and imagination you don’t know