The following is a compilation of Meng Yan's speech, organized and published by Babbitt.

The figure above does not completely list some countries. It can be seen that the United States, Britain, Japan, including Germany and France in the European Union, and Russia and other countries not mentioned have all proposed their own digital economy upgrade strategies. The world is in a new competition.

China uses data as a new factor of production

An important conclusion in the "Decision" of the Fourth Plenary Session of the 19th Central Committee of the Communist Party of China not long ago was the addition of "data" as a factor of production. Later, Vice Premier Liu He of the State Council published in the "People's Daily" an article "Adhering to and Perfecting the Basic Socialist Economic System", explaining "data" as a new factor of production in detail. The article mentioned "data has a multiplier effect on improving production efficiency" and also mentioned "we need to establish and improve data ownership, disclosure, sharing, and trading rules."

This actually conveys to us an important judgment of the decision-making level, that data is the new production factor, which is the key to the transformation and upgrading of China's digital economy. Why do you say that? Because the factor of production is a heavy term in economics, Vice Premier Liu He, who has a background in economics, proposed that data become a new factor of production, which is a very important signal.

In economics, we have a simplified equation for production, that is, Y is equal to the power of α × K, power of L is 1 to α, K is capital, L is labor, and a is total factor productivity. Usually we think that the output of an economy is equal to its total factor productivity × capital and labor input. But now that the data has become a new factor of production, a D must be added to this equation.

In fact, we can't get this analytical formula clearly, but roughly know that before the Fourth Plenary Session of the 19th Central Committee, the central government used land, labor, capital, knowledge, technology, and management as the production factors. Now it has added data. This is the progress of the practice of Chinese economics.

Many people are more concerned with practical issues, why should we explore economic issues? To quote Keynes once: "Many practical people think they don't need theory to guide them. In fact, they are just captives of a mediocre economist decades ago. The economist's thinking is actually The true ruler of this world. " When their ideas spread, they will have an important impact on our economic life. Now we are starting to use data as a new factor of production. We can imagine that in the next 20 or 30 years, our economic growth will undergo major changes.

Marketization of factors of production will lead to data assetization

What is the definition of an asset? Wang Zejian mentioned in the General Principles of Civil Law that assets are "collections of rights with monetary value." According to the "Accounting Standards for Business Enterprises" No. 76 issued by the Ministry of Finance, assets refer to "resources formed by a company's past transactions or events that are controlled or owned by the company and are expected to bring economic benefits to the company." If data enters the market and fully meets these definitions, then it becomes an asset.

Through logical deduction, since the country regards data as a factor of production, and the entry of data into assets will inevitably lead to data assetization, we have a clear conclusion that the country has determined in decision-making that digital assets or data assets will become the future Key elements for the transformation and upgrading of the digital economy.

When researching digital assets, it is necessary to know where the digital assets come from. There are roughly two sources: First, the "digitalization of traditional assets" has become a digital asset. For example, financial derivatives such as currencies, stocks, bonds, options, and ABS can become digital assets when they are digitized. This is the stock portion;

The second is the incremental part that we pay more attention to, that is, new things. It is a community through consensus that gives value to some of the numbers generated by energy consumption, making it an asset. We call it "digital assetization". It is an important source of digital assets and is likely to be The most active, interesting and new digital assets in the future.

"Digital assetization" will create new species and new economic forms, which may refresh us and bring us many challenges. Facing it, we need to have an analysis method. For a long time, we have been thinking about how to analyze this new thing with the original familiar method. We have found a way to analyze digital property, assets and rights in the form of contractual rights certificates based on contract theory.

For example, an enterprise has just been established, its rights are complete, and all rights are owned by equity. When an enterprise signs a "labor contract" with an employee, it will cut out some of the rights from these stock rights and give it to the employee; when the company signs a "business contract" with a customer or partner, it will cut out a portion of the rights to use commercial paper Or in the form of currency; when a company signs a contract with a bank or financial service institution, it will cut out some rights and use currency, bonds or various financial instruments as vouchers. Only those rights that are unclear, unclear, unpredictable, and cannot be contracted are called "residual rights", and are ultimately attributed to equity. This is the analysis of contracts and the assets generated by contracts based on the business theory and incomplete contract theory of modern economics.

In digital assets, we have a new tool called "blockchain". Everyone has a variety of interpretations of the blockchain. Just like a blind person, we may find it difficult to find a standard answer, but we should allow everyone to understand the blockchain from different perspectives. Here we present our own interpretation: we believe that blockchain as an infrastructure supports three elements.

Element 1: On-chain data. The data passes a special mechanism, which we call responsive data integration and cross-validation, to obtain trusted data on the chain, which represents the consensus or fact at that point in time; Element 2: Algorithmic contract. The reason why it is not called a smart contract is that part of the algorithm contract is not a smart contract in the traditional sense, but is written directly in the code at the bottom. We call these two types “algorithm contracts”; Element 3: Digital assets, specific It is a digital asset certificate such as a token.

Traditionally, the rights of a group can be divided into two parts: contractual and non-contractible. In contracting, the execution of the contract mainly depends on the authority of a person or a third party. With the Trinity structure, we can now cut it out a bit, that is, the contractual rights guaranteed by the algorithm, this part of the contractual rights can be executed automatically, without the need for anyone, a third party or an authoritative organization. In this way, the new organizational rights can also be divided into three parts.

Part 1: Contractual rights that can be algorithmized are guaranteed by the blockchain; Part 2: Cannot be algorithmized and described in natural language, which can be foreseen in advance, still rely on traditional authoritative institutions, such as courts or arbitration agencies Guarantee: Part 3: Due to the incomplete nature of the contract, which leads to residual power, we will give this part of the rights that were not expected in advance to the holders of the equity to control it.

Another special algorithm is the blockchain mining algorithm, which is not reflected in a smart contract, but written directly in the practical layer of the blockchain. This is actually a contract, which grants rights and asset certificates to the contract enforcer in an unbelievable way. In our opinion, asset certificates may be digital currencies or tokens based on special circumstances.

After all the powers were divided and allocated to different tokens, we got the remaining power. We still need equity, because the contract is always incomplete, and there are always unexpected situations, we allocate this part to equity. This is the digital asset analysis framework we have proposed.

Why do we need digital assets? Because it does have many advantages, I have listed 8 points here:

 Flexibility: everything can be tokenized;  Certainty: guaranteed and executed by the blockchain algorithm contract;  Penetration: point-to-point transfer delivery. For example, if the central government sets up an algorithm contract and signs it with the public, the government can directly pass digital assets or incentives to individuals, without having to go through an intermediate level as an agent, which avoids many problems;  High accuracy: can target small contracts Behavioral measurement and execution. For example, every repost, every comment, and every browse on the interesting headline can be measured and obtained the corresponding digital assets;  Real-time: real-time circulation;  Innovative: can create new contracts-tokens as needed Correct. We believe that in this era, there will be various new types of contracts that have never been thought of before, and each new type of contract will correspond to a new type of digital asset, and each new type of digital asset will have a corresponding token;  Transparency: easy to trace and supervise. Although digital assets have brought some challenges to supervision today, in the long run, it is a great benefit for supervision;  Ecological: self-built networks and self-organized ecological development worldwide.

We think this prospect is very exciting. It is foreseeable that in the next 10 or 20 years, we will witness the vigorous development of this set of digital assets represented by the blockchain, and the value of the blockchain is not only here. .

In the brutal era of digital civilization, Internet companies grow wild in their own ways, and the winner is king. To manage it, we mapped some legal and governance mechanisms from the real world, but that approach was inefficient. With the blockchain, we have brought three elements of fact, system and value at the same time, and we can establish systems in the Internet space, which will open a new chapter in digital civilization.

Therefore, this is not only a question of the upgrading of the digital economy, nor is it just a matter of competition among several countries in this upgrade. What is more important is the issue of a new chapter in the upgrade of the entire human digital civilization. This is my report. Thank you!

The central government issued the… 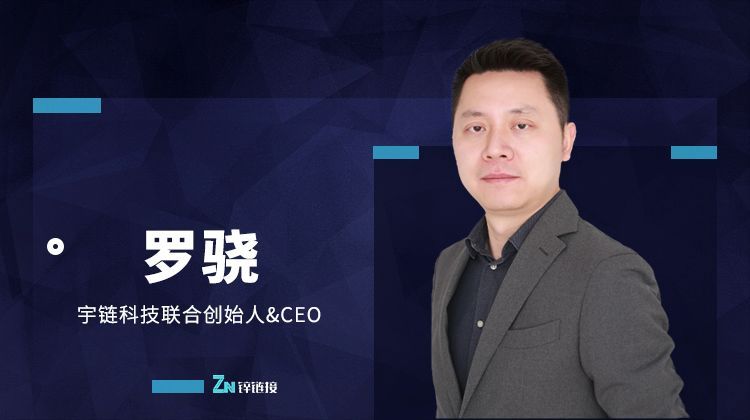 Can the blockchain break the…

The future of Ethereum: technology and protocols become the next key element