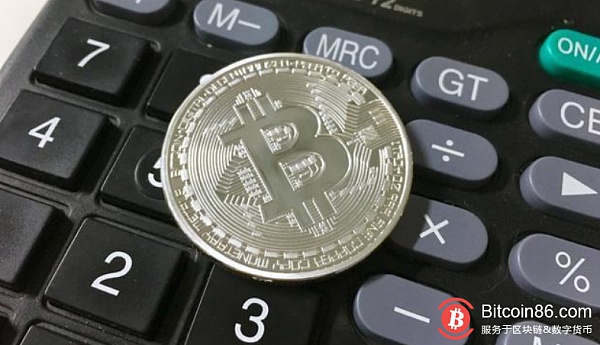 A blockchain consensus economy, Staking, has begun to be recognized and participated by more and more people, and has become the target of many capital giants vying for layout.

The industry generally believes that as a new trend, 2019 will become the first year of Staking economy, the industry will explode, and the market size is expected to reach tens of billions of dollars. In addition to the emergence of more and more startups in the industry, some of the professional "unicorn" companies in infrastructure construction and services will stand out.

With the node economy led by EOS and the strategic adjustment of the PoS consensus algorithm after the upgrade of Ethereum to Constantinople, more and more institutions and individual investors have begun to bet on the ProS of Stake. There are huge business opportunities. Some agencies predict that the blockchain project based on the PoS consensus mechanism will reach 25% of all blockchain projects in 2019. Staking will bring at least $2.5 billion in annual revenue, and there is huge room for growth.

Cobo co-founder and CTO Jiang Changhao introduced that staking has now become the next target of many capital giants. The data shows that Staking is rewarded as long as it is held for a long time. Depending on the PoS network and related parameters (including participation rate and time), the return on investment ranges from 5% to 50% per year. In addition, if the holder does not choose Staking, the value of its token will depreciate due to the expansion of the network, so the incentive for Staking will become very strong.

Some reports show that with the launch of more PoS public-chain main networks, coupled with the recovery of the encryption market, the total amount of Staking rewards will increase significantly. In the next 12 to 24 months, the PoS network will receive a market value of $30 billion. The annual inflation rate of these networks is maintained between 5% and 15%, which is equivalent to a fixed award of $1.5 to $4.5 billion per year to token holders.

The Staking economy, which is in the midst of a booming stage, naturally attracts a lot of capital. In early February of this year, a start-up company, Staked.us, which focused on providing services to organizations in the PoS field, completed a $4.5 million seed round of financing, led by the famous blockchain investment agency PanteraCapital, and other capitalists such as Coinbase. In addition, BisonTrails, which is also a third-party node operator of StaaS, received a $5.25 million financing from Galaxy Digital. Wetez received financing from Continue.

At the "Digital Asset Hosting Innovation Seminar and Cobo Custody New Product Launch Conference" held by Cobo on the 24th, many investors also expressed their optimism about this track. Yan Jingsi, managing director of Danhua Capital, said that assuming that the blockchain really changed the world in 20 years, the only thing that might be worth digging is PoS. The reason for this is that PoS makes the separation of ownership and voting rights from the use value attribute, and the separation of voting rights is like squid, which makes the exchange active. PoS exploration is more diverse than traditional PoW. The road is bigger.

Jin Yikai, vice president of linear capital investment, believes that the PoW model led by Bitcoin reflects the storage value of the currency to a certain extent. To truly make the digital currency a certain degree of legal currency, it is still necessary to realize its circulation value. So now it seems that PoS plus a slight inflation is a better way to achieve. Staking, through voting rights and holding money, makes these two groups the same wave, which can promote better iteration of the blockchain ecology. We expect more users to participate under such incentives.

"Although everyone has seen this economic value, not everyone can participate. Whether it is hardware, software or capital scale has a higher threshold, and by entrusting equity, it can effectively expand the amount of staking. At the same time, it can better ensure safety," said Cobo founder and CEO. He predicted that with the booming staking economy, the services of specialized digital asset hosting platforms will become mainstream.

A number of well-known custodians around the world have already launched this service. On April 24th, Cobo, a well-known digital asset storage and management service provider, announced that it has launched Cobo StaaS (Staking as a Service) for crypto-investment investors. Cobo StaaS is a cryptographic asset for Tokenfund, exchanges, venture capital, family funds, etc. The owner provides a safe, stable and convenient Staking service designed to reduce the technical barriers for investors to participate in Staking for more revenue. Jiang Changhao said that Cobo StaaS will encourage investors to maximize the benefits of the certificate and effectively reduce the operating burden of the investor Staking. Not long ago, Coinbase Custody, a well-known US hosting agency, also announced that its hosting system will support Tezos Staking.

Yan Jingsi believes that if Staking is a big industry, professionalized hosting services will become mainstream. Because it can minimize social costs and optimize centralized resources, users can store their own private keys of digital assets. At the same time, voting rights can be delegated to a more professional hosting service provider to help him operate, while achieving value added. Voting rights are similar to an Internet terminal product, and a specialized custody service company is like a financial services company. The resulting format is that there will be a small number of C-end users holding assets and a large number of C-end users. The intermediate hosting provider provides specialized services.

According to the sacred fish, Cobo StaaS currently offers three StaaS services for different user groups. First, the user asset is fully managed. The user completely entrusts a certain PoS currency to Cobo, and does not master the private key. Cobo stores these assets for operation, and the user can obtain stable income with one click. The second is to vote through the node, the user owns his own private key, the security of the private key can be fully protected by the wallet or other means, only need to be transferred to Cobo through the smart contract method through the webpage and APP provided by Cobo on the chain. The node runs to get the daily revenue. The third is the node generation operation and maintenance. Some digital asset owners and institutional users have more assets, but they lack the ability to operate nodes securely and securely. Cobo StaaS provides node-based operation and maintenance services, which can effectively lower the technical threshold and make a lot of node services. Optimization of service strategies.

The scale of digital assets is growing

Cobo co-founder and CTO Jiang Changhao said that the two service projects Cobo WaaS and Cobo StaaS are personalized services derived from the development trend and demand of the blockchain at this stage. Indeed, the rise of the tens of billions of digital hosting markets has led to a rapid increase in hosting requirements and service demand. In the context of the huge regulatory pressure faced by the traditional asset management industry, the proportion of investors' digital asset allocation is gradually increasing, and the size of blockchain assets is rapidly expanding.

At the end of 2018, the Bakkt platform, a digital asset trading platform launched by the Intercontinental Exchange, the parent company of the New York Stock Exchange, announced the completion of the first round of financing, including Microsoft's venture capital department and Naspers (the first major shareholder of Tencent). Twelve investors, including South African media giants, raised $182.5 million.

Cai Weide, a professor at Beijing University of Aeronautics and Astronautics, said that the establishment of Bakkt represents the entire US financial community has fully accepted the digital token market, allowing the entire United States to legally and legally invest in digital tokens, so the establishment of Bakkt is a historic milestone. of. He predicted that Bakkt's main trading medium may change due to the emergence of digital dollars.

At the same time, some official institutions have already approved the digital currency. According to a report issued by the 2019 Bank for International Settlements, at least 40 central banks around the world have studied or are about to study and test the central bank's digital currency.

According to the Bank of China's "Economic and Financial Outlook for the Second Quarter of 2018", the number of global encrypted digital currencies has exceeded 1,500 on March 10, 2018, and the combined market value has reached $389.1 billion. Currently, there are more than 7,000 exchanges that provide trading environments for all types of digital assets.

The accelerated mode of the digital asset custody area. Since the second half of 2018, Fidelity Investments, Intercontinental Exchange of the United States, Nomura Securities of Japan, Goldman Sachs, IBM, and Barclays Bank have successively announced their entry into the field of digital asset custody. Goldman Sachs said in a statement: "In response to customer interest in various digital products, we are exploring how best to serve them in this area." Increasing evidence suggests that institutions are involved in cryptocurrency in 2019. The trend of the year.

It is worth mentioning that at the spring meeting of the World Bank Group and the International Monetary Fund in the United States this year, the central bank's digital currency has also become an important issue. European Central Bank executive committee Coeure said that although the current European Central Bank did not help the banking industry, it is ready to face a world full of more digital currencies. (chain got)

The desire to encrypt the market