Former Deputy Minister of National Science and Technology Wu Zhongze: Blockchain as a breakthrough in core technology independent innovation is a top priority for the development of blockchain applications

According to the Economic Reference News, on December 21, the Blockchain China Conference and Chain Reform and Distributed Storage Summit were held in Xi'an. Former Deputy Minister of the Ministry of Science and Technology, Wu Zhongze, member of the 11th National People's Congress Education, Culture, Health and Welfare Committee, said that it is imperative to fully develop blockchain applications as a breakthrough in core technology independent innovation. It is also necessary to strengthen integrated innovation and business model innovation, and accelerate the integration and development of the blockchain and the real economy is the top priority of industry development. Then, innovation-driven is essentially talent-driven, and vigorously cultivating and introducing talents is the core requirement for enterprise development. Finally, open innovation, collaborative innovation, and win-win cooperation are the only way for the development of the blockchain industry. The unveiling ceremony of the Northwest Blockchain Industrial Base was also held at the conference site. 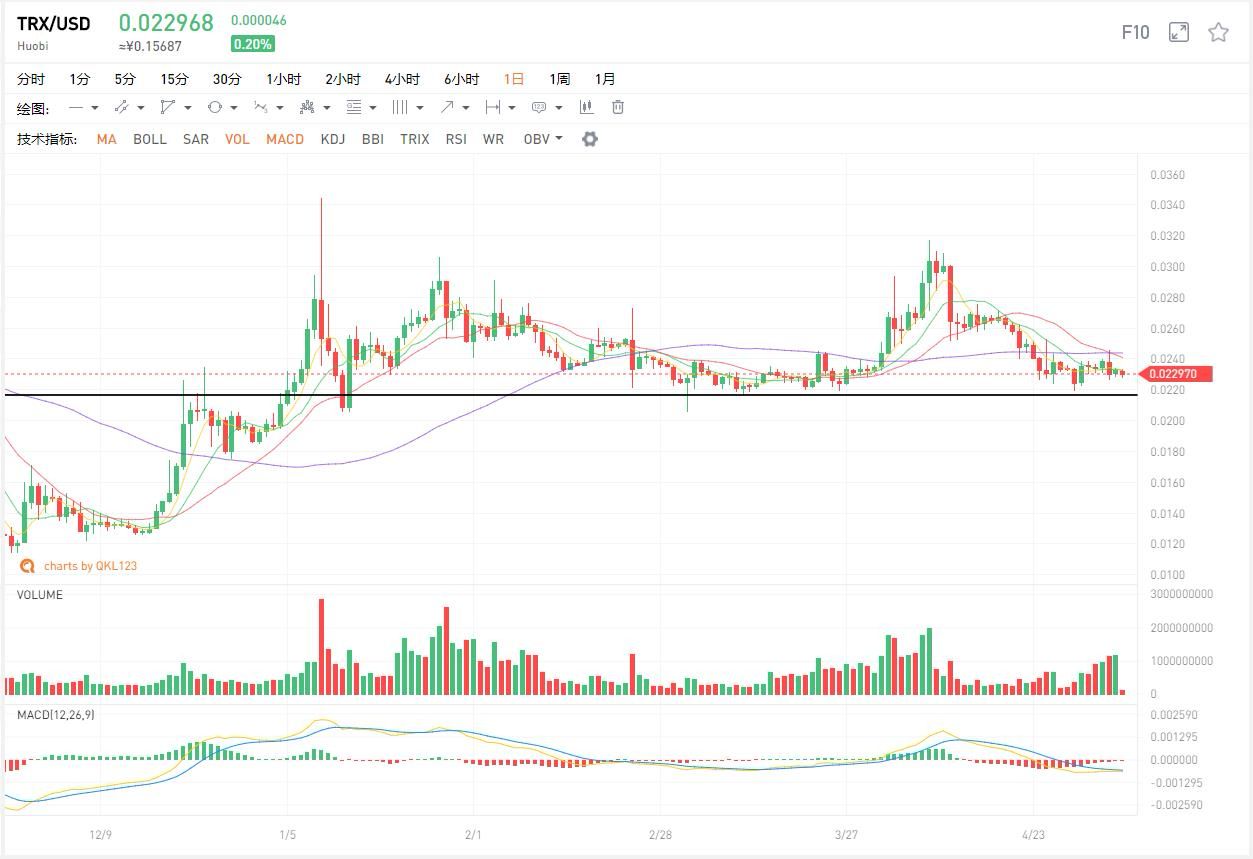 Huobi destroyed 4.835 million HT in March, and the number of Q1 destruction increased by 102.4% year-on-year

Bitcoin continues to rebound and returns to above 12000USDT

USDT accounted for 76.29% of bitcoin transactions

Lamborghini has a correlation with Bitcoin. Can it predict the price trend?