Source of this article: Chengdu Daily, original title "From Jiaozi to DCEP, New Opportunities for Building a Digital Economy Heights in Chengdu"

Chengdu, the birthplace of Jiaozi, the earliest paper currency in China, has been at the forefront of the country and the world in terms of currency and financial innovation. At present, the research and development of central bank digital currencies in various countries is undoubtedly one of the world's most popular currency and financial innovations. Recently, relevant officials of the People ’s Bank of China have increased the frequency of their statements on the central bank ’s digital currency. After five years of research and development, the Chinese central bank ’s digital currency DCEP (Digital Currency Electronic Payment) may officially land at any time. As a result, China is expected to become the first big country in the world to successfully issue central bank digital currencies, and the sovereign currency position of the RMB is expected to be further consolidated in the digital economy era.

Keeping up with the pulse of the times, boosting the development of the digital economy, and striving to build a western financial center, Chengdu must not be absent from this digital currency pilot feast. We must actively strive to become a central bank digital currency pilot city in order to further secure the status of Chengdu's western financial center. , To promote the development of financial infrastructure in Chengdu's digital economy.

Conducive to the promotion of Chengdu's digital economy

The internal incentives of the central bank's digital currency issuance mainly include two points: one is to facilitate retail payment and improve the competitiveness of the payment market system; the other is to promote inclusive finance and increase the depth and breadth of financial services. Compared with South China and East China, the financial infrastructure construction in the Southwest is relatively backward. By including Chengdu as a pilot city of the central bank ’s digital currency, the integration of the digital economy in Chengdu and Chongqing will be promoted. Chengdu will be used as a fulcrum to leverage the cloud, expensive, and Sichuan provinces. Financial infrastructure construction and improvement in three provinces and one city in southwestern Chongqing. Piloting the central bank digital currency in Chengdu is expected to promote Chengdu to become the third pole of China's mobile payment development after Shenzhen and Hangzhou, thereby stimulating the vitality of the retail payment market in the southwest and improving the level of inclusive financial services in the southwest.

Regardless of whether it is based on current internal considerations to improve the domestic financial infrastructure, or from the perspective of external long-term considerations to promote the internationalization of the renminbi, it is necessary to include Chengdu in the first batch of DCEP pilot cities. The implementation of DCEP is expected to form a good complementary and facilitative role with Chengdu's local fintech industry, thereby promoting Chengdu's local fintech upgrade and strongly supporting Chengdu's digital economy to take off.

The first is that Chengdu has a good reserve of fintech talents to ensure that DCEP research and development can be effectively supported. Chengdu has Southwestern University of Finance and Economics, one of the top financial institutions in the country, and the University of Electronic Science and Technology, one of the top engineering universities. Chengdu can continuously train the best financial technology talents. As a new first-tier city, Chengdu's attractiveness to talents nationwide is constantly increasing. According to the "2019 Annual Report on Talent Capital Trends" released directly by the Internet recruitment platform BOSS, in 2018, Chengdu ranked at the same time among the top three new first-tier cities with the highest demand for talents and the highest turnover of talents, leading the new frontline for overall talent attraction. city. The “China New Economy Vitality Index 2018” released by the Entrepreneurship Dark Horse Industry Research Institute analyzes and ranks the talent vitality index of domestic cities. Chengdu surpassed Beijing, Shanghai, and Guangzhou with 13.81 points, ranking second and first in Shenzhen. Only 0.01 points difference.

Second, the financial technology industry has a solid foundation and strong government support, which provides a good industrial foundation for the implementation of DCEP. In the overall development of fintech in the western region, Chengdu is at the forefront. It has the first Internet bank in the central and western regions and the third Internet bank in the country—Xinwang Bank, as well as a number of flagship enterprises in the domestic regulatory technology sector. Chengdu Tianfu New District has firmly grasped the new financial industry trend of fission development. With the help of the “One Belt, One Road” national policy spring breeze, a fintech industrial cluster has been initially formed, and Tianfu fintech center is being used as a “small cut” to build "Main Engine" of Tianfu International Financial Technology Industrial Park.

Except for Shenzhen's positioning as a pilot zone for digital economy innovation and development, and being explicitly supported by the central government to carry out innovative applications such as digital currency research and mobile payment, other cities are still fighting for the first batch of DCEP pilot applications. In the formulation of the implementation plan for the pilot application of DCEP in various places, there must be differences in the application of common scenarios.

If DCEP is successfully approved as the first batch of pilot cities, similar to other potential pilot cities, Chengdu can be the first to promote the use of DCEP in scenarios where the government is involved, while cultivating DCEP seed users, and improving the convenience of government public scene payments. For the choice of specific scenarios, you can try personal income tax payment, medical registration, water, electricity and coal payment, traffic penalty payment, public transportation, public welfare donations, and so on. In the future, if DCEP breaks through the retail payment function, its use scenarios can be further expanded. For example, in the distribution of special funds such as poverty alleviation funds and demolition funds, the use of a controlled and anonymous central bank digital currency traceability feature can effectively deter and crack down on payment deductions and corruption. On the basis of improving the acceptance and liquidity of DCEP by the government's "promising hand", the market can play a more important role and promote the deeper integration of DCEP use and the development of Chengdu's digital economy.

In order to achieve dislocation development with other pilot cities, the author suggests that based on the radiation power of Chengdu, we can strive for a pilot project of DCEP's cross-border payment application in the “Belt and Road” countries and regions. You can consider accessing the multinational cooperation platforms that have been established, or you can coordinate the central banks along the “Belt and Road” countries, build cross-border payment alliances, and use DCEP for tourism consumption, overseas travel, overseas immigration, and labor remittances. In addition, if DCEP breaks through the retail payment function, for example for cross-border investment, DCEP can be used for digital asset transactions, improving the efficiency of digital asset circulation. At present, digital asset transactions are still mainly concentrated on virtual currency exchange platforms, which have no connection with assets in the real world. However, with the tokenization of real estate, equity, and bills in the future, DCEP is expected to become the most popular for cross-border digital asset transactions. Common pricing and settlement units. Based on this, Chengdu can set up a special digital asset exchange for the global scope and seize the commanding heights on the high ground of digital economy construction. (Author: School of Finance, Southwestern University of Finance and Economics) 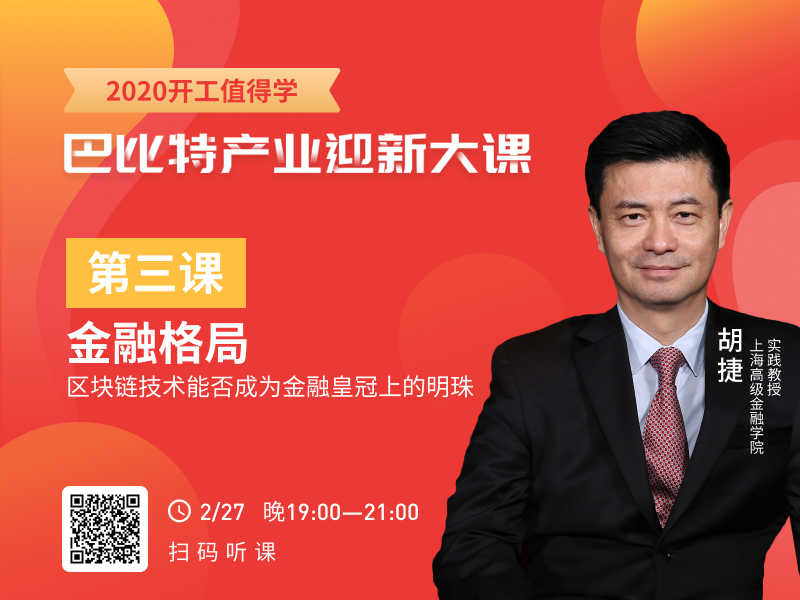 Director of Ningxiang City Bureau of Industry and Information Technology of Hunan Province: Further promote the application of blockchain in manufacturing