In August 2016, Joel Monegro, a blockchain track analyst at the US-based USV (Joint Square Investment, which has launched famous companies such as Twitter and Tumblr), published an analysis called fat-protocols. article.

Once published, this article has been sought after by many professional investors and has become the blockchain investment program of the best funds in the industry. It has derived various theories or passed down or subverted, including USV and A16Z. Top funds such as Pantera and others quickly opened up the cognitive gap with global blockchain investors. It can be said that Joel Monegro is the Internet Queen Mary Meeker in the blockchain world.

In 2018, she left the KPCB partner position and established her own fund. During KPCB, she participated in and led the investment of many global Internet companies such as Facebook, Twitter and JD. It is worth mentioning that Chris Burniske, another partner of Placeholder, is the inventor of the Network Value to Transactions (NVT) valuation system that is highly regarded by institutional investors. With the spread of the NVT valuation system in the blockchain world, Chris Burniske is also well known in the industry.

Why should I reread the Fat Agreement?

Why are we rereading such an article 3 years ago today? Because until today, the level of cognition of most of our domestic entrepreneurs and investors has remained at a very early stage, and no basic value judgment system has been formed.

If you learn earlier about these theories that have become common sense in the eyes of top investment institutions, you will keep a clear head and judgment in this noisy market.

For example, when some of China's big V advocated the "chain reform" theory last year, you may question: Can the two underlying logics of the Internet and the blockchain be patched together by a simple Token to really have a future?

You will also be sensible in the gambling Dapp mining game craze last year. The various SMG Dapps are the Layer 2 projects on EOS. Should you do the GUI (user interface) application or the "bottom engine" of the application first? In addition, should they really send money? Why is the Dapp life cycle of the currency so short, without the currency of CryptoKitties, FoMo3D has made huge institutional investment, where is the logic?

At the end of last year, public opinion advocated that the number and transaction volume of Dapp on EOS and even Tron chain far exceeded that of Ethereum. When the media collectively sang the Ethereum, you will also think about the TPS advantage of EOS and Tron. Is it really a core barrier? After POS, are they still in the same position , do they really want to know their future direction, and on the other hand, the DeFi ecology from Ethereum since 2016 has slowly become more and more leafy, and some people go to the real Have you seen it?

With these questions, reread this article, you will have new insights and gains. BlockBeats will use this as a starting point to bring you back to the new theoretical and systematic views of the blockchain industry in recent years. It is these views that allow us to discover the value of a new generation of anonymous coins, the rise of PoS and Staking, and the future blueprint of DeFi , and hope that everyone can form their own value judgment system.

Here is a way to think about the differences between the Internet and the blockchain. Previous generation sharing protocols (TCP/IP, HTTP, SMTP, etc.) produced immeasurable value, but most of them were acquired and re-aggregated at the application layer in the form of data (think Google, Facebook, etc.). In terms of how the value is distributed, the Internet technology stack consists of a "thin" protocol and a "fat" application. (Annotation: The difference between the proportions of the protocol layers in the two figures below can be seen as fat and thin) . As the market develops, we conclude that investment applications generate higher returns, while technologies such as direct investment agreements have low returns. We see this in two major blockchain networks, Bitcoin and Ethereum. The Bitcoin network has a market value of about $10 billion (by: the market value at the time of publication, the Ethereum valuation is the same), and the top companies built on its network can only cost hundreds of millions of dollars, and most companies may The "commercial fundamentals" standard is overestimated. Similarly, only one year after Ethereum's public release, its valuation reached $1 billion before its first truly breakthrough application. For most blockchain-based protocols, two factors lead to this result: the first is to share the data layer, and the second is to introduce theoretically valuable encrypted "access" tokens.

About a year ago, I wrote an article about sharing data layers. Although this article has been on hold for a long time, its main point remains: to replicate and store user data through open source and decentralized networks, rather than independent applications to access different information silos, we have lowered new participants. Enter the threshold and create an ecosystem: the products and services above will be more dynamic and competitive. For a specific example, think about switching from the Poloniex exchange to the GDAX exchange (renamed later renamed Coinbase Pro), or any of its dozens of cryptocurrency transactions, and vice versa, because they are Data and blockchain transactions have equal and free access. On the same and open source protocols, several competing, non-cooperative, but interoperable services can be built. This forces the market to find ways to reduce costs, make better products, or create better ways.

But only the open source network and the shared data layer are not enough to promote the public to adopt the blockchain. The second factor, the protocol token used to access network services (bitcoin transactions, Ethereum's computing power, Sia and Storj's storage), compensates for this problem.

At the United Square Investment (USV) meeting, we did a lot of discussions based on blockchain network investments, after which Albert and Fred wrote the following article. Albert views the agreement token from the perspective of stimulating open source agreement innovation: it can be used as a research and research and development fund (through crowdfunding), can create value for shareholders (by raising the value of the token), or both.

Albert's article will help you understand how tokens motivate protocol development. Here, I will focus on the incentives for tokens and how they affect the value distribution (which I call the token feedback loop). I need to point out two points about this feedback network. First of all, the initial growth is driven by speculation . Since most of the tokens are defined as scarce in the program, as the profit of the agreement increases, the price of each token and the market value of this network also increase. When profits grow faster than the supply of tokens, there is a bubble.

In addition to deliberately fraudulent projects, this is actually a good thing, speculation is often the engine of technology popularization [2]. Two aspects of irrational speculation – prosperity and depression – are very beneficial to technological innovation. Prosperity attracts capital through early profits, some of which are reinvested in innovation (how much Ethereum funds come from the profits of Bitcoin investors, and DAO funds come from the profits of Ethereum investors?), which can actually support new technologies for a long time. Use, as prices fall and capital outflows, stakeholders want to make them complete by promoting and creating value (look at how many Bitcoin companies today were early adopters after the 2013 crash).

The second point worth pointing out is what happens when the loop ends. When an application begins to appear and shows early signs of success (either by increasing usage or by financial investors' attention (resources)), two things happen for an agreement token market: New users will be drawn to the agreement, increasing the demand for tokens (because you need them to access the service – see Albert's analogy for using tickets at the show), and existing investors expect prices to continue to hold tokens. Further limited supply. This combination will encourage tokens to rise (assuming the new tokens are under-produced) , and the new market value of the agreement will attract new entrepreneurs and investors, and the cycle will repeat.

The significance of this dynamic process is the impact on the value distribution in the technology stack: since the success of the application layer drives speculation at the protocol layer, the market value of the protocol is always faster than the total value of all applications built on it. The growth of the protocol layer again attracts and stimulates competition at the application layer. The shared data layer greatly reduces the barriers to entry for applications, and the end result is a dynamic and competitive application ecosystem that distributes large amounts of value to a wide range of shareholders. This is how the tokenization agreement becomes "fat" and how its application becomes "skinny."

This is a huge change. A shared open source data layer with a reward mechanism prevents the "winners-to-eat" market, which changes the game rules of the application layer and creates a series of companies that are completely different from the protocol layer business model. Many of the rules already in place to start a business and invest in innovation do not apply to this new model, so today we have more doubts than answers. But we quickly understand the ins and outs of this market through blockchain research, and continue to share our insights following the practice of Union Square investment.

[1] Also known as the application currency, monetization – a pun) – written by Naval in 2014

[2] Edward Chancellor wrote a complete and interesting history of financial speculation and its social status (you will be amazed at how similar today's cryptocurrency speculation is to the financial boom that erupted before!), Carlota Perez describes capital by attracting financial capital The important role of bubbles in the research and development of new technologies. 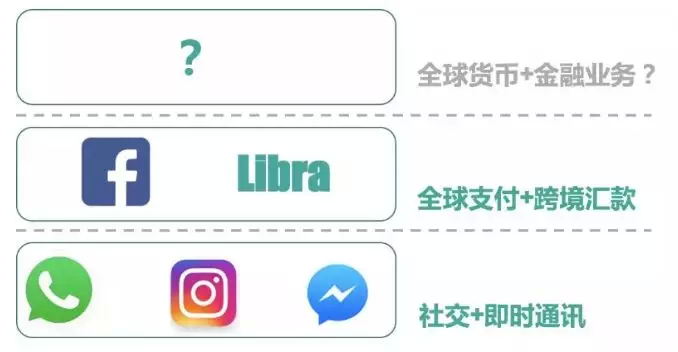 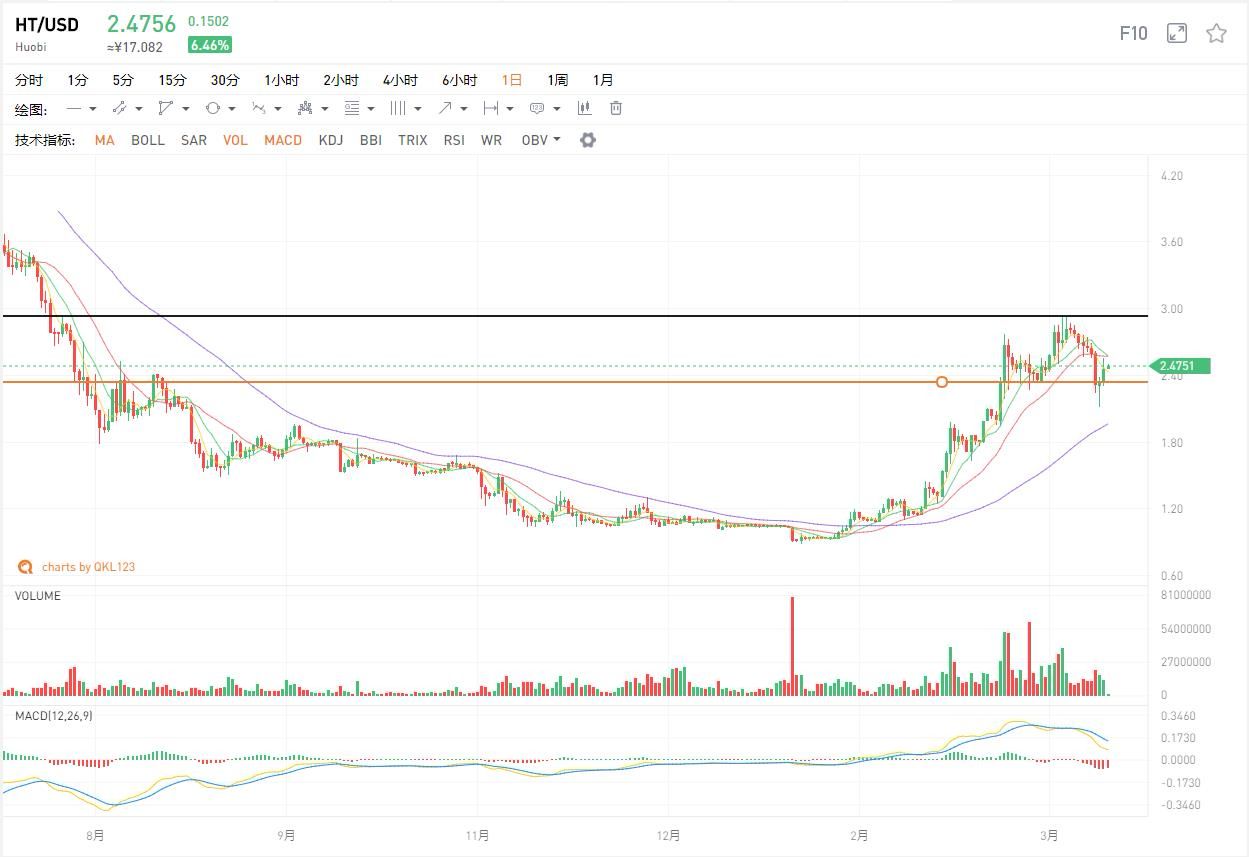 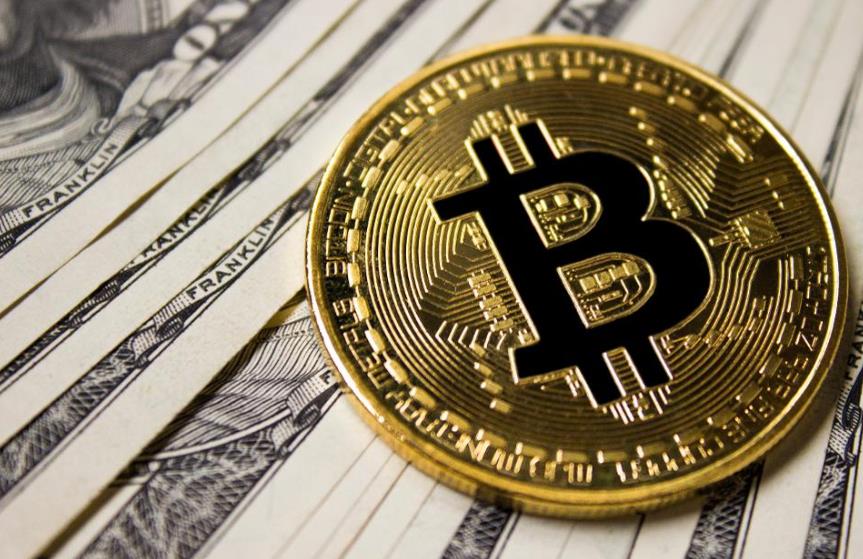