Following the widespread attention given to the development of the blockchain industry in October, recently, the first blockchain index of the two major exchanges in Shanghai and Shenzhen was officially released. On December 24, the Shenzhen Stock Exchange issued the Shenzhen Stock Exchange Blockchain 50 Index. According to the information disclosed by the China Securities Regulatory Commission, the application materials of the Penghua Shenzhen Stock Exchange Blockchain 50 ETF were also received on the same day. In the opinion of the industry, the release of the index and the declaration of related theme funds will promote more capital to enter the blockchain industry and promote better and faster development of blockchain technology. For investors, it is recommended to make a layout on the premise of understanding the industry and individual stocks, and in the early stages of industry development, it is recommended to configure index-enhanced products that are expected to obtain excess returns.

On December 24, the details of the approval progress of the China Securities Regulatory Commission showed that the application materials for Penghua Fund Management Co., Ltd.'s application for registration of public fundraising-Penghua Shenzhen Securities Blockchain 50 Transaction Open Index Securities Investment Fund were submitted on Received on the same day. It is worth mentioning that this is also the first public offering fund with "blockchain" in its name. Regarding the product's proposed fund manager and detailed operation mode, a reporter from Beijing Business Daily called and interviewed. Penghua Fund stated that the announcement shall prevail.

It is reported that the Shenzhen Stock Exchange Blockchain Index is based on the companies listed in the Shenzhen Stock Exchange, whose business areas involve the upstream and downstream of the blockchain industry as a sample space. They are ranked according to the average daily market value in the past six months from high to low, and the top 50 are selected. Of stocks constitute sample stocks. The index is weighted by free float market value, and the sample stocks are regularly adjusted on the next trading day of the second Friday in June and December each year. The base date of the index is December 31, 2012, and the base point is 1000 points.

Regarding the release of indexes and the declaration of related theme funds, people in the industry generally believe that it will promote more capital to enter the blockchain industry and promote the development of the industry. The long-term fund senior researcher Wang Yan believes that the release of the blockchain index will help investors to identify the companies that really conduct blockchain business, and the declaration of the theme funds is also expected to help investors with industry judgment to find suitable Investment tools.

Hong Shuning, a well-known blockchain expert, also pointed out that this marks that the blockchain has become one of the industries recognized by the mainstream society, and it is expected that more and more listed companies in the industry will strive to become constituents of the Shenzhen Stock Exchange 50 Index. At the same time, the opportunities for blockchain industry startups to be merged and acquired have greatly increased. As more capital enters the blockchain industry, it will also promote better and faster development of industry technology.

The development plan of the blockchain industry has attracted market attention. According to Hong Shuning, the blockchain in China and the world is still in the process of exploration from concept proof to trial application, and all industries have tried it. Currently it is mainly used in the fields of finance, government governance, supply chain management, certificate deposit, etc., but there are no visible successful applications except Bitcoin. In his opinion, the application of blockchain in the future will proceed in two directions: one is "blockchain +", which continues the current mainstream thinking and uses the blockchain to optimize various business processes; "Blockchain x" means to use blockchain technology to create new fields outside of existing business scenarios, such as decentralized finance and decentralized media.

So, is the current market environment suitable for investors to lay out the blockchain industry, and how should it be laid out? A large fund company insider said that it is more optimistic about the future development trend of the blockchain, but the industry is still in its infancy, and investors are advised to have a certain understanding of the industry and related individual stocks before deciding whether to lay out. As for the choice of fund products, as the number of theme funds increases in the future, index-enhanced products are more optimistic. "The initial stage of the industry's development has not been determined, and the fund products have a greater chance of obtaining excess returns. Under the premise of matching risk appetite, the allocation of more flexible index-enhanced funds is also expected to achieve higher returns." The insiders said.

Danger and Change: Can China Seize the Breakthrough Opportunity of the Digital Economy? 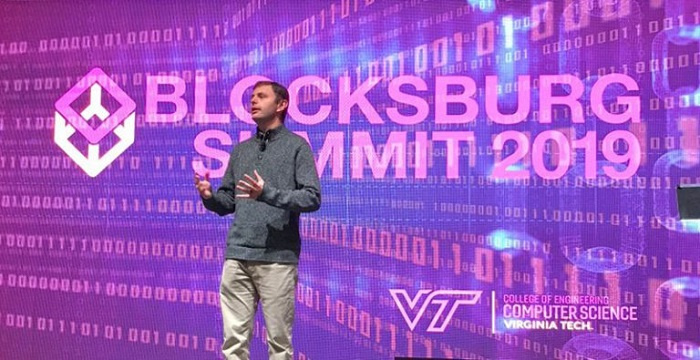